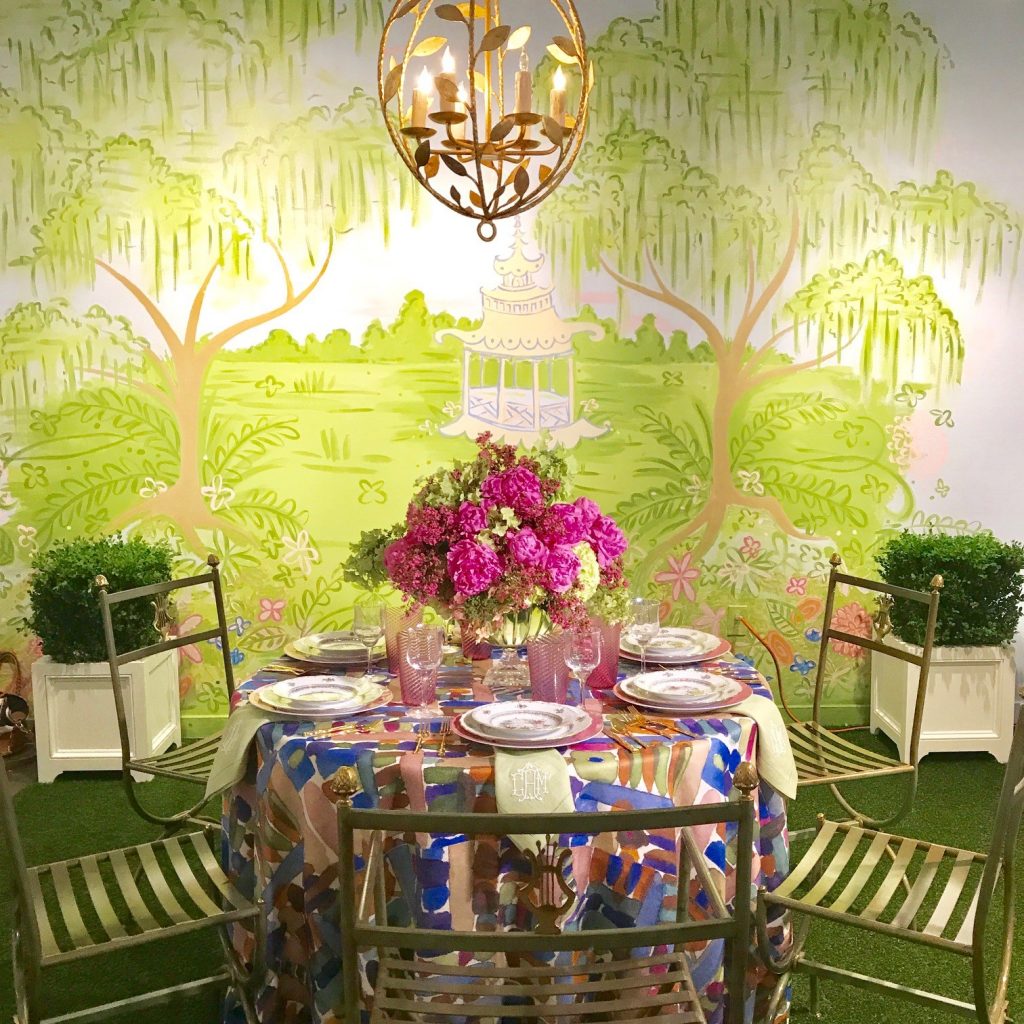 Last weekend we were delighted to participate in the Atlanta Food & Wine Festival’s “Designer Diner” sponsored by the Atlanta Decorative Arts Center and Atlanta Home magazine. This year’s theme was how Southerners do brunch in five different cities…Atlanta, Birmingham, Charleston, Charlotte and Nashville. Whether it be in a French bistro, a mom and pop diner or in your own mother’s kitchen, the story of the South’s food and drink traditions would be incomplete without paying homage to these local spots. The Designer Diner concept tells the story of this favorite meal in five Southern hubs, and the changing patterns in how Southerners eat, live and interact while also showcasing the South’s design aesthetic with five city-inspired designer vignettes.

We were thrilled to be representing the Queen City alongside award-winning chefs from favorite restaurants Barrington’s and Reid’s Fine Foods with fabulous mixologist Amanda Britton of 204 North Kitchen and Cocktails.