Identifying design trends from year to year has always fascinated me.The lifespan of a trend has been cut in half due to social media. Fashion typically influences what is seen in the design world.  Once a trend hits the runway, it will likely show up in the world of interior design the following season through fabrics, furnishings and accessories. See below for what is “in” and “out” from the design editors and experts…

FROM DAVID KEEPS OF THE WALL STREET JOURNAL: 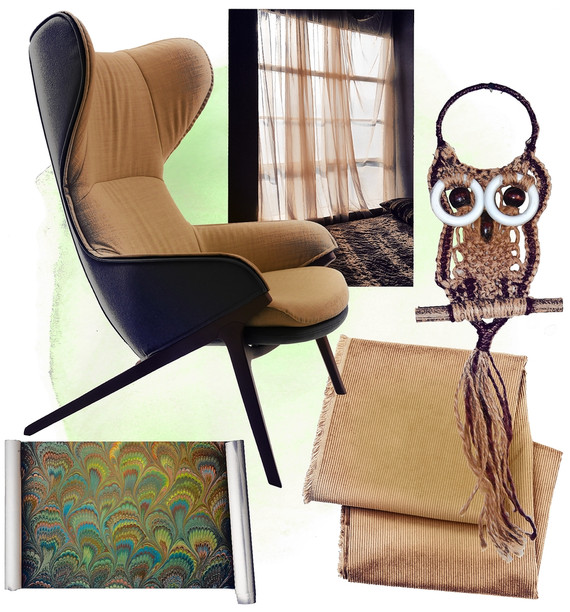 What’s in for 2014 Illustration by gluekit for The Wall Street Journal
1. Macramé and fiber-art wall hangings: “It’s sculpture for your wall that adds texture and replaces wallpaper or fine art you can’t afford,” said Ms. Burnham. “And we haven’t seen it since the 1970s. I think it’s time.” Early adopters include the Ace Hotel chain and architect Barbara Bestor.
2. Window sheers: The popularity of heavy drapes is drooping. “Everyone wants greater transparency and more light,” observed New York designer Celerie Kemble. And “sheers are no longer granny-ish and polyester,” said Los Angeles designer Kim Alexandriuk. “The new ones in linen and wool look rich.” For her part, Ms. Showers is partial to “limousine cloth, a sheer wool voile,” while Ms. Burnham dresses up sheer panels with inverted box pleats “for a more tailored, masculine look.”
3. Corduroy upholstery: “It’s the casual alternative to velvet and the preppy version of chenille,” said Ms. Burnham, whose library sofa is olive-green corduroy. Mr. Harte, who used Etro’s “hip and vibrant” purple corduroy on a gold-leafed bergère, is also a fan: “It looks really cool on formal chairs.” The wider the wale, the gutsier the statement.
4. Venetian marbled-paper prints: Found on the end papers of old books, these intricately swoopy patterns evoke “the romanticism of a bygone, pre-digital era,” said Mr. Wood. Mr. Bullard noted that the prints are seeing a renaissance on “everything from the chicest of wallpaper to finely silk-screened linens and gold-leafed porcelain.”
5. Deco hues: Color has been nudging gray and greige out of the picture, but, for many decorators, bright primary shades can still feel uncouth. “My favorite palette is anything muted and Deco-inspired: rose quartz, amethyst, topaz, olive, whiskey and raisin,” said Los Angeles designer Michael Berman. “Colors that appear to be filtered through smoke and sunlight.” One exception: Several designers expressed a creeping fondness for hits of acid yellow, especially to jolt an otherwise mellow color scheme. 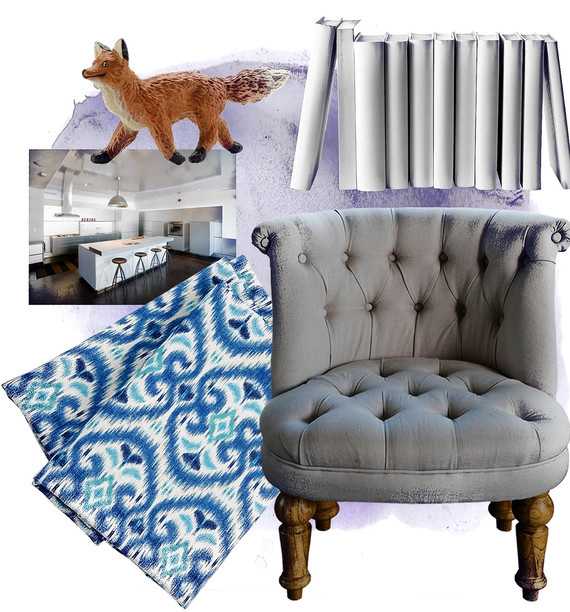 What’s out for 2014 Illustration by gluekit for The Wall Street Journal
1. Ikat prints: Historically used “to dress the grandest pashas, the ikat pattern has become a patchy print on kitchen towels,” said Los Angeles-based designer Martyn Lawrence Bullard. Laguna Beach designer Sheldon Harte agreed: “You know it’s over when it’s showing up on paper plates at CVS.”
2. All-white kitchens: A decade after the 2003 Diane Keaton film “Something’s Gotta Give” glorified the control-freak look, the all-white kitchen “feels cold, stark and humorless,” said New York designer Alexandra Champalimaud. NYC designer Fawn Galli still makes room for pallor, however: “The new white-glass appliances add cleanliness and calm, unlike ubiquitous stainless steel.”
3. Woodland creatures: The use of blinky owls, Machiavellian foxes, timid deer and, most recently, mushrooms as decorative motifs in artwork and textiles is verging on kitschy, said Ms. Galli. Try something that’s actually alive, said L.A. designer Betsy Burnham, a fan of potted fiddle-leaf fig trees.
4. Books reduced to décor: “It’s a statement about not reading,” said San Francisco designer Scot Meacham Wood of books that are dust-jacketed in matching colors, stacked into precious tabletop tableaux or—as one high-profile decorator actually did in 2013—arrayed on shelves with their spines to the wall. “It’s an affectation,” said Chicago designer Alessandra Branca.
5. The Belgian look: Devolving into a catalog cliché, the mix of freshly manufactured “antiques” with the linen upholstery and neutral tones so beloved by Belgian tastemakers like Axel Vervoordt “has influenced even our Main Street, U.S.A. vendors,” said Mr. Bullard. “You can’t do a whole room like that without it looking like a hotel lobby,” added Dallas designer Jan Showers.

FROM MICHAEL BOODRO OF ELLE DECOR:

The kitchen has long since become the heart of the home, and now designers are dressing it up accordingly. Kelly Wearstler and Stephen Gambrel are fitting out kitchens with elaborate custom cabinetry painted in rich gemstone colors, and accented with gleaming brass or chrome, all lit by unusual lighting fixtures. And companies such as Caesarstone and Antolini have devised composite surfaces that mimic malachite, agate, and other exotic semi-precious stones, perfect for dramatic countertops and backsplashes. Kitchens are becoming downright glamorous.

Maybe as a reaction to all the dark wenge and other woods we’ve been seeing in furniture for so long, lighter, honey-color woods such as walnut, oak, and cherry are looking fresh. Two standout collections that include lots of lighter woods are David Easton for Chaddock and Ralph Lauren Home
are

It was everywhere at High Point this fall and we expect to see it a great deal in 2014. Perhaps this is the culmination of all the blues and greens we’ve been seeing in the past couple of years. Turquoise showed up in upholstery, wall coverings, and on furniture. And we’re talking deep and saturated, not pale and wimpy.

The popular hide rugs have climbed up onto sofas and chairs and even to tables and consoles. You’ll want to pet the furniture in the months ahead. At Lee Industries, you can even choose whether to have a chair upholstered in a summer (shorter) or winter (longer and curlier) fur. And at High Point, Bernhardt featured a handsome console that was covered in the soft skins—a nod to both the trend and classic Jean-Michel Frank designs.

5. THE END OF THE DISTINCTION BETWEEN INDOOR AND OUT

Outdoor fabrics have undergone a revolution, and now the design of outdoor furniture is keeping pace. Soon you’ll be wondering if you shouldn’t be lugging your outdoor pieces inside. Gloster has brought Danish modern style to the patio, and Bunny Williams’s new collection for Century and Michael S. Smith’s for Brown Jordan make it possible to have all the style you are used to in the living room out under the open skies. And the fabrics, by Sunbrella, Perennials, and many other companies are more varied and luscious than ever, so the possibilities for stylish outdoor living are virtually endless.

The images below show recurring themes I saw at Maison & Objet in Paris and High Point Market this fall. I would gladly welcome any of these gorgeous objects into my home… 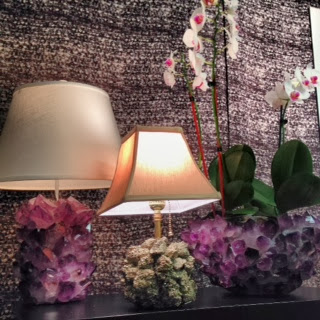 “Style is thumbing its nose and the dogma of seriousness. A cunning maximalism is making life happier. Disrespectful mash-ups, quirky subversions, provocative collages and chaotic combinations are mixing up the codes of neoclassical culture and digital pop culture. Chic and striking, the new iconoclastic bling style is going all in for boldness.  On the entertainment menu: humor, derison and quirkiness.” – L’Observetoire de Maison et Objet 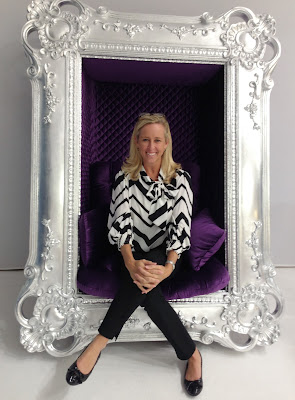 One of my favorite art installations at Maison et Objet was a booth entitled “Funt@sy.” It was such a refreshing reminder to not take ourselves too seriously and have more FUN with adorning our interiors. The tongue and cheek display took items from hundreds of vendors at the fair and did a clever mash-up of what to expect in art, design and fashion going forward… 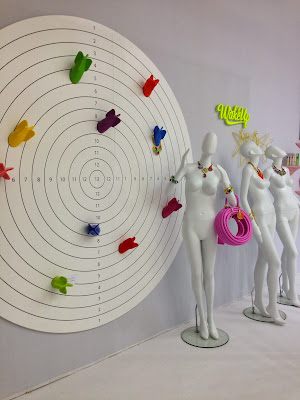 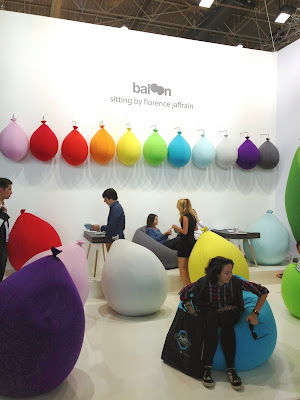 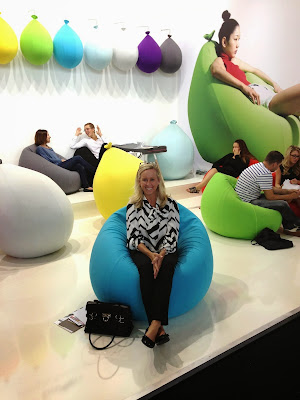 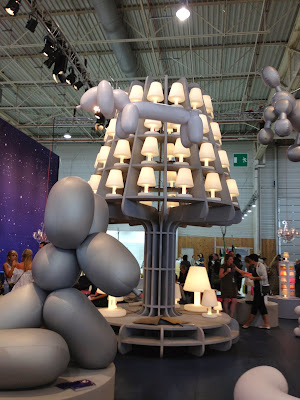 Curiosities and taxidermy were prevalent everywhere…from the fairs to the design boutiques to the flea markets.  For the real thing, Deyrolle is still THE place to go.  For the preservationists and animal overs out there, these items may be more appropriate below… 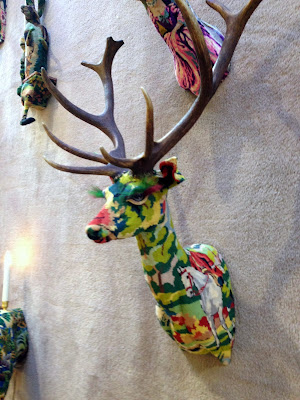 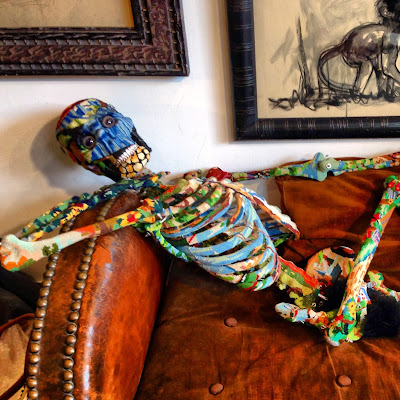 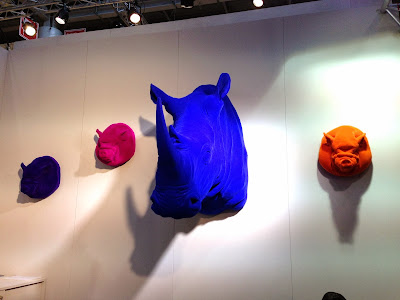 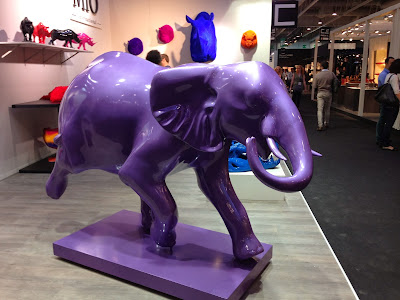 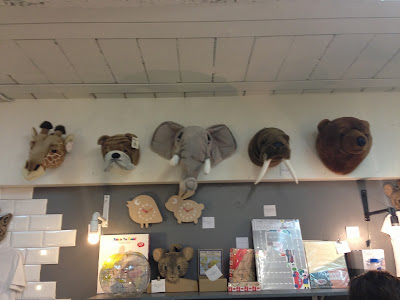 If you are interested in any additional information on any of the objects seen here, please do not hesitate to contact us at the design studio.