On June 9, 2014 - CREATIVE MINDS
The latest issue of Peachy is now live featuring Charleston, South Carolina….undoubtedly the most charming historic town with the most endearing creative community I have ever encountered!  I was thrilled to write about Cortney Bishop, who hails from my hometown of Atlanta, and lives in the blissful beach haven of Sullivan’s Island. Cortney’s work has been described as having a “New Southern” vibe, incorporating her love of art, fashion and music into all aspects of her work. See below for the idyllic Isle of Palms retreat she created for close friends and clients. Please be sure to read the full magazine, by clicking here.

TRINA TURK: TALK OF THE TOWN

Don’t miss out on a fabulous evening of fashion, fun and inspiration from designer TRINA TURK! Proceeds benefit educational programs at The Mint Museum.

Jodianne Johnson and Windy O’Connor are planning an amazing evening for the Mint Museum Auxiliary with the renowned fashion designer Trina Turk. Trina Turk is both inspired by and represents the lifestyle of California: optimistic, progressive, accessible, effortless, colorful, and confident. Her ready-to-wear, accessory, and home collections are influenced by her love of vintage apparel, jewelry, and accessories from the ’60s and ’70s, modernist and graphic arts, and mid-century modern architecture. Turk is widely known for her use of dynamic colors and signature prints, from bright florals to bold graphics to vintage inspired jacquards. The talented Ms. Turk will guide our members through her Mid Century Modern Musings and its influence on her designs. After the lecture, guests will enjoy a fashion show and live auction.

Due to increased demand, a limited number of tickets have been released for additional seating. Please contact Anne Poole at 704-376-2224 or trinaresponse@gmail.com for availability. Tickets are $100 for Mint Museum Auxiliary members and $110 for Guests. For more information and to download the invitation, please see www.mintmuseumauxiliary.org/fall-enrichmint-forum. Proceeds from the event benefit The Mint Museum. Parking is available in the Duke Energy building.

A two night stay in a one bedroom villa at the hippy-chic and glamorous Parker Hotel. The mid-century modern boutique hotel was redesigned by ceramics and home furnishings guru Jonathan Adler. The large one bedroom villa includes a king size bed and a queen size sofa bed. The 13 acre estate features 2 saltwater swimming pools, 3 fabulous restaurants, clay tennis courts, croquet, petanque, and a full service spa known as The Palm Springs Yacht Club.  The spa’s cheeky manifesto reads, “We believe in inner beauty. But, do what you can on the outside.” and “We believe you are only young once…but you can be immature forever.” In addition to the trip, the winning bidder will also receive a $1,000 Trina Turk shopping spree at her flagship Palm Springs boutique. Perfect for a couple’s holiday or girls’ getaway. Airfare not included. For more information, please see
www.theparkerpalmsprings.com. 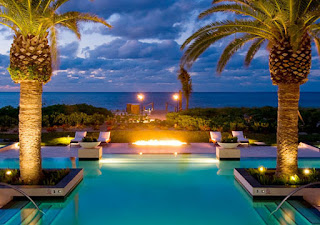 A trip for two nights in a luxury one bedroom oceanfront villa at the Grace Bay Club in the Turks and Caicos. The stunning resort is ranked as one of the Leading Hotels of the World. The Anani Spa offers any treatment you can imagine along with a spa tent for oceanfront treatments. Activities include snorkeling and scuba-diving, sailing, windsurfing, kayaking, tennis, golf and world class bone fishing and deep sea fishing. In addition to the trip, the winning bidder will also receive a $1,000 Trina Turk gift card to go towards an island wardrobe. Airfare not included. For more information, please see www.gracebayresorts.com 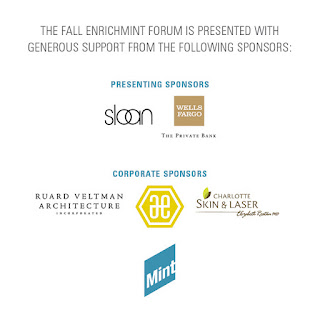 Last week, I said goodbye to my fortieth year.  I remember when my parents turned forty and it seemed like they were senior citizens.  My father surprised my mother with a jukebox that she filled with all of her favorite 45 records (remember those?)  In reward for good behavior growing up, my mother would let me and my brother go to the record store every Friday after school and pick out songs for the jukebox.  It was the highlight of our week.  Our house was always full of dancing and music growing up.  When I turned forty, I knew exactly how I wanted to celebrate….design my own disco and have a rowdy dance party….

Every great party should start with a clever invitation to set the tone.  Elizabeth Peters of Arzberger Stationers helped me create the perfect invitation.  She is incredibly creative and over delivers on every project.  She found a reflective metallic ink that tied in with the disco theme beautifully. We used a silver envelope with pink ink and a custom pink disco ball stamp to complete the package.

My dear friend and florist extraordinaire Jay Lughibihl of In Bloom graciously allowed me to convert his warehouse space into the disco of my dreams. He shares space with the talented event consultant Dina Berg Blazek who kindly helped me track down some hard to find hot pink tinsel draping and disco balls of all sizes. Unfortunately, we were all having so much fun we forgot to take a picture of the 15 disco balls hanging overhead washed in hot pink spot lights. The image below gives a glimpse of the space.

In addition to the decor, I wanted to make sure we had the proper festive and lively atmosphere for the party.  Our DJ was outstanding and the dancers flanking the DJ booth inspired even the wallflowers to GET YOUR GROOVE ON-our motto for the night…