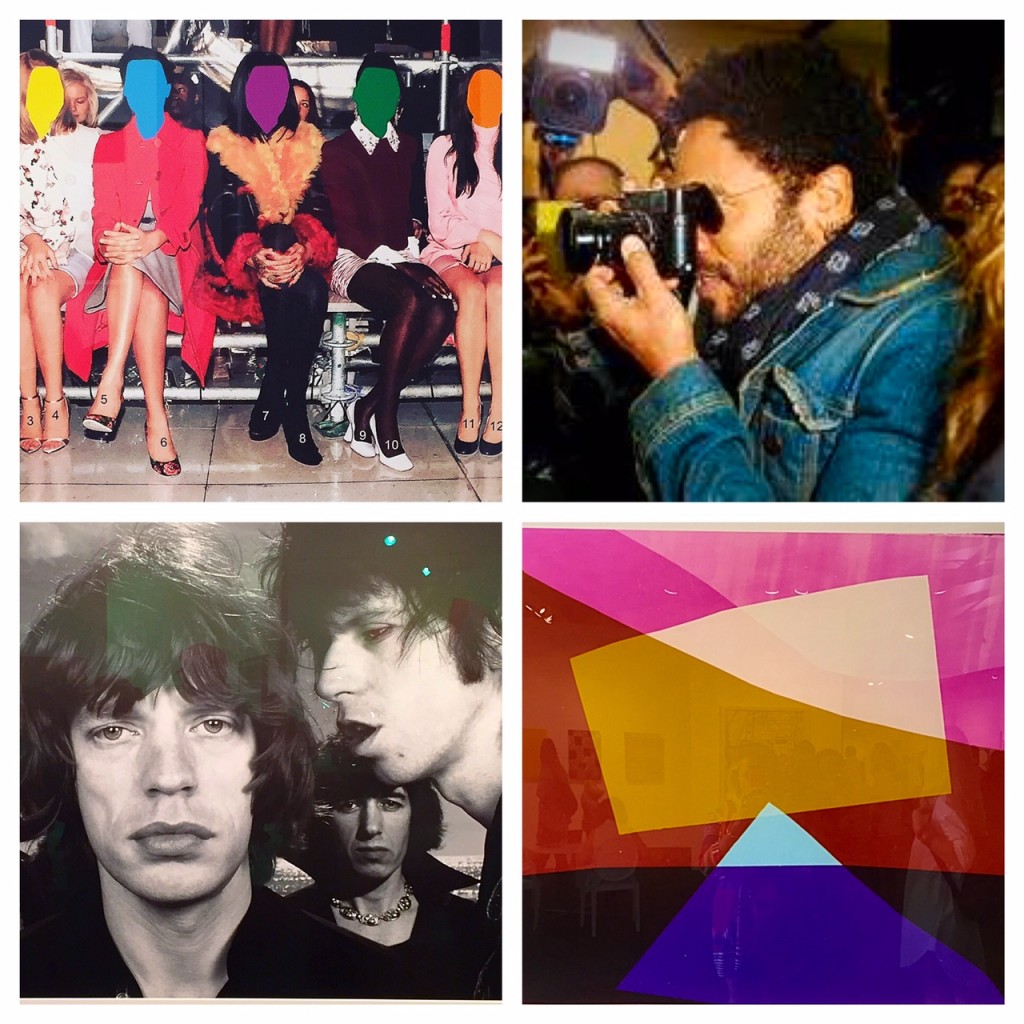 Breaking boundaries and pushing the limits of a medium requires an extraordinary amount of creativity and courage. Two mediums that blew my mind at the fairs this year were Photography and Paper Art. The way the artists manipulated their subject matter and used their craft in unexpected ways shows the pure genius of the artists seen below.

Initially a painter, Baldessari began to incorporate texts and photography into his canvases in the mid-1960s. In 1970 he began working in printmaking, film, video, installation, sculpture and photography.He has created thousands of works that demonstrate and combine—the narrative potential of images and the associative power of language within the boundaries of the work of art. 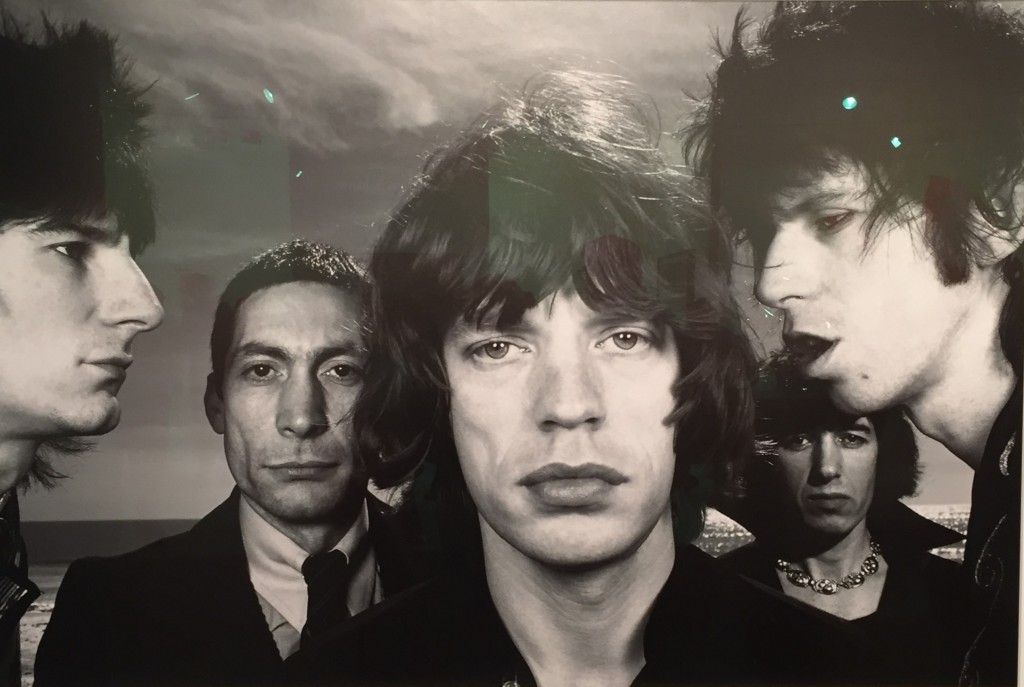 Hiro (Yasuhiro Wakabayashi), is a Japanese-American fashion photographer, born in China to Japanese parents who later returned to Japan. He moved to New York in 1954 and in 1956-7 assisted Richard Avedon. The years 1958-60 brought him to Alexey Broditch, whose personal assistant he became, and from whom he received both influence and encouragement. Combining simple but elegant design with sophisticated technique and striking colour, he opened his own New York studio in 1958, receiving commissions from Harper’s and other fashion magazines. Within only a few years, Hiro became a star fashion photographer in his own right. He made significant contributions as a staff photographer to Harper’s Bazaar from 1956 to 1975, and was named Photographer of the Year by the American Society of Magazine Photographers in 1969. One of his early celebrated photographs is a 1963 image of a Harry Winston diamond necklace placed on a bovine hoof. Surreal and unique, Hiro’s photographs are noted for their elegance and clean appearance. These qualities are established by the use of uncommon lighting, the juxtaposition of unexpected elements, and his signature use of color. Hiro is well known for his unique aesthetic, extreme originality, and the precision of execution of his vision. The trade magazine American Photographer devoted an entire issue to him in 1982. His work extends beyond fashion and advertising to personal explorations, including portraits, children, and landscapes 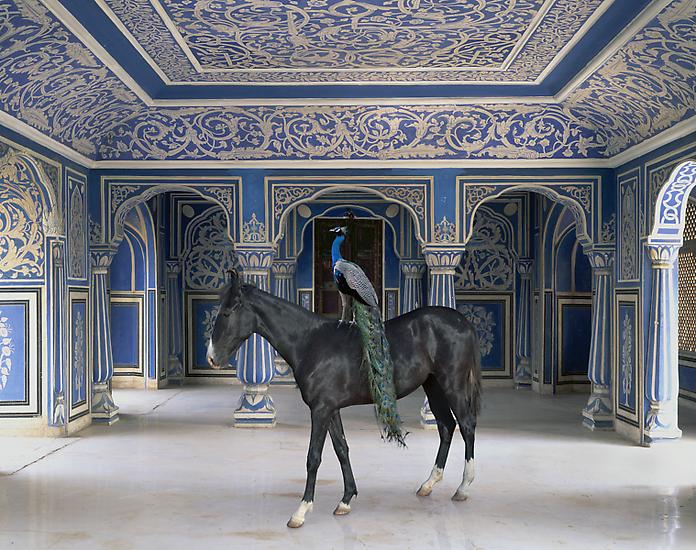 Karen Knorr was born in Frankfurt am Main, Germany, raised in San Juan Puerto Rico, and educated in Paris and London. She has lived in England since the 1970s creating a large body of work that has developed a critical and playful dialogue with photography. Her themes range from investigating the patriarchal values of the English upper classes to addressing the role of animals and their representation in art. Using photography to explore cultural traditions, from the gentlemen’s clubs of Saint James to the luxuriant interiors of Indian palaces, Knorr’s work reaches out to engage conceptual art, visual culture, and feminism. 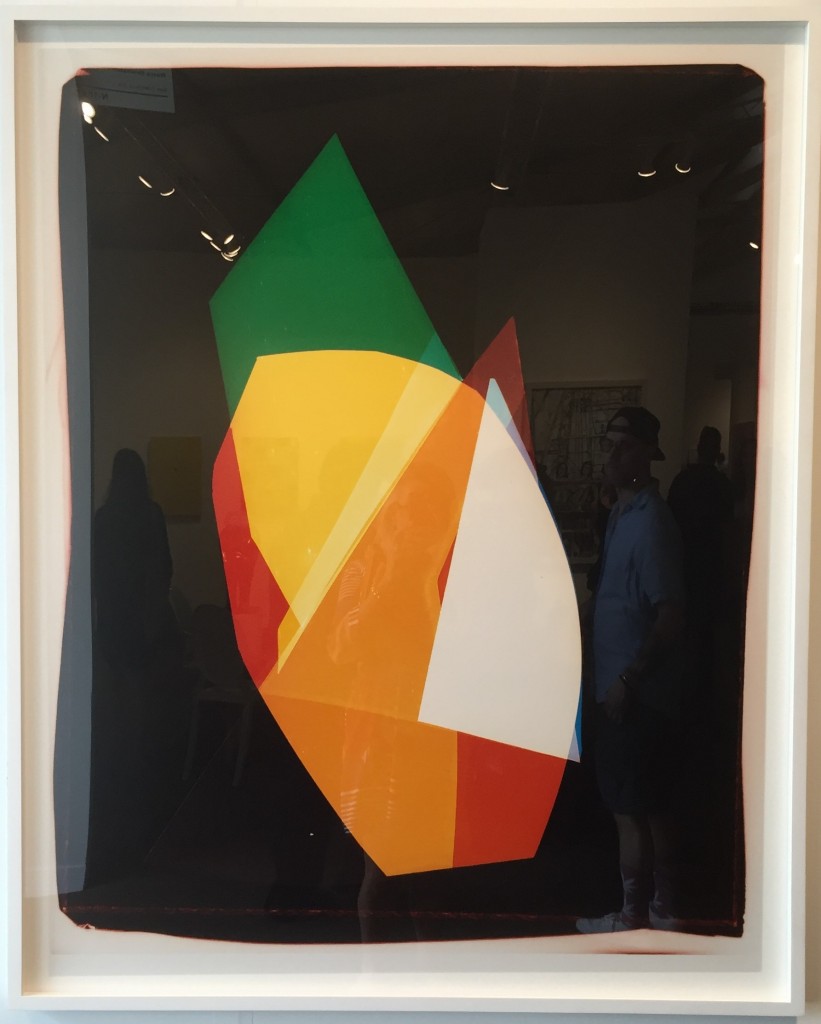 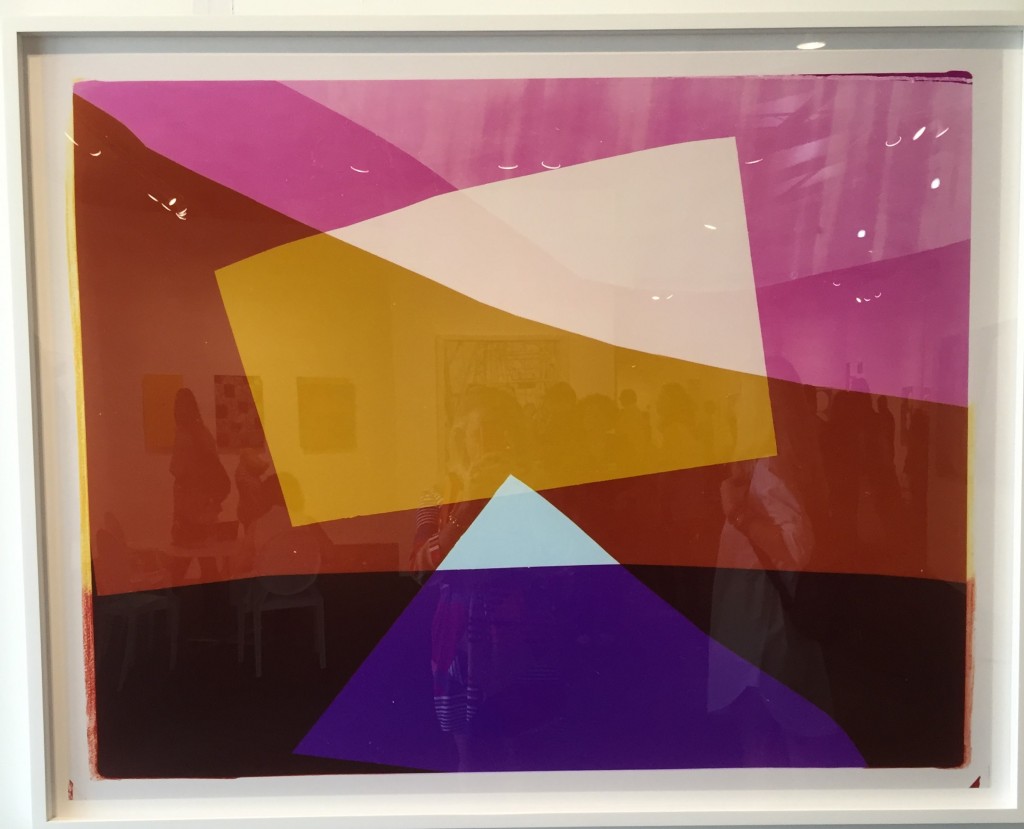 Liz Nielsen’s unique, jewel-toned photograms take photography in a new and unexpected direction. She uses handmade, transparent color gels and filters to create complex and layered compositions. When she makes the work, her studio darkroom becomes a stage for an unseen performance; she skillfully shines lights through blocks of color and whizzes flash bulbs and candles past the light-sensitive photo paper. The resulting works teeter playfully between representation and abstraction. Nielsen’s work can also be found locally at SoCo Gallery. 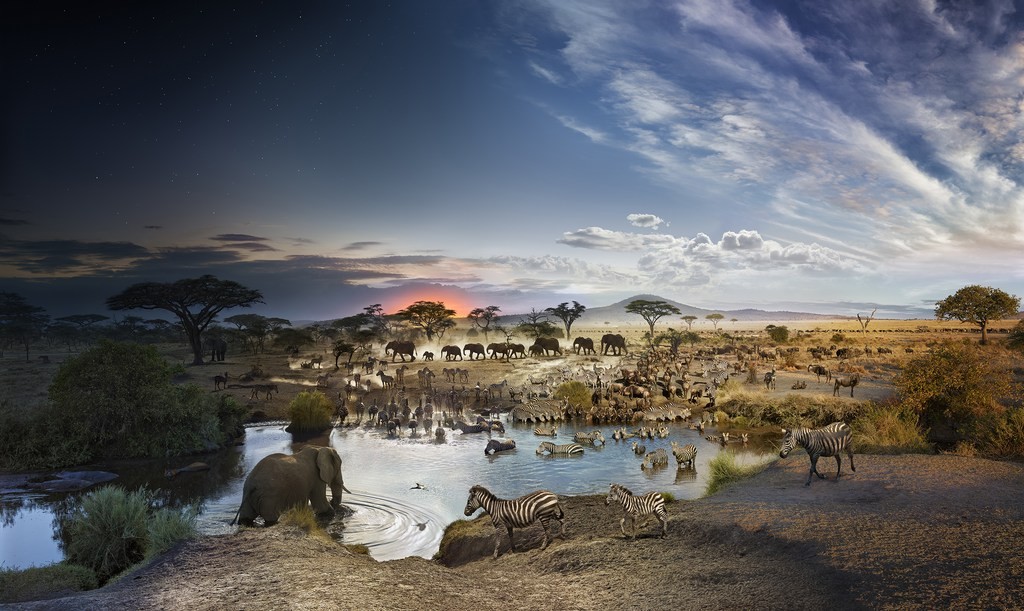 Since opening his studio in New York City in 1983, photographer Stephen Wilkes has built an unprecedented body of work and a reputation as one of America’s most iconic photographers, widely recognized for his fine art, editorial and commercial work. Day to Night, Wilkes’ most defining project, began in 2009. These epic cityscapes and landscapes, portrayed from a fixed camera angle for up to 30 hours capture fleeting moments of humanity as light passes in front of his lens over the course of full day. Blending these images into a single photograph takes months to complete. Day to Night has been featured on CBS Sunday Morning as well as dozens of other prominent media outlets and, with a grant from the National Geographic Society, was recently extended to include America’s National Parks in celebration of their centennial anniversary. The series will be published as a monograph in 2017. 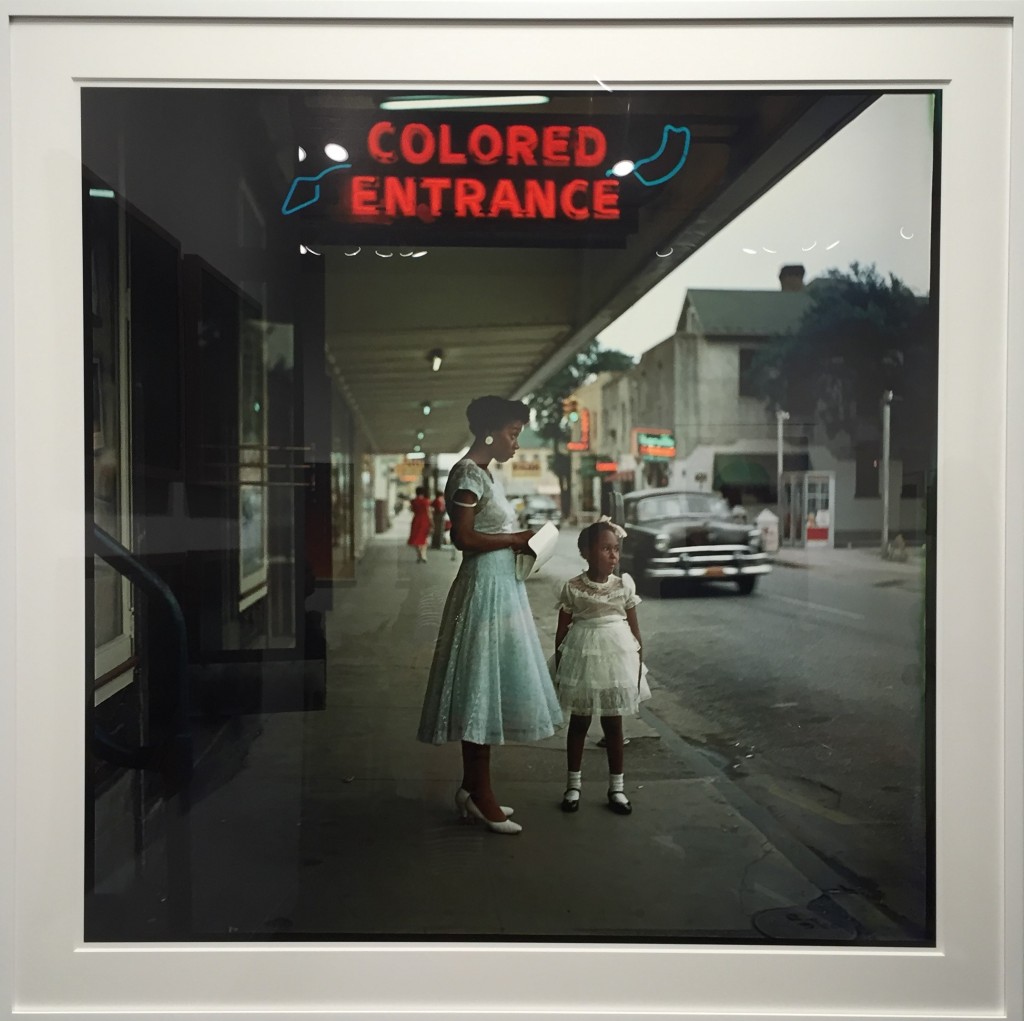 Gordon Parks was one of the seminal figures of twentieth century photography. A humanitarian with a deep commitment to social justice, he left behind a body of work that documents many of the most important aspects of American culture from the early 1940s up until his death in 2006, with a focus on race relations, poverty, civil rights, and urban life. In addition, Parks was also a celebrated composer, author, and filmmaker who interacted with many of the most prominent people of his era – from politicians and artists to celebrities and athletes. 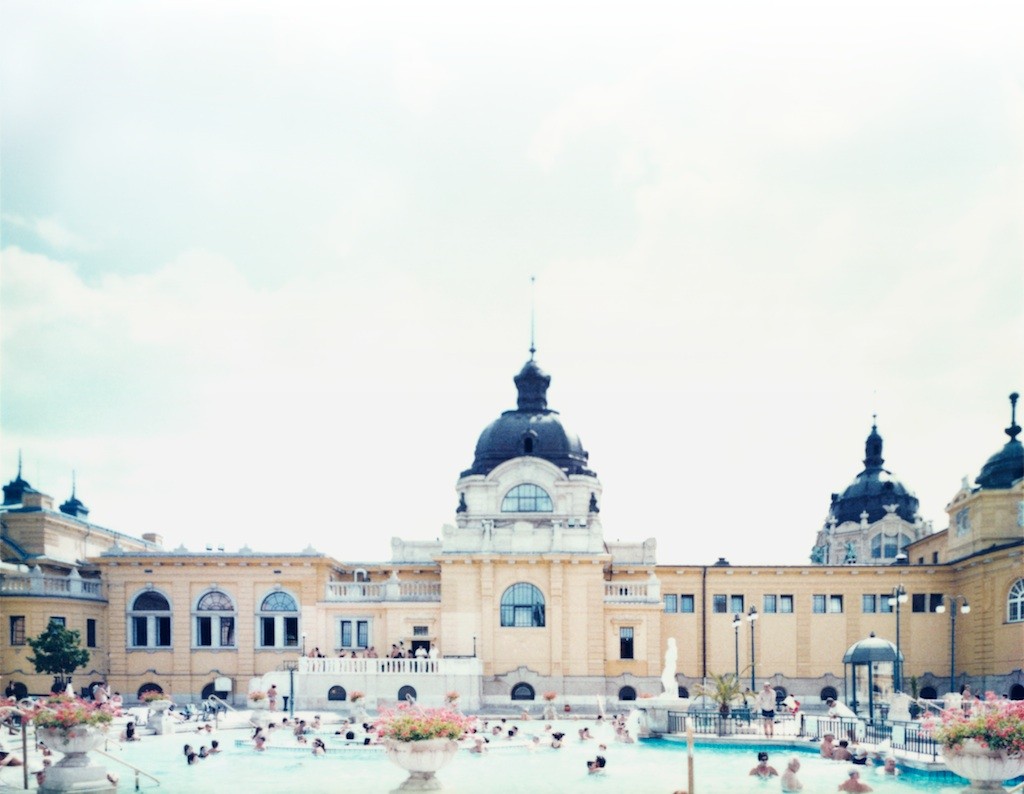 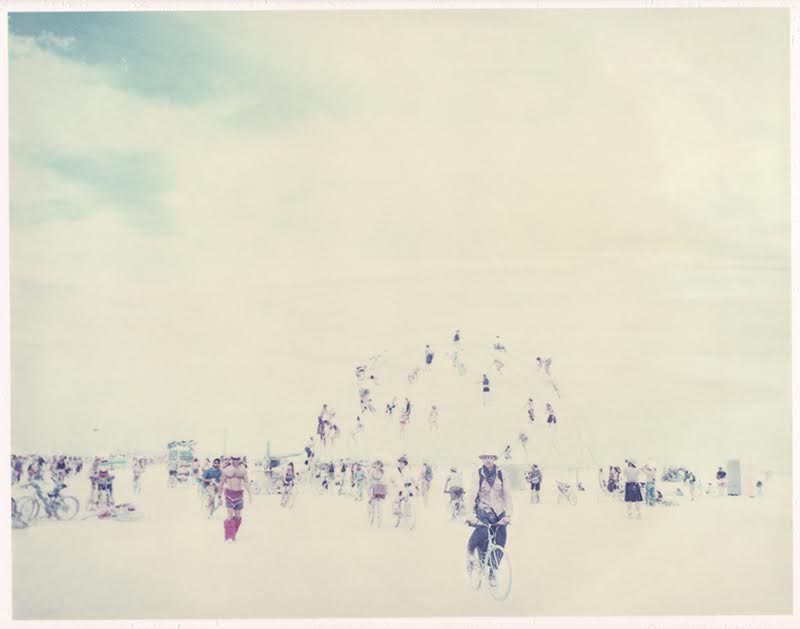 Greek born Yiorgos Kordakis lives between New York City and Athens and has perfected a large format Polaroid photography method with Inkjet technology and fine Art Archival Paper. Kordakis’ popular Global Summer series has captured viewers across the US and Europe who are fascinated with his images of blurred people and structures creating complex abstract patterns. Since  1997  Kordakis  has  been   working  as  a  freelance  photographer,  concentrating  on  panoramic  scenes  that  are  wrought   with  great  emotion  and  visual  splendor.  With  regular  exhibitions  in  Paris  and  work  in   several  collections,  he  has  presented  his  photographs  throughout  a  number  of  European   cities,  including  London,  Athens,  Paris,  and  Frankfurt. In  his   work,  the  artist  gestures  towards  ephemerality  and  transience,  and  particularly,  the   underlying  similarities  revealed  in  different  cultures. 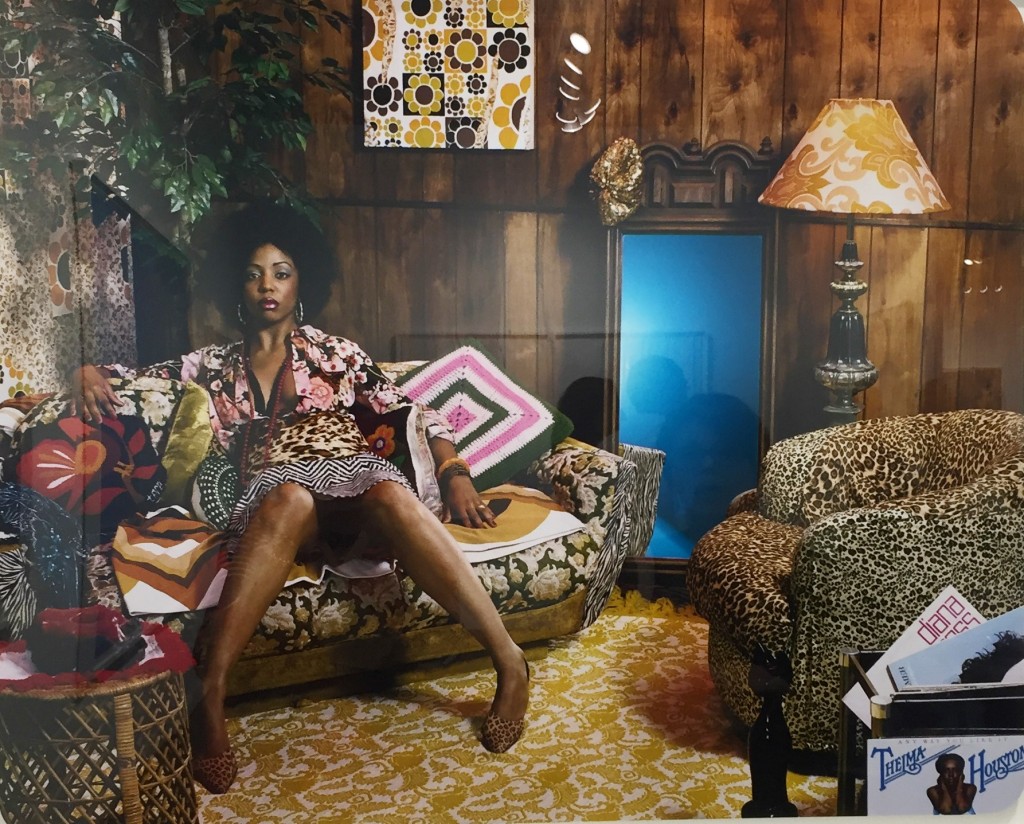 New York-based artist Mickalene Thomas is best known for her elaborate paintings composed of rhinestones, acrylic and enamel. Thomas introduces a complex vision of what it means to be a woman and expands common definitions of beauty. Her work stems from her long study of art history and the classical genres of portraiture, landscape, and still life. Inspired by various sources that range from the 19th century Hudson River School to Édouard Manet, Henri Matisse and Romare Bearden, she continues to explore notions of beauty from a contemporary perspective infused with the more recent influences of popular culture and Pop Art. Thomas first began to photograph herself and her mother as a student at Yale. While working across multiple series, much of her photographic work functions as a personal act of deconstruction and reappropriation—both of images she has created herself and images she has singled out as influence.

Lenny Kravitz showed 50 of his photographs presented by The Leica Galleries and Reiner Opoku in the Design District. The exhibit is called “Flash” derived from the paparazzi.  After a lifetime of paps bugging him and interrupting his photography hobby, Kravitz turned the cameras back on them. The result is a series of stunning high-contrast black-and-white photos that offer a never-before-seen perspective on fame from one of music’s most recognizable faces. 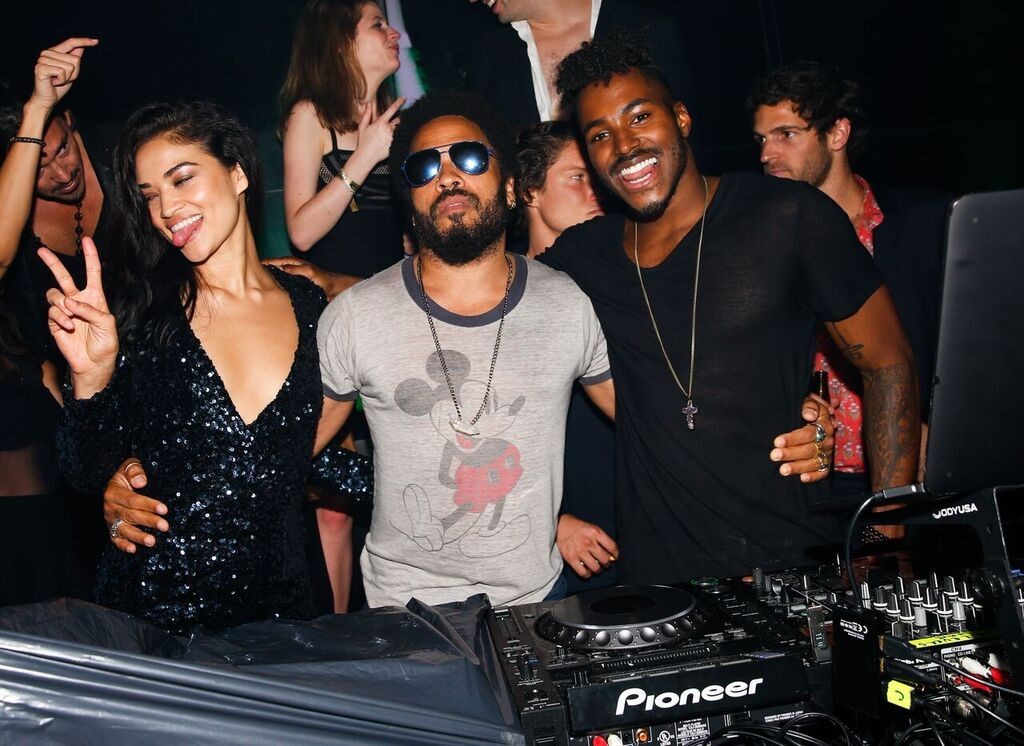 Lenny also showed off his skills as a DJ at the annual Aby Rosen fete extrordinaire. 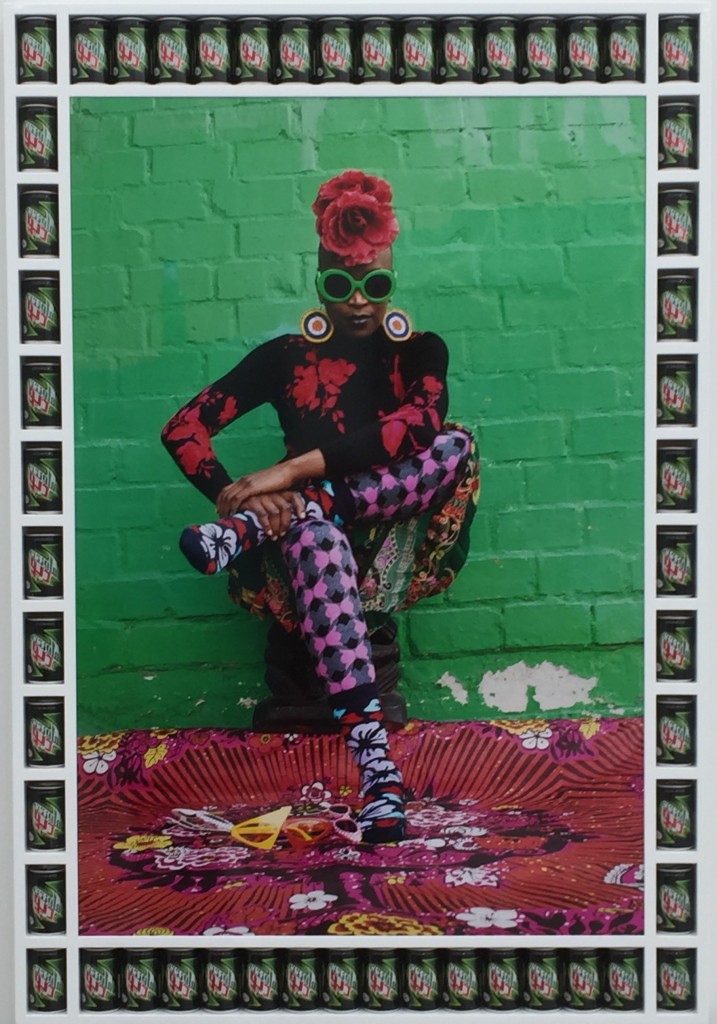 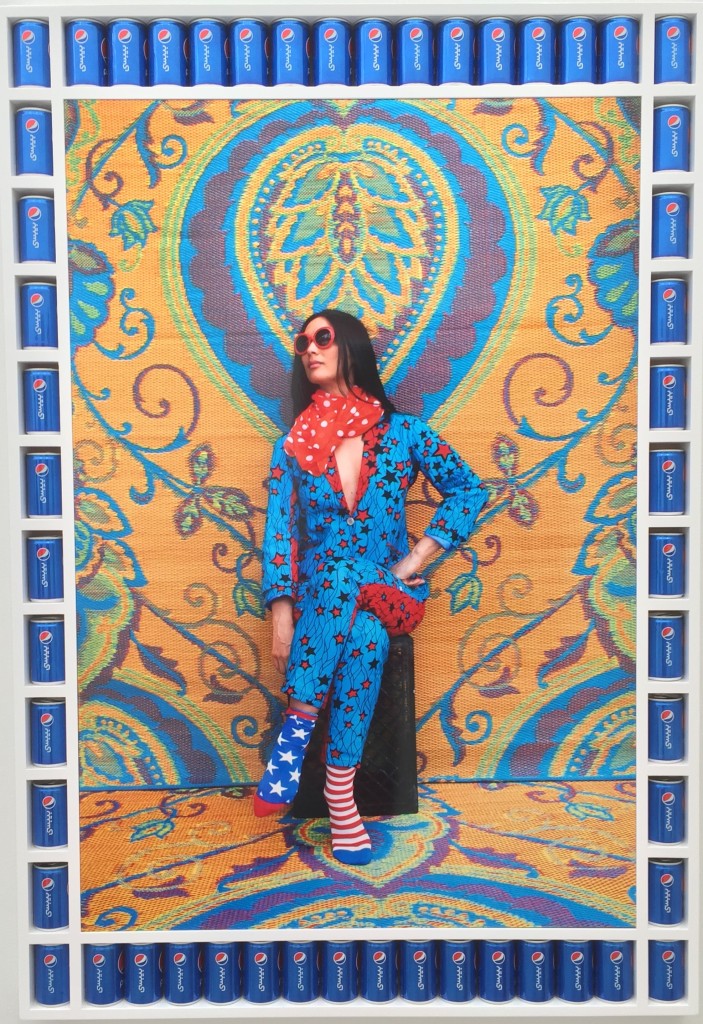 Born in Larache, Morocco, in 1961, Hassan Hajjaj left Morocco for London at an early age. Heavily influence by the club, hip-hop, and reggae scenes of London as well as by his North African heritage, Hajjaj is a self-taught and thoroughly versatile artist whose work includes portraiture, installation, performance, fashion, and interior design, including furniture made from recycled utilitarian objects from North Africa, such as upturned Coca-Cola crates as stools and aluminum cans turned into lamps.  Turning to photography in the late 80s, Hajjaj is a master portraitist, taking studio portraits of friends, musicians, and artists, as well as strangers from the streets of Marrakech, often wearing clothes designed by the artist. These colorful and engaging portraits combine the visual vocabulary of contemporary fashion photography and pop art, as well as the studio photography of African artist Malick Sidibe, in an intelligent commentary on the influences of tradition in the interpretations of high and low branding and the effects of global capitalism. 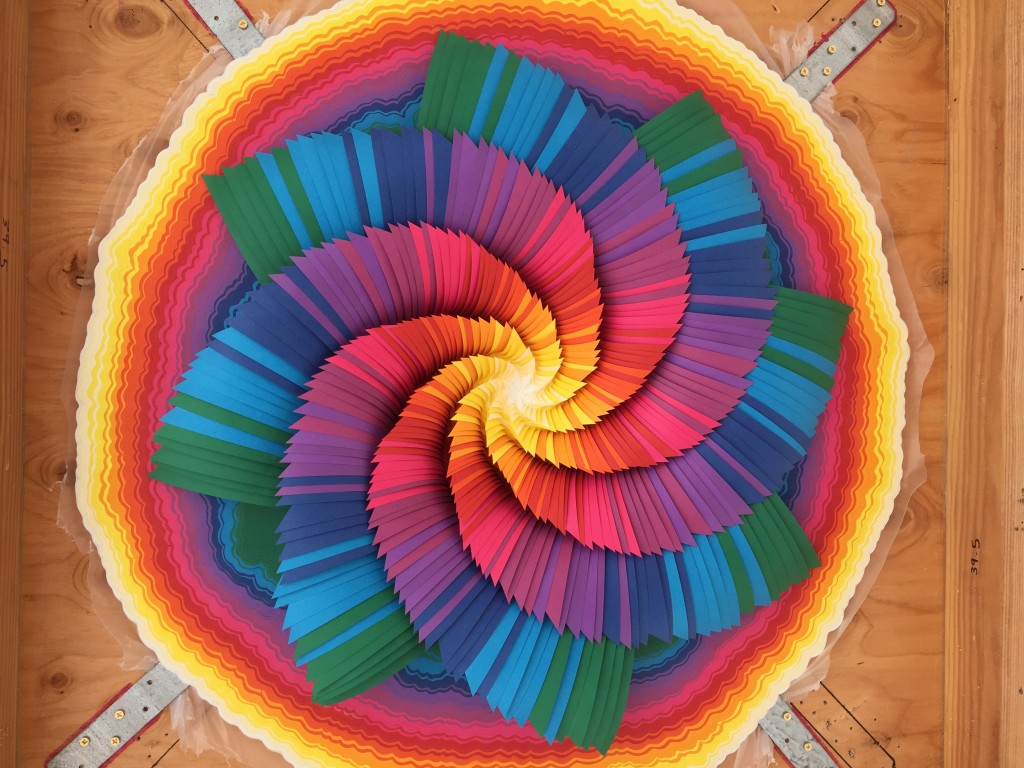 Jen Stark is a contemporary artist whose majority of work involves creating paper sculptures. She also works with drawing and animation. Her work draws inspiration from microscopic patterns in nature, wormholes, and sliced anatomy. She studied at the Maryland Institute College of Art, graduating Magna Cum Laude with a BFA majoring in Fibers with a minor in Animation. Stark’s ideas are based on replication and infinity, echoing patterns and intelligent designs found in nature. Since expanding her medium from paper to include wood and even mirrors, Jen Stark’s oeuvre of optically and methodologically baffling sculptures and drawings has enjoyed a renaissance of context. Her signature creations combine a variety of materials that have acted as a catalyst for more established spiritual proclivity as expressed through hypnotic mandala-like configurations. Click here to see more of her work. 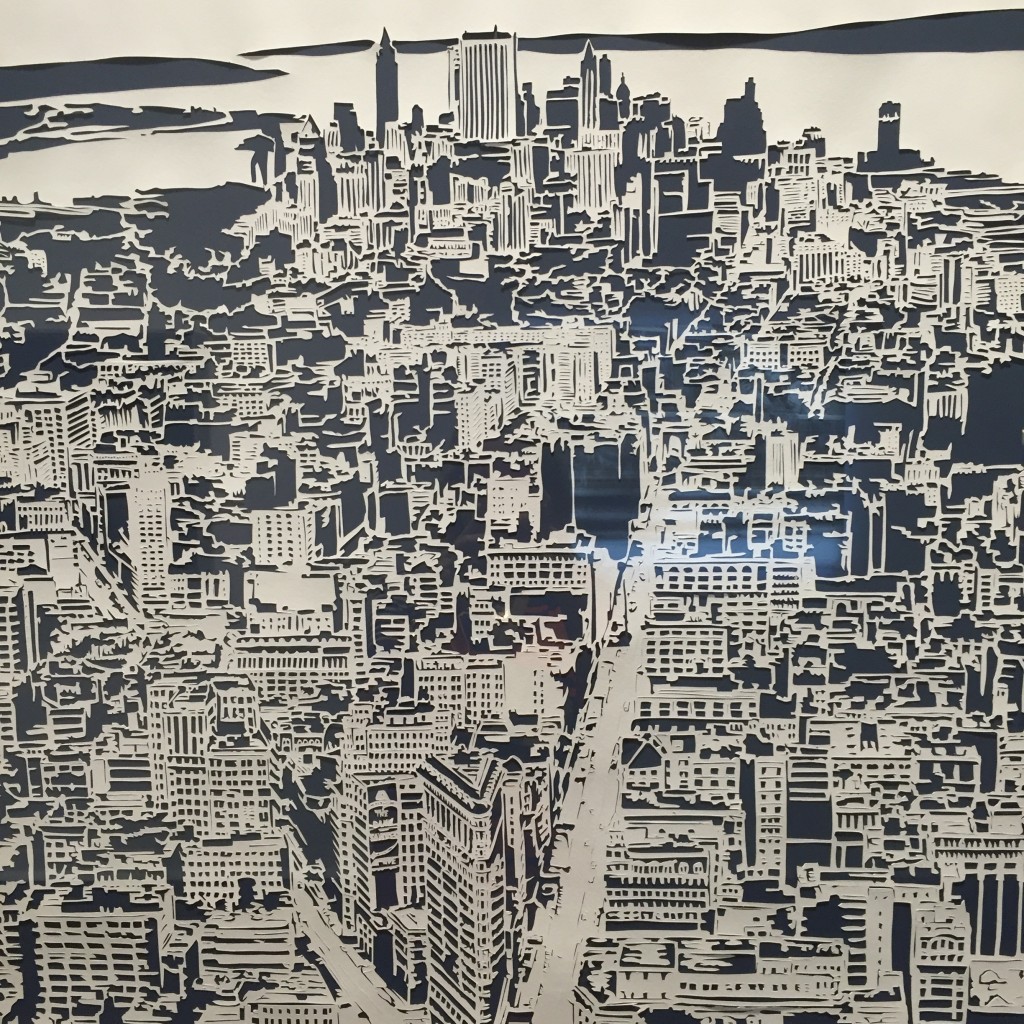 “From the Empire State Building, 1960” by Thomas Witte through Davidson Contemporary

Thomas Witte’s work is fascinated with time. He begins with slides of family photographs (images captured in a millisecond, often by an absent-minded, amateur eye), and then, through a painstaking process involving myriad drawings, multiple stencils, and meticulous spray painting, he recasts a mundane moment from the past as a vivid experience in the present. Witte creates a collage of the past and the present in all aspects of his work. He takes vintage photographs, of people and moments long forgotten, and imbues them with fresh storylines and renewed vigor. The old and the new fuse in a burst of Witte’s creative energy. Watch the video below to see his process.. 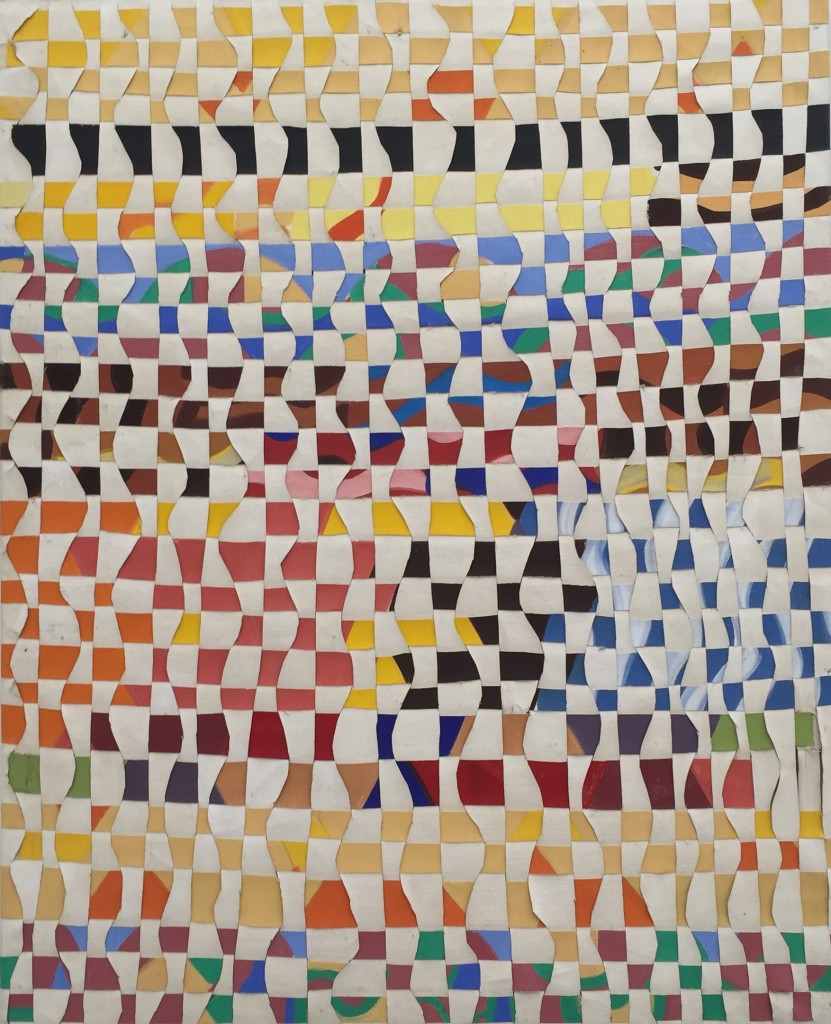 Confidence in the possibilities of paper as an artistic language has led to Teresa Lancet making a renewing work of this universal expression. Simultaneously has also researched their language codes, showing the connections and coincidences of their repetition structures and their use of color with textile traditions from around the world and with all derived from the abstraction of the twentieth century in reaching express primary forms of great spiritual purity. 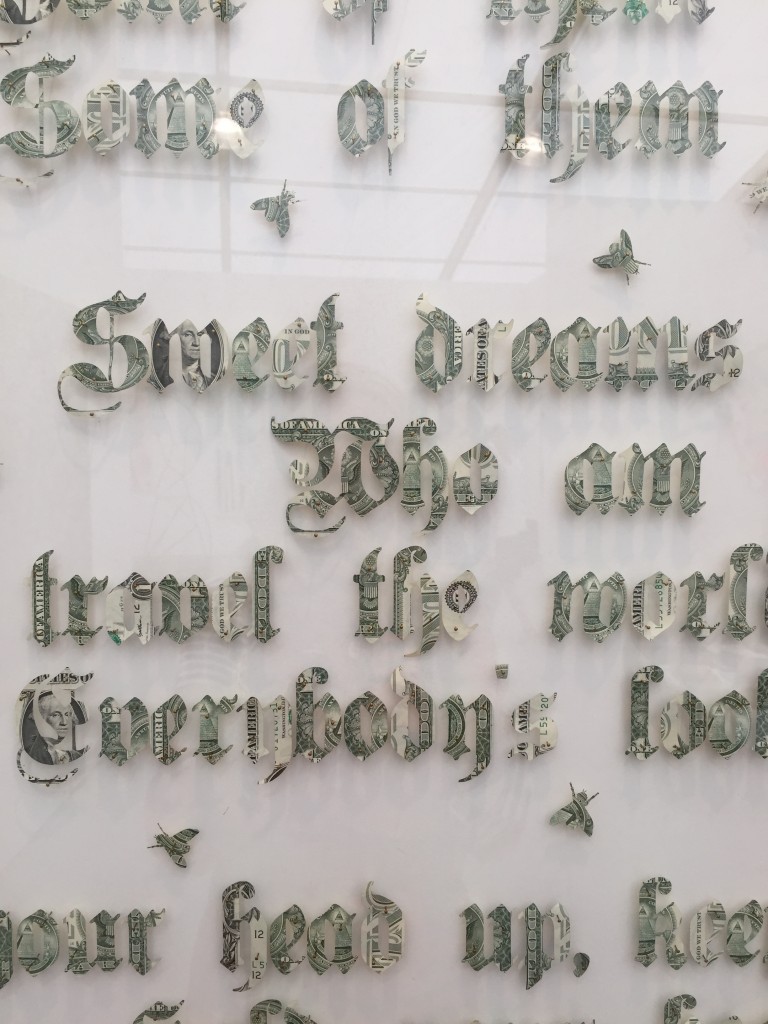 “Sweet Dreams (are made of this) by Carlos Aires at Untitled

Carlos Aires lives at present time between Spain and Belgium, developing with his work his esthetic of ambiguity and analytic attitude toward our way of perceiving the reality surrounding us. From the collage to cutout, passing through photography, video and performance, Aires shows an open, provocative art, full of restlessness and skepticism. He plunges us in an upset and disputable reality, where regular myths lose their sense; history takes new nature and truth gives space to half lies. Carlos Aires likes to propose games to the audience, to discover how many and which could be the various ways to read a picture, a video, a performance, to interpret a situation. He works with association of ideas and stereotypes to disturb the perception and displace. These feelings are perceived by the audience because filtered through the cultural background.