On May 19, 2014 - TRAVEL DIARY
It does not get much better than Los Angeles in May with the jacarandas in full boom and jasmine in the air…a perfect time of year for the LCDQ Legends Event which attracts every tastemaker in the worlds of interior design, art, architecture, decor, and fashion to LA for three days of events, lectures, panel discussions, receptions, and fabulous parties. The Legends Event coincided with our bi-annual Design Trust conference comprised of a select group of interior designers led by Steve Nobel. We come together to “engage in smart discourse, discover and share unique resources and draw on superb sources of inspiration that cause all of us to see and think differently.”

Before the official festivities commenced, we had some time to explore the LA art scene…First stop, The Los Angeles County Museum (LACMA) that holds over 120,000 works covering the expanse of art history and the globe. The museum is situated on 20 acres in Hancock Park and is comprised of several buildings devoted to different aspects of the collection which are each unique in architectural style. 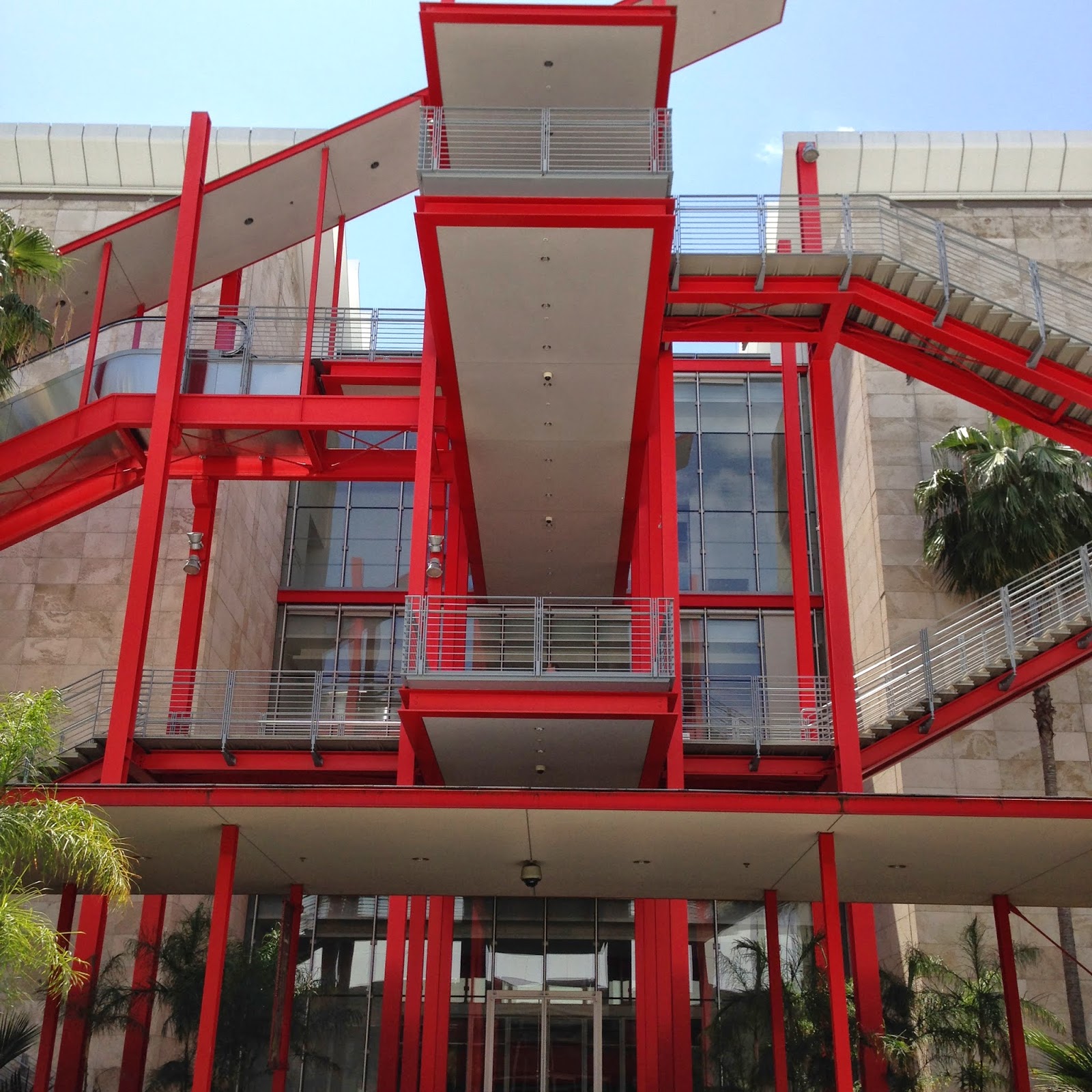 It is always a thrill to see something first hand that you have admired or studied in the past.  I was very pleasantly surprised to see so many favorite works of art at LACMA that I was not aware resided there. The Matisse mural above is one example. The Brodys had commissioned the artist to do the mural when he was 83 years old. This prospect cheered the ailing artist.  He used his cut out techniques that he had mastered in paper and applied the same skills to the ceramic mural.  He created a paper maquette before he began working with the ceramics. He heard no feedback from the Brodys and was so inspired that he created two other murals that now reside at the Musee Matisse in Nice and Moderna Museet in Stockholm. When he finally met with the Brodys to show them the maquette, they rejected it and asked the master of modern art to try again. The result was “The Sheaf”which  was made by ceramic artist Partigas from Matisse’s designs. The mural measures 12′ by 11′ and is the largest work that LACMA holds by a classic modernist.

Another Matisse masterpiece is his collection of the five heads of Jeanette that he created between 1910 and 1913. The face changes in each sculpture and he increasingly abstracts her hair and facial features. The final sculpture depicts the face and base merged together. Matisse thought of the head as the center of the human intellect and soul. By eliminating recognizable features, he felt he could get a more honest portrait of he subject. 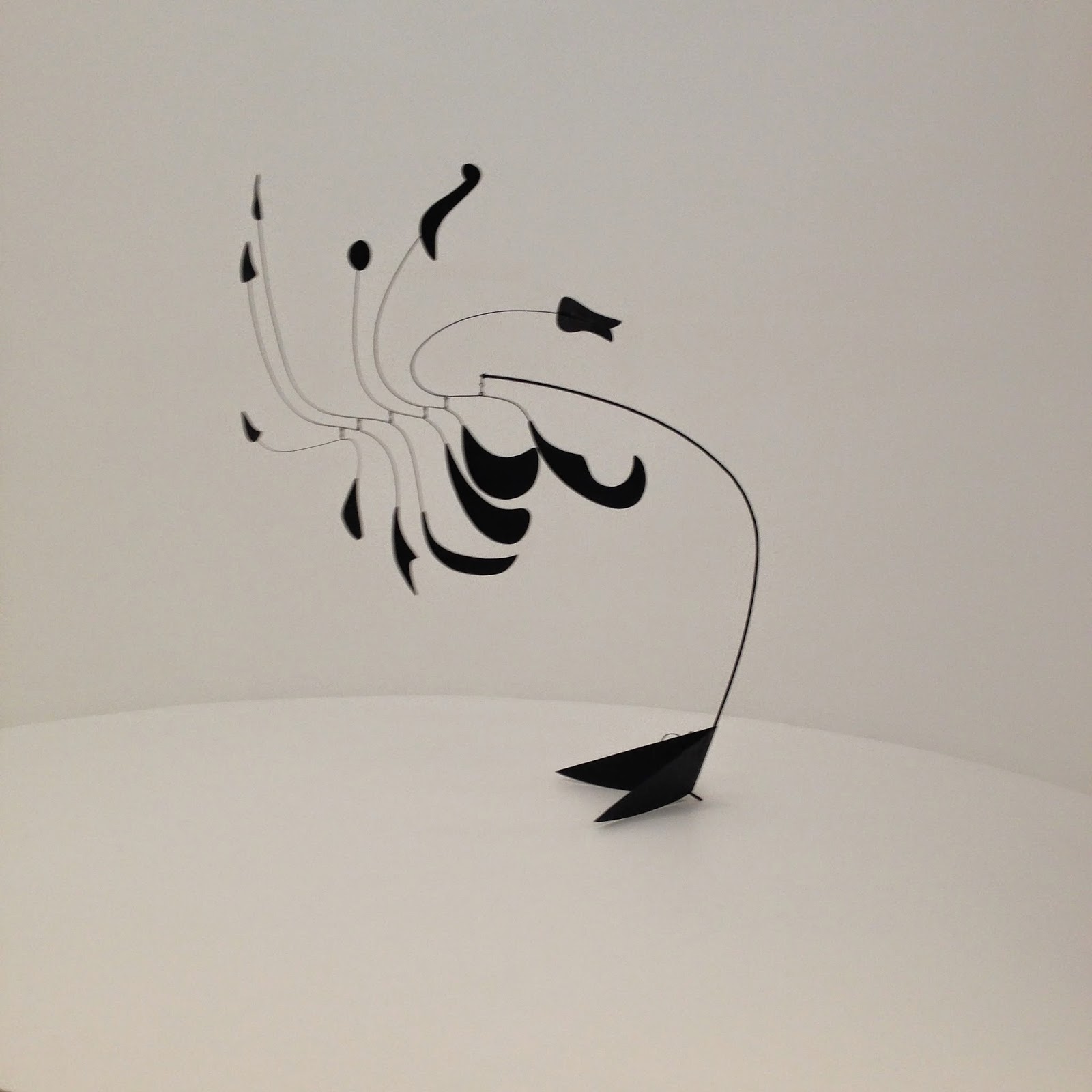 Recognized at one of the most important artists of the 20th century, Alexander Calder revolutionized modern sculpture. LACMA’s exhibition Calder and Abstraction: From Avant Garde to Iconic is not to be missed. The show traces the artist’s evolution from French Surrealism to establishing his own American style. The delicate mobiles are mesmerizing in their balanced structure. The monumnetal stabiles he creates later in his career exemplify his fascination with dynamism and daring innovation. 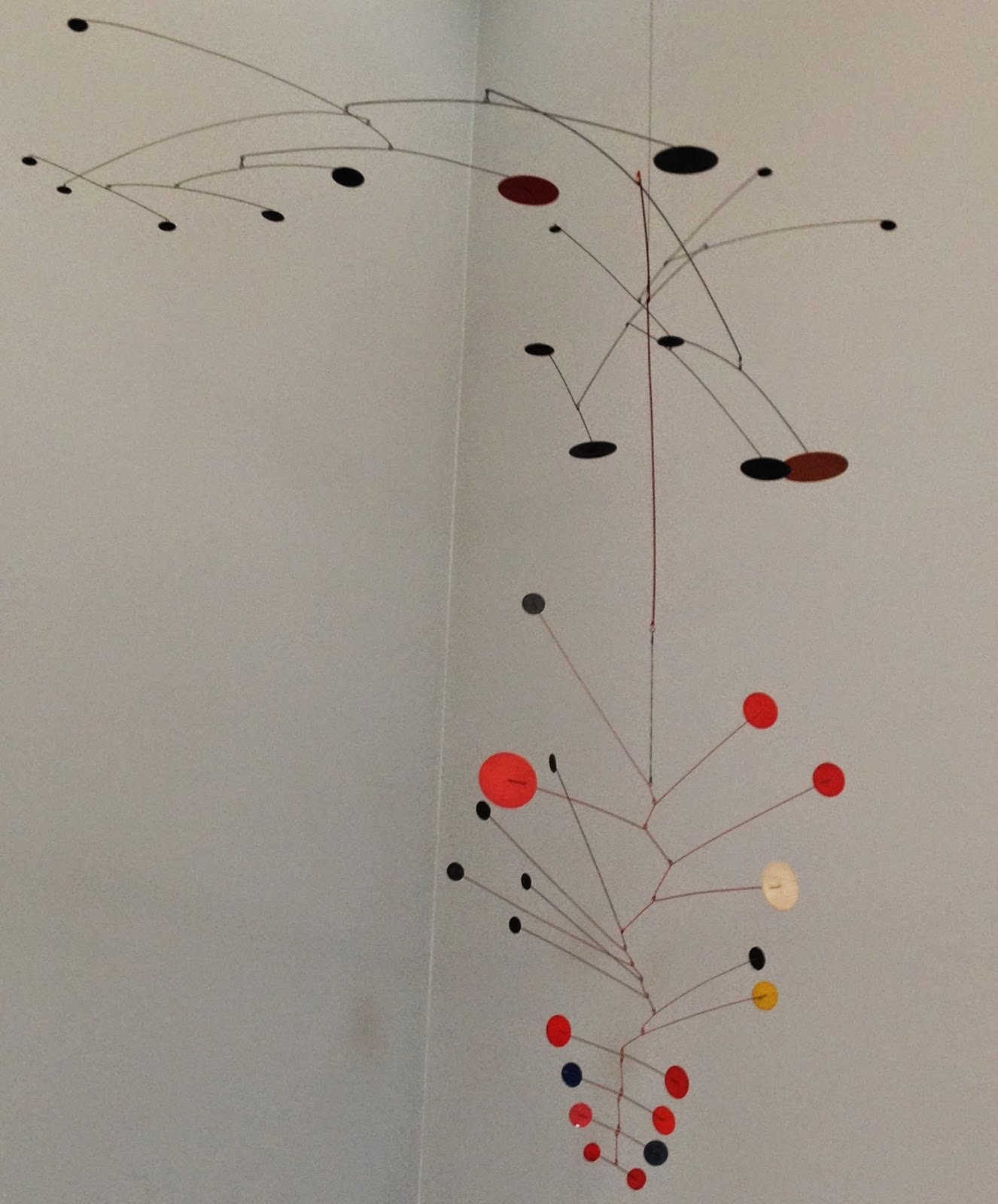 Next stop, The Ivy in West Hollywood for a ladies’ lunch with Holly Phillips and the dynamic duo of Cloth & Kind. We were so proud of Tami Ramsay and Krista Schwartz who had designed their first window for the Legends event, a huge honor for these two talented designers. Each year LCDQ selects a theme and invites designers from around the world to participate in designing one of the store windows in the design quarter.  This year was “Novel Interiors” and each window was based on a different book. 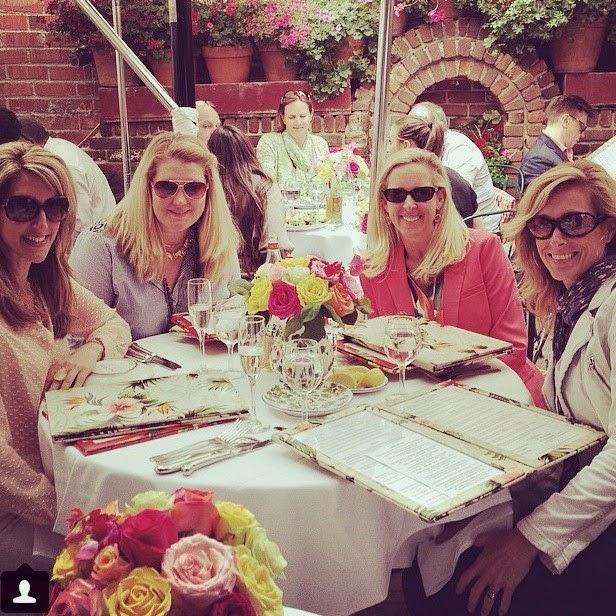 The Cloth & Kind crew chose Goldfinger and their window was beyond chic with its modern take on blue and white with a gilded touch.  A stunning Sally King Benedict painting provided a vibrant focal point for the window at the Sydney Harbour Paint showroom. 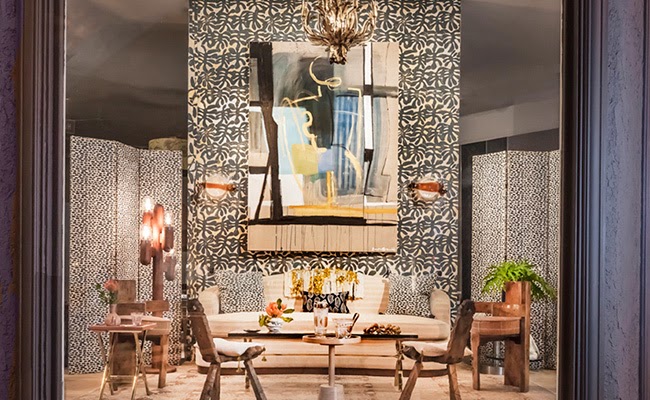 Our home away from home was the legendary Sunset Tower Hotel. Designed in 1922 by Leland Bryant, this Art Deco gem quickly became a hotspot because of its location on the Sunset Strip and proximity to the hottest nightclubs and restaurants of the 1930s and 40s. Its list of residents reads like of “Who’s Who” of Old Hollywood…Howard Hughes, John Wayne (who kept a cow on his patio for fresh milk), Marilyn Monroe, Elizabeth Taylor, Frank Sinatra, and gangster Bugsy Siegel. Today, it still remains a celebrity destination due to the discretion of its staff and a no camera policy in the dining rooms and bar. 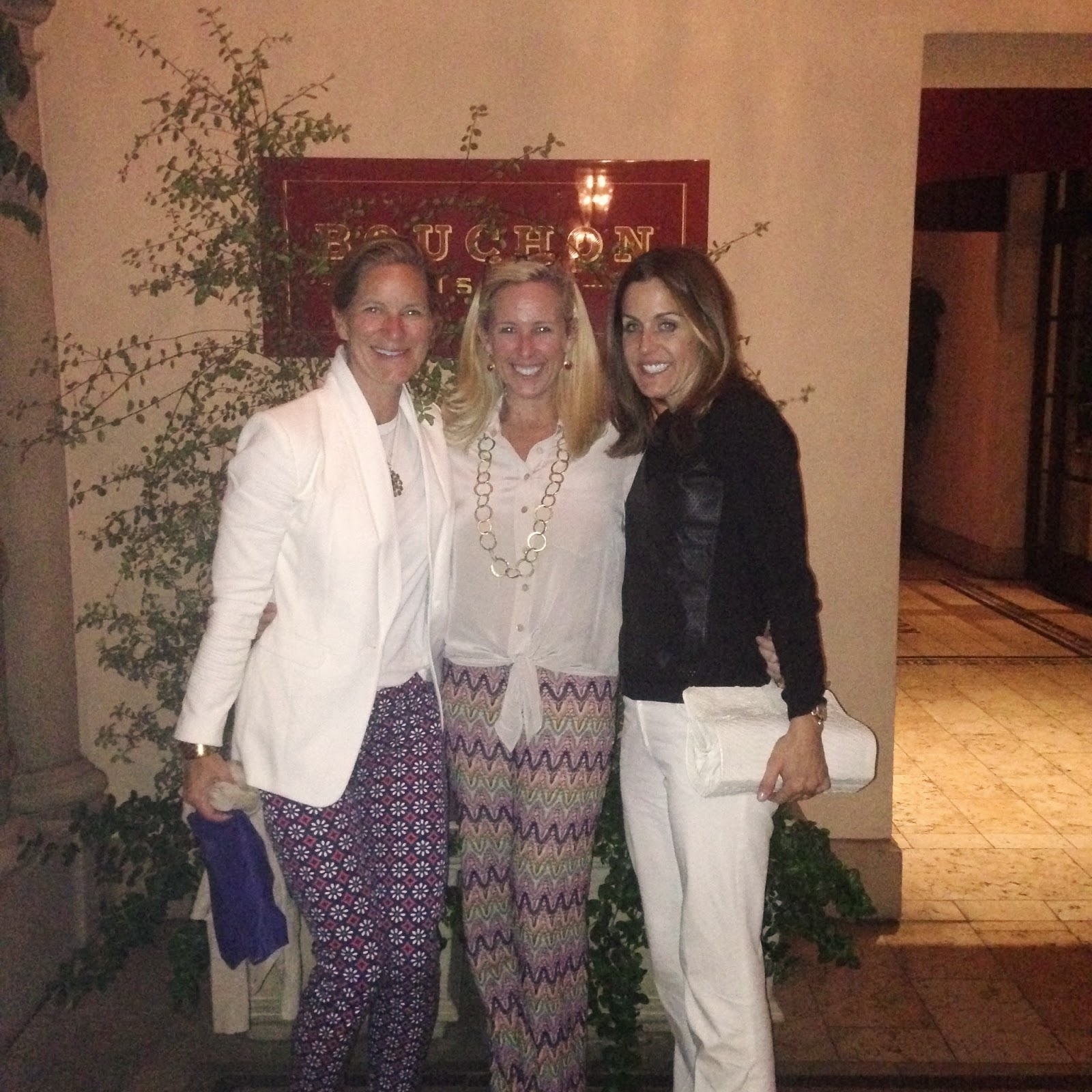