“The painter has the modesty to regard this enclosure of floral verdure as his most beautiful work…vast splendours whose harmony I have orchestrated… This garden is a momentous task, to which I give myself entirely. It will take my last years from me and I will fall, exhausted, under its branches, after having given it all my love.” –  Jacques Majorelle

I am battling the Monday blues by studying more Marrakech history. One of our first stops on our trip will be Le Jardin Marjorelle. These famous gardens were started by the painter Jacques Marjorelle in 1937, opened to the public in 1947, and eventually purchased by Yves St. Laurent and Pierre Berge in 1980. 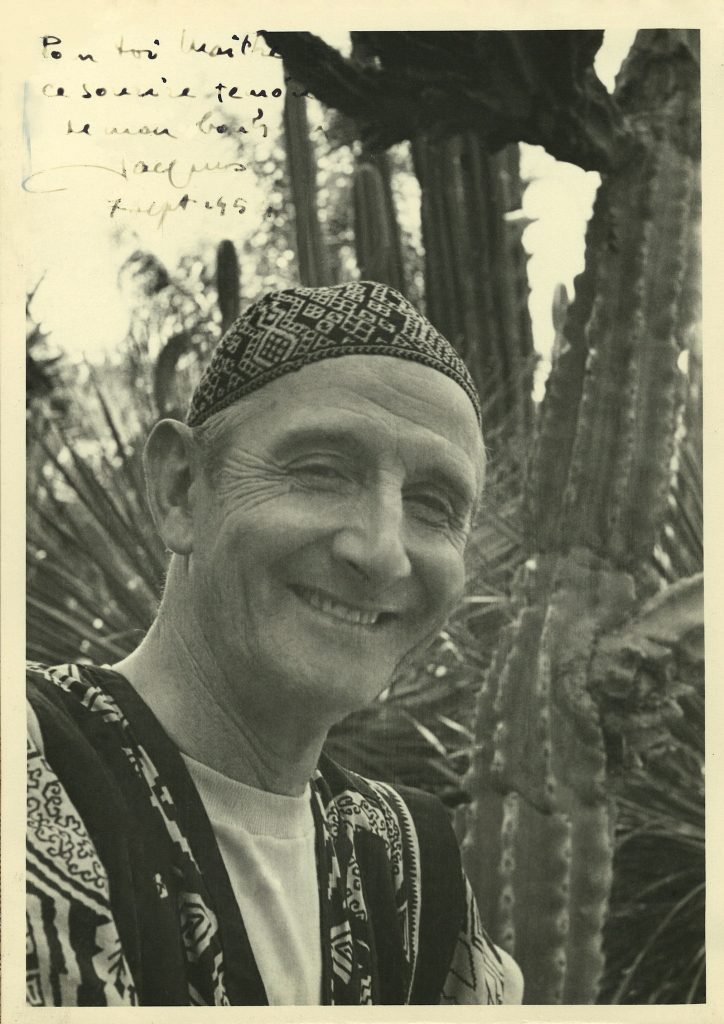 Jacques Marjorelle was a French orientalist painter and the son of the famous Art Nouveau furniture designer Louis Marjorelle. He fell in love with Marrakech and purchased a palm grove in 1923 which is now Le Jardin Marjorelle. 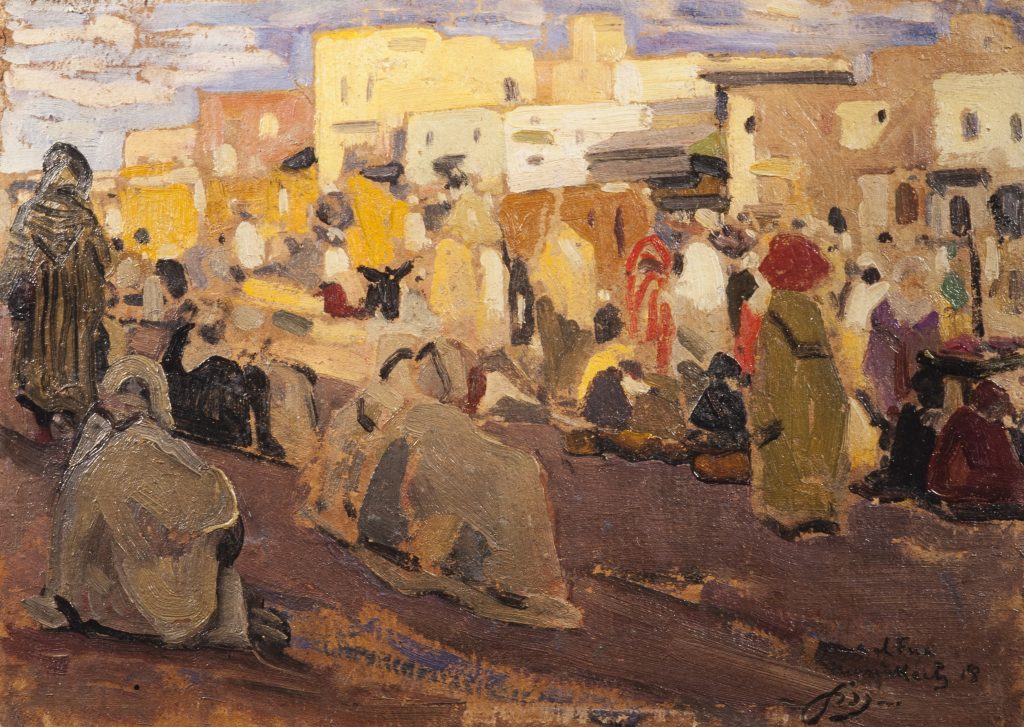 As Marjorelle travelled the world, the artist would bring back specimens to add to his garden including hundreds of rare varieties of trees and plants that included: cacti, palm trees, bamboo, coconut palms, thujas, weeping willows, carob trees, jasmine, agaves, white water lilies, datura, cypress, bougainvilleas, and ferns. He laid out the gardens in the same way he would arrange the composition of a painting playing with light and shadow and introducing bold color through painted walls and pottery. 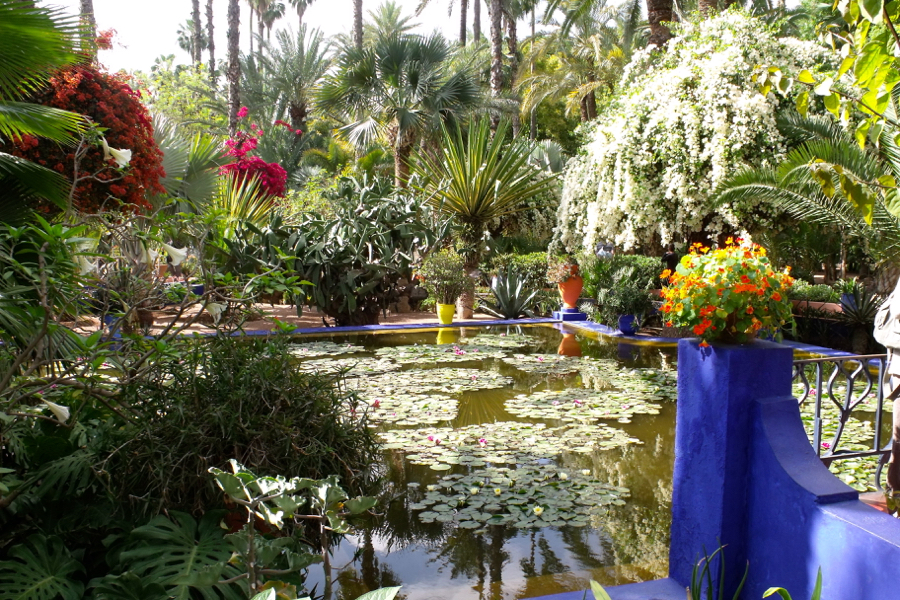 He began introducing color by painting the facade of his studio, and then gates, pergolas, pots and the various buildings in a scheme of bold and brilliant primary colors. His favorite shade was, an ultramarine, cobalt blue, “evoking Africa” which came to be known as “Marjorelle Blue”. This intense blue accentuated the various shades of green found throughout the garden. 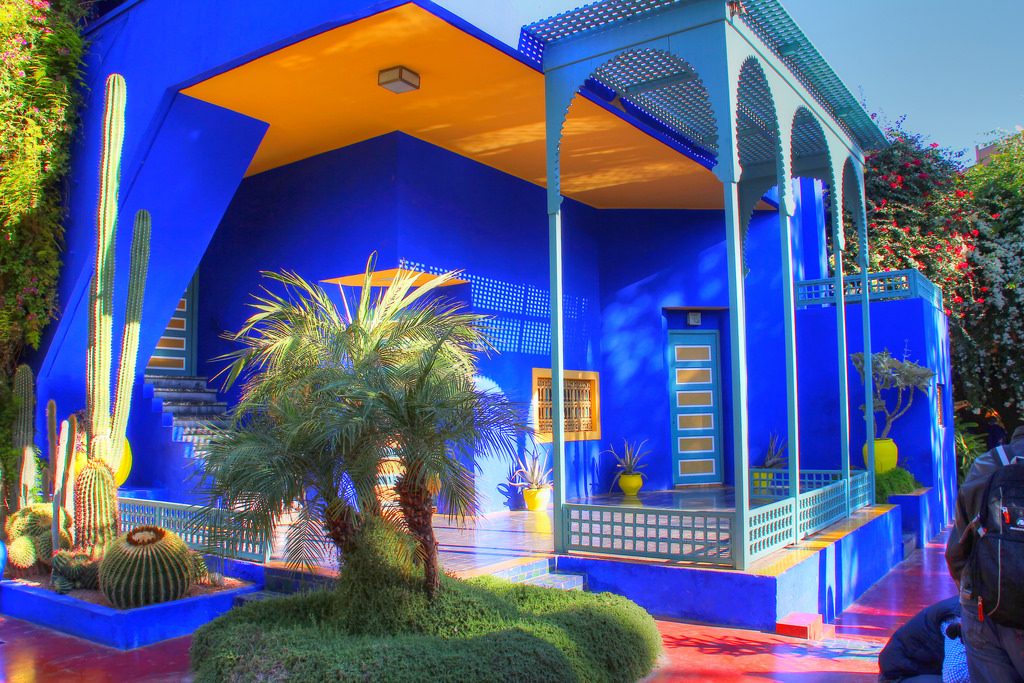 In 1931, he commissioned the architect, Paul Sinoir, to design a Cubist villa for him, constructed near his first house. His workshop, where he would paint his large decorations, was located on the ground floor, and he established a studio on the first floor where he spent much of his time. Balconies and an Arab-inspired pergola were added to the construction in 1933. 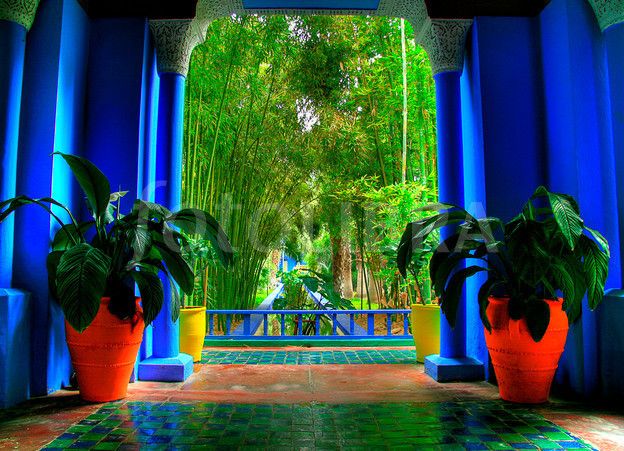 Yves Saint Laurent and Pierre Bergé discovered the Jardin Majorelle in 1966, during their first stay in Marrakech.

“We quickly became very familiar with this garden, and went there every day. It was open to the public yet almost empty. We were seduced by this oasis where colours used by Matisse were mixed with those of nature… And when we heard that the garden was to be sold and replaced by a hotel, we did everything we could to stop that project from happening. This is how we eventually became owners of the garden and of the villa. And we have brought life back to the garden through the years.” – Pierre Bergé  Yves Saint Laurent, “Une passion marocaine” Éditions de la Martinière, 2010

In 1980, Yves Saint Laurent and Pierre Bergé bought the Jardin Majorelle, saving it from real estate developers. The new owners decided to live in the Villa Bou Saf Saf, which they renamed Villa Oasis, and undertook the restoration of the garden in order to “make the Jardin Majorelle become the most beautiful garden – by respecting the vision of Jacques Majorelle.” 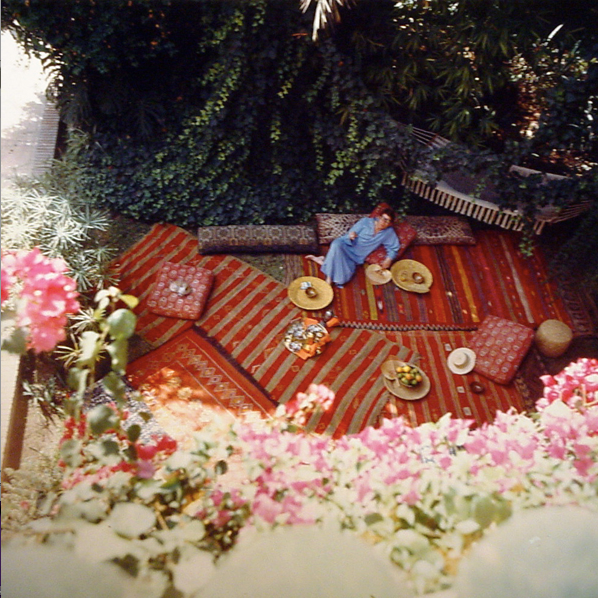 The painter’s studio  has been transformed into a museum open to the public, dedicated to Berber culture, housing the personal Berber collection of Yves Saint Laurent and Pierre Bergé. 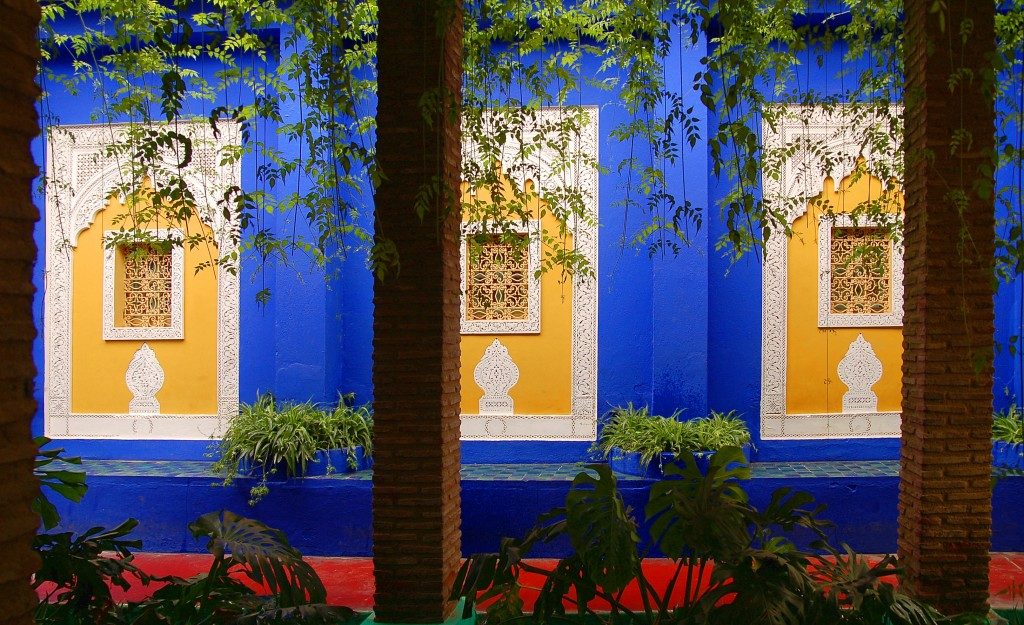 Yves Saint Laurent would say he was able to find an unlimited source of inspiration in the Jardin Majorelle, and that he dreamt many times about its unique colours.

Yves St. Laurent dies in 2008 in Paris. His ashes were scattered in the rose garden of the Villa Oasis; a memorial was built in the garden, designed around a Roman pillar which was brought from Tangier and set on a pedestal with a plate bearing his name, so that visitors can remember him and his unique contribution to fashion. “It is a way for artists to live on… ” After Yves died, I donated the Jardin Majorelle and the Villa Oasis to the foundation in Paris which bears both our names.” – Pierre Bergé, Yves Saint Laurent, Une passion marocaine, Éditions de la Martinière, 2010 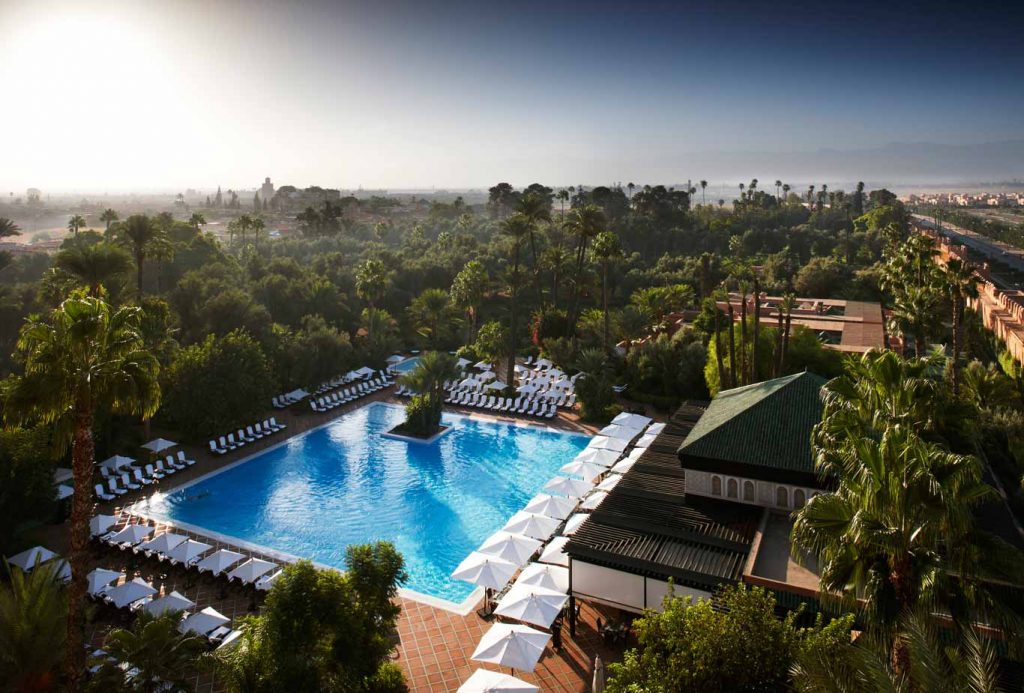 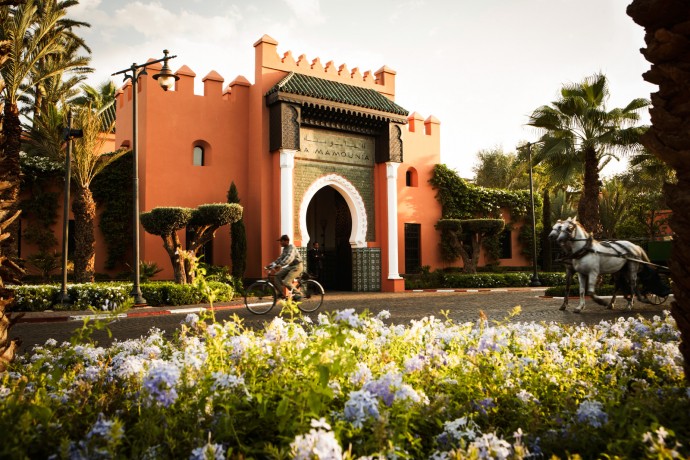 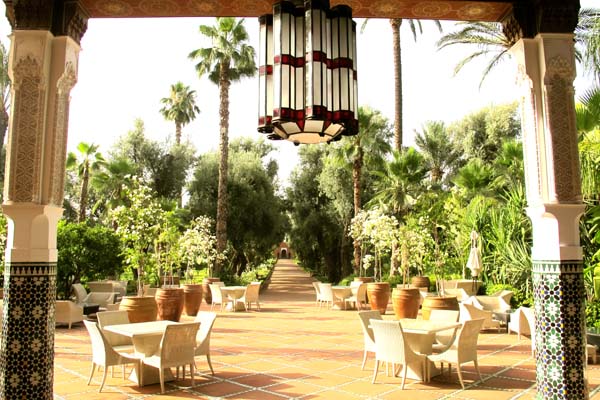 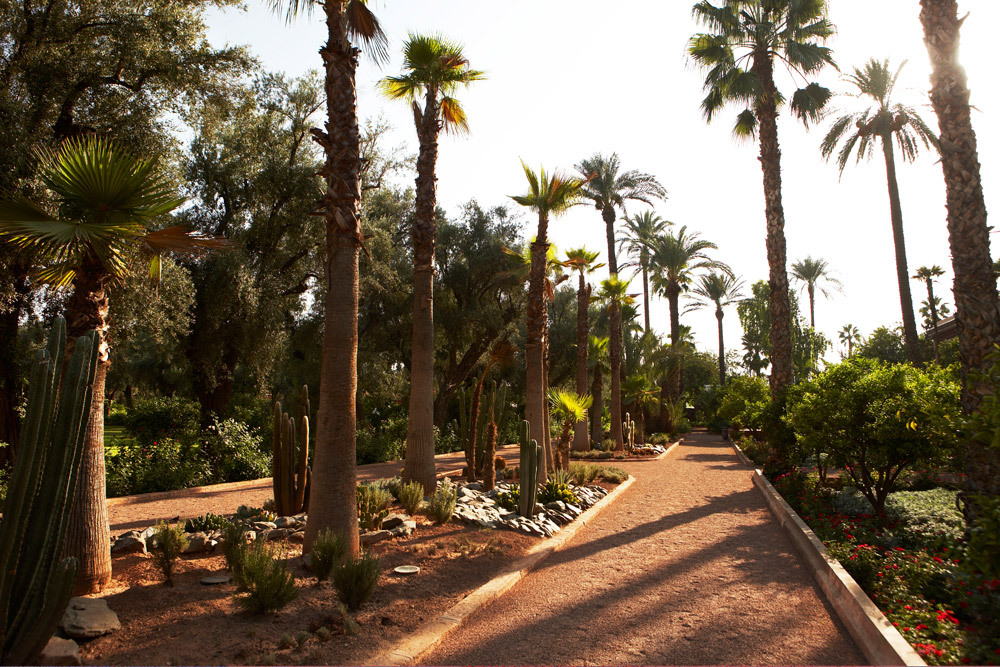 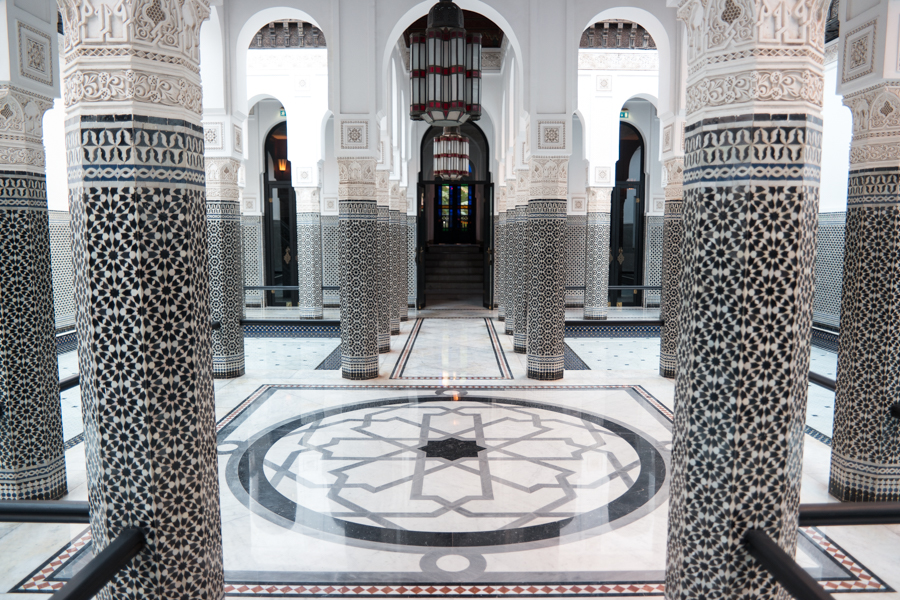 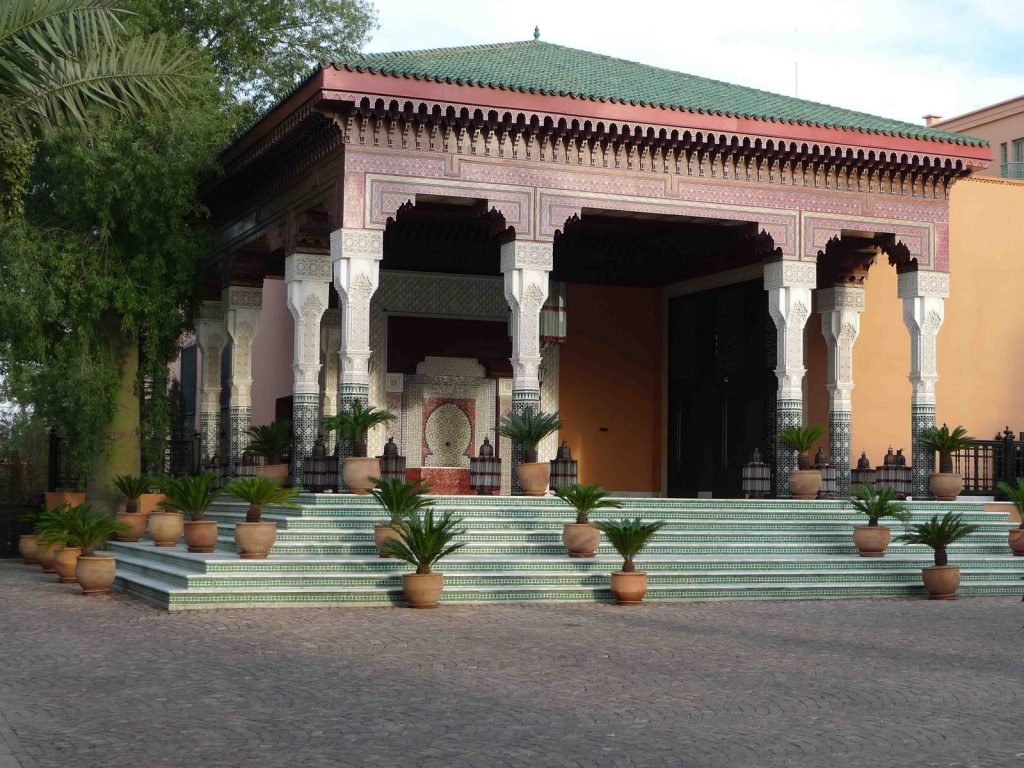 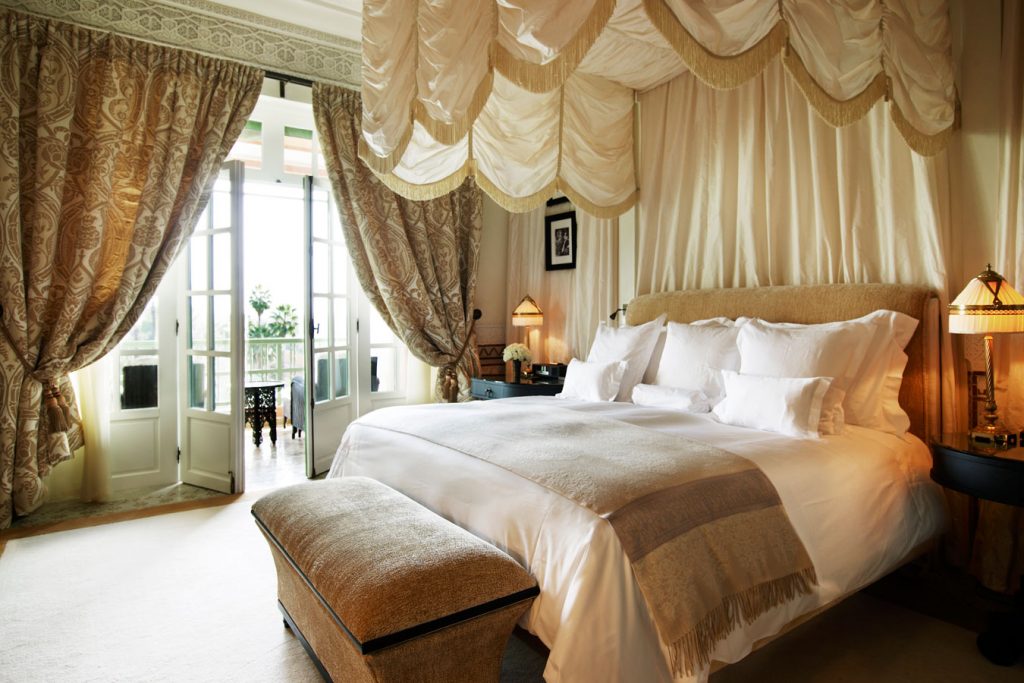 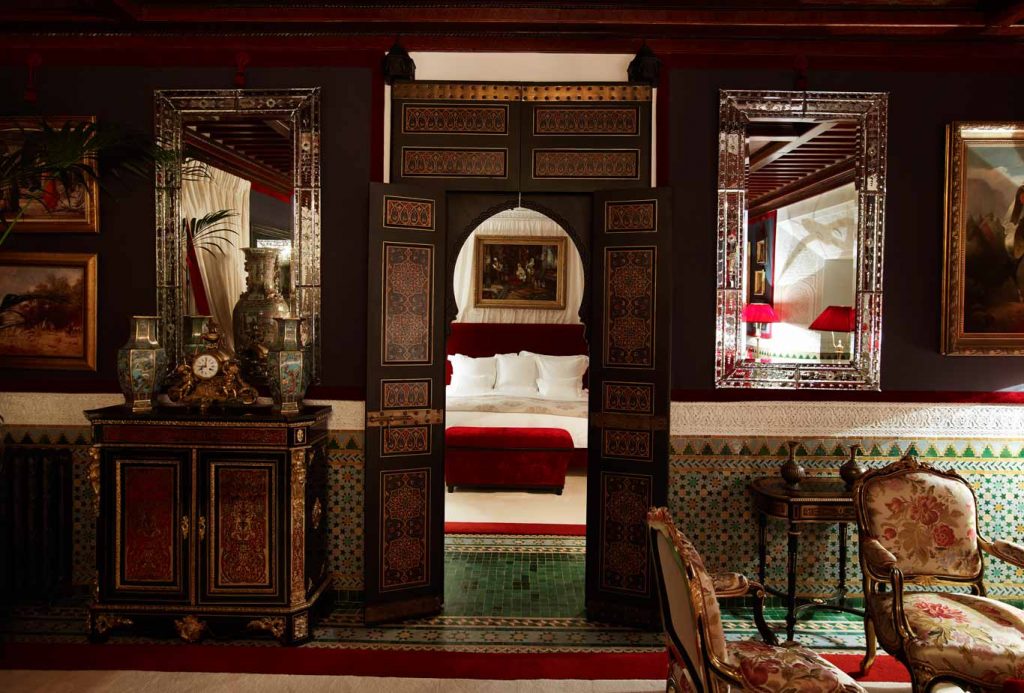 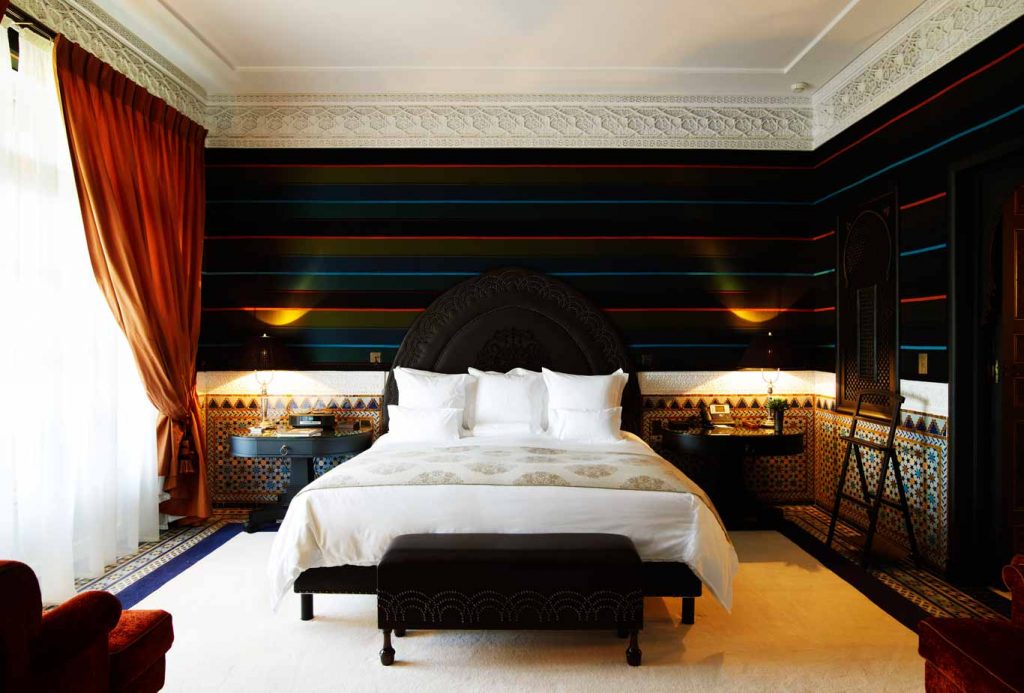 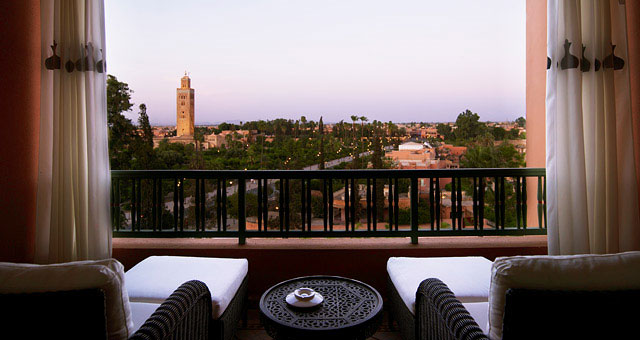 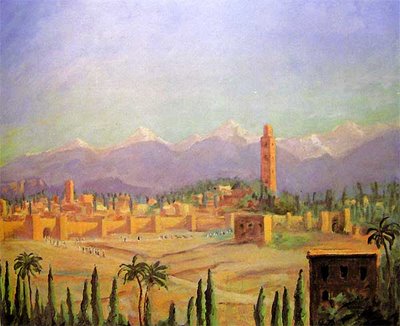 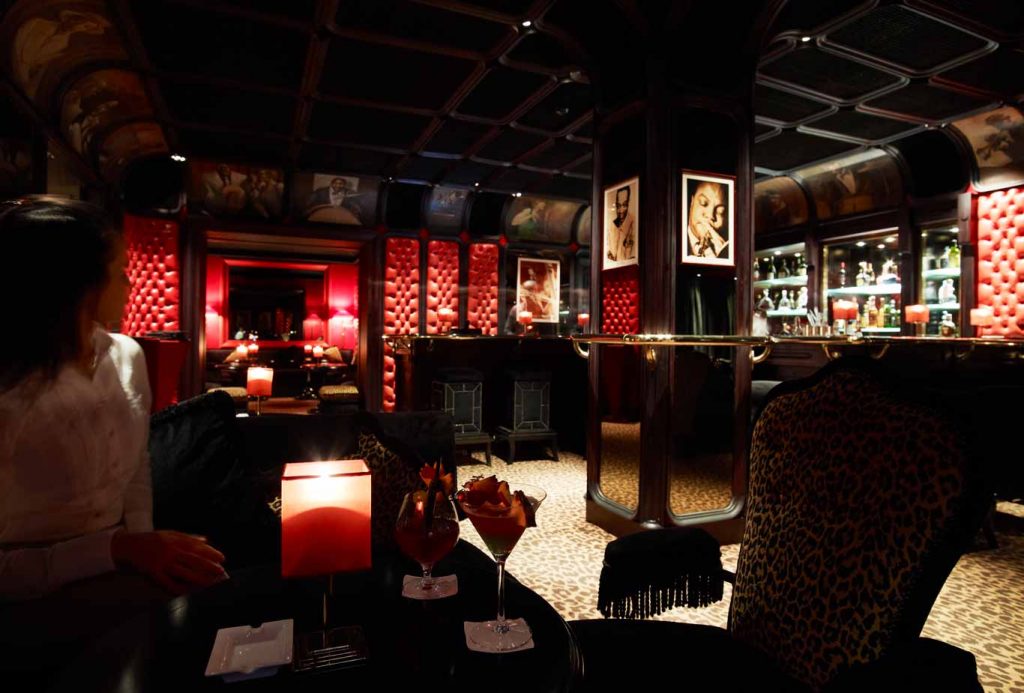 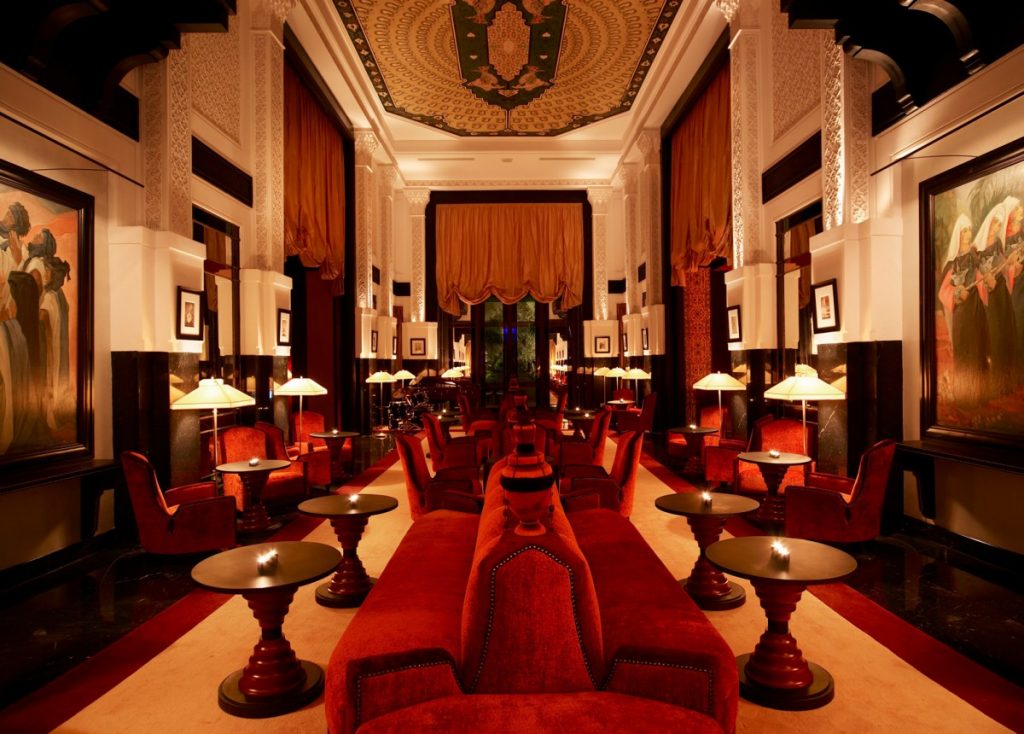 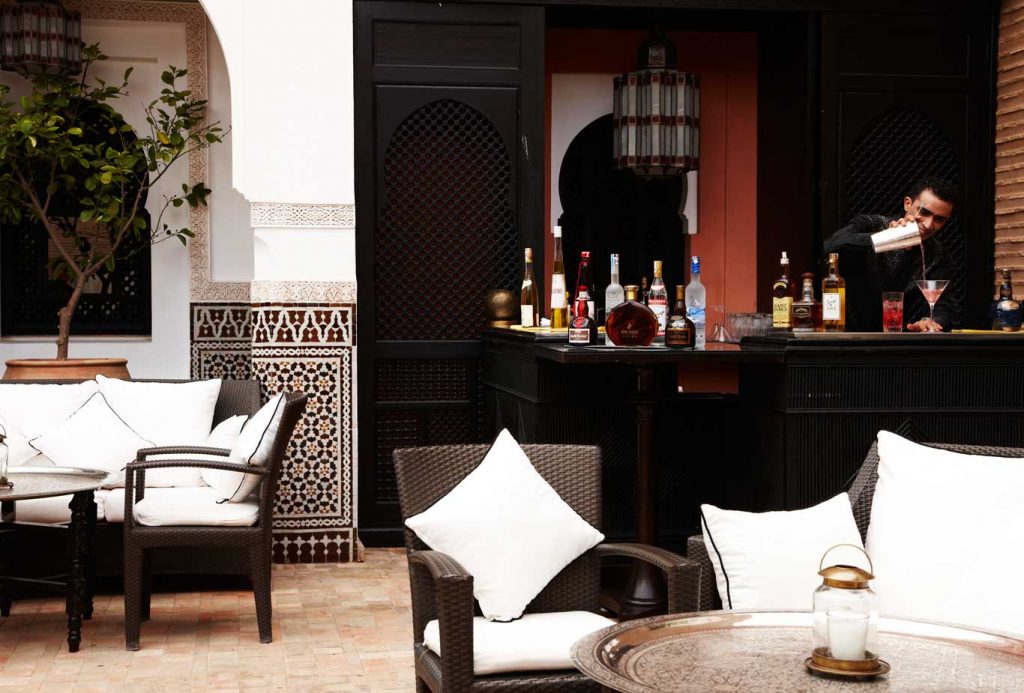 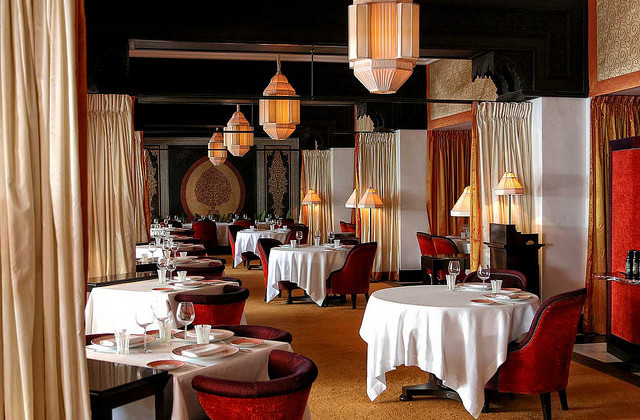 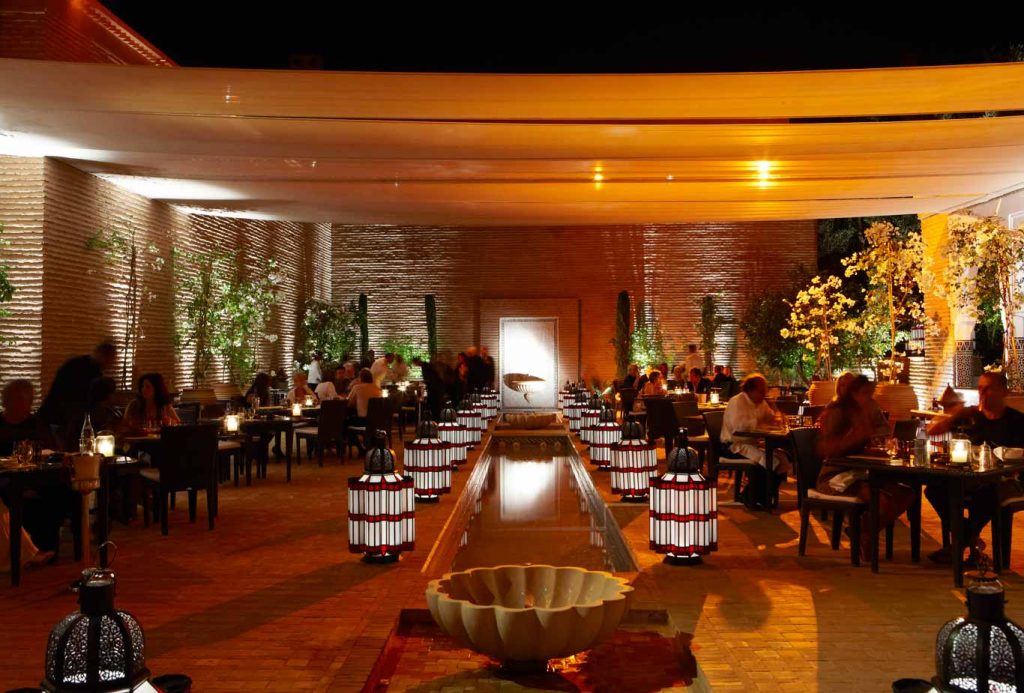 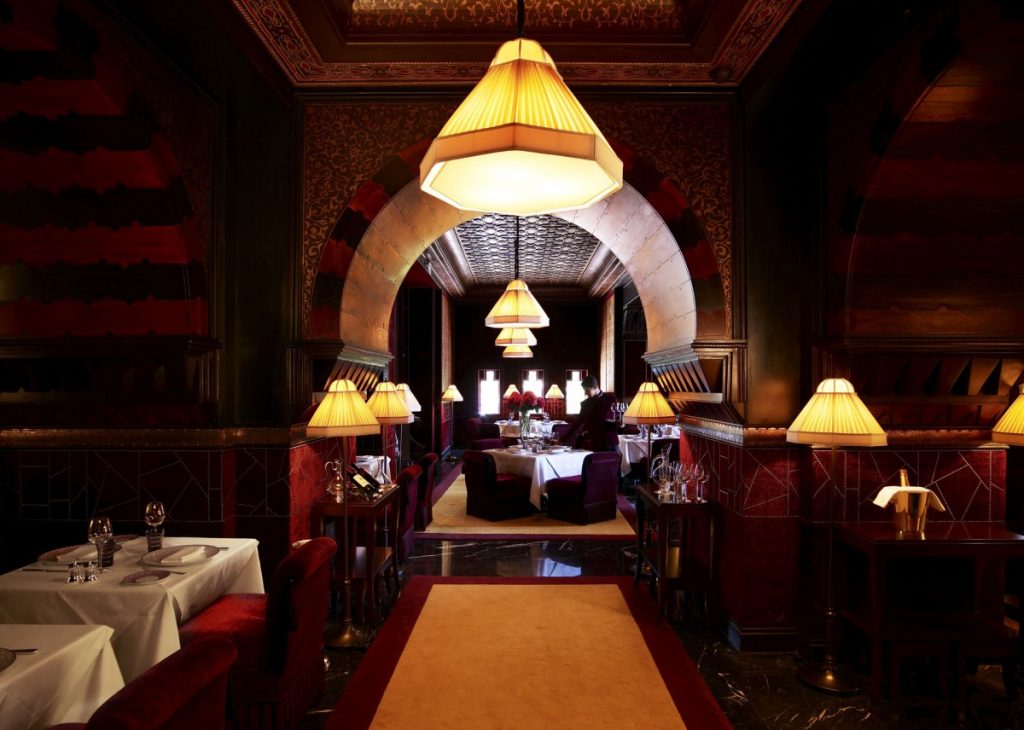 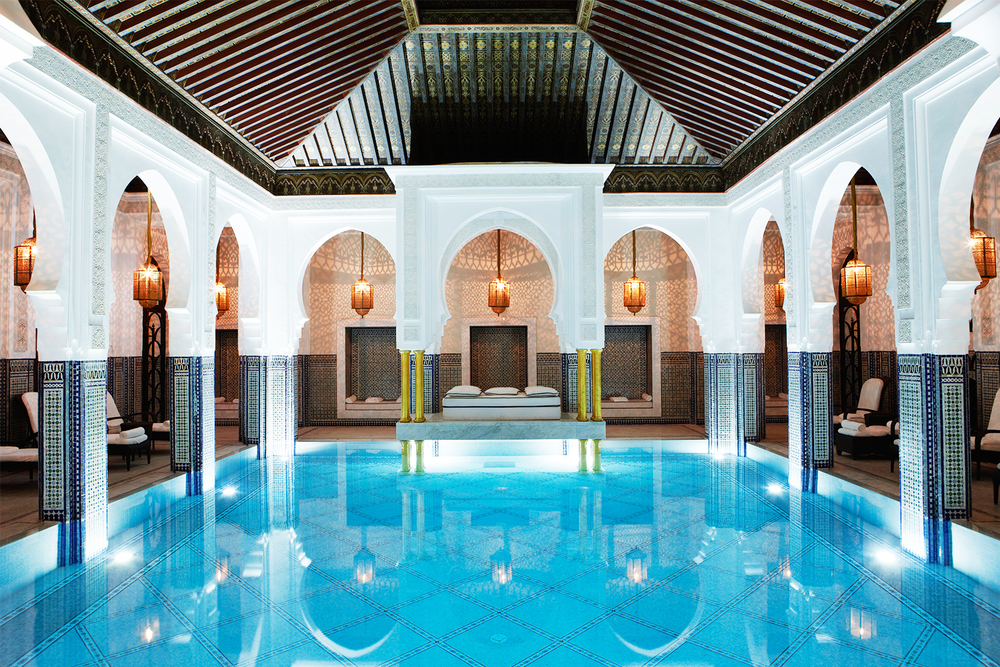