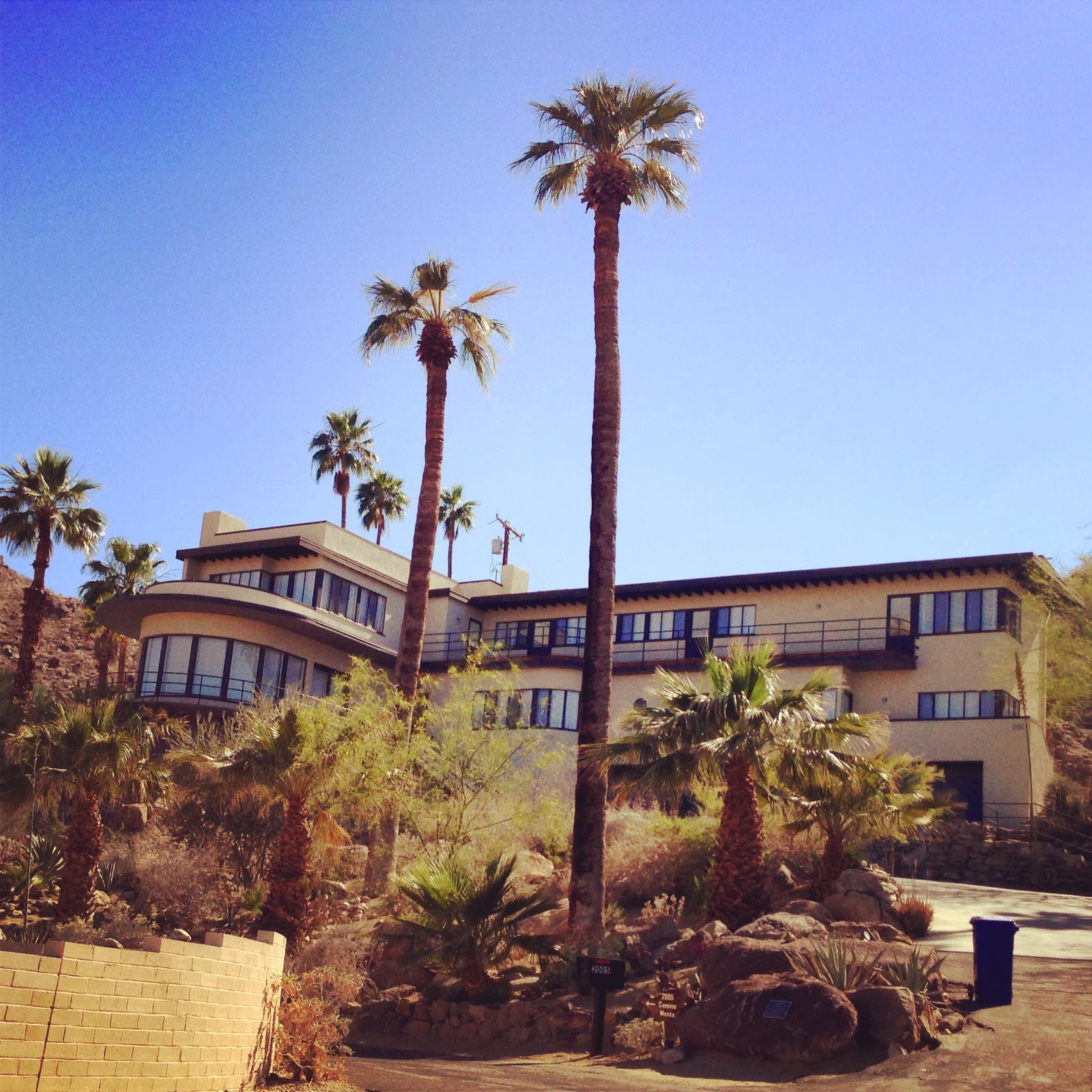 The grand finale to our Palm Springs adventure was a visit to the “Ship of the Desert,” Trina Turk and Jonathan Skow’s beloved modernist home. The house had originally been commissioned by the Davidson family during the Great Depression as a winter retreat. In 1936, California Arts and Architecture magazine featured the home on its cover that had previously only shown traditional architecture and interiors. The house was so unusual that it inspired a transformation of the entire region to embrace modernist design.

The Art Moderne house was built by the architecture team of Wilson and Webster.  In addition to the distinctive streamlined architecture, the house was also innovative in that it was designed from the inside out. The interiors and built in furnishings were part of the earliest stages of planning the house. The original designer, Honor Easton, worked with the architects very closely to ensure no details were left out. In fact, when the American Institute of Architects honored the house in 1938, Easton was named in the award, not the architects Wilson and Weber.

In 1998, Trina Turk and Jonathan Skow previewed the house at the urging of their realtor.  It was not in the style, size, or location they had originally wanted, but they fell in love and bought it. Halfway through the renovation, a devastating fire destroyed most of the house and they had to rebuild. This gave them the opportunity to work with Marmol Radziner, a Santa Barbara firm, that specializes in museum quality mid-century modern restorations. They worked with the original architectural plans and followed them to the exact specifications including plumbing fixtures and hardware. The curved walls and redwood balconies resemble a ship’s deck. 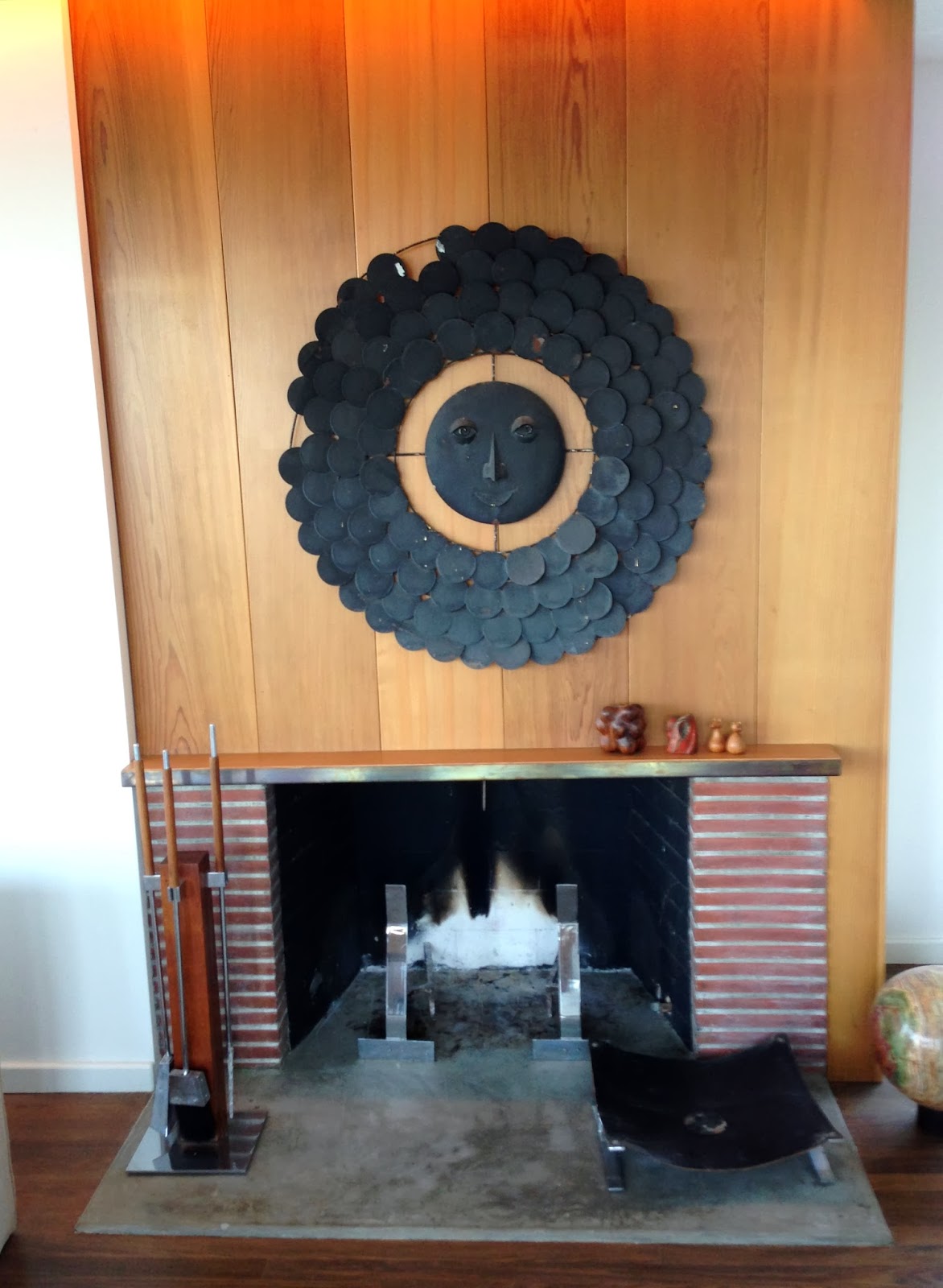 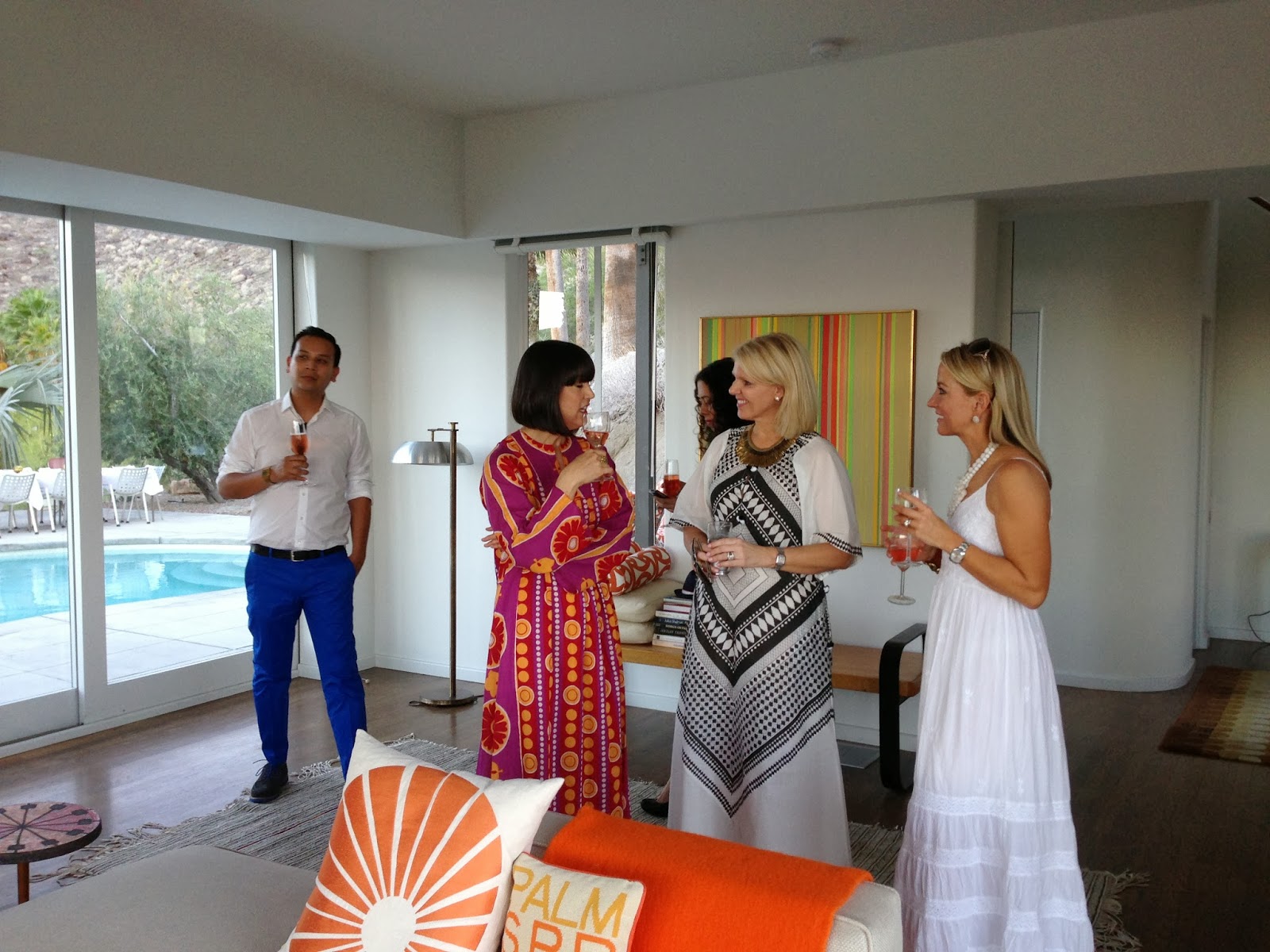 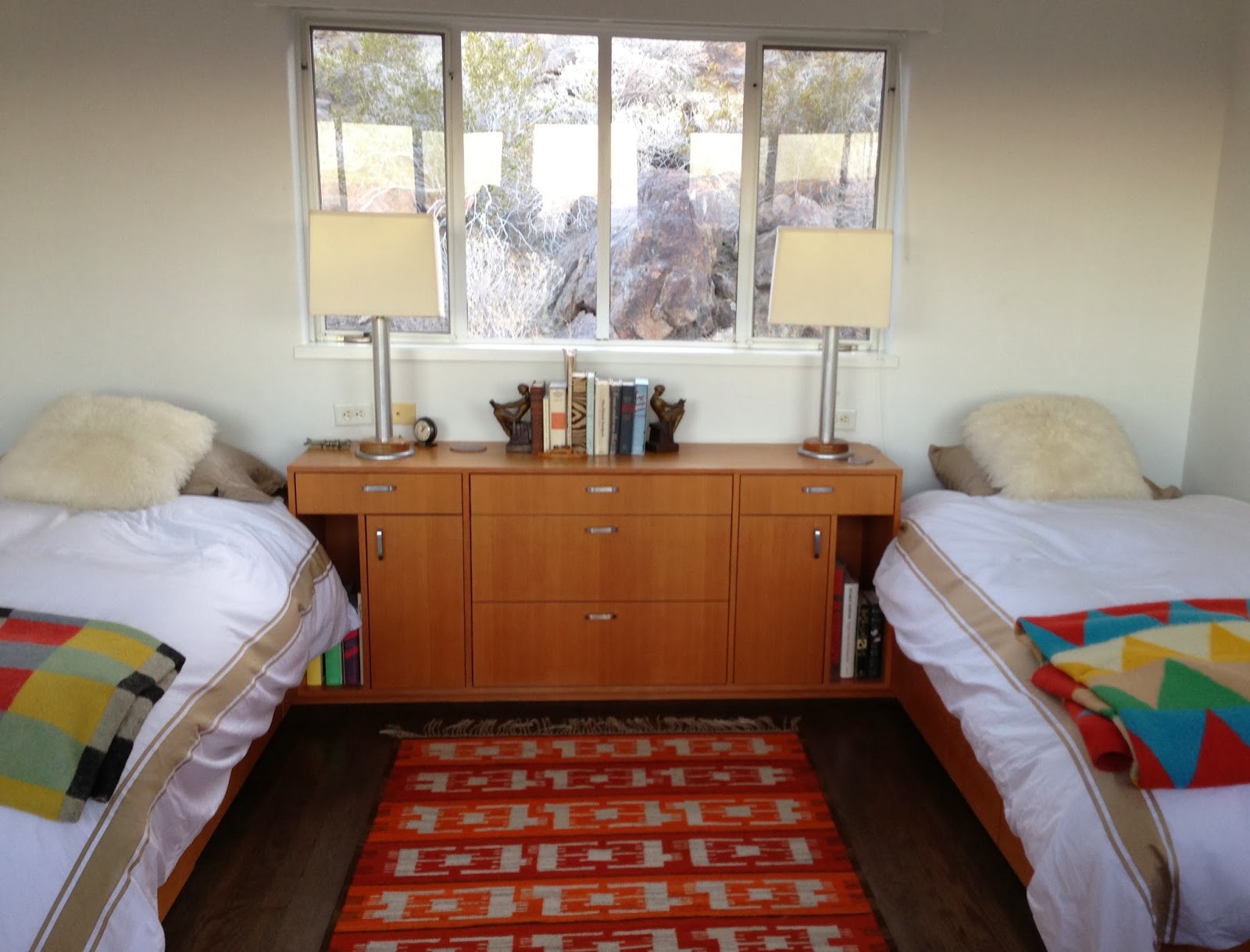 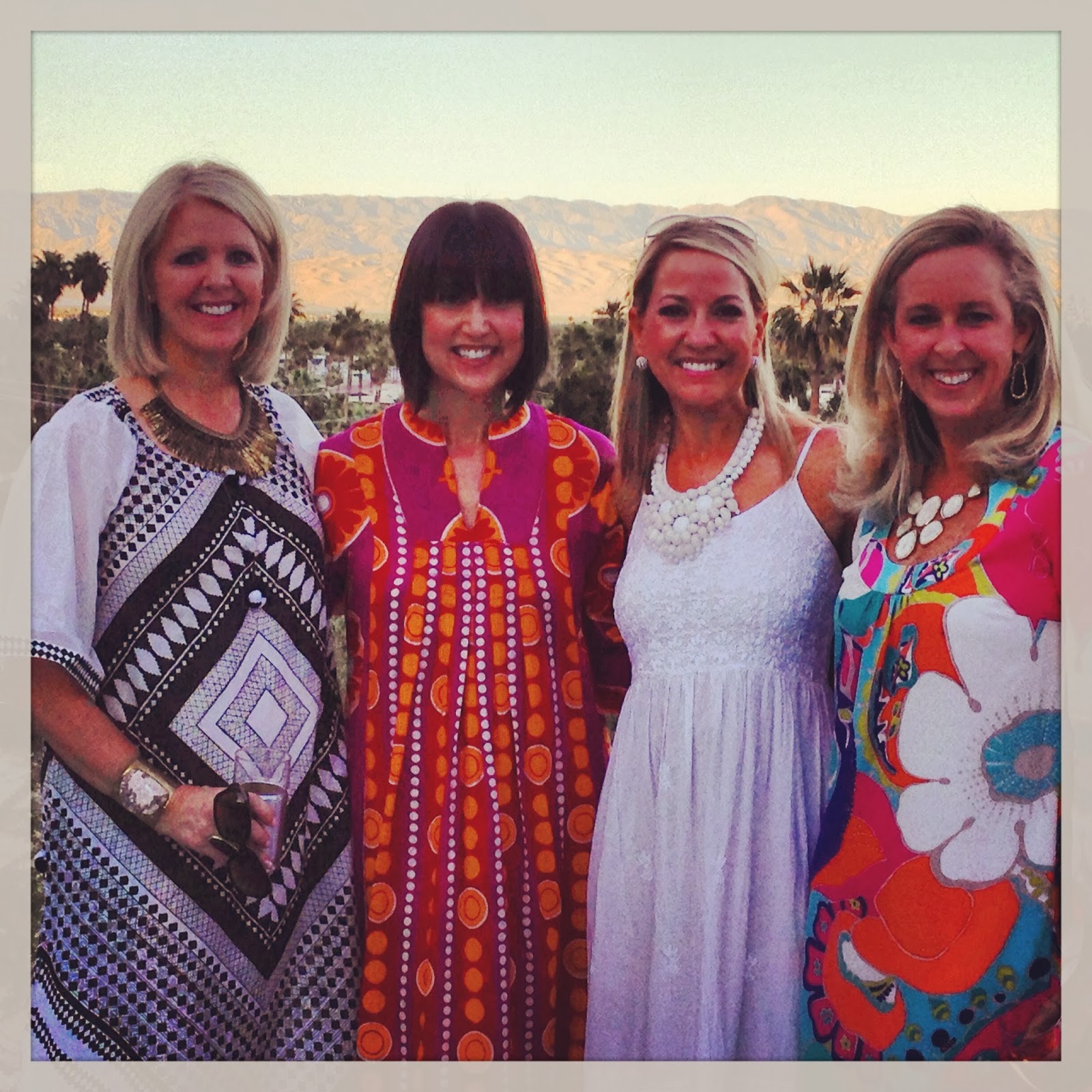 JetSetModernist  described the house perfectly…“The house sits proudly on its hill, commanding presence, like a patriarch enjoying the brood of rambunctious mid-century modern children gathered at its feet. Thanks to the foresight of its saviors and current stewards, it will continue to transform the acolytes of architecture who visit it for generations to come.” 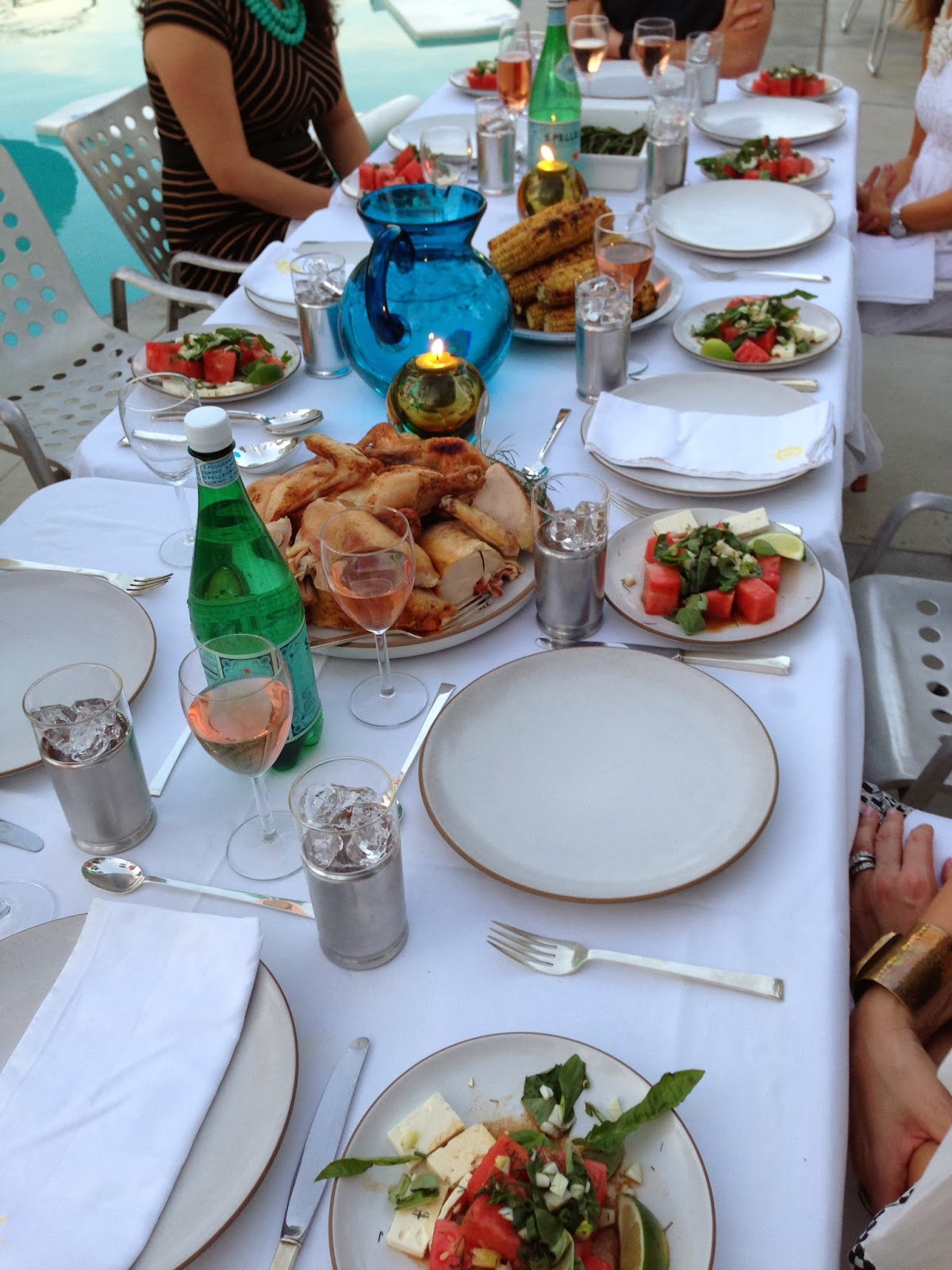 After a fabulous tour, we were treated to an amazing meal poolside.  All ingredients were locally sourced and included honey Jonathan had extracted himself….very impressive. Their hospitality made our trip beyond memorable. The “Ship of the Desert” wholeheartedly embodies the lifestyle that Trina Turk represents.  She claims that Palm Springs is her muse and we could not agree more!  Our creative pilgrimage to the desert left all of us feeling very inspired and ready to channel our experiences into our respective fields. Thanks to Trina and Jonathan for making us feel so welcome! 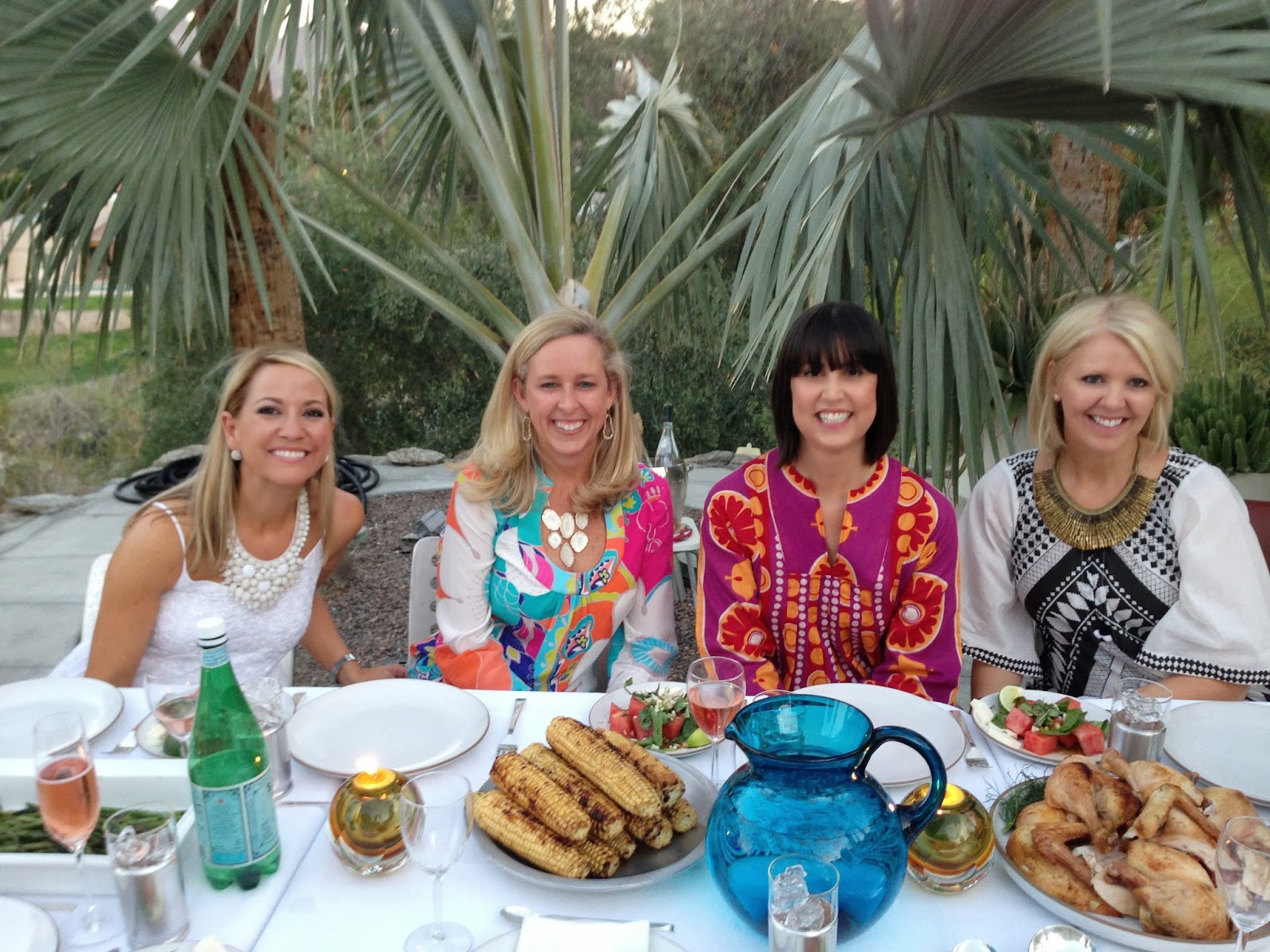 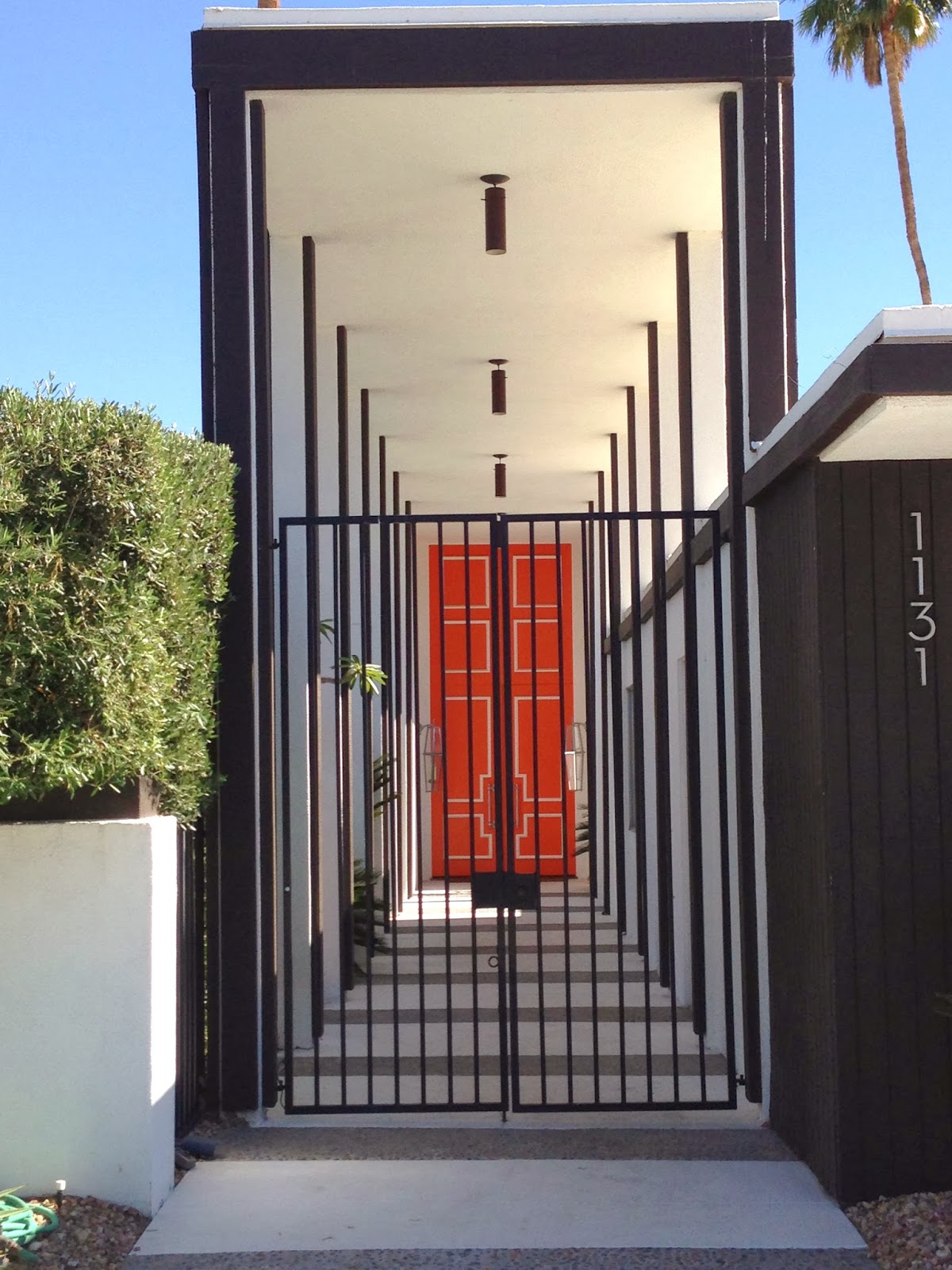 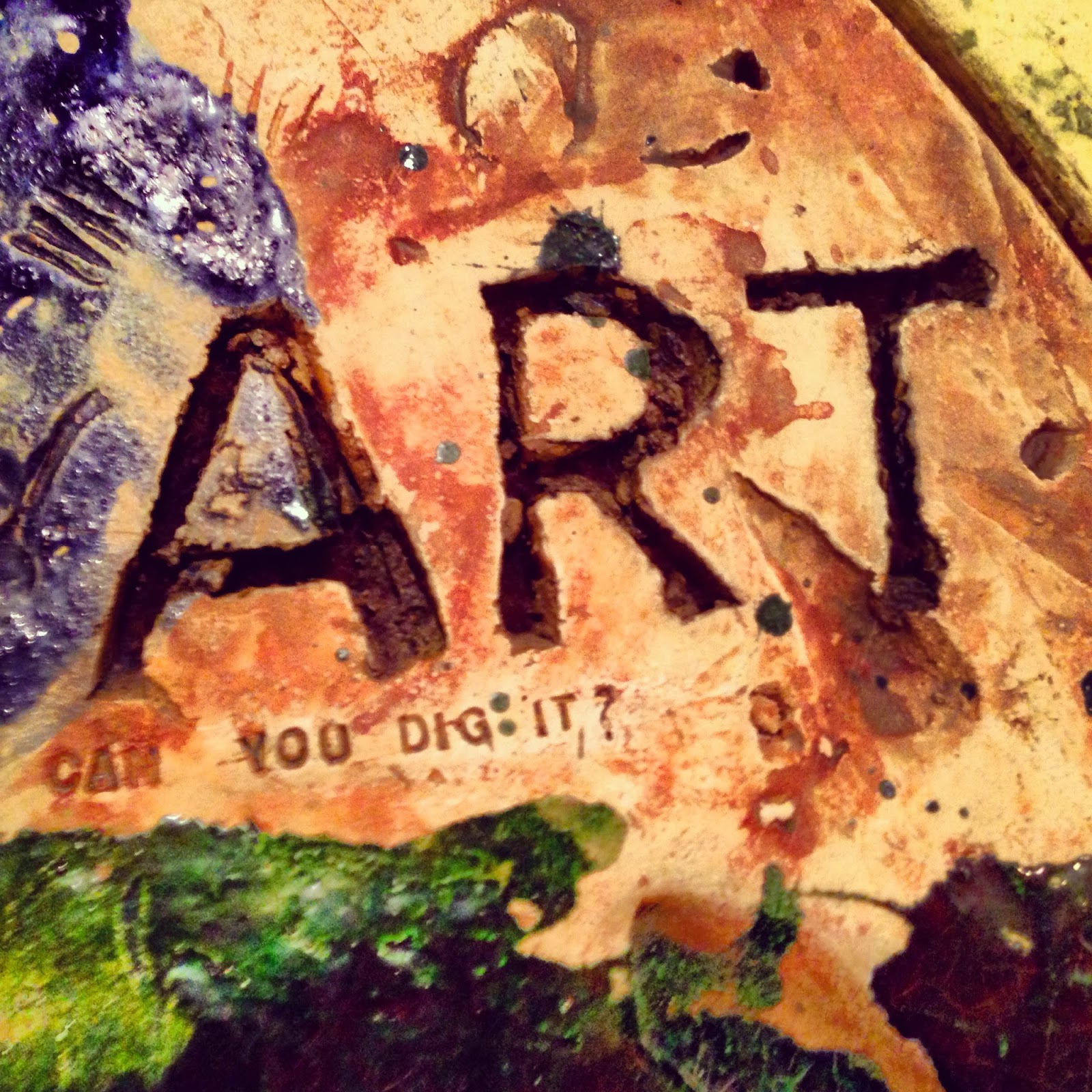 PINING FOR THE PARKER PALM SPRINGS 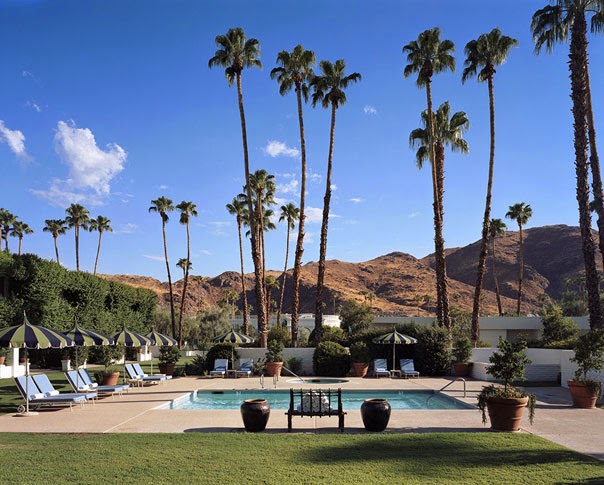 All of this snowy weather has me longing for warmer destinations, lounging by the pool, and soaking up the sun. My all time favorite hotel is The Parker Palm Springs designed by the incredibly creative and talented Jonathan Adler.  Mr. Adler’s sense of humor is evident is every detail of the design and branding of the hotel. He created the hotel as the estate of the fictional “Mrs. Parker”, a chic, eccentric globe-trotting collector and lady of leisure. The modern mix of bohemian decor reflects Mrs. Parker’s wanderlust and items collected on her travels around the world. 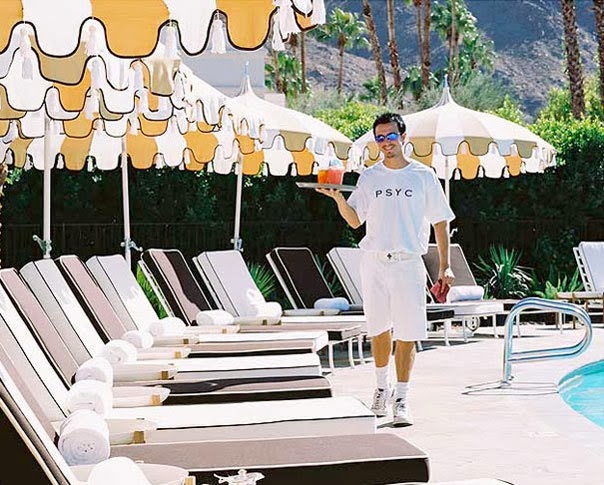 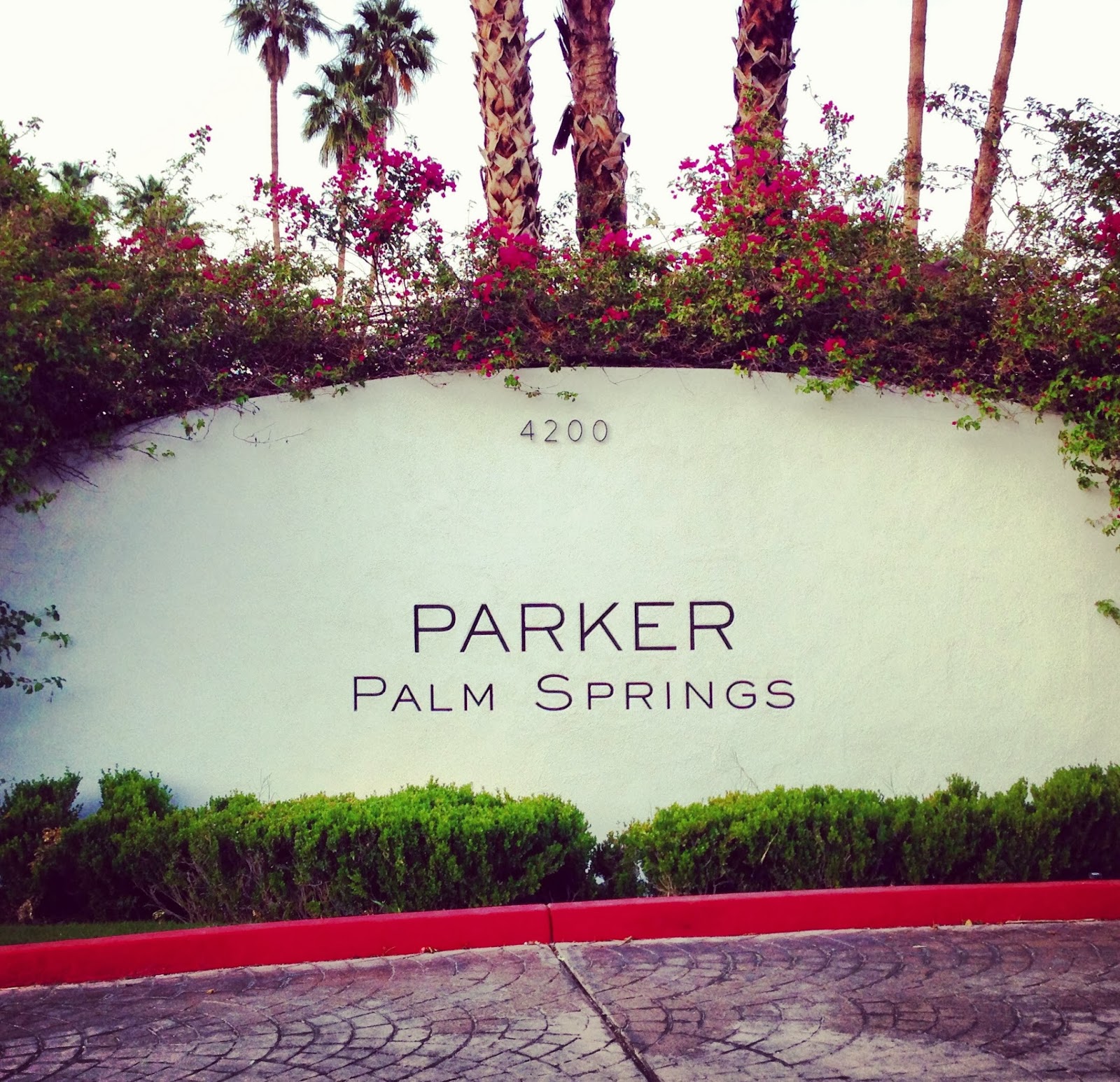 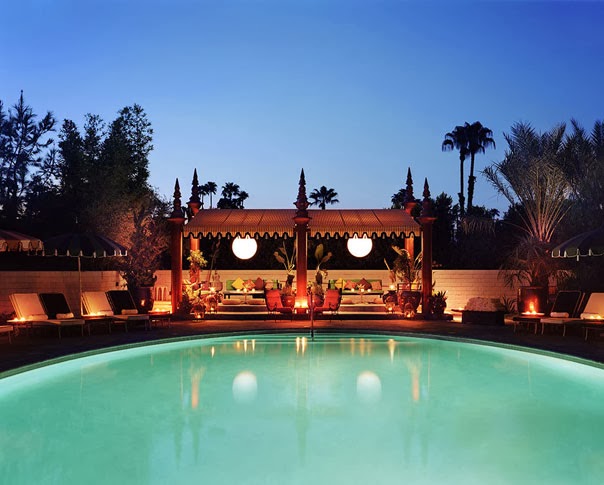 There is a surprise around every corner at The Parker.  The estate has been configured as a series of outdoor rooms with pathways hidden among tall hedges.  You never know what you will find at the end of each path….it could be a gorgeous pool set against the backdrop of the mountains and palms, a croquet lawn, the colorful PSYC Spa, or the delightful Lemonade Stand seen in the image below (complete with mist to fight off the desert heat). 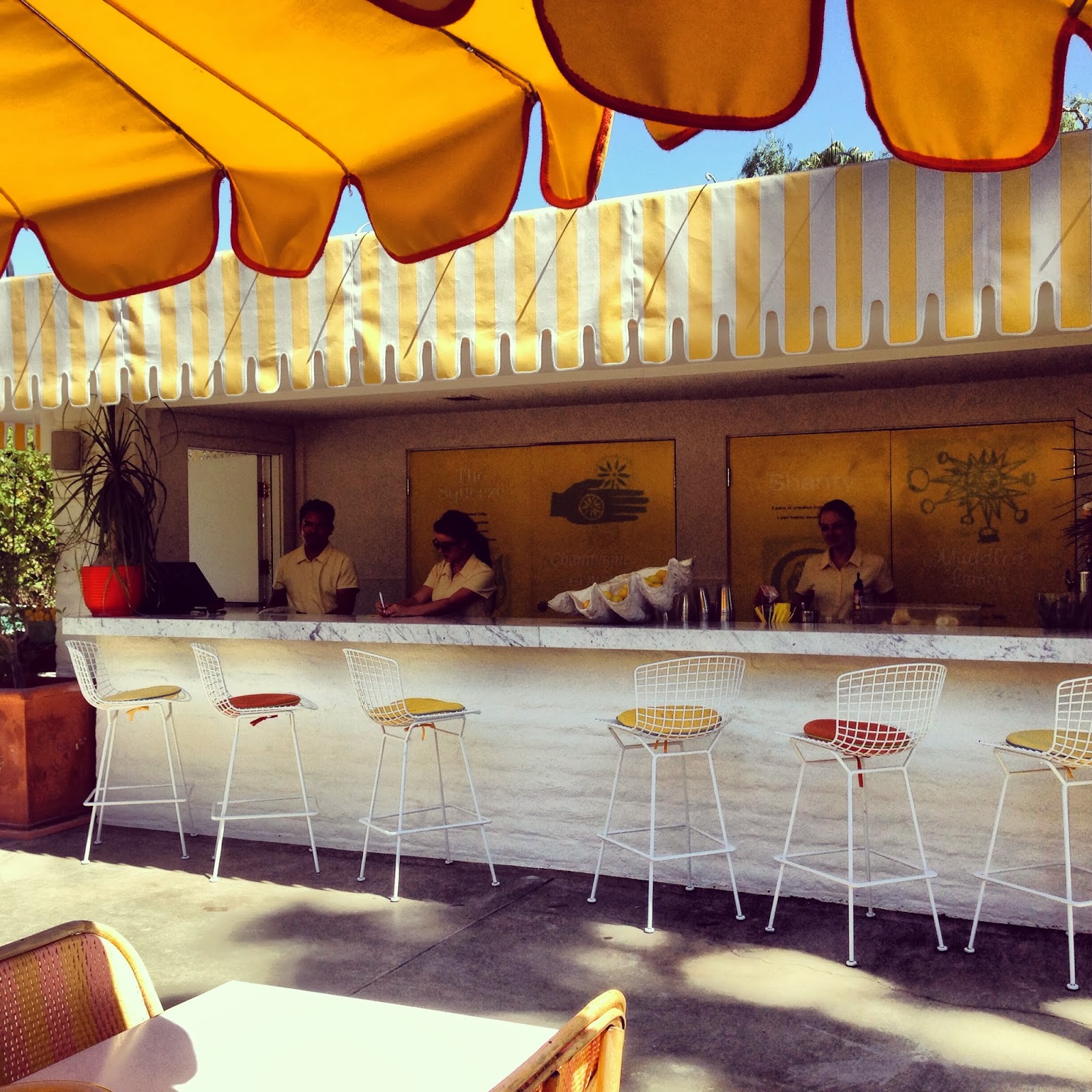 The architecture and interiors blend together seamlessly.  From the entrance through the infamous orange doors, pops of orange connect the eye through the lounge areas and onto the terrace where Norma’s restaurant is located. 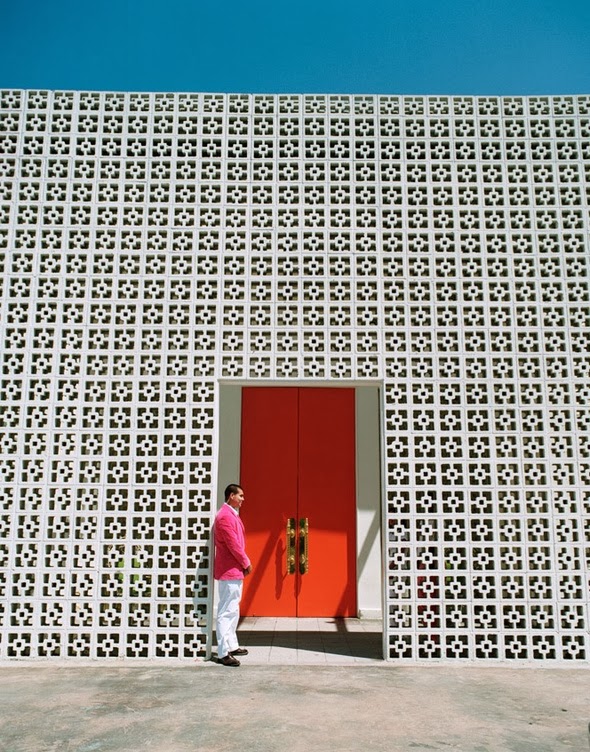 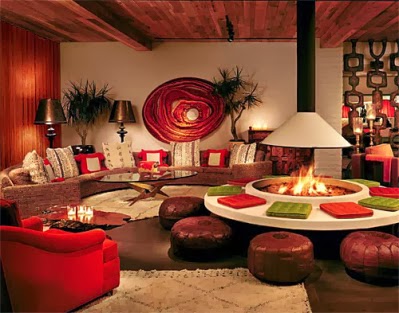 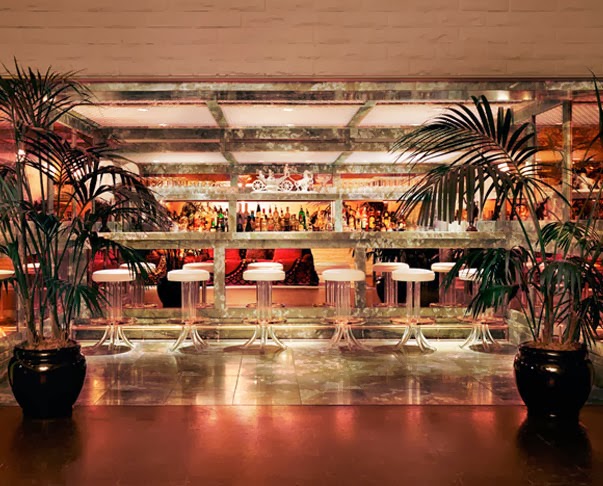 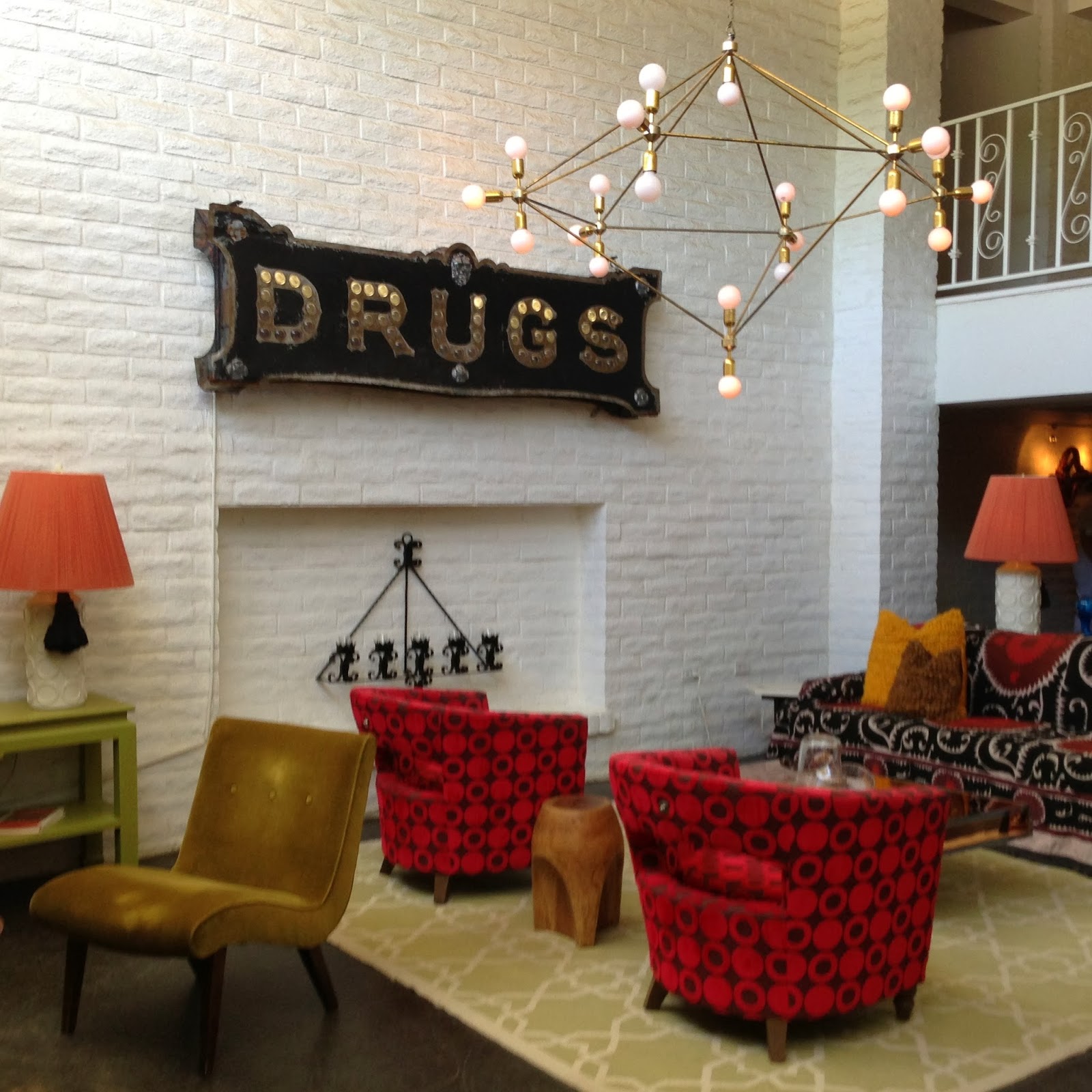 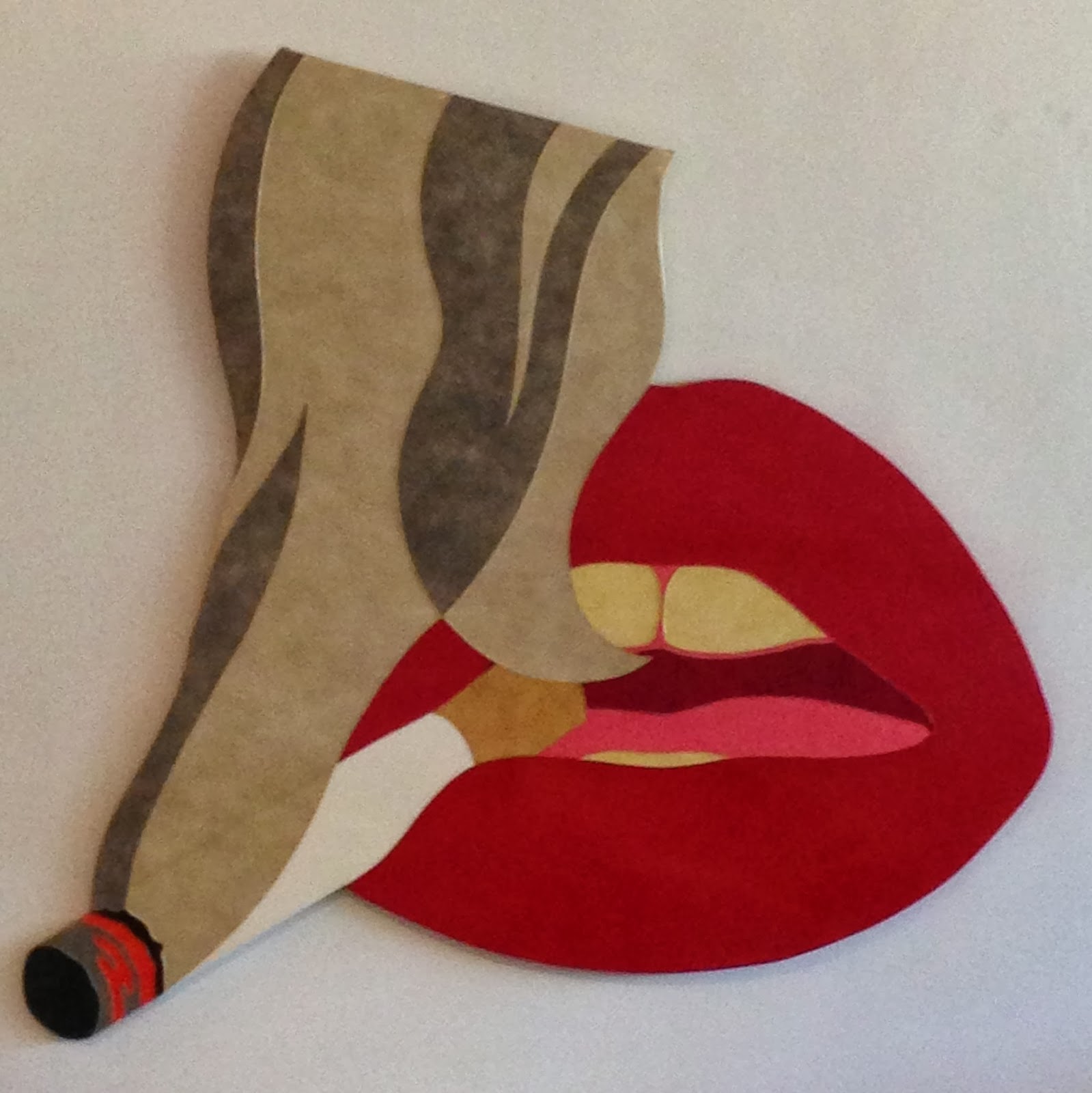 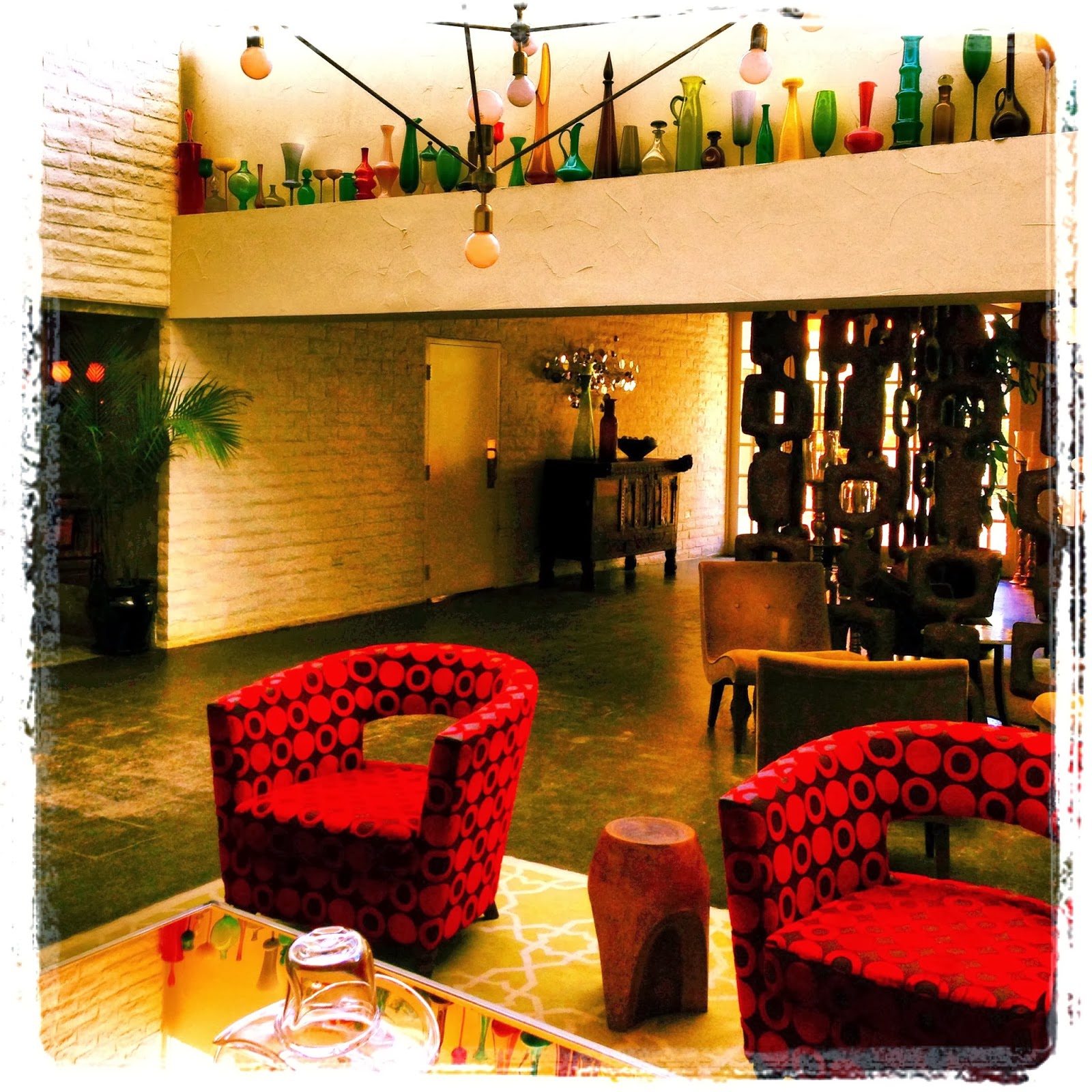 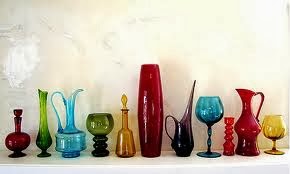 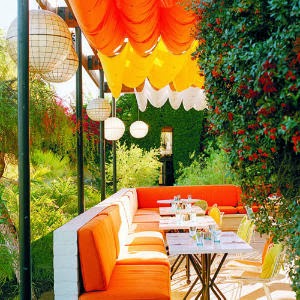 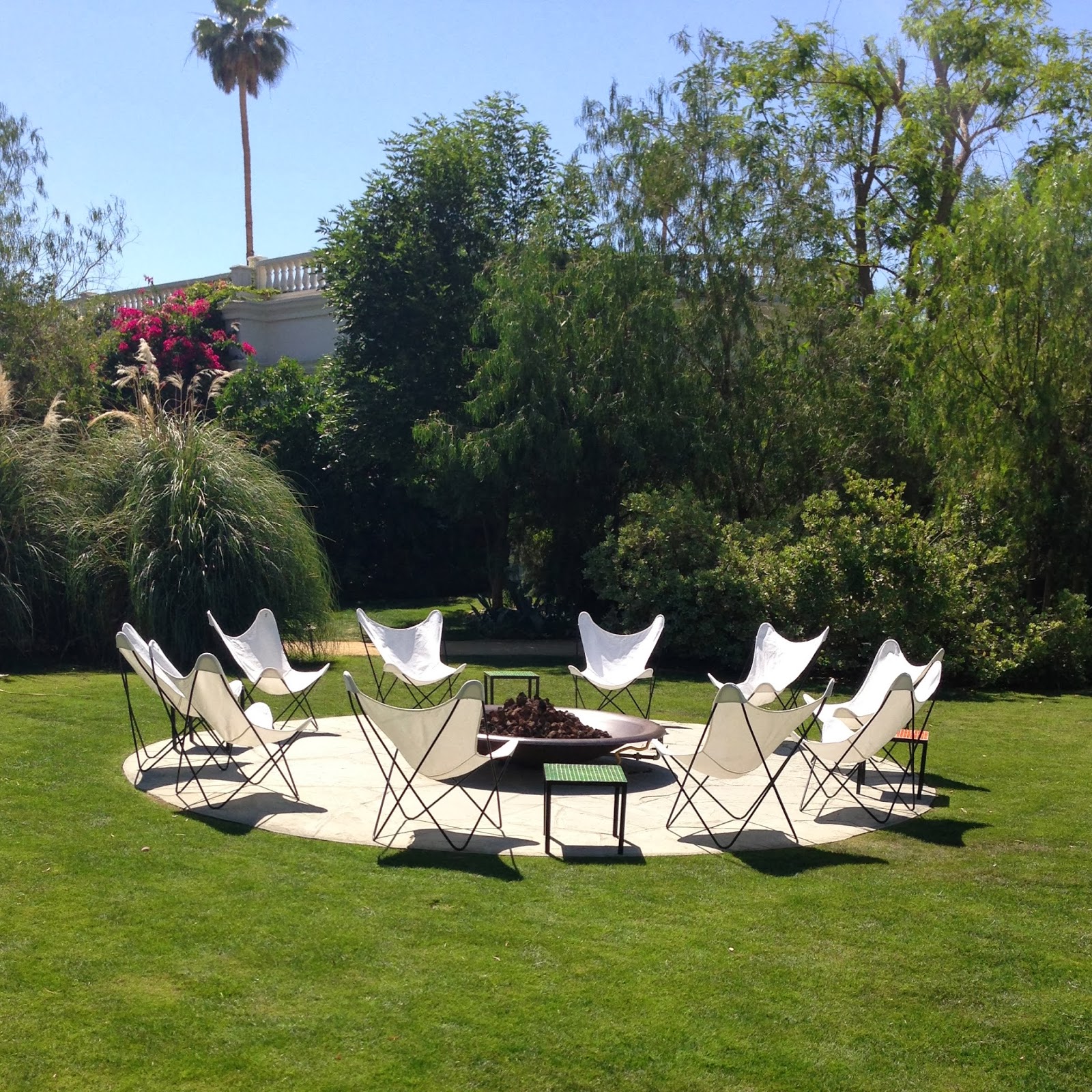 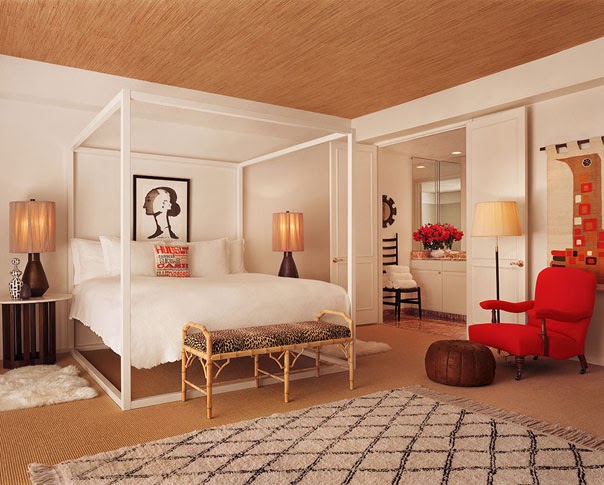 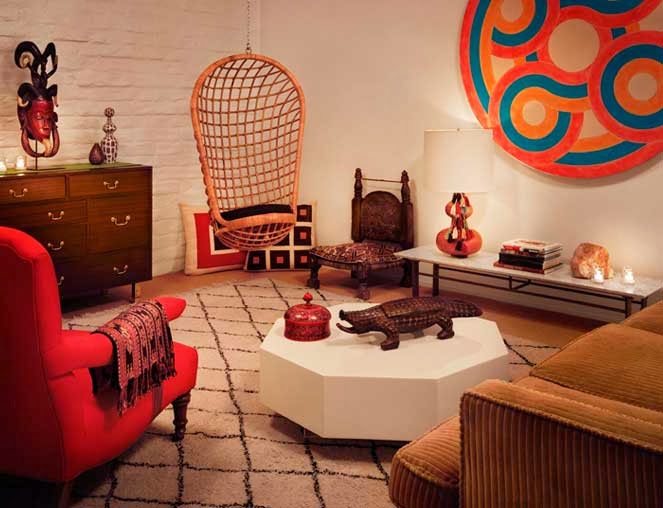 The Palm Springs Yacht Club (cheekily known as PSYC) features world class treatments set in a colorful nautical theme. The spa also has an indoor pool, fitness center and outdoor garden and dining. Click here to see a hilarious video of the amenities at the spa.

My fun-loving travel partners…accessory designer turned stylist Jodianne Johnson and artist extraordinaire Windy O’Connor. A special thank you also goes out to Trina Turk for getting this trip donated as an auction item for the Mint Museum Auxiliary. 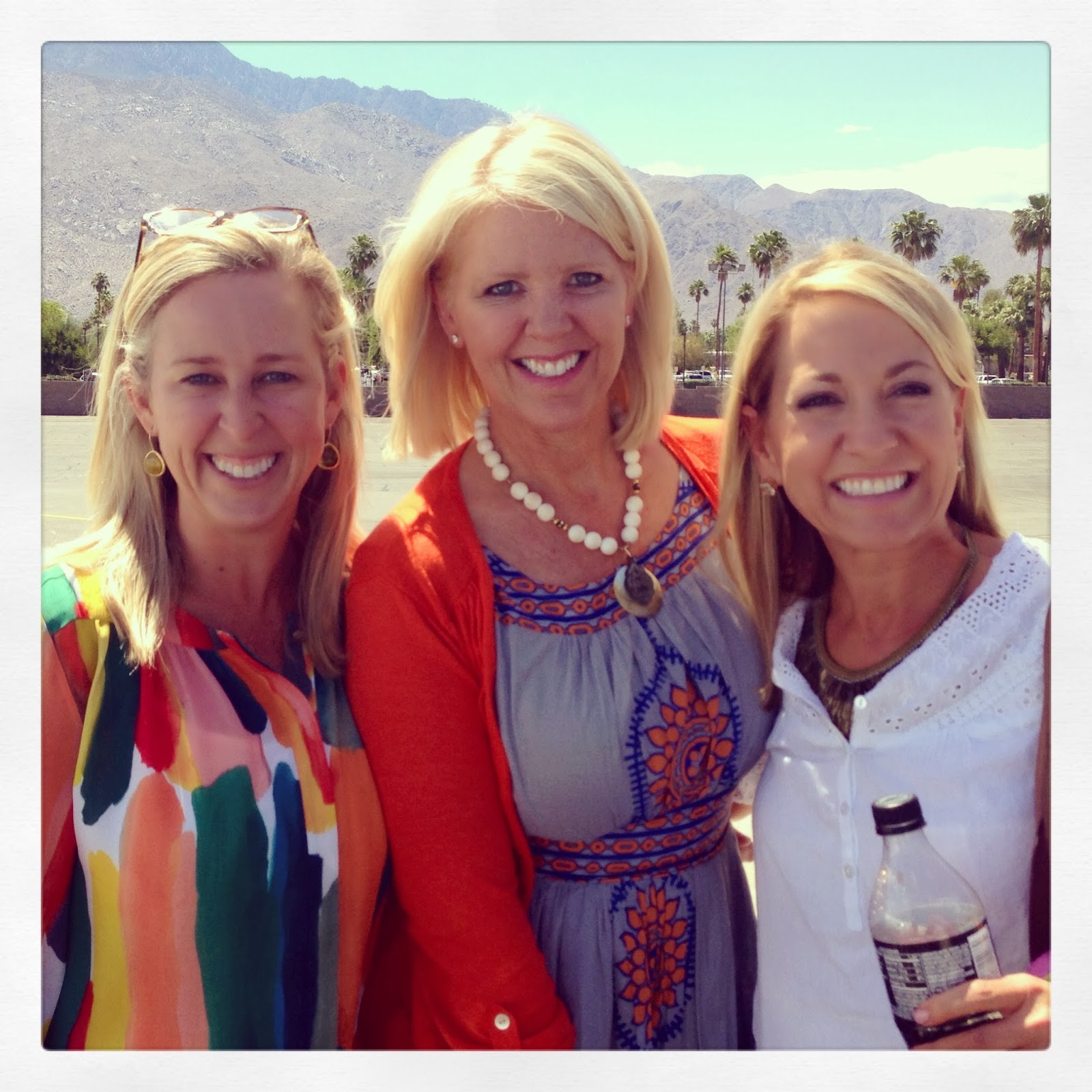 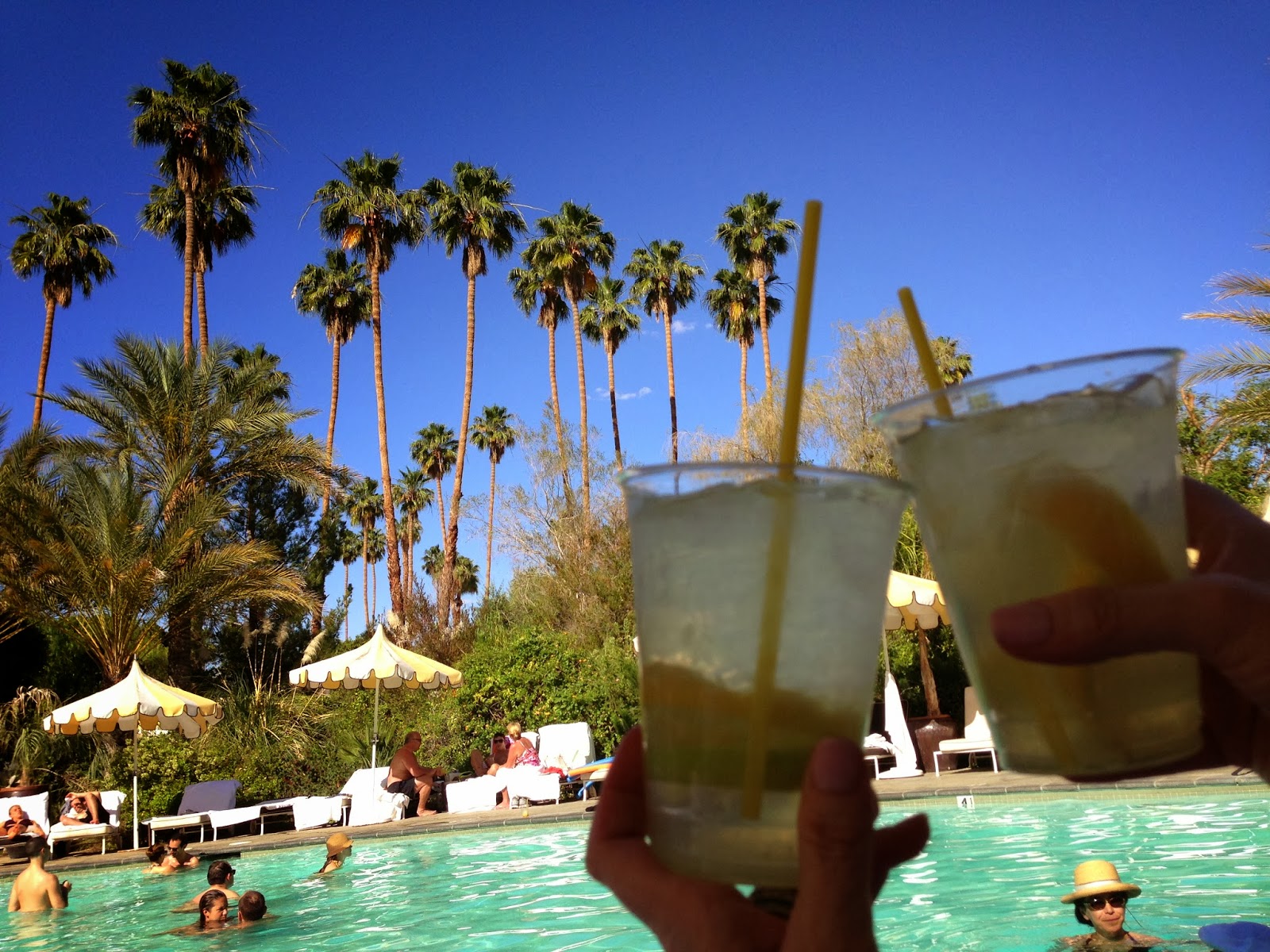 For more fabulousness from Jonathan Adler, click on this video to see how he inspires his team to hip hop their way to their inner creativity….
Here we are meeting Jonathan at the flea market in Paris….this made our whole trip! 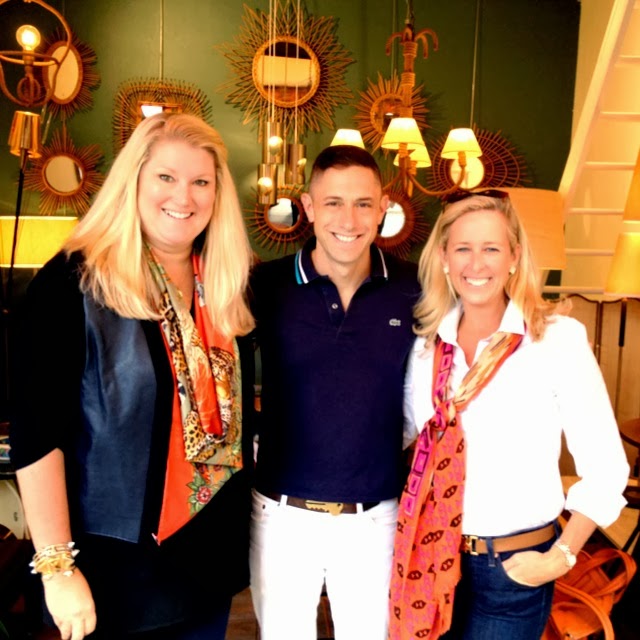