HERMÈS AT HOME: THE ULTIMATE LUXURY 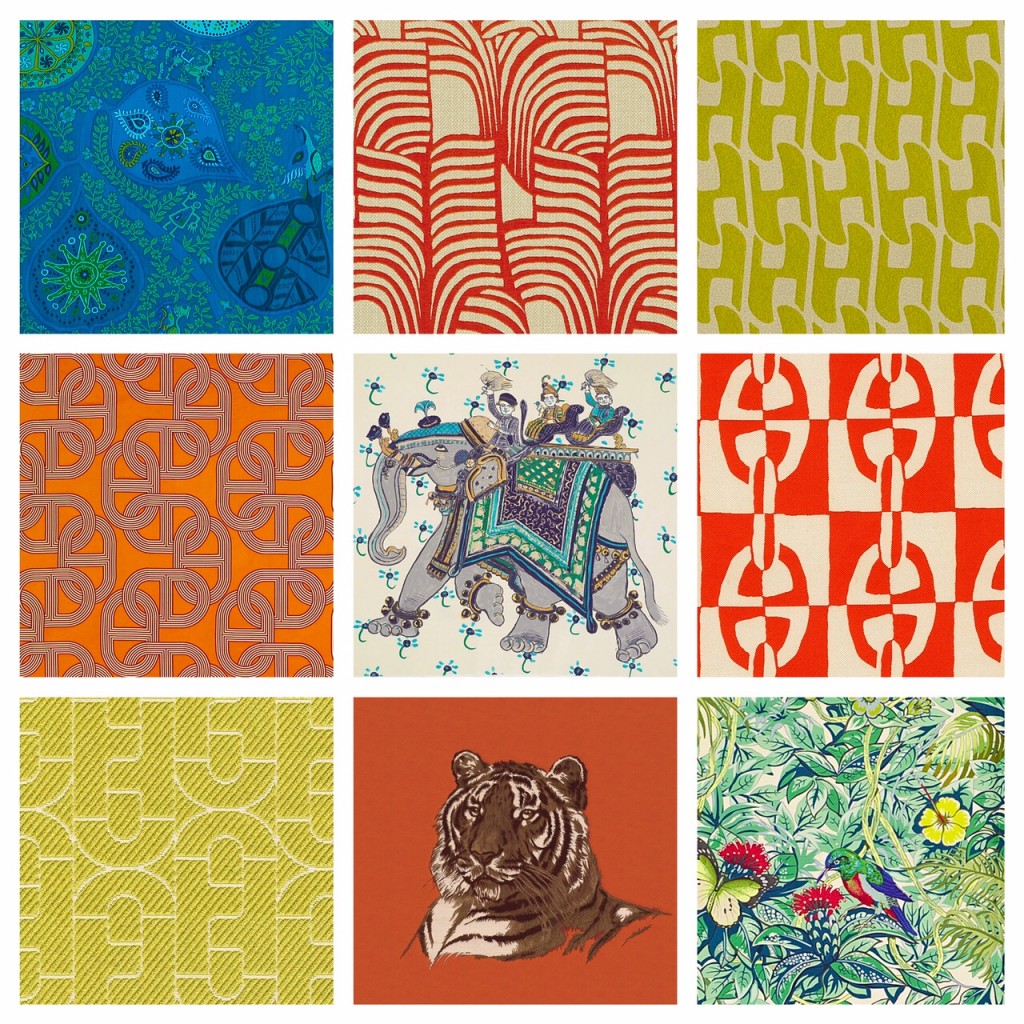 When a client brings a spark of inspiration to the design process, it makes my job as a designer much more rewarding. My primary role as an interior designer is an interpreter…being able to translate my client’s tastes into successful spaces. In doing so, the rooms become like the individuals and no two turn out alike. I recently had the privilege to work on a project that was inspired by a client’s favorite Hermès scarf. It embodied everything she desired…the colors, the pattern and the luxurious feeling she wanted for the space. 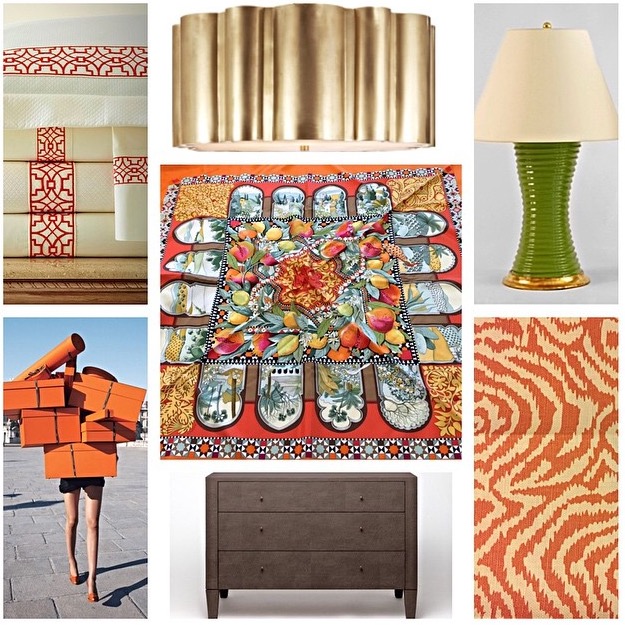 The last time I was in Paris, I saw the Hermès textile and wallpaper collection for the first time…The spell that this line always casts had me completely enchanted. 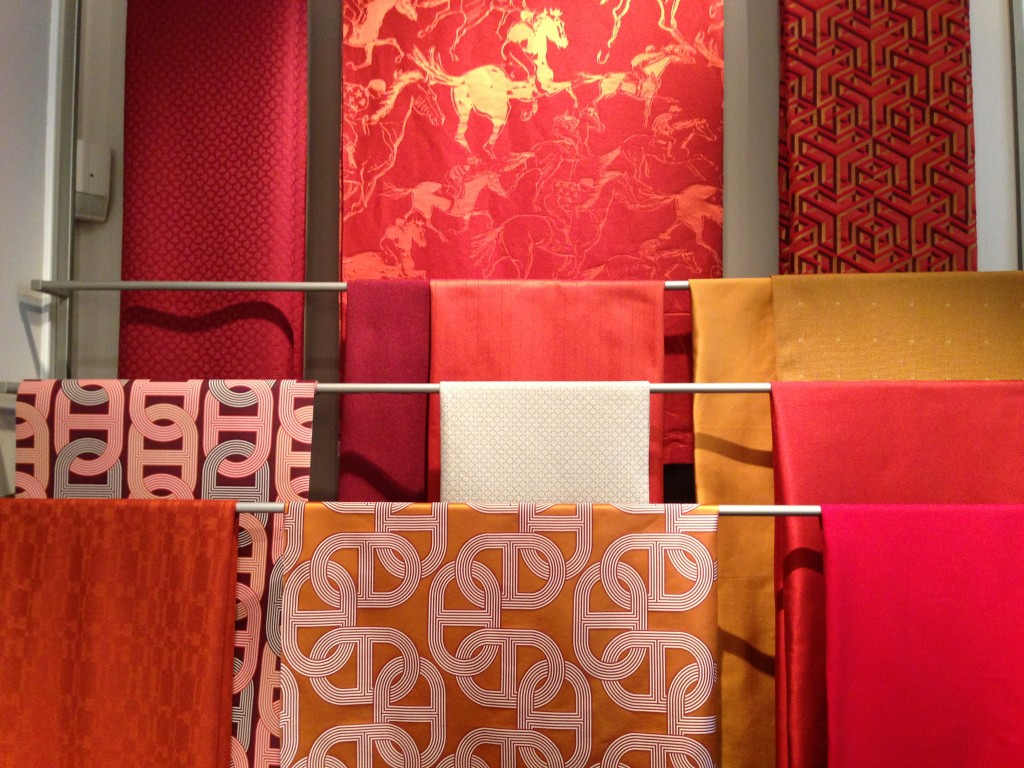 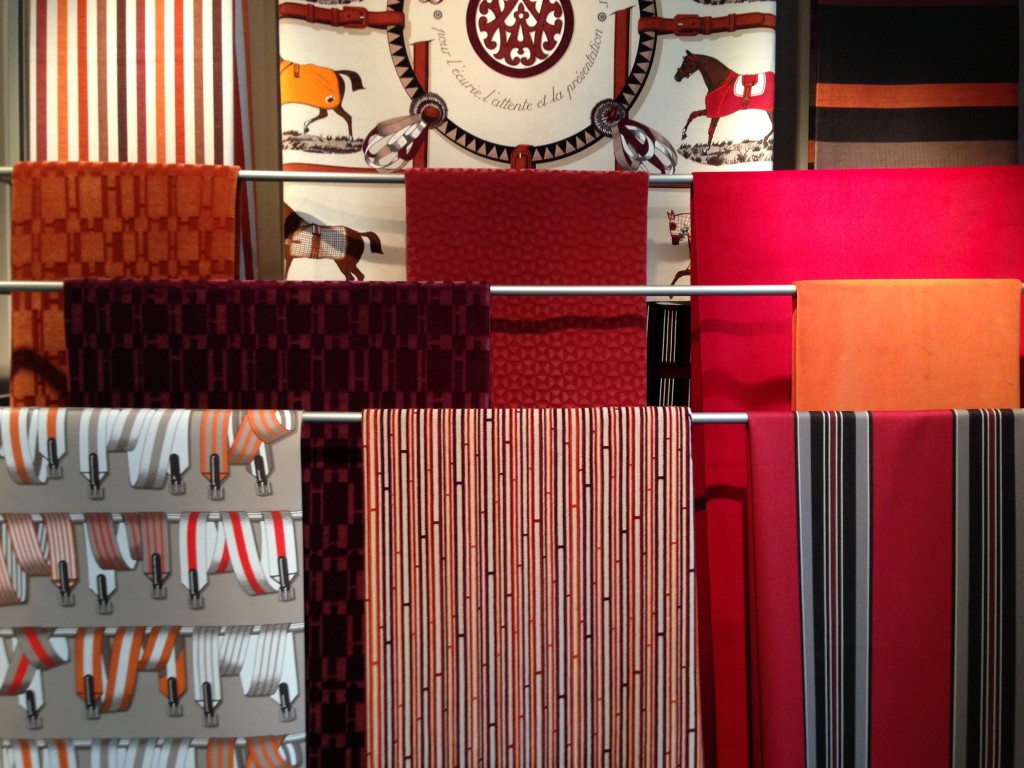 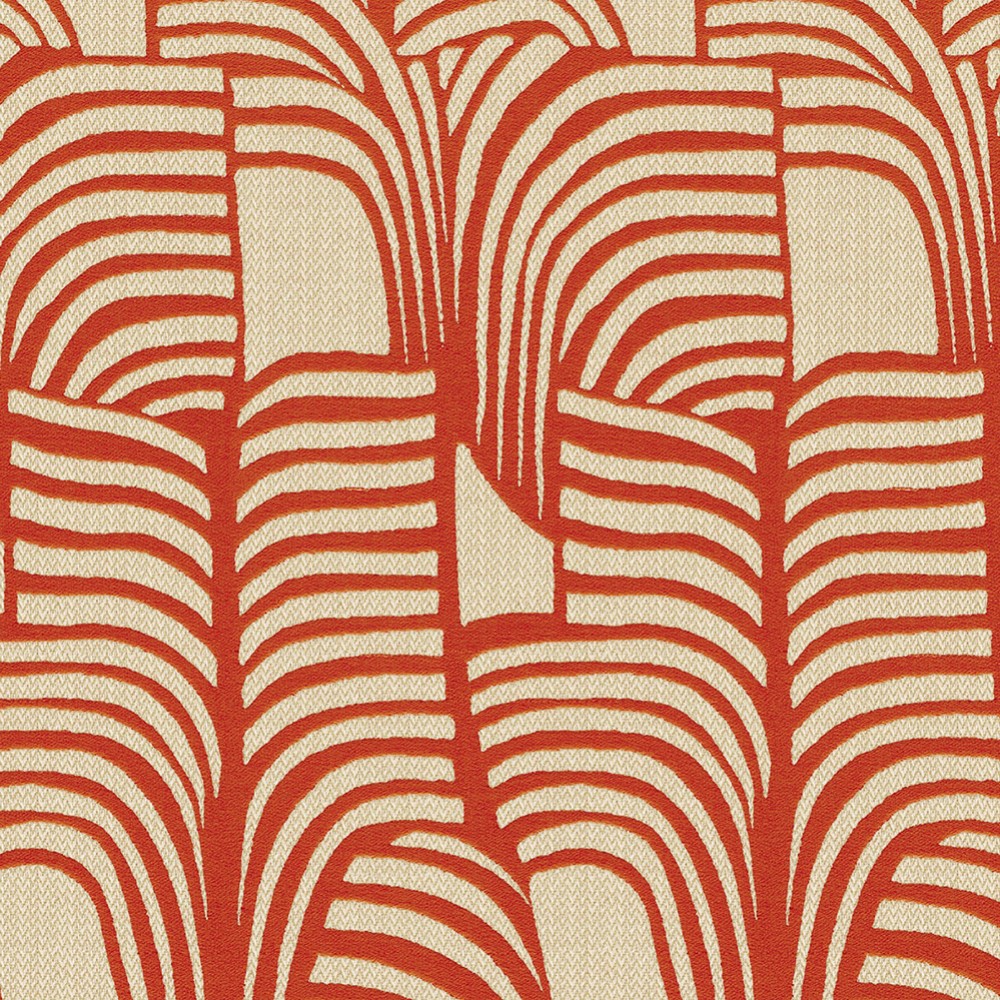 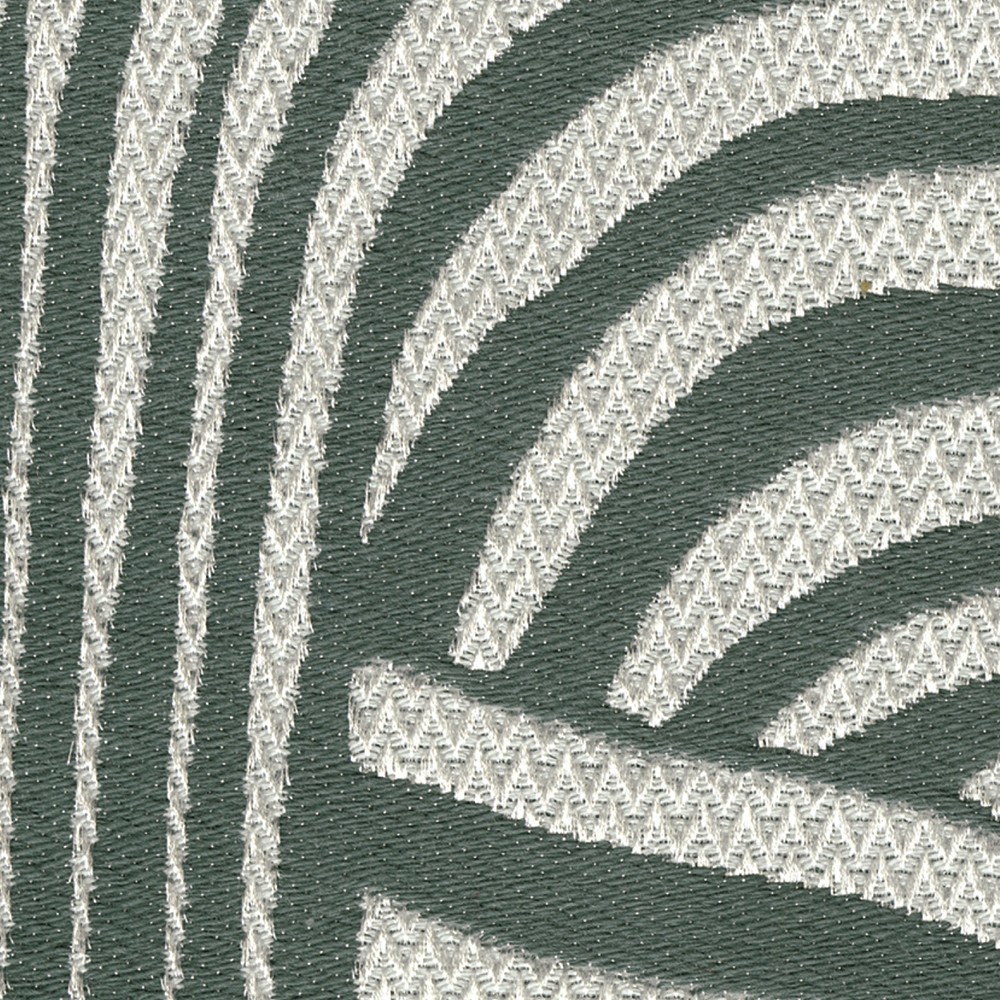 Zébrures takes its inspiration from a zebra’s coat. The stripes form a wave, like palm leaves in the wind. The motif appears in the cotton weft over a silk chevron background which gives this jacquard fabric texture and contrast. 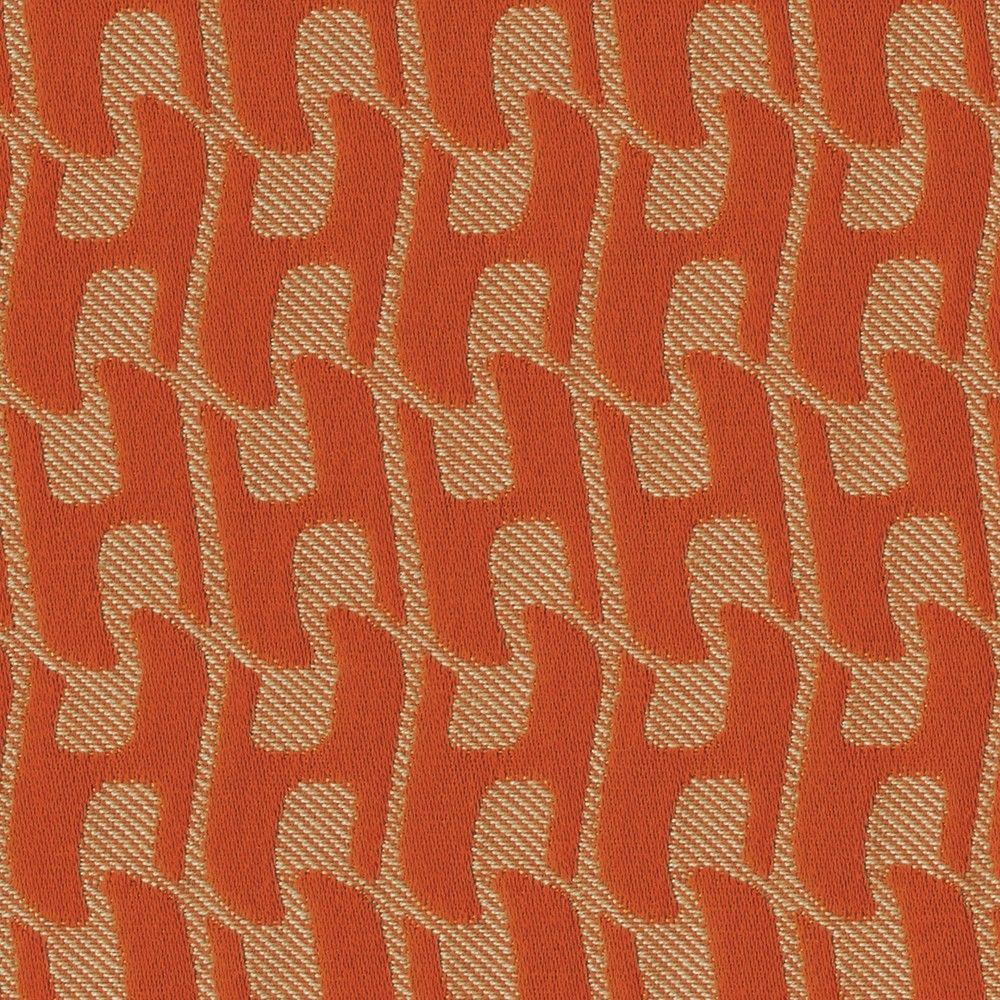 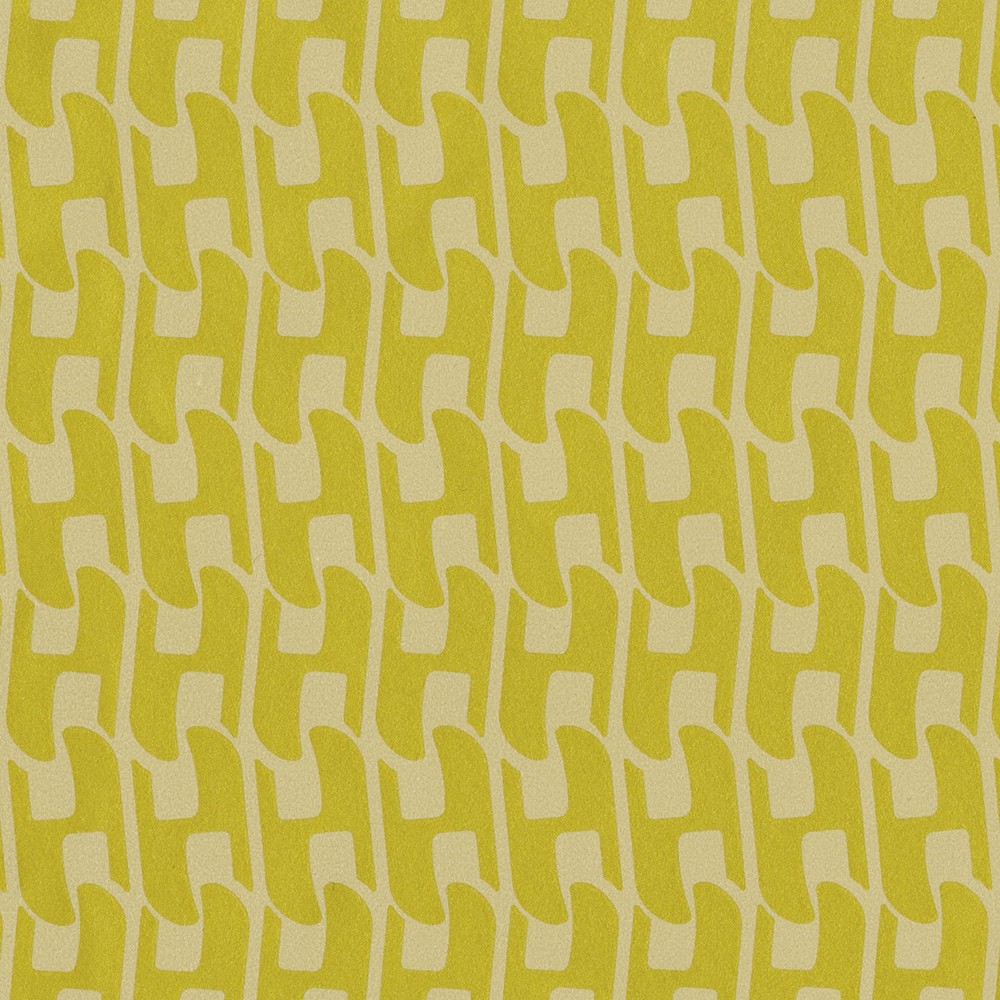 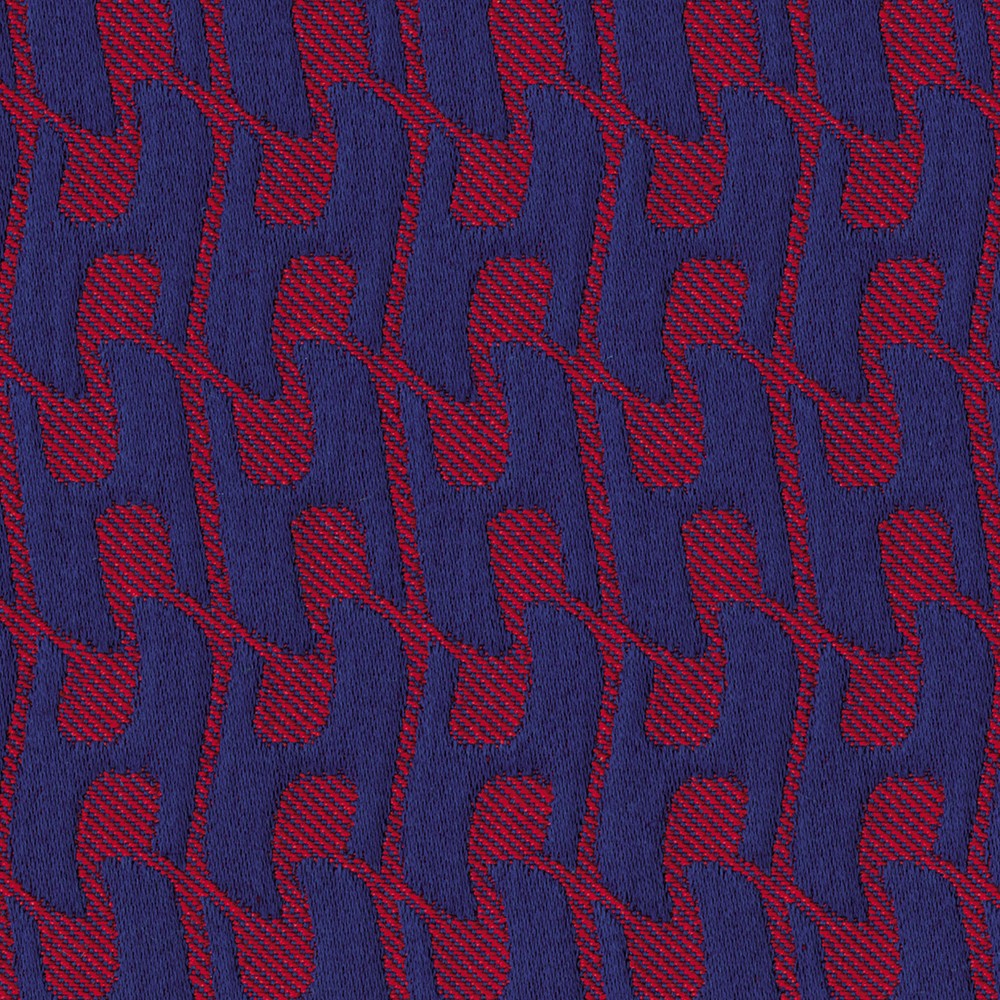 The Hs fit together like links in a chain to form undulating lines. This brocatelle jacquard, made of cotton and linen is sturdy and matt. It is available in neutral or high-contrast two-tone colour schemes. 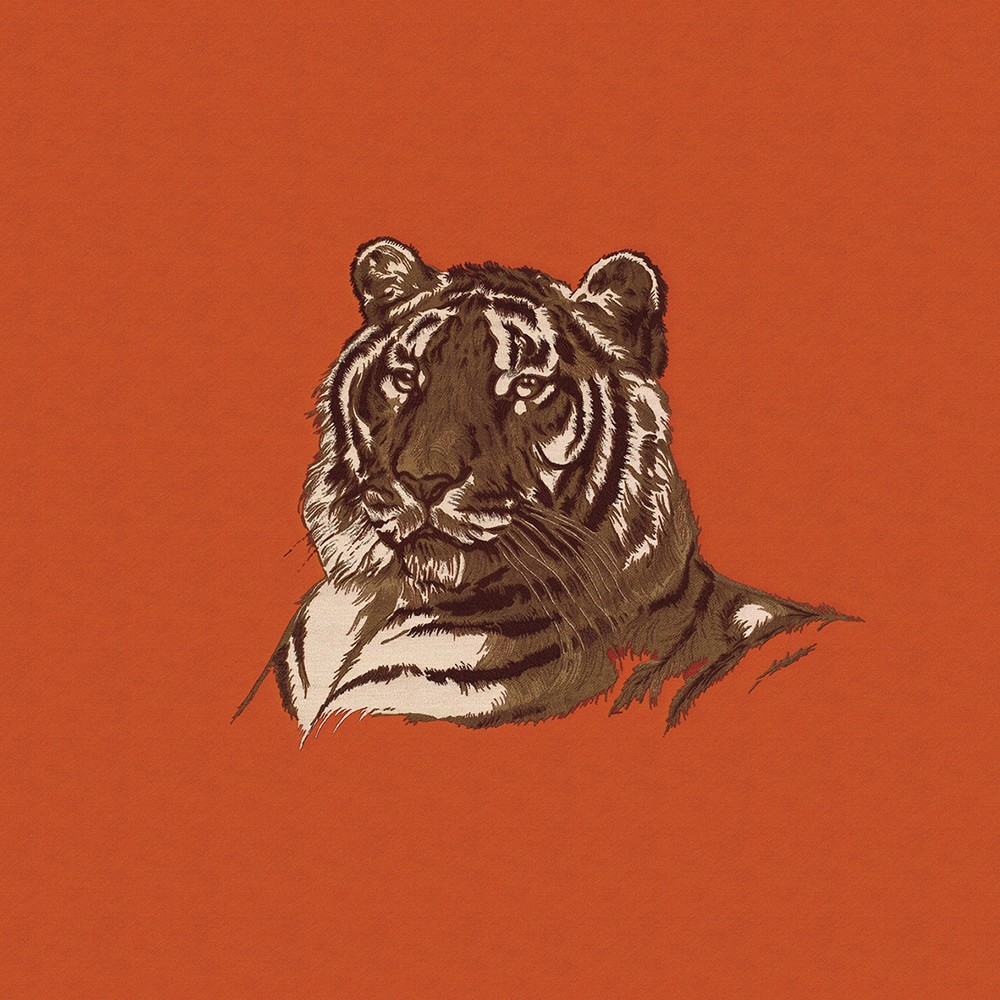 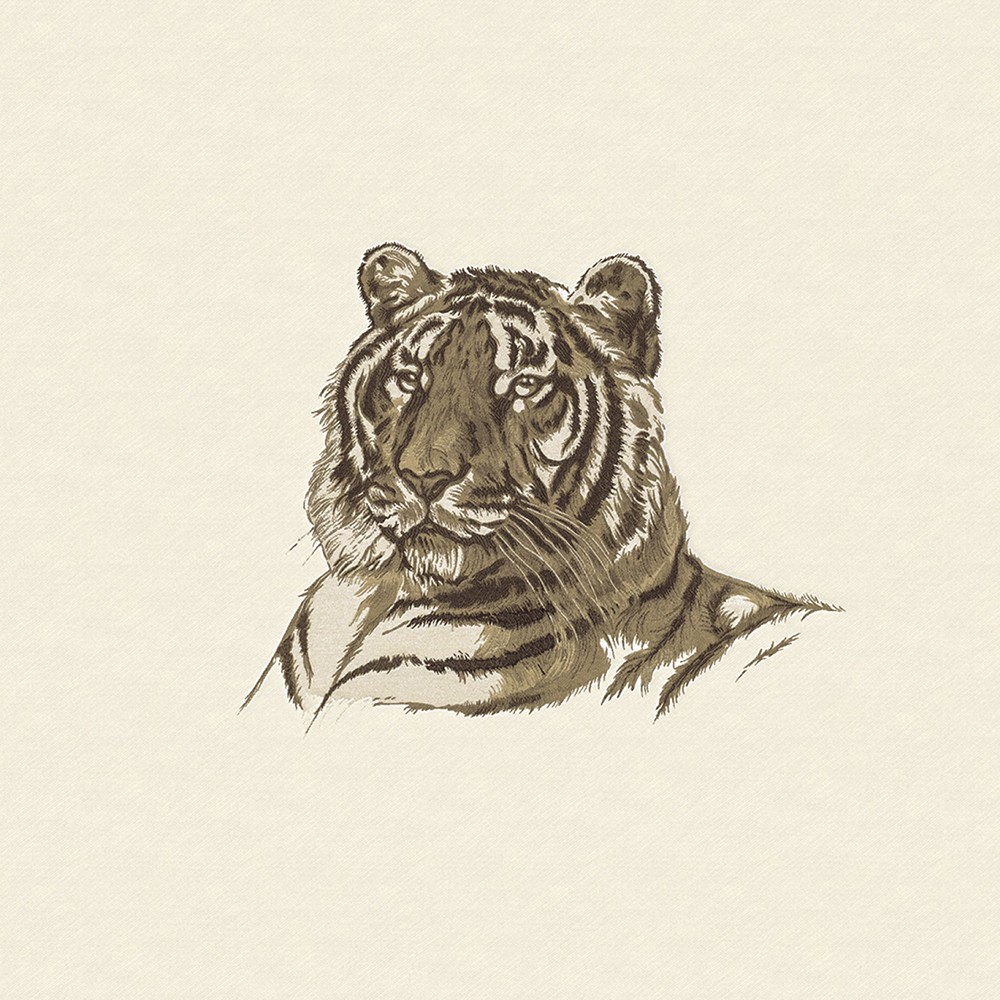 Croquis de tigre, taken from one of painter Robert Dallet’s sketches, depicts the profile and portrait of a majestic tiger. The elegant cotton-silk jacquard perfectly complements the animal’s natural beauty. The satin weave background is available in three rich, deep hues to offer the perfect contrast for the tiger’s powerful presence. These sketches, placed across the width of the fabric, could be used for upholstery so as for cushions. 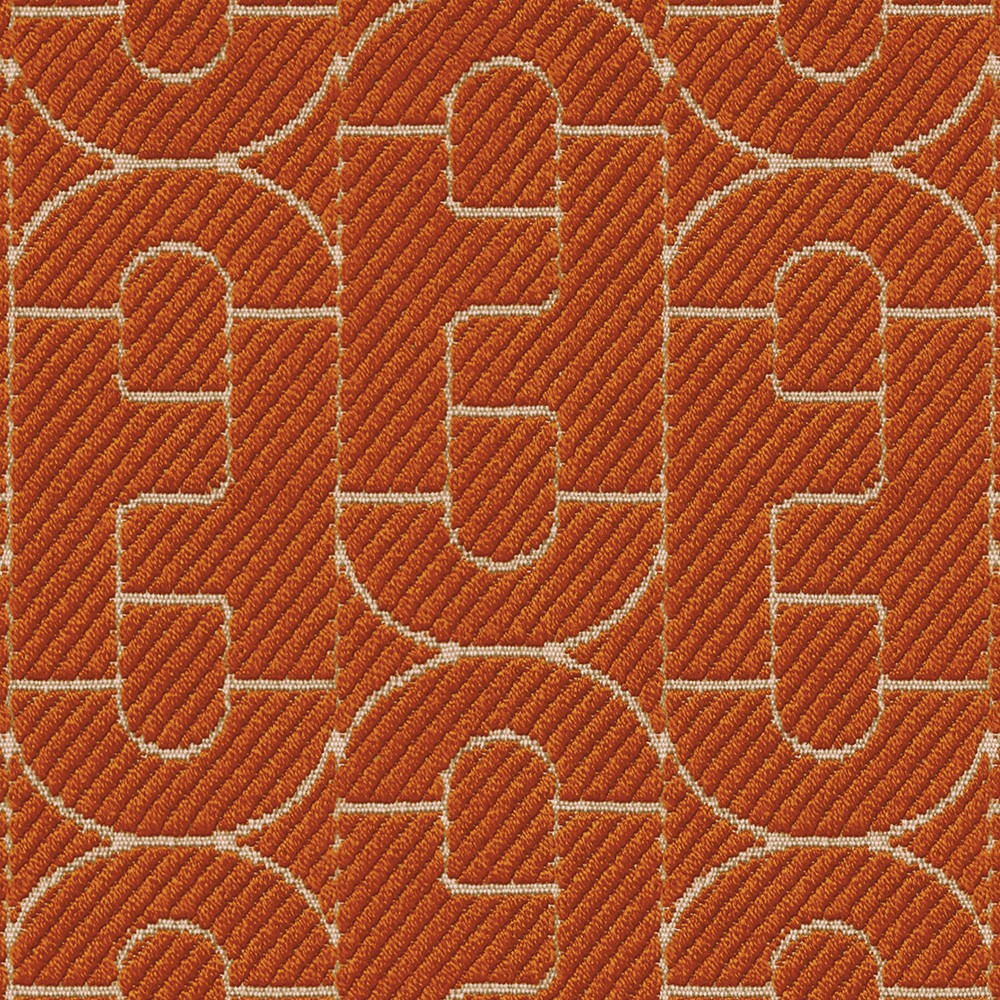 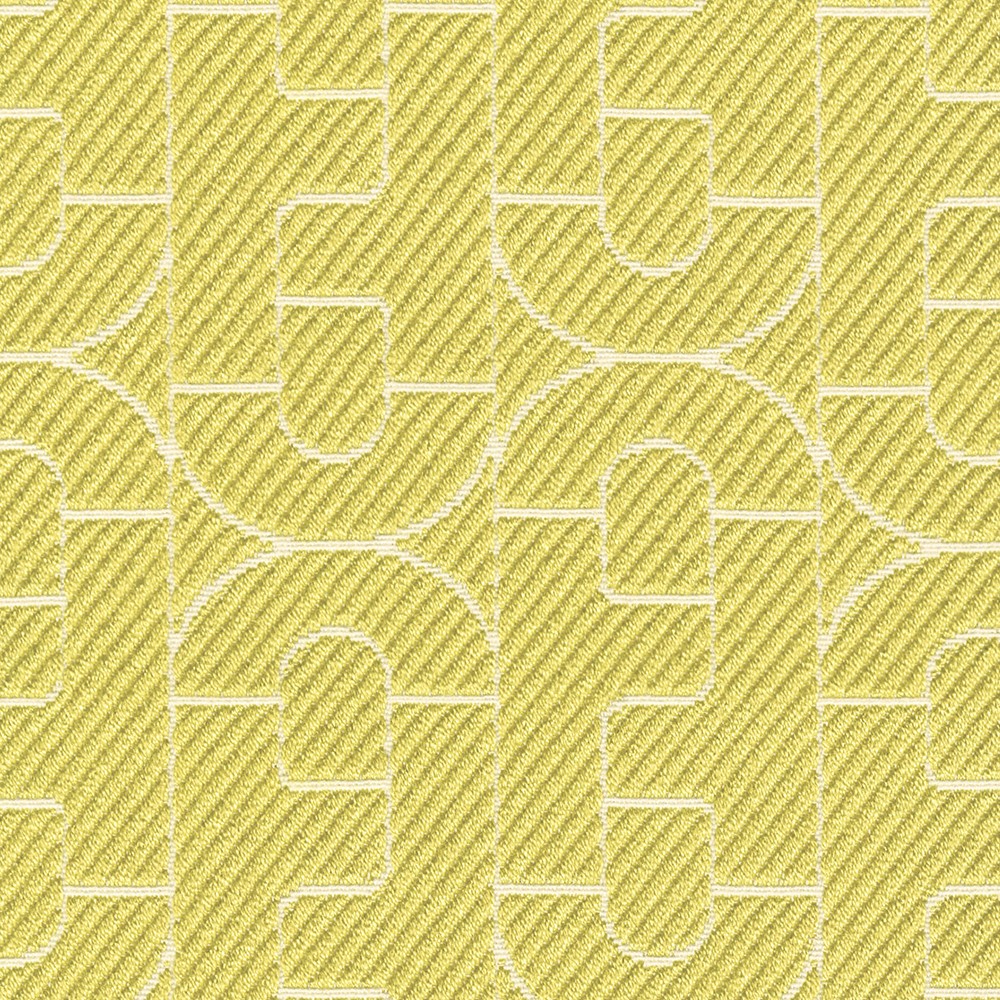 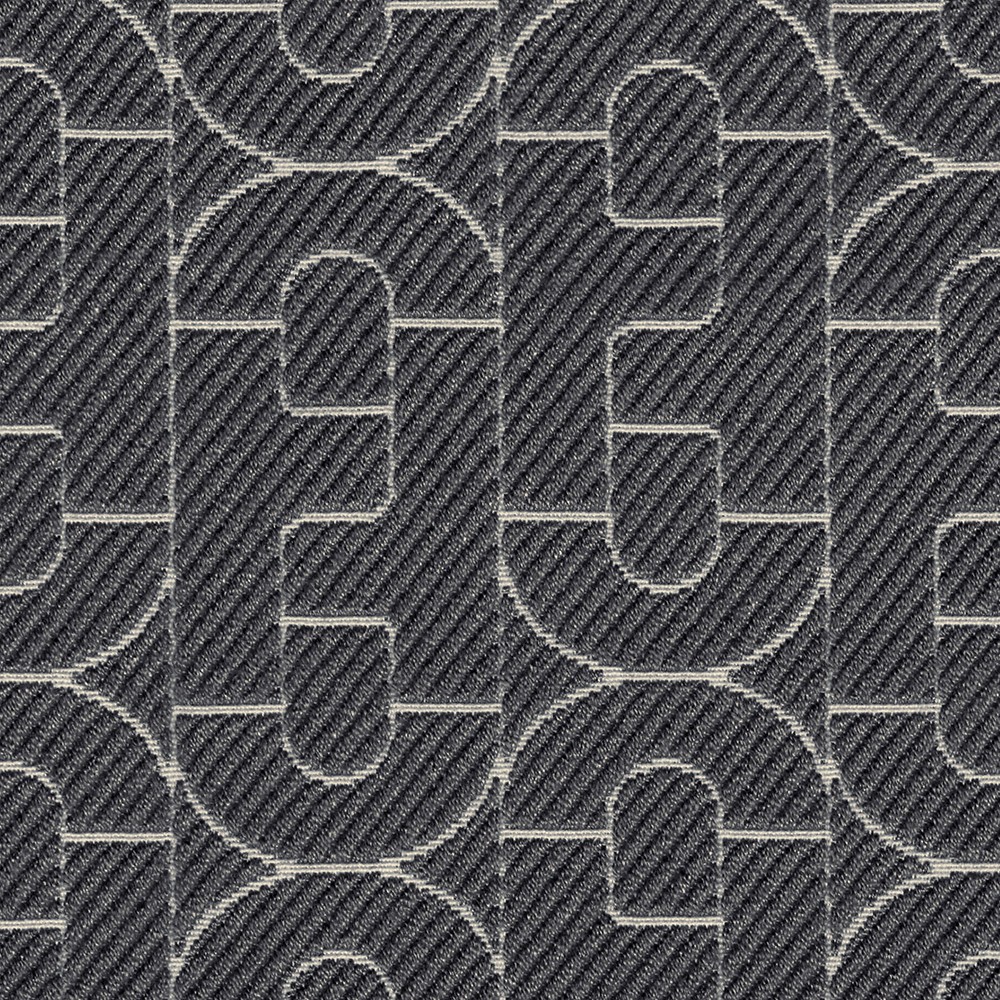 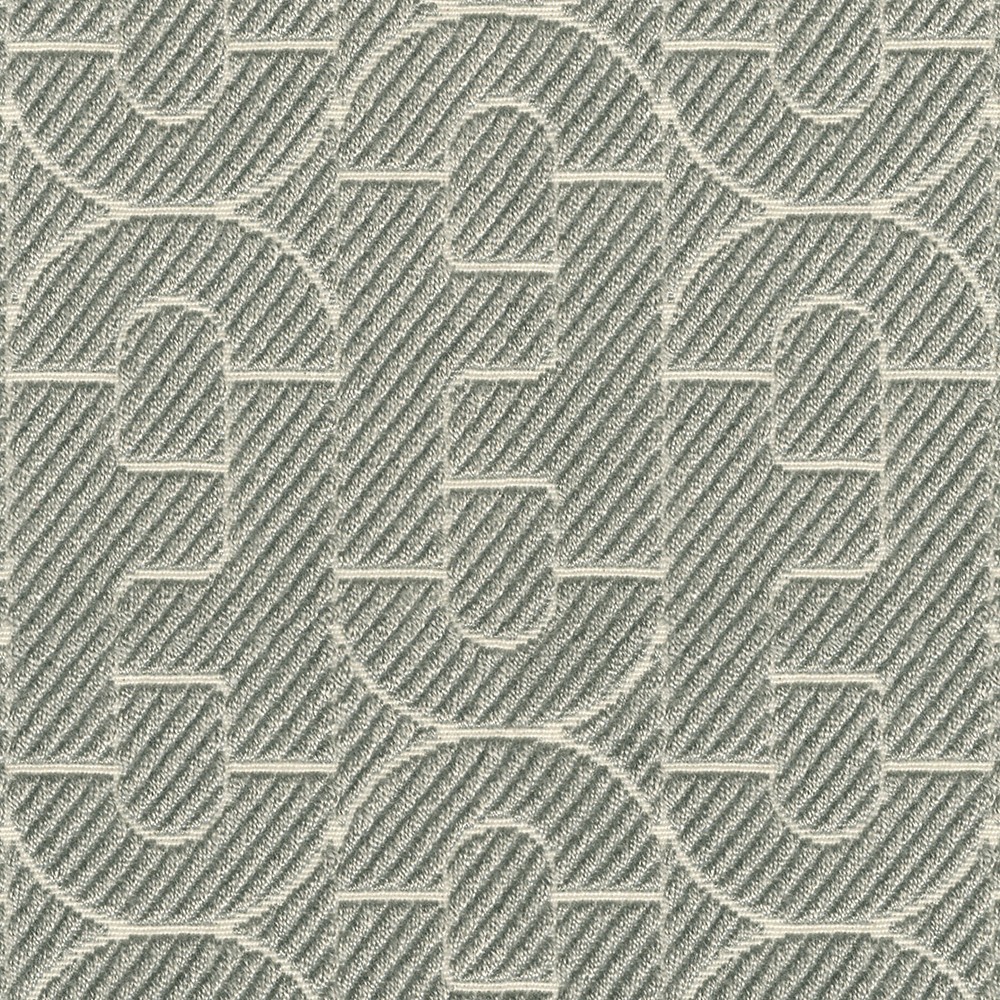 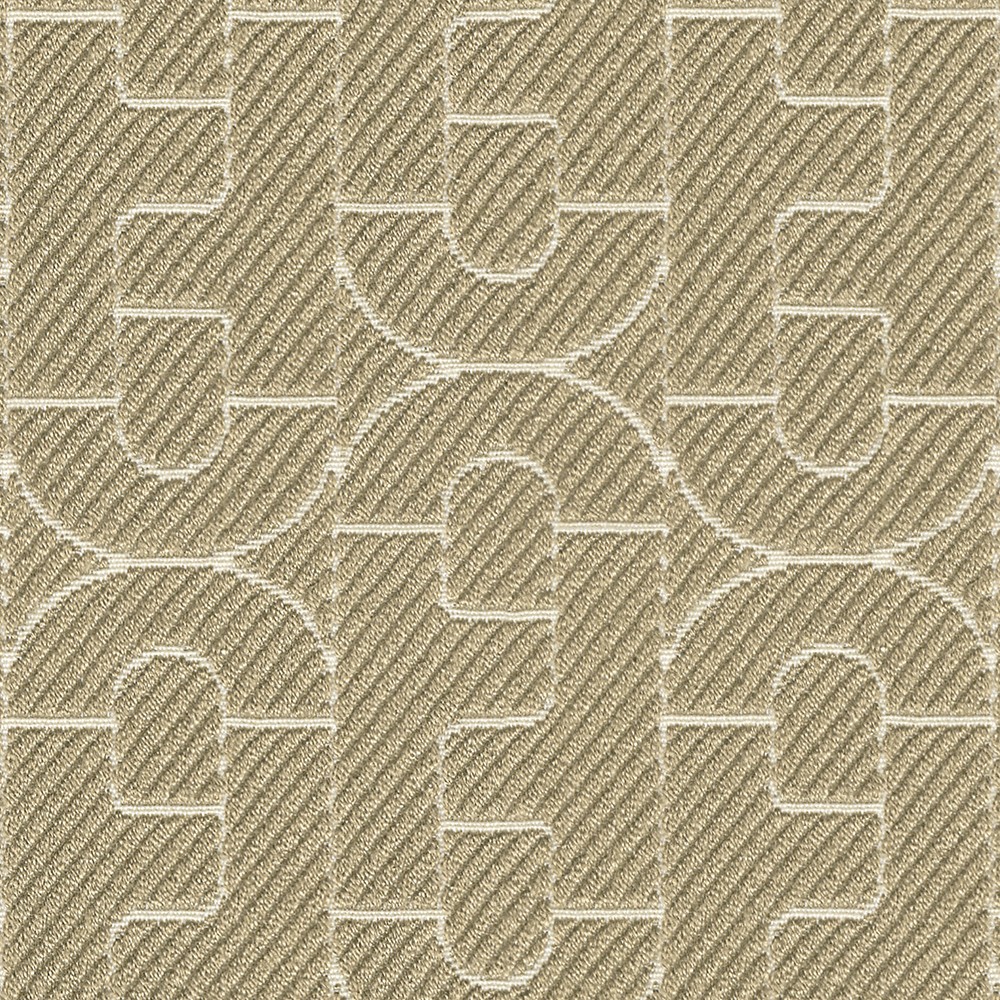 Fermoir H evokes the subtle and close-fitting clasp. In this jacquard interpretation, the outlines of the links elegantly adorn a twill background. This classic geometrical pattern in cotton and viscose reconciles durability and sophistication in a range of seven colour schemes. 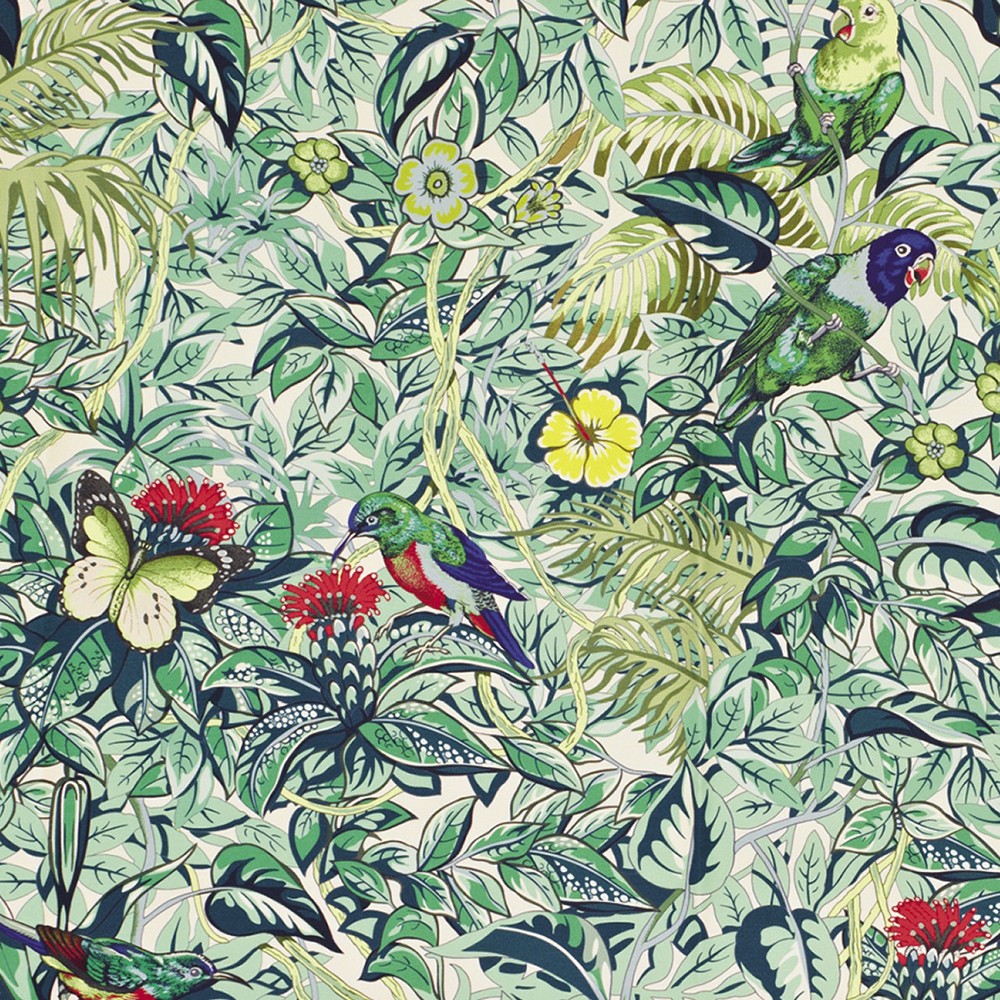 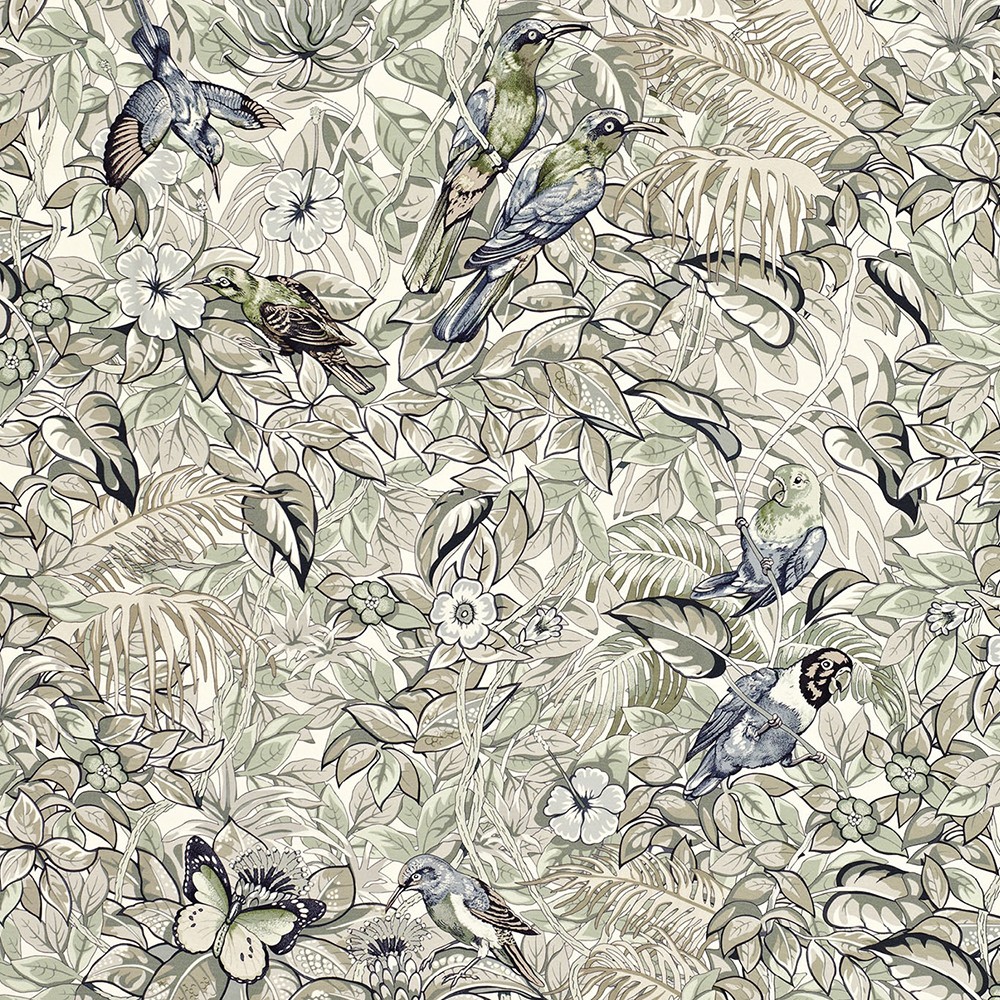 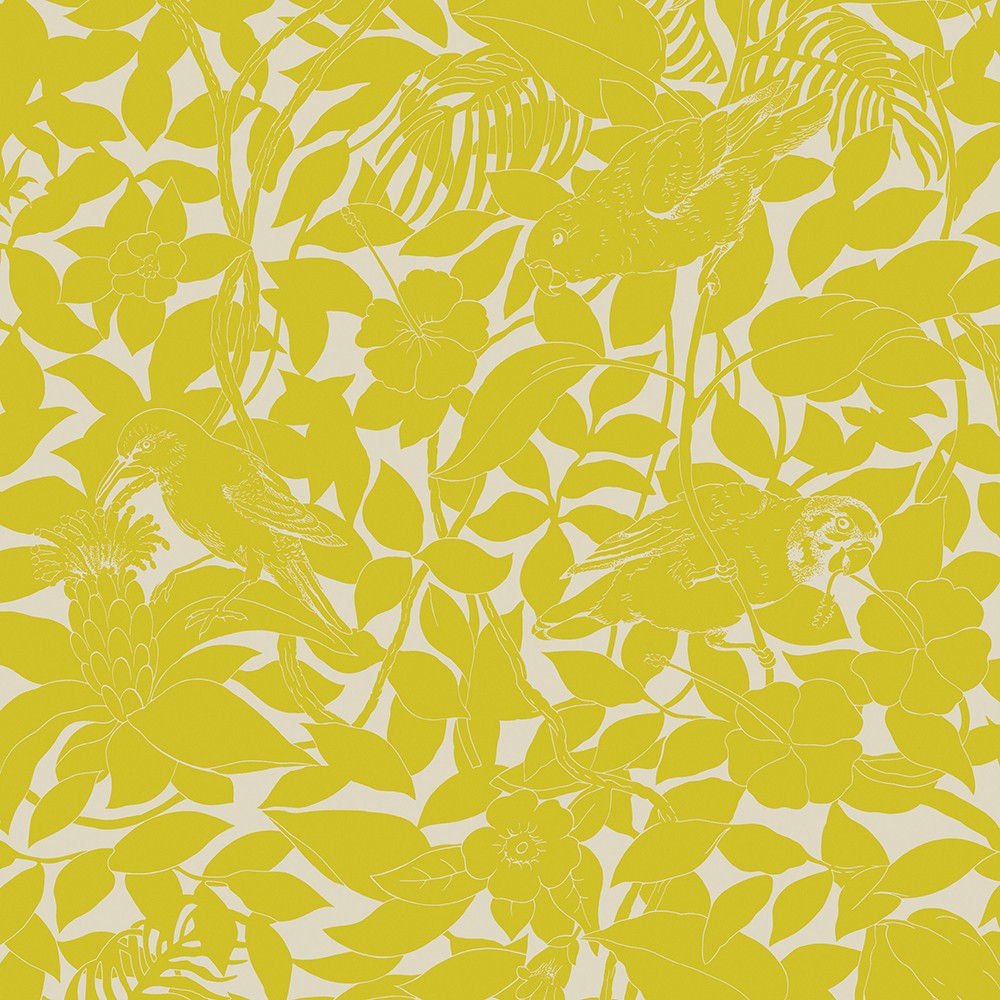 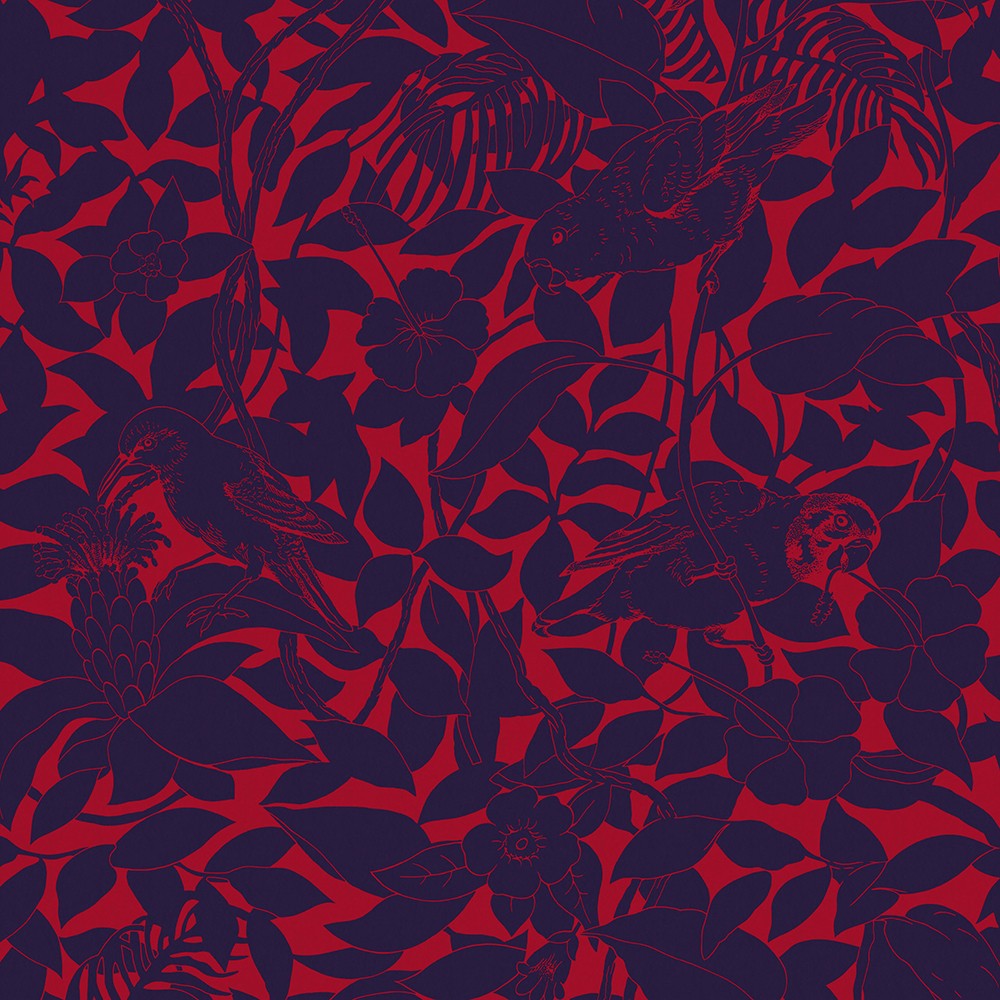 Jungle Life’s repeating pattern depicts the jungle surrounding the big cats in love from the now iconic Jungle Love silk scarf designed by Robert Dallet in 2000. The design brings to life an imaginary world of luxuriant vegetation. Jungle Life is printed on a graceful heavy silk twill that is new to the collection. It perfectly symbolises Hermès’s creative approach and renders the print even more stunning in three variations, each with 21 colours. 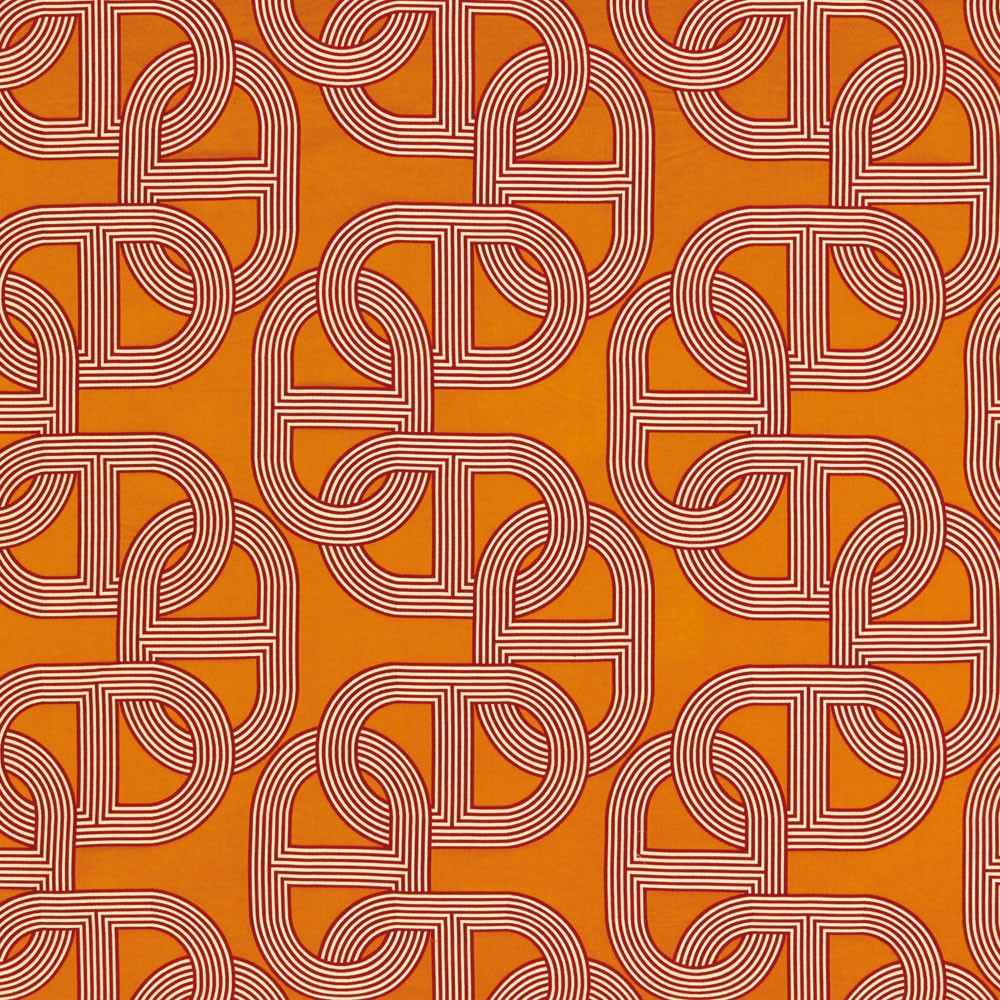 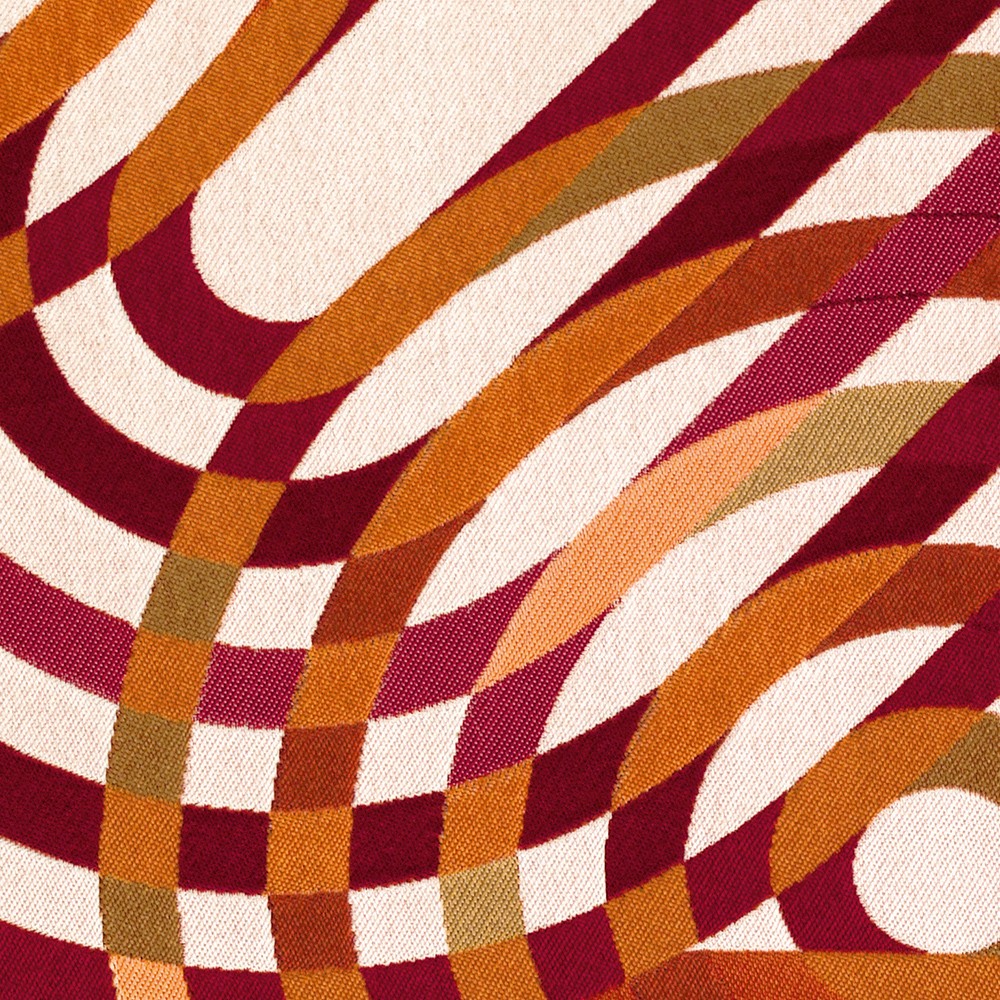 Pierre Marie Agin plays with ribbons which uncoil and escape from their coils. They find their way into the complex interplay of concentric circles and geometric games in the ribbon factory. Mixes of warps and wefts, and yarn crossing reveal a palette of precious colors in subtle shades of changing effects. 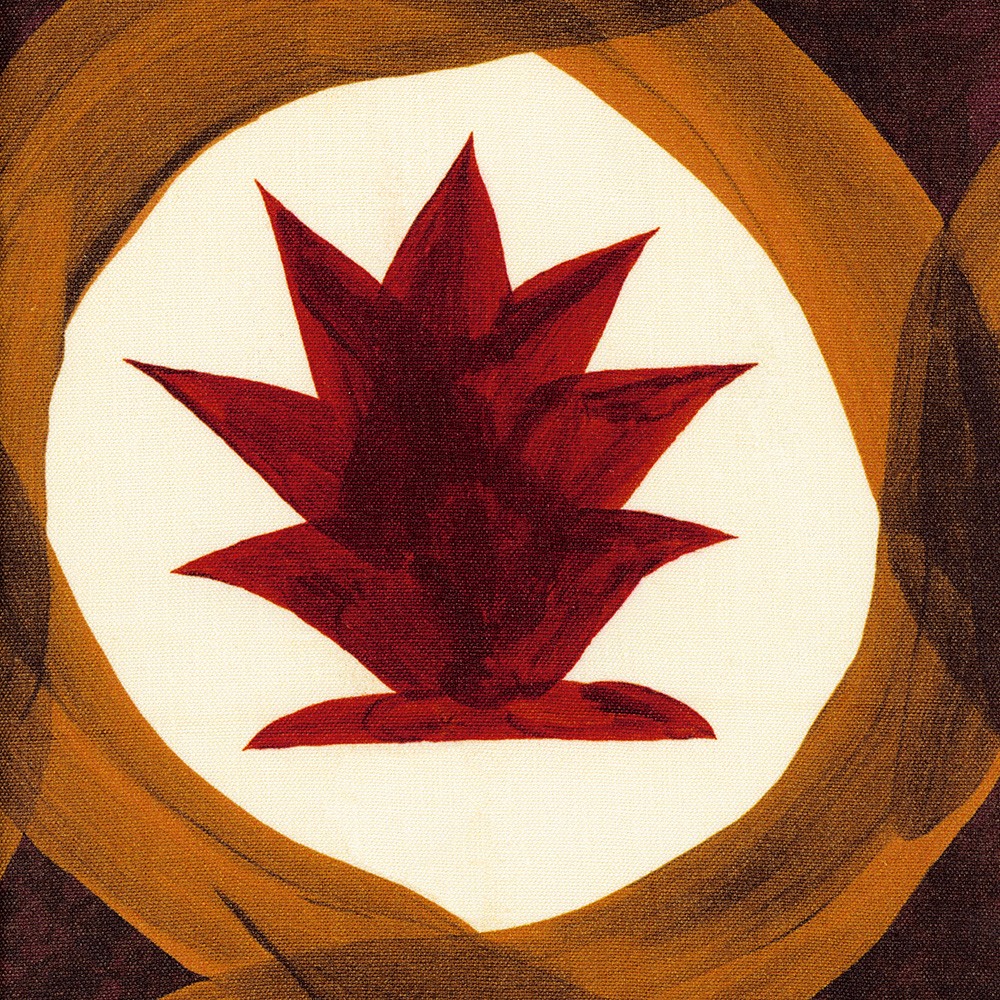 This original drawing from Jeff Fischer recalls coastal flora in a medallion composition. The vegetal patterns with colors patinated by the fresh air reflect pallets of grass, algae and sea water. The quality of the linen support and the regularity of the threads allow a perfect gouache effect and provide a particular smooth feel to the fabric. 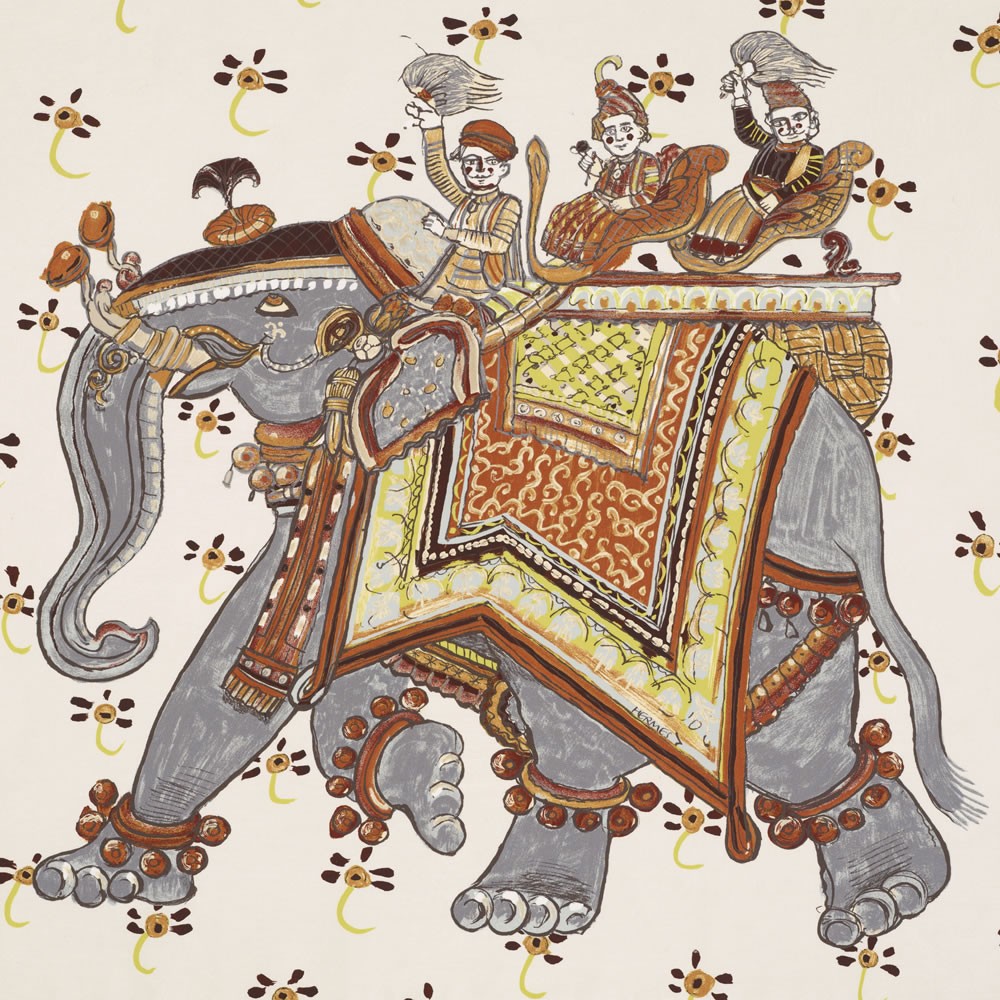 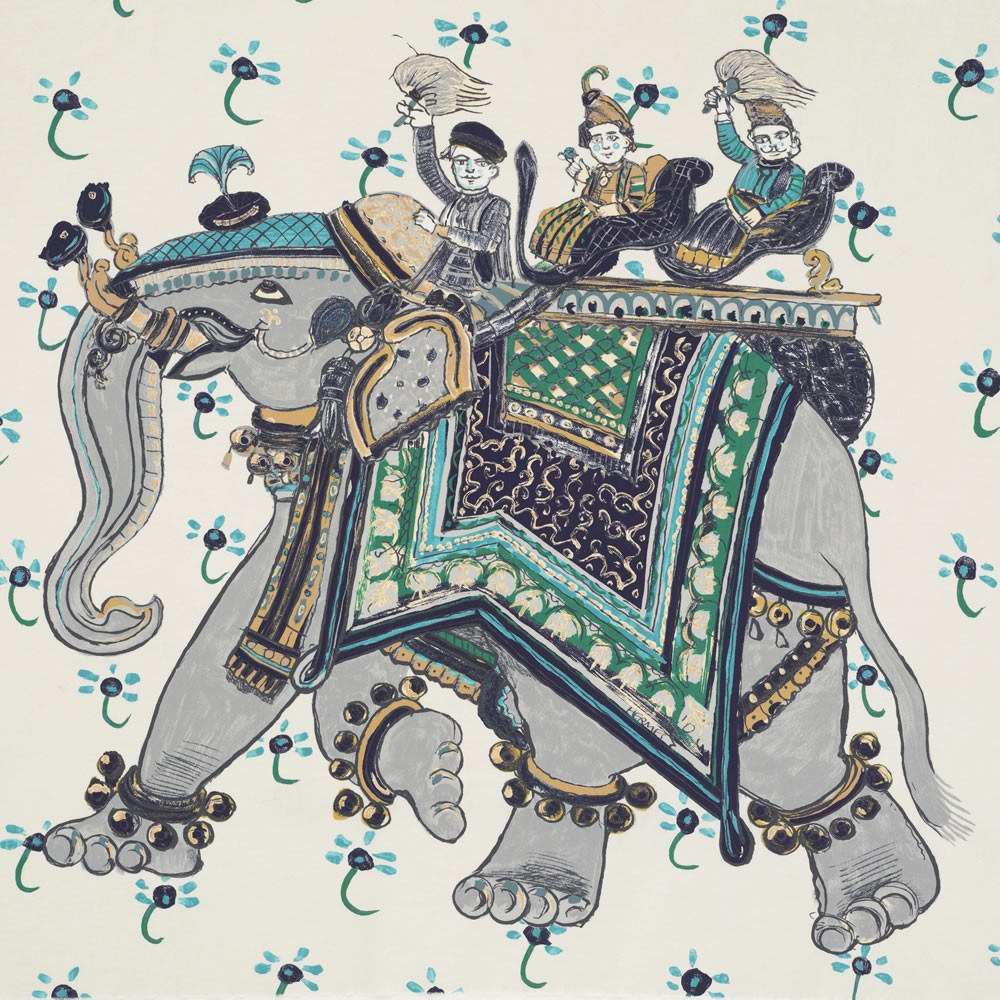 The world of fantasy and travel, very important in the Hermès tradition, presented in a cotton print by Philippe Dumas 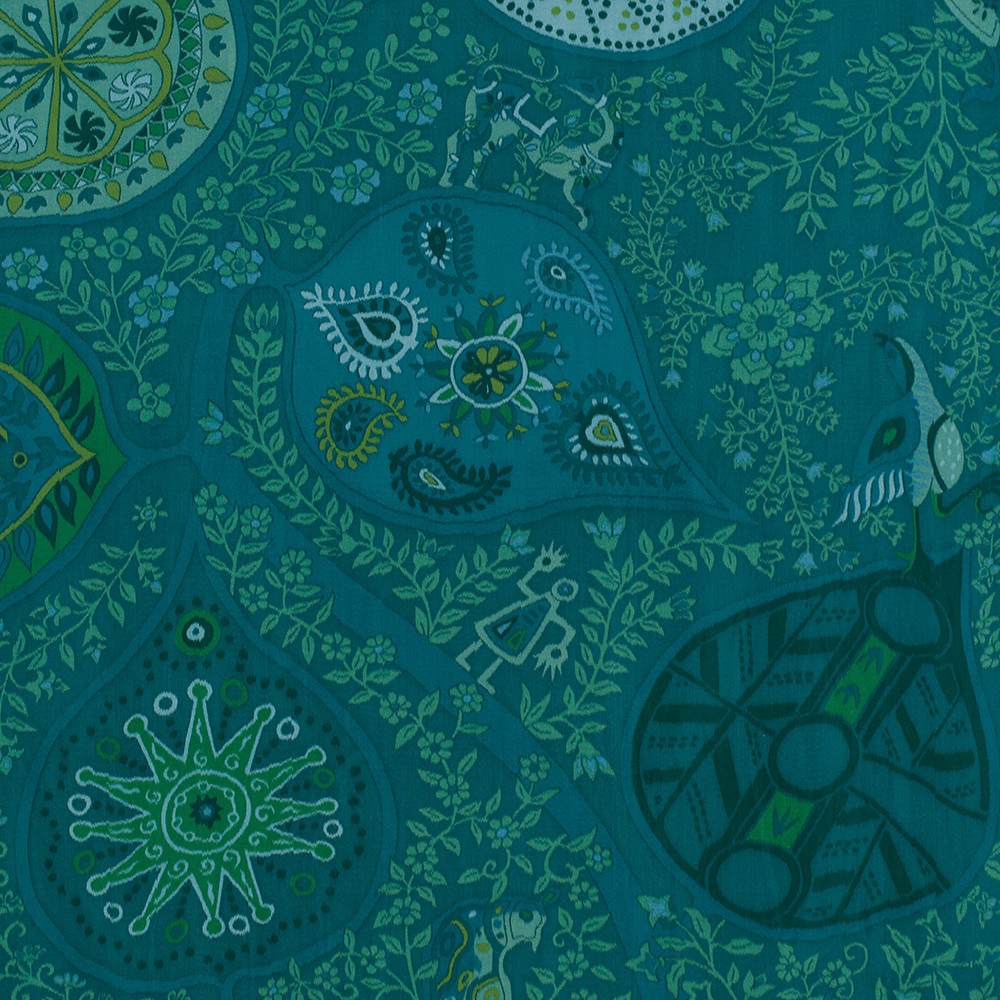 Inspired by the eponymous silk scarf created by Christine Henry in 2010, Arbre de vie is printed using the rare and exacting technique of warp printing before weaving. This exceptional 100% silk version transcends history with a radical change of scale. Emerald green dominates, plunging into a monsoon of lush, exaggerated greenery. 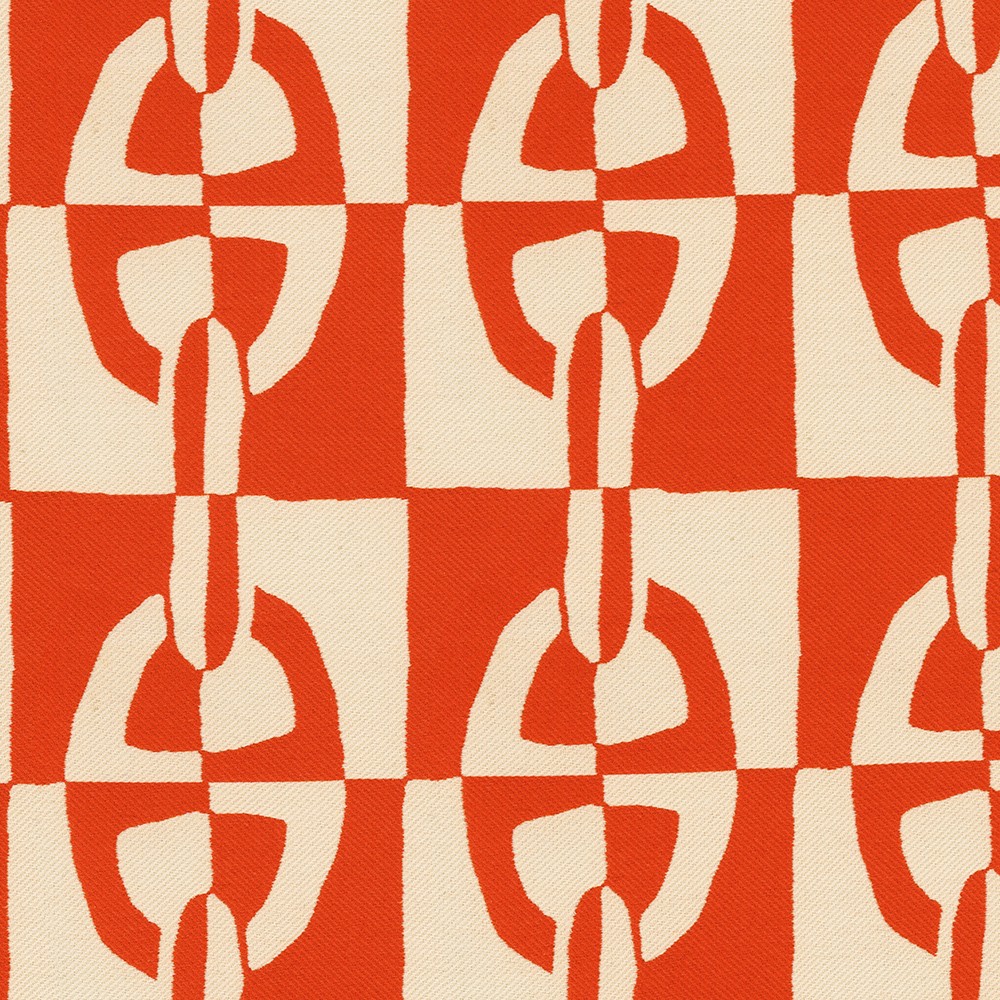 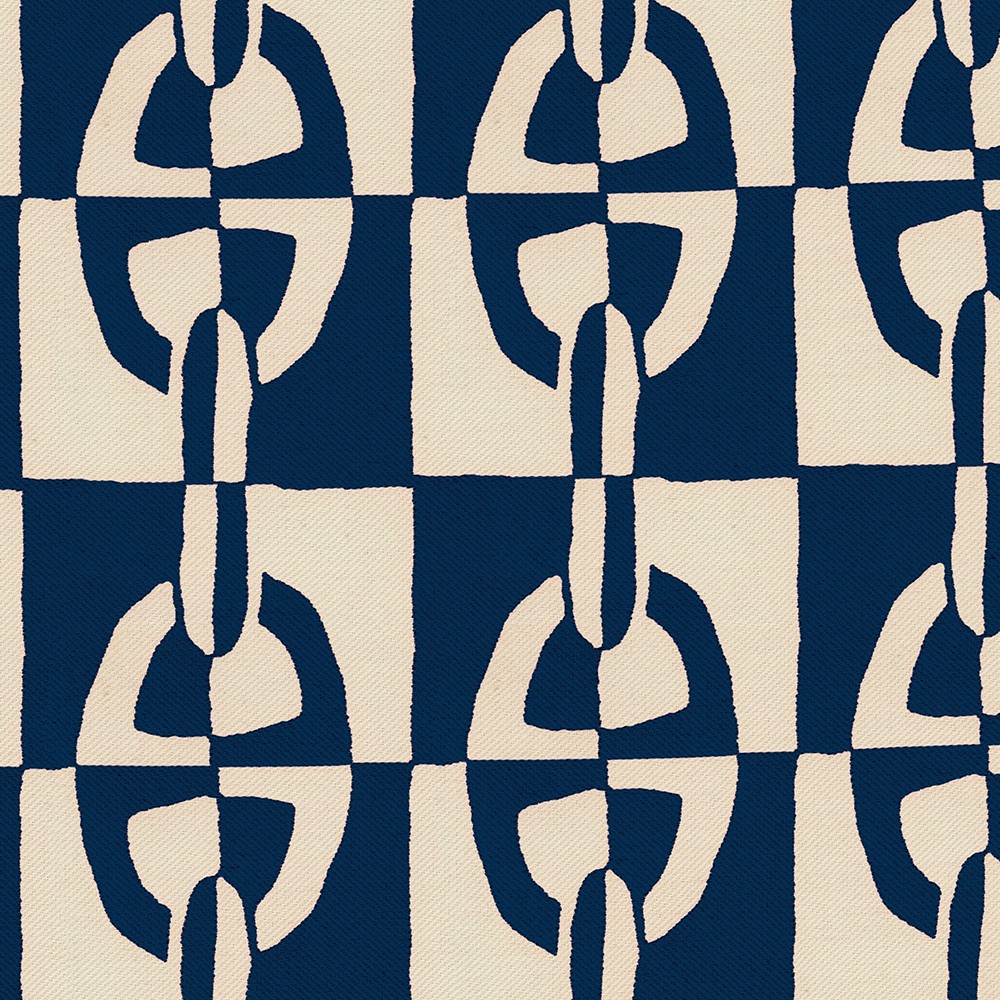 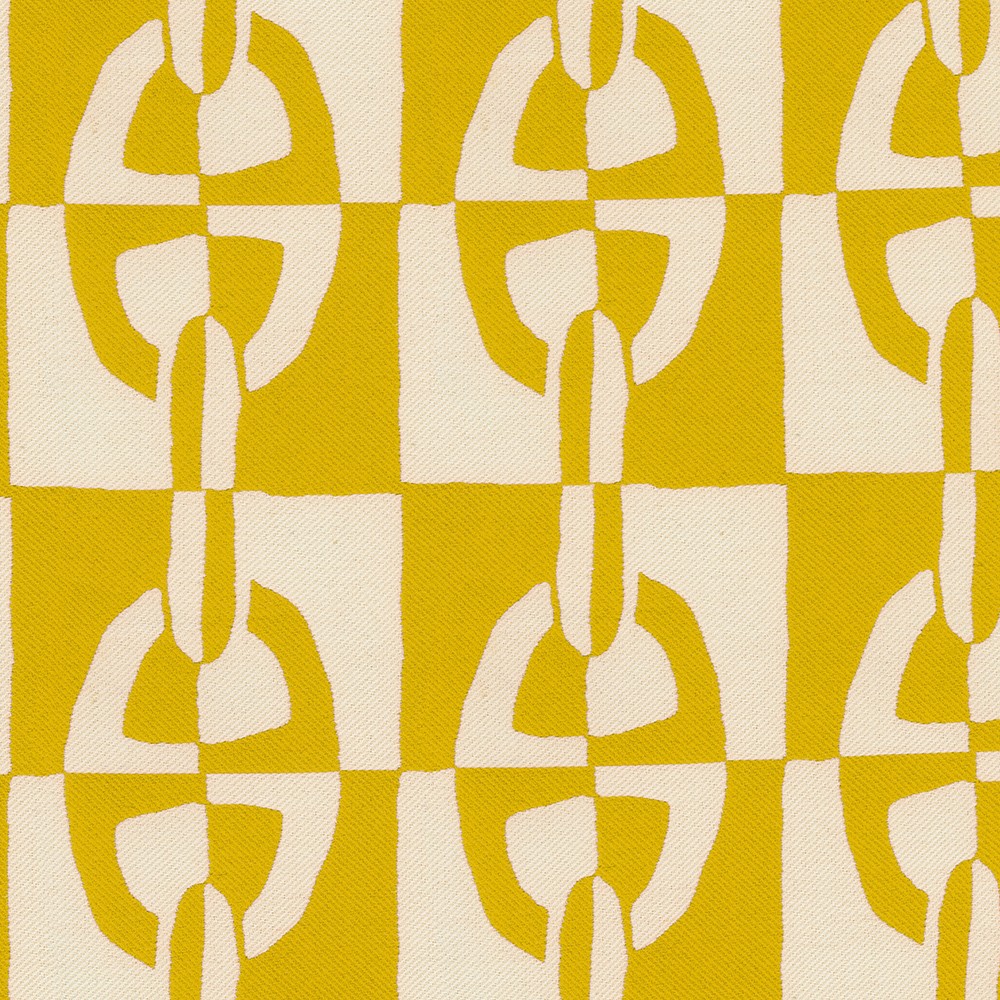 The iconic sailor motif revisited by Anamorphée plays out in a two-tone checked pattern developped in a contempory spirit. Reversible, this fabric with bright or marine colors is matched with Rayures Rocabar material. Water-repellent treated.

HERMÈS: THE HISTORY OF THE ICONIC BRAND IN NUMBERS (VIA MARIE CLAIRE)

1) The famous fashion house was founded in 1837 by German-born French-raised Thierry Hermès.

2) Hermès began as a small harness workshop in Paris, which was dedicated to serving European noblemen, creating luxury harnesses and bridles for horse-drawn carriages. The Hermès logo is a royal carriage and a horse.

3) Thierry Hermès’ son, Charles-Émile Hermès, took over the management of the business and moved the shop in 1880 to 24 rue du Faubourg Saint-Honoré – where its flagship boutique still remains today.

4) Under new leadership and with fresh premises, Hermès introduced saddle manufacturing for the first time and began retail sales.

5) With the help of his sons Adolphe and Émile-Maurice, Charles-Émile grew the business’ global reach catering to Europe’s elite, with customers as far afield as North Africa, Russia, Asia and America, then in 1900 the firm introduced the Haut à Courroies handbag, which was specially designed for riders to carry their saddles with them.

6) Once Charles-Émile retired, the two sons renamed the business Hermès Frères and by 1914 had employed 80 saddle craftsmen due to huge demand, particularly from officials in Russia. The duo began using zips on their leather goods and were the first to introduce the device in France.

7) In the 1920s Émile-Maurice launched the firm’s first accessories collection and in 1922 the brand’s debut leather handbag was produced after his wife complained that she could not find a suitable one to her liking.

8) A decade later, the luxury label launched its Sac à dépêches bag (later renamed the Kelly) and in 1937 introduced its signature headscarves for the first time. The Queen is a firm favourite of the colourful silk designs.

9) In 1949, the same year as the launch of the Hermès silk tie, the first perfume, Eau d’Hermès, was produced.

10) Jean-Louis Dumas (great-great-grandson of Thierry Hermès) took over as the new head of the company in 1951.

11) After a commercial lull in the ‘70s, Dumas then concentrated on silk and leather goods, as well as revamped ready-to-wear, and the company’s fortunes began to turn after he modernised the business.

12) Dumas had nerve and put faith in new designers, hiring the unconventional Martin Margiela as creative director in 1997, and Jean-Paul Gaultier to replace him in 2003. The company was valued at £9.2billion at the time of his death in 2010.

13) Hermès kicked off the craze for naming handbag styles after celebrities. In 1956 a picture of Grace Kelly showed the silver screen icon using her Hermès Sac à dépêches bag to shield herself from a scrum of paparazzi photographers and so the style was renamed the Kelly. Each Kelly bag, like most Hermès designs, takes from 12 up to 18 hours to make.

14) But by far the most famous, and most collected design, is the Birkin, named after British sex kitten Jane. After a chance encounter on a plane with Dumas in the early ‘80s, the actress told him how her Kelly bag wasn’t big enough for everyday use, so they dreamt up a new design together and the Birkin was born.

15) A Hermès Birkin bag will set you back anything from £5,400 to a cool £100,000 in exotic skins such as saltwater crocodile, and its allure is further enhanced since the style isn’t available to buy instantly. Instead, you have to join an elite waiting list that can allegedly last years.

On November 4, 2013 - DIVINE FINDS
“The eye has to travel.”- Diana Vreeland
As I have mentioned in my previous posts about Paris, this trip was a creative pilgrimage for me. For the past few years, I have been juggling my design career, being a working mother, and trying to fuel my passion for arts education through volunteering. This seems to be the eternal struggle of every working mother I know!  Now that my youngest is in school all day (woo-hoo!), I finally have the time to get back into design full time.  While I am very excited about this opportunity, I also knew I needed some serious inspiration to ignite that creative spark. These are just a few of the many many pieces that inspired me on my trip…

If you are interested in any additional information on any of the objects seen here, please do not hesitate to contact us at the design studio.