IN ADMIRATION OF ALBERT: KIP’S BAY

Two months ago, the design world lost one of their most beloved legends, Albert Hadley.  Much has been written about his legacy over the past several weeks and the impact he had on the design community.  He was known most of all for being a gentleman and a scholar. Mr. Hadley had an immense knowledge of design history which he graciously shared with all of his clients and colleagues. Despite being a classicist, he was also a bold risk taker and not afraid to mix modern and innovative materials and designs. This brave and original creativity elevated him to saint like status and will forever be known for his unprecedented contribution to 20th century design.

The most delightful attributes of Mr. Hadley were his sincere modesty, kindness and generosity. He was constantly encouraging young designers, sharing his wisdom with them and making sure they were being recognized for their talent and participation in his client’s projects. Many celebrated designers began their careers with Mr. Hadley such as Bunny Williams, Thomas Jayne, Mariette Himes Gomez, David Easton, David Klienburg, and Brian McCarthy. He was known for telling them, “Kiddo, give them what they never knew they wanted.”
This past week, I had the privilege of seeing the Kip’s Bay Show House where Mr. Hadley’s proteges, Bunny Williams,  David Kleinberg and Brian J. McCarthy dedicated their room to “ALBERT HADLEY: Our mentor, our teacher, and our dear friend.” Below you can see some of his most famous rooms and quotes. Next you can see how these brilliant designers created a room in his honor. 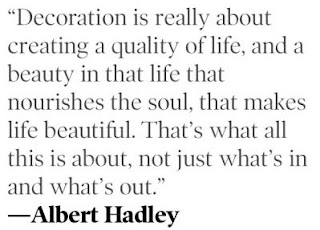 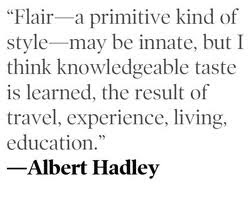 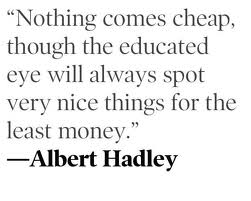 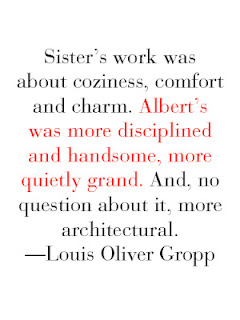 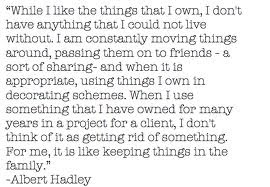 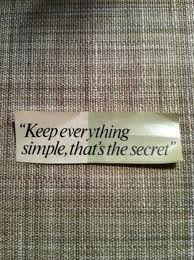 Architectural Digest sponsored the kick off party for Blogfest 2012 at the Kip’s Bay Show House.The  Great Room was designed by Bunny Williams, David Kleinburg and Brian McCarthy in honor of Mr. Hadley.  Their blend of modern art, clean lines and a few red touches with have made their mentor very proud. The Corbusier tapestry from Jane Khan Gallery was the focal point for the room. The other artwork was from Gerald Bland. You can see one of Mr. Haley’s trademark zebra hooked rugs in the foreground of the image. The rug along with the kuba cloth and vintage ikat pillows belonged to Bunny Williams to add an ethnic vibe to the space.

Please note that the images of the show house are from  Heather Clawson of Habitually Chic.  You can see her blog on the space by clicking on the link above. 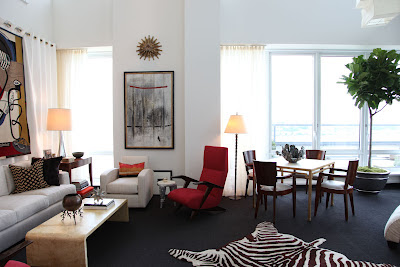 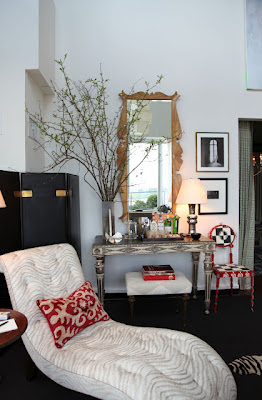 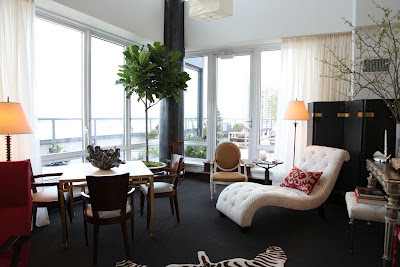 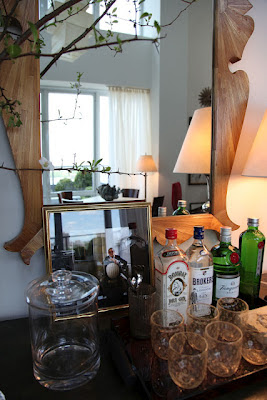 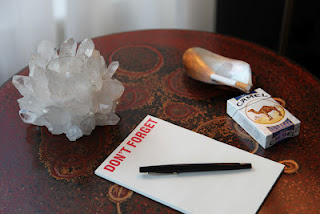 The two images above show a few of Mr. Hadley’s favorite things. He apparently lived on gin and cigarettes and could care less about fine wine and food according to his old client, Siri Mortimer mentioned in Veranda’s tribute to Mr. Hadley. His “DON”T FORGET” pads where always on his desk.  All party guests received an identical pad in our bag of swag as we left the party. 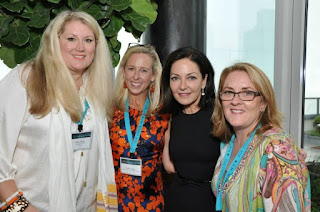 Another highlight was meeting Margaret Russell from Architectural Digest. She was kind enough to let a few Charlotte designers take our picture with her.  Here, Holly Hollingsworth Phillips of The English Room, Beth Keim of Lucy and Company and myself learn a few tips on how to pose for a picture. You can also check out their blogs to read about our NYC adventures this past week. 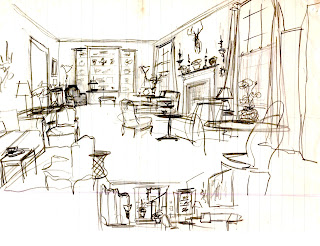 When I arrived back in Charlotte, I had a lovely surprise waiting on my my front stoop.  The interior drawings I had purchased from the Albert Hadley sale on One King’s Lane had arrived! I am thrilled to have these historic mementos from such an amazing man. Happy Memorial Day to ALL! 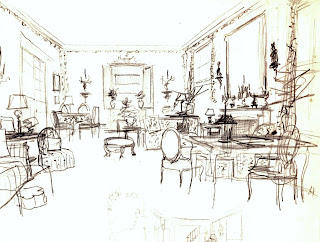 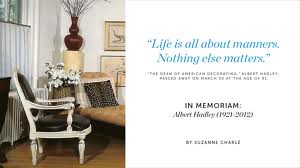