“Modern is based on principles. Contemporary is that which is currently stylish. I think this expresses most exactly the new mood that I feel is peculiarly appropriate for today. There is a frank richness that I believe we all secretly want and (within the limits of good taste) should legitimately expect.” – Milo Baughman 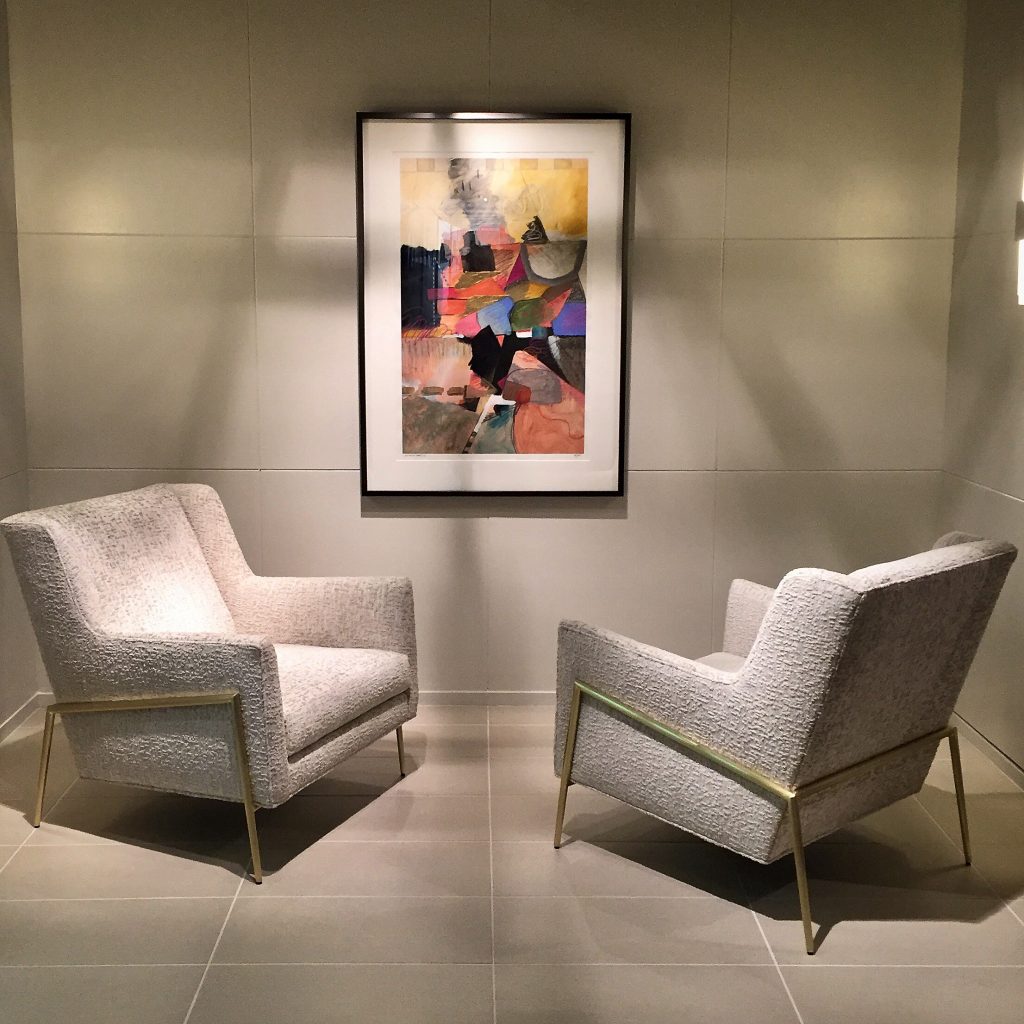 I was delighted to participate in my first High Point Market Design Bloggers Tour this fall. In addition to getting in depth tours at a variety of showrooms, it was also wonderful to experience market through the lens of so many talented design friends. As usual, I returned home with no voice and blistered feet, but full of new sources for clients and inspiration for future projects.  One of the many highlights was a visit to the iconic Thayer Coggin showroom.  After back to back meetings, it can be a challenge to keep the attention of a group of designers…As soon as we entered the doors, we knew we were in for a special treat.

Located on the outskirts of High Point, the showroom, offices and factory are a lovely reminder of how the furniture industry used to operate. Once seeing the first authentic modern pieces of furniture that created an entire movement, it is hard to look at all of the knock offs in the same light. All offices are furnished with vintage pieces created over 60 years ago. The showroom reveals the evolution of the modern designs from the first prototypes which were considered revolutionary when first introduced in the 1950s. Today, they are still as timeless and they are sophisticated.  Enjoy this behind the scenes tour of the space and be sure to visit on your next trip to High Point Market… 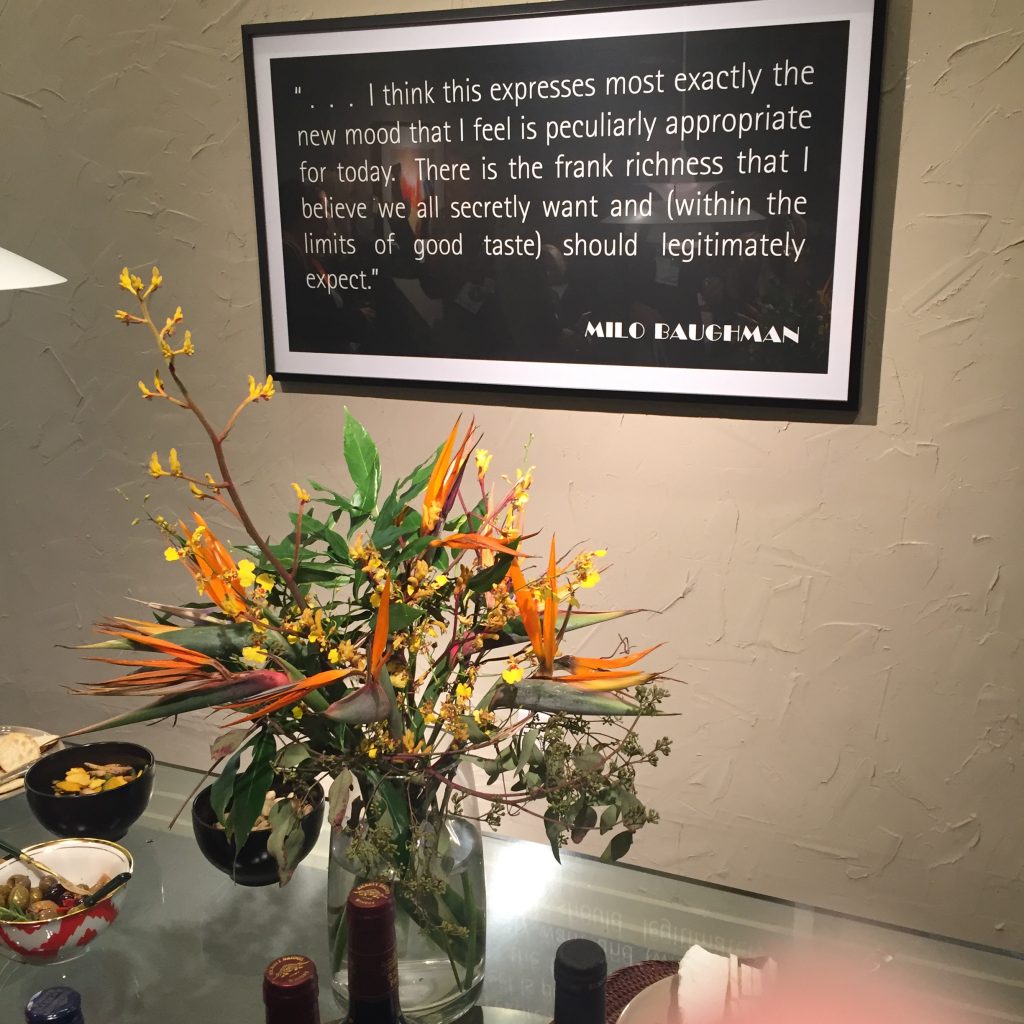 The year was 1953. A meeting took place between two gentlemen that is now recognized as marking an important inflection point in the history of the American furniture industry. The unique and creative design genius of one, combined with the inventive engineering and manufacturing expertise of the other, manifested into the formation of Thayer Coggin, Inc.

Thayer Coggin was born in 1922 and raised in Denton, North Carolina. In 1934 during the midst of the depression, his father moved the family 25 miles north to High Point, NC, seeking better opportunities for his lumber business.

Thayer’s love of furniture began on an early Christmas, when all he asked for was for a claw hammer. After receiving it, Thayer proceeded to make his own bedroom suite. A few years later while in shop class at High Point High School, he made rocking chairs and cedar chests for tuition money to attend High Point College (now High Point University). By the end of his freshman year, Thayer felt compelled to join the U.S. Army and served four years primarily as a medic in North Africa.

Returning home after the war, he was torn between going back to college or starting a furniture company. He chose his first love and founded James Manufacturing, producing sleeper sofas and rocking chairs. Sears Roebuck and Company became his biggest customer. The decision to manufacture these basic products was a pragmatic one, but Thayer felt the designs were mundane. He dreamed of producing designs that were innovative, and in a search for inspiration, he went to Europe in the early 1950s. It was there that he first saw light-scaled, European upholstery. He commented, “The simple clean lines appealed to my sense of beauty… (their impression) hit me like a ton of bricks.”

Thayer became a contemporary furniture convert. At that point, he developed a singular focus: He strove to develop furniture featuring sleek, horizontal lines, synonymous with the ranch style homes that characterized post-war suburbia. He just needed to find the right creative designer. 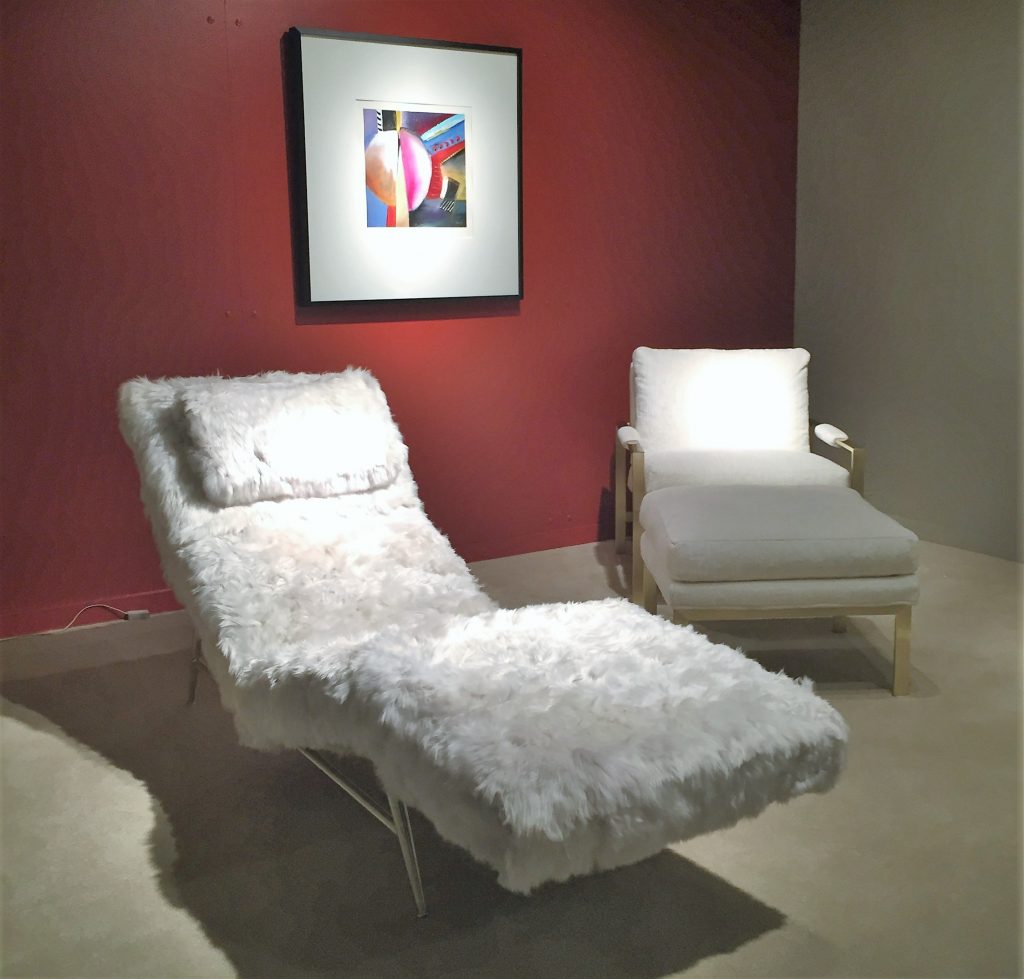 MILO BAUGHMAN (pronounced Boffman) was born in 1923 on a farm in western Kansas. A year later his father moved the family to Long Beach, California. As a young man, Milo demonstrated a high-spirited creative flair, especially for the visual arts. When he was thirteen years old, his parents decided to build a house. Milo’s parents challenged him to develop an architectural plan for both the exterior and interior. His diligence resulted in the construction of the house his parents lived in for 34 years. 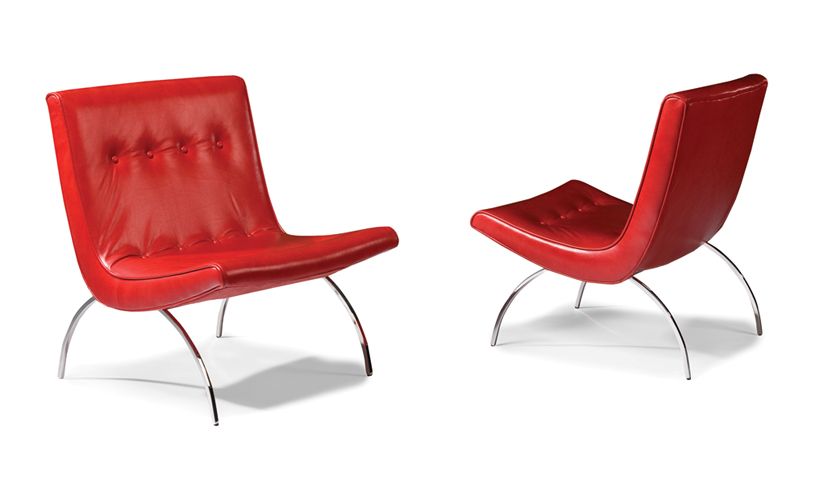 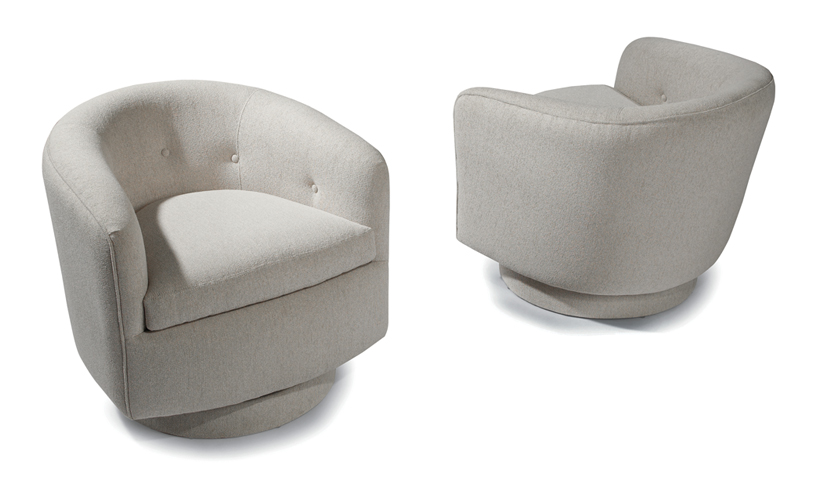 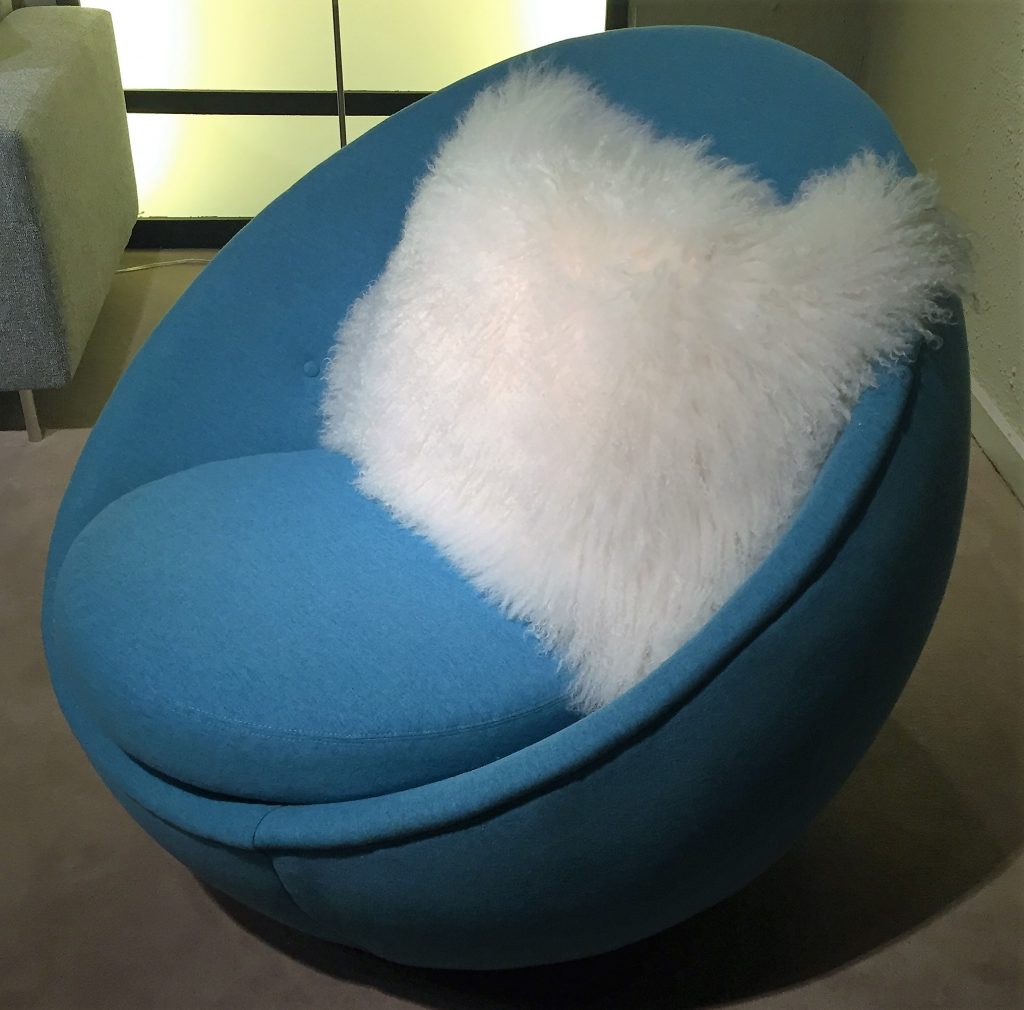 Upon graduation from Long Beach High School in 1941, Milo enlisted in the Army Air Forces, where he was periodically commissioned to design officer’s clubs. He served until 1945, leaving after the end of WWII. After the war, he entered what became to be known as the California Institute of the Arts, majoring in Product and Architectural Design. 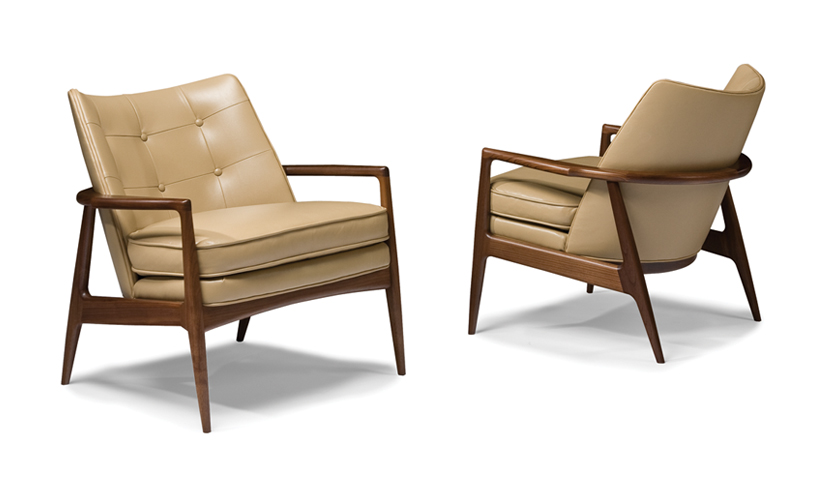 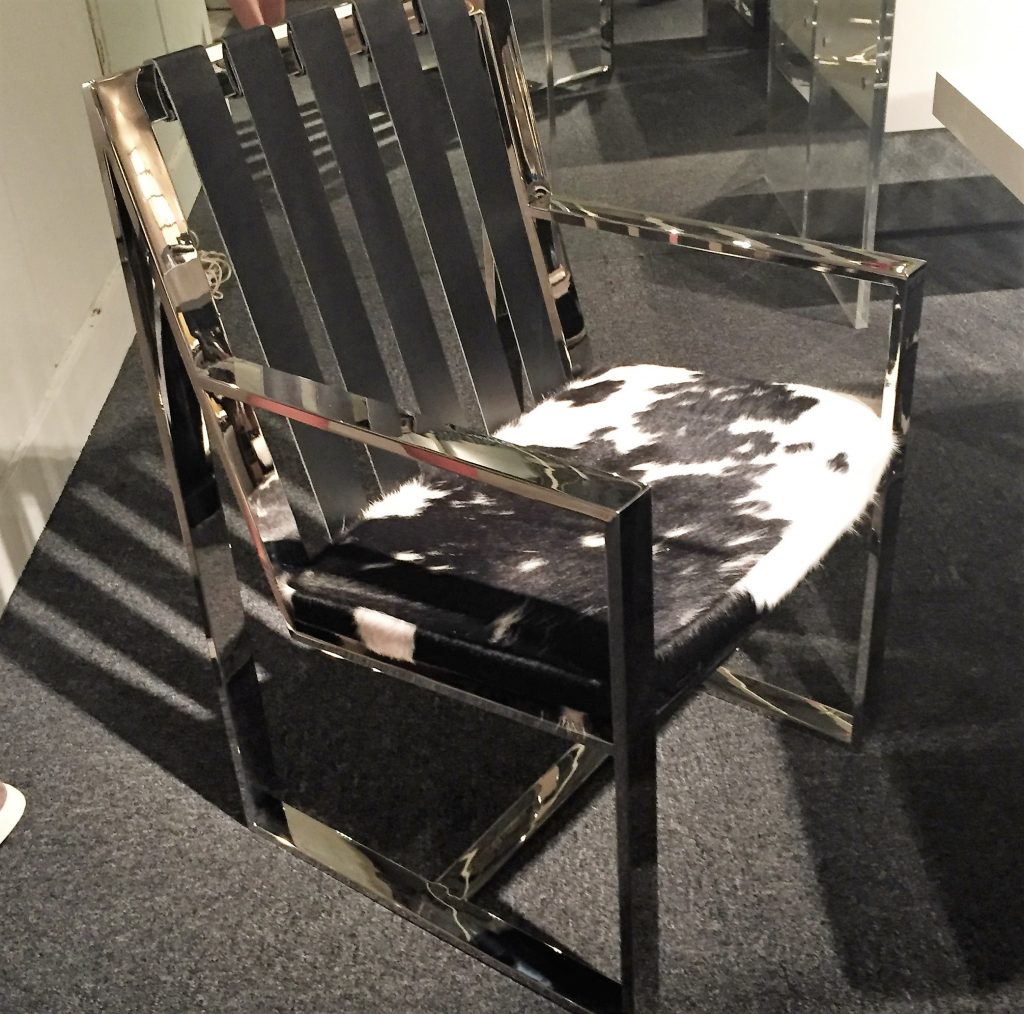 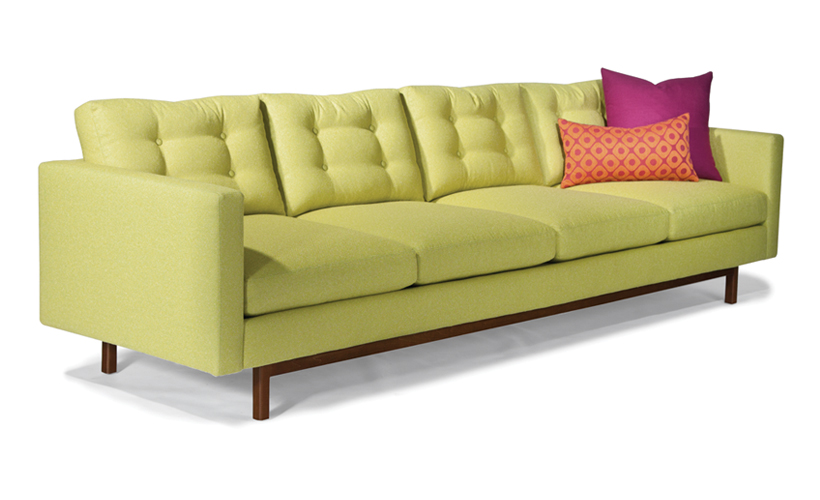 He began his professional career at Frank Brothers, an all modern specialty furniture store and soon co-founded “Furniture Forum,” an important publication on modern design. In 1947, he established Milo Baughman Design Inc. Utilizing mainly walnut, iron and Formica, he created designs for Glenn of California and Pacific Iron, both of which became identified with the burgeoning “California Modern” furniture style. 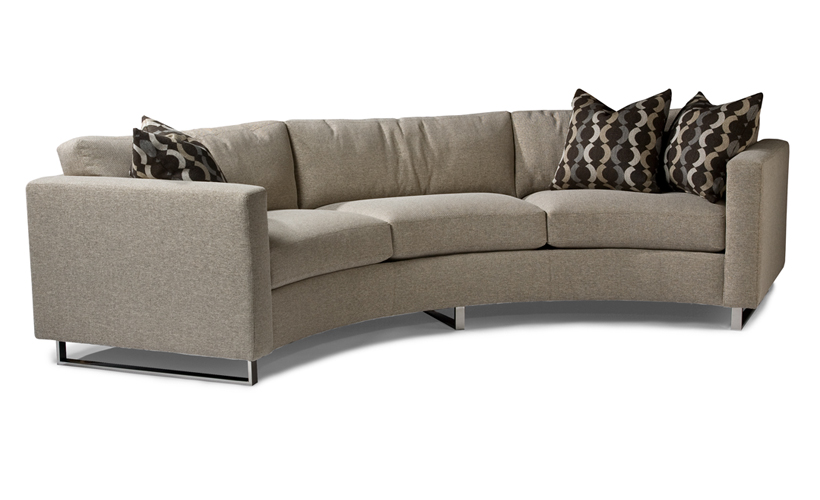 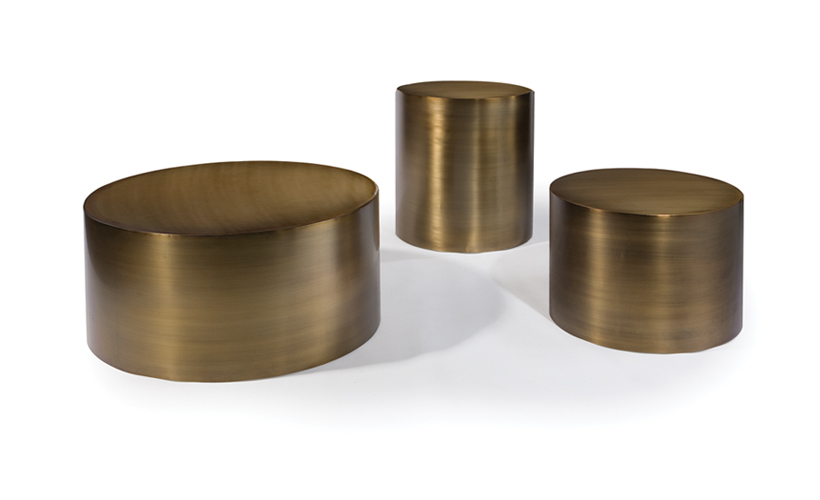 In 1951, he designed a major line for Drexel of North Carolina and Winchendon Furniture of Massachusetts, bringing him to the east coast. Having received acclaim by The New York Times for innovative designs that were “elegant and fresh” and “strong and greatly sophisticated,” Milo travelled to High Point, NC, the national center for furniture manufacturing, in an attempt to attract interest in his modern, upholstery designs. All the major companies turned him down. His last meeting was with Thayer Coggin. Milo later remarked, “For about an hour, I showed him my designs. Thayer suddenly stood up and said, ‘This isn’t like anything I have ever seen before, but I like it. Let’s do it.'” 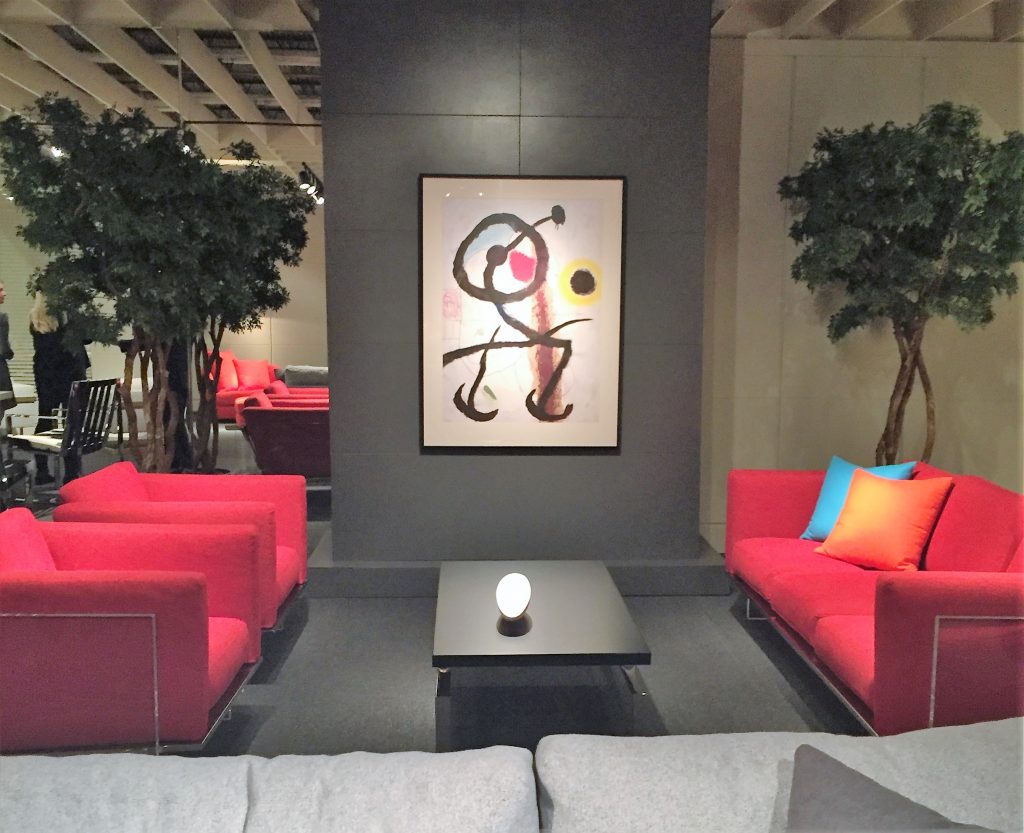 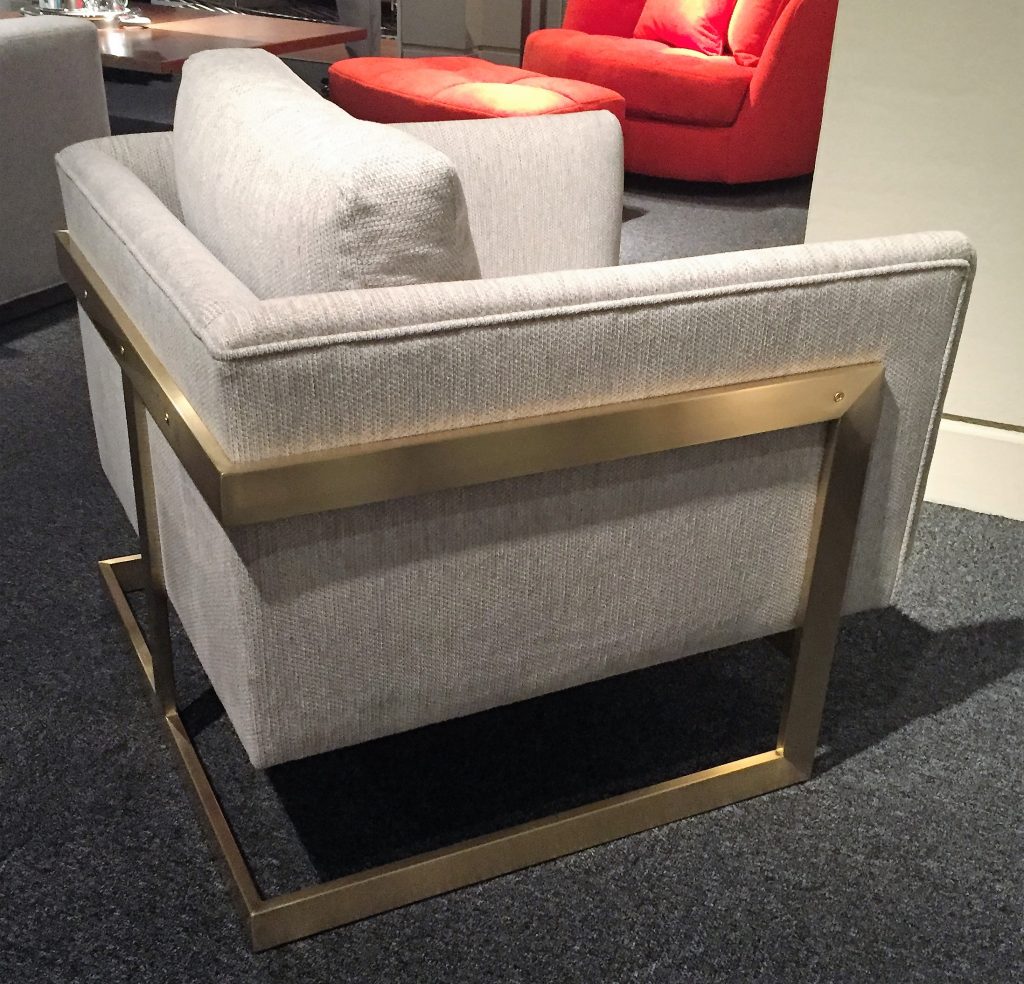 BEHIND THE SCENES IN THE FACTORY 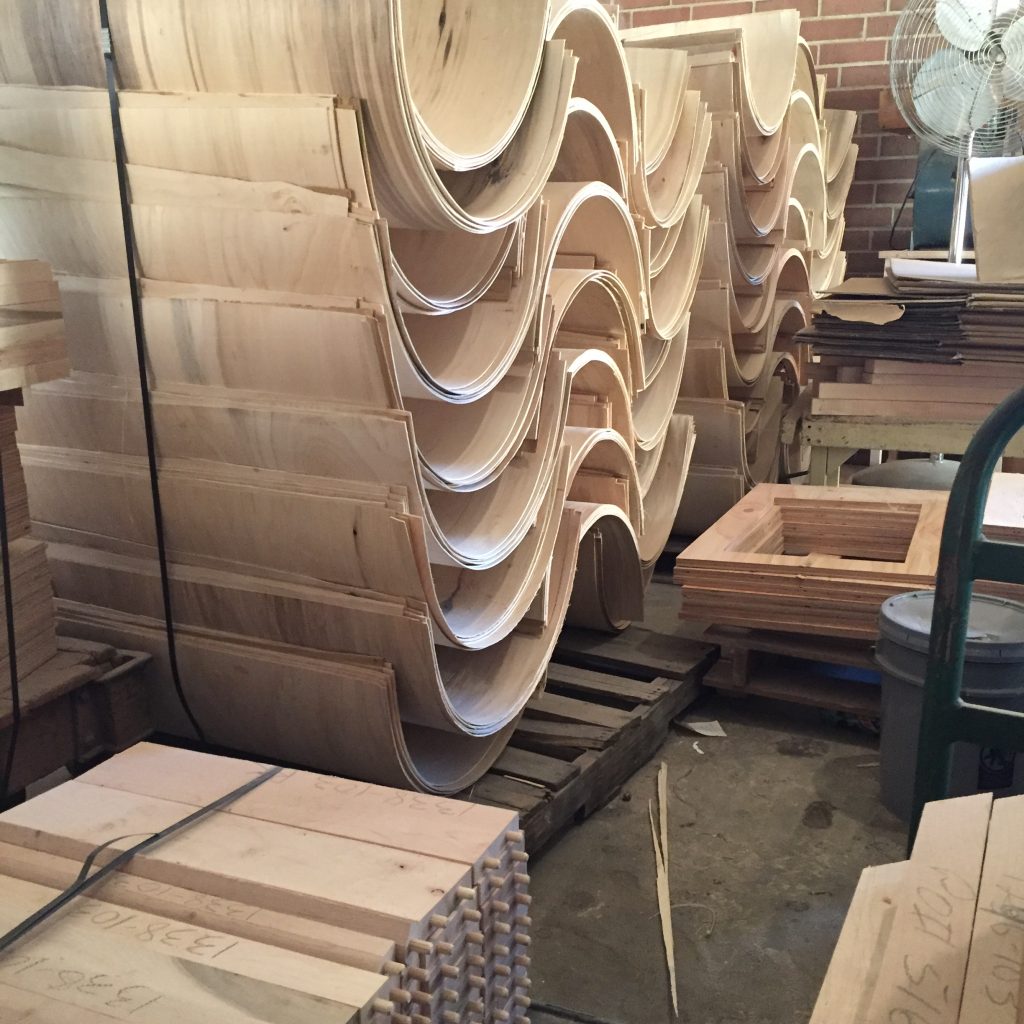 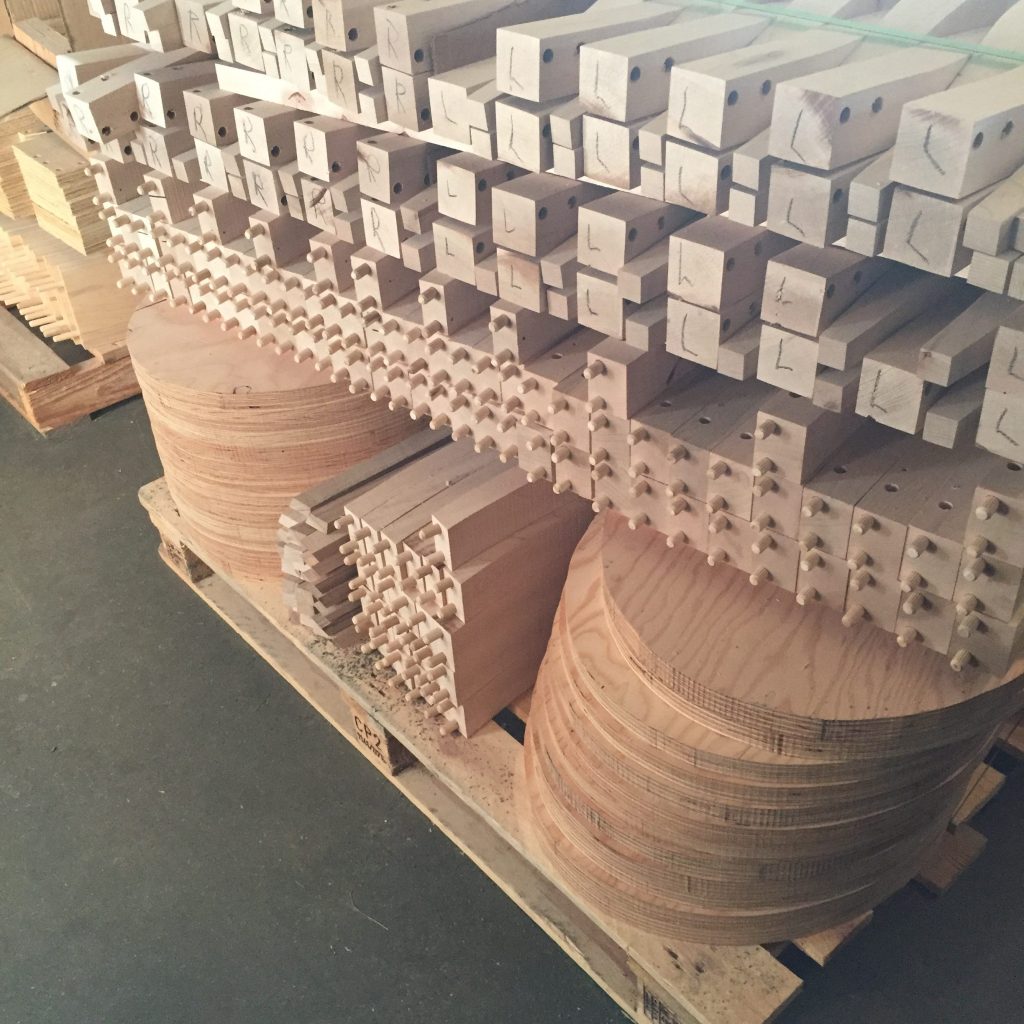 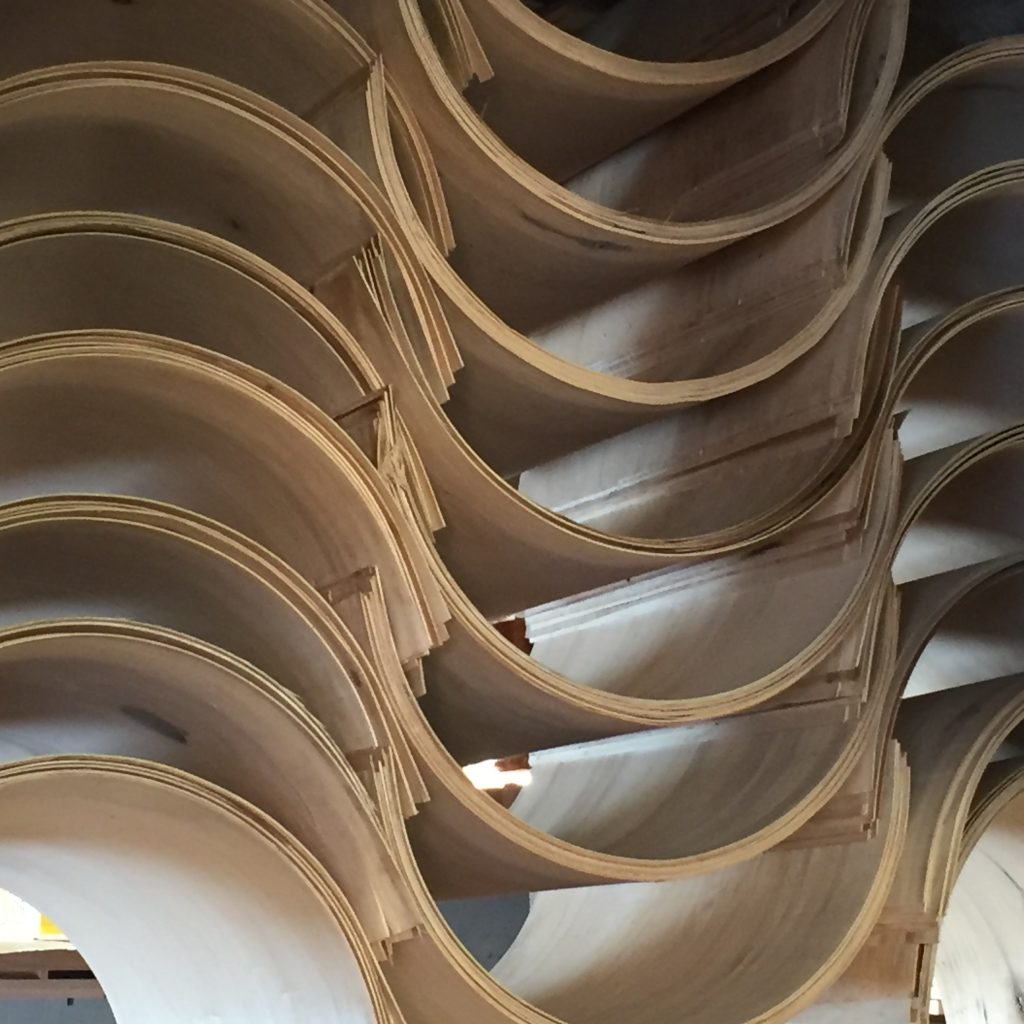 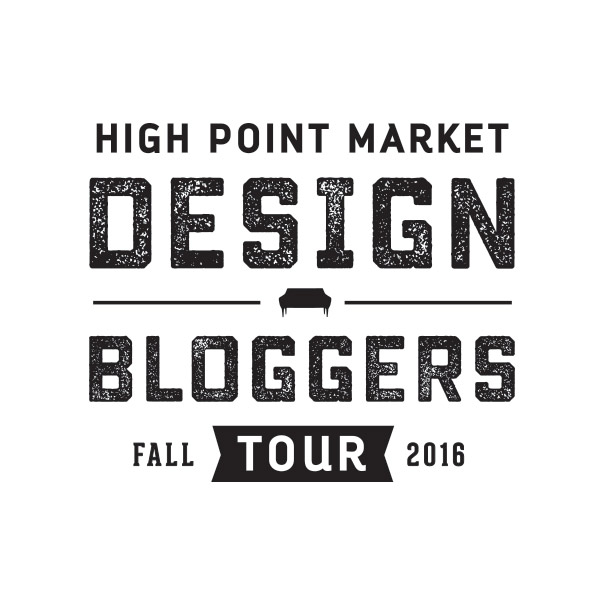