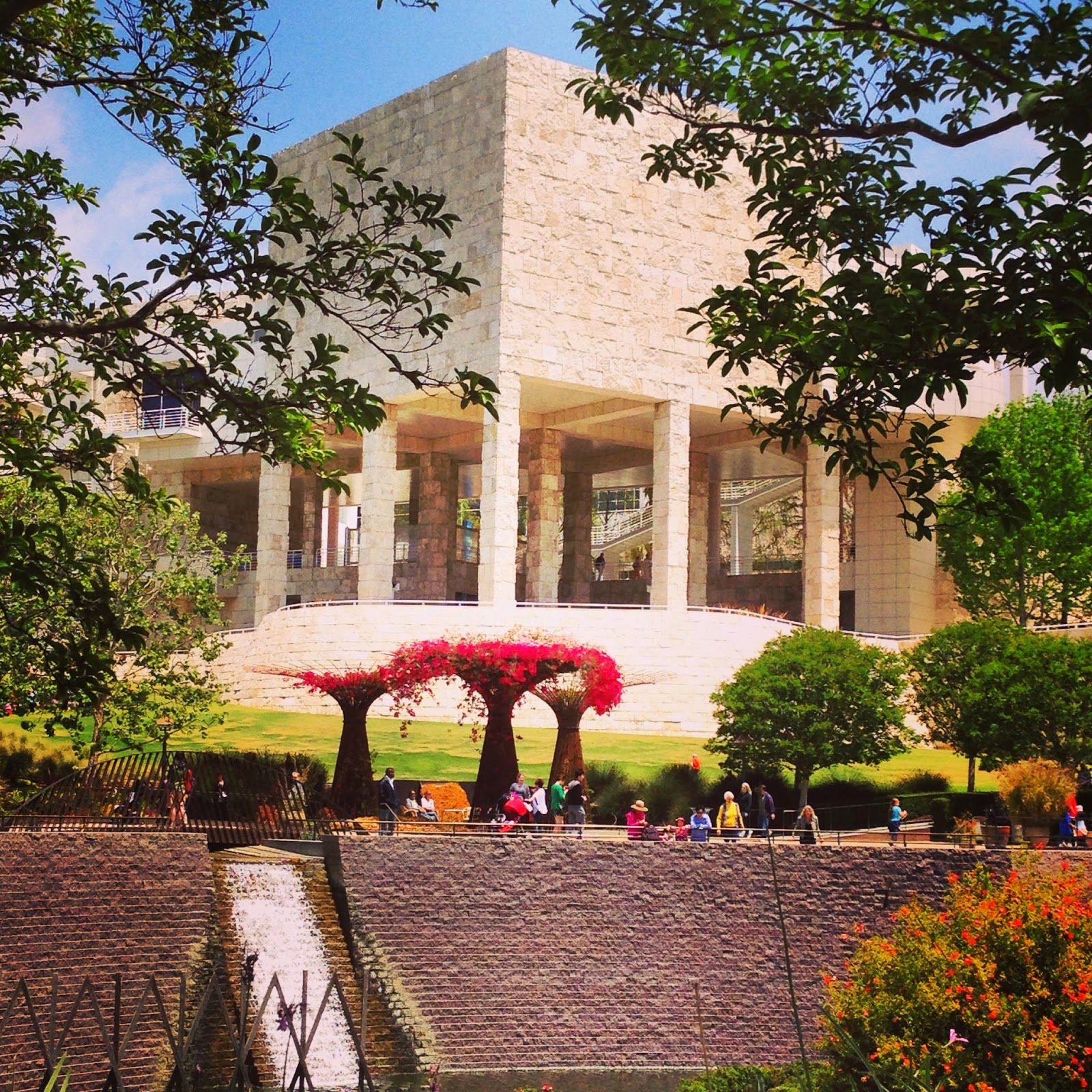 A trip to Los Angeles is not complete without a visit to The Getty Center which is truly heaven on earth. It is rare when a highly anticipated experience actually exceeds one’s expectations and the museum did just that!

J. Paul Getty viewed art as a civilizing influence in society and strongly believed in making art available to the public for its education and enjoyment. He established his own museum to provide public access to his personal collection out of a small ranch house in Malibu in 1954. At that time, the collection was comprised of Greek and Roman Antiquities, 18th century French furniture, and European paintings. Mr. Getty passed away in 1976 and this personal estate passed to the Trust in 1982.

His lifetime of philanthropy enabled the construction of the Getty Villa in Pacific Palisades and the Getty Center seen here. The Getty Center incorporates the modern design of Richard Meier with stunning gardens and sweeping views of Los Angeles. The hilltop setting is comprised of 110 acres and contains 1.2 million square feet of Italian travertine. Meier chose this material because it represents the qualities the Getty celebrates: permanence, solidity, simplicity, warmth and craftsmanship. The curved lines of the architecture contrast with the natural grid the travertine blocks create.

The above painting by Jackson Pollack will be getting an entire blog post due to its fascinating history.  It has been undergoing a meticulous restoration at the Getty and this is the first time its has been seen by the public. It is considered one of the most iconic works of the 20th century.

It is hard to believe Van Gogh painted this masterpiece when he was recuperating from a severe attack of mental illness. Its theme of the healing powers of the earth expresses the artist’s deeply personal belief about the divinity of art and nature.

This work by Degas was revolutionary at the time for his new methods in working with pastels. He combined gouache with pastel and experimented with stumping and moistening the pastels to achieve textures and unusual effects.

This Dutch painting celebrates May Day where children were sent out into the country to gather flowers. The artist set the painting in ancient Rome to emphasize the festival’s antique origins.
This self portrait of Rembrandt laughing is one of the more recent Getty acquisitions. This rare work painted on copper was purchased for $25,100,000 and is only 8 3/4 inches high  by 6 5/8 inches wide.  The work was painted at the beginning of his career. His depiction of laughter is both highly personal and universally human.

A detail from this Dutch still life shows the realism of the Dutch old masters combined with the bright colors of the Rococo style of the 1700s. The artist would not let anyone visit his studio for fear they would learn his technical secrets and copy his work. 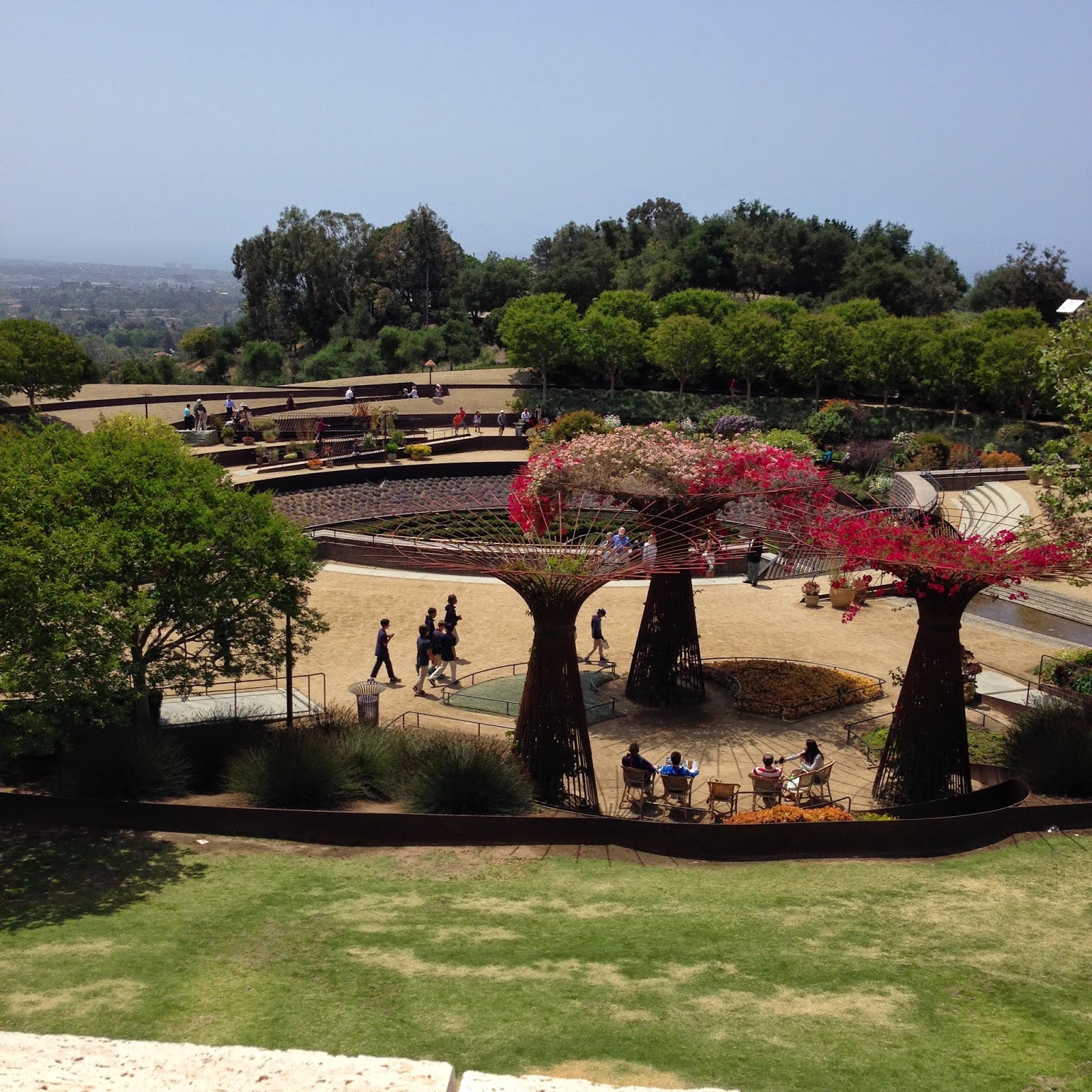 The central garden was created by Robert Irwin and is a revolving work of art.There are more than 500 varieties of plant material used in the landscaping. 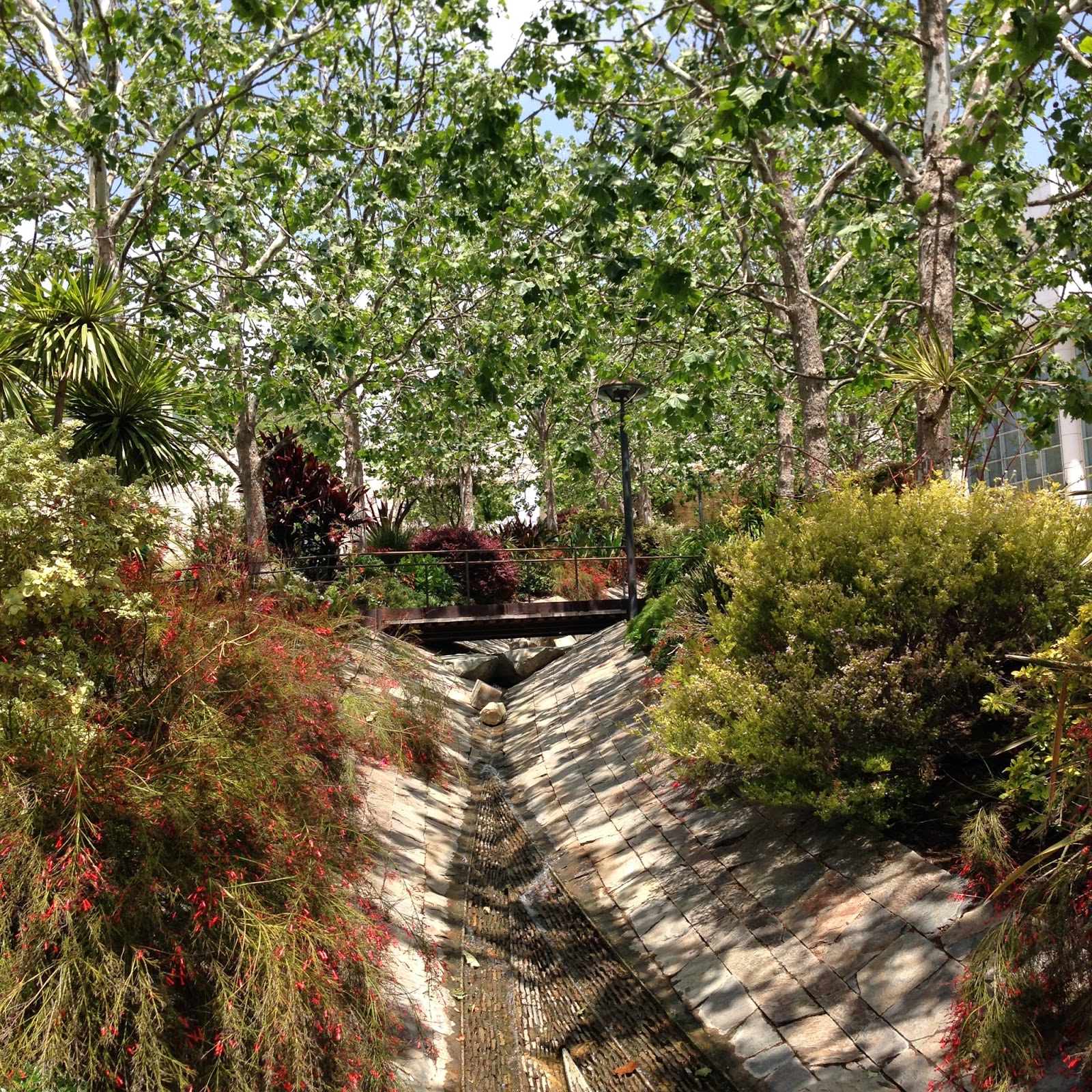 All materials were selected to accentuate the play of light, color and reflection. Irwin’s statement, “Always changing, never twice the same” is carved into the plaza floor. 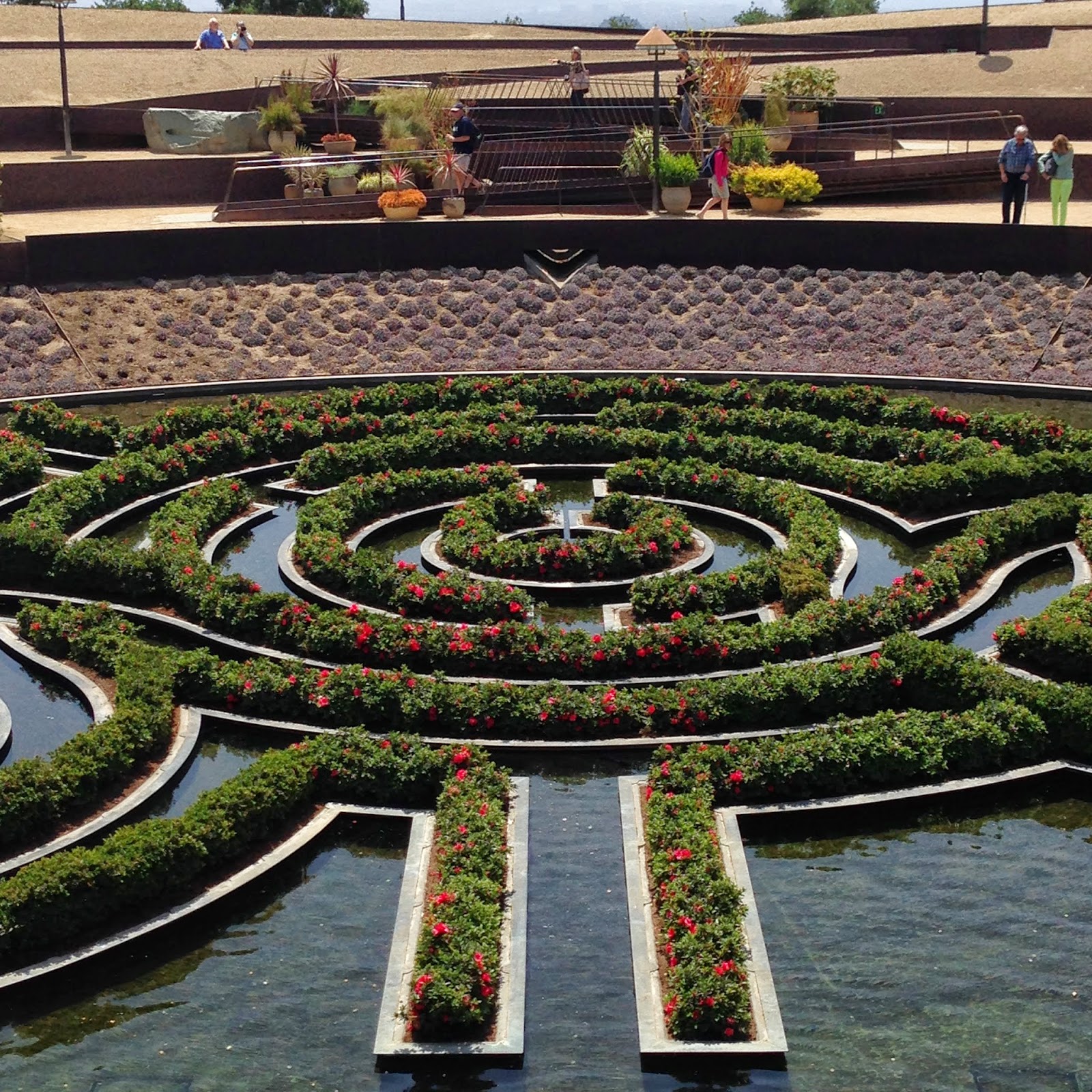 It took Irwin five years to plan the garden before the Getty opened in 1997. The floating garden is a living sculpture and changes seasonally. 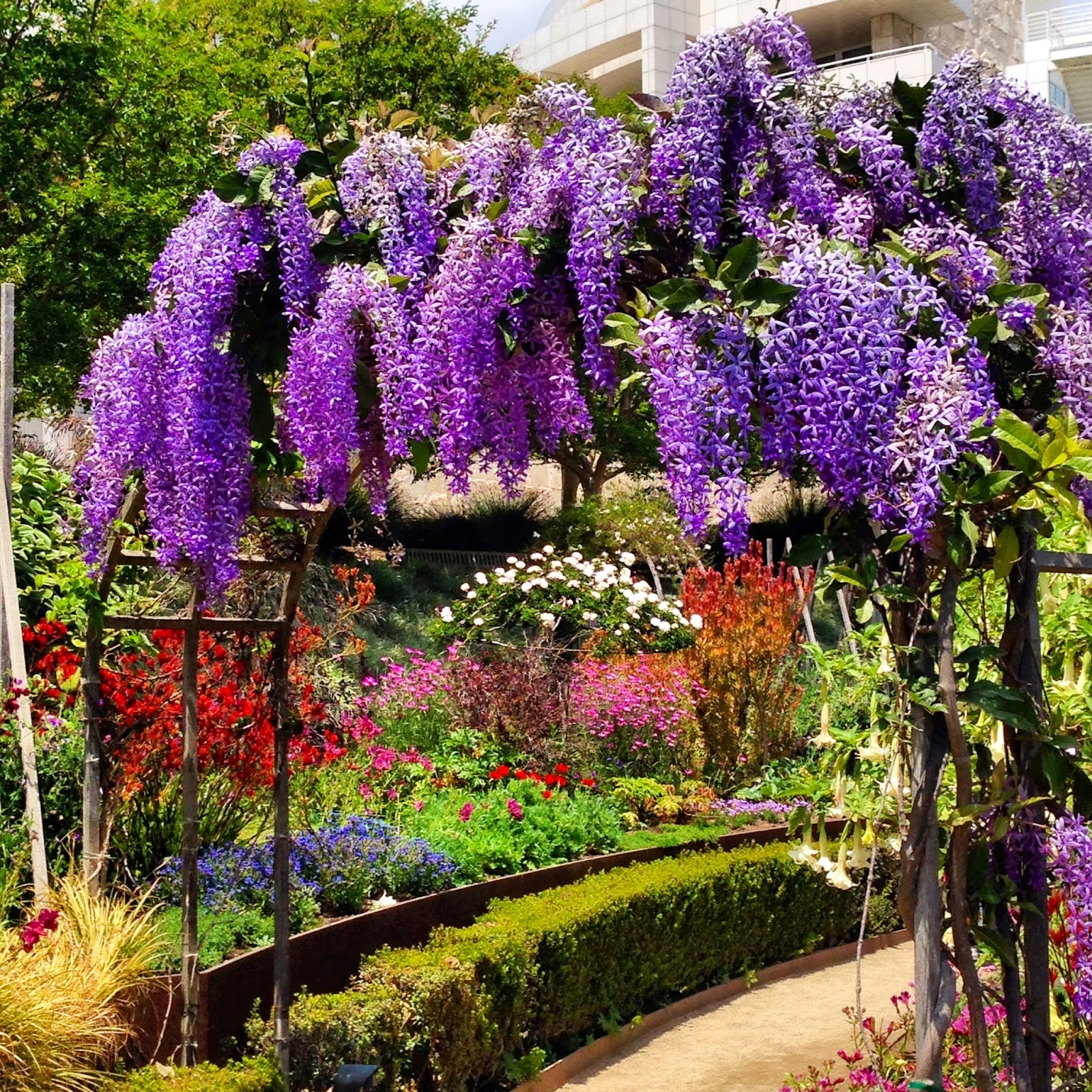 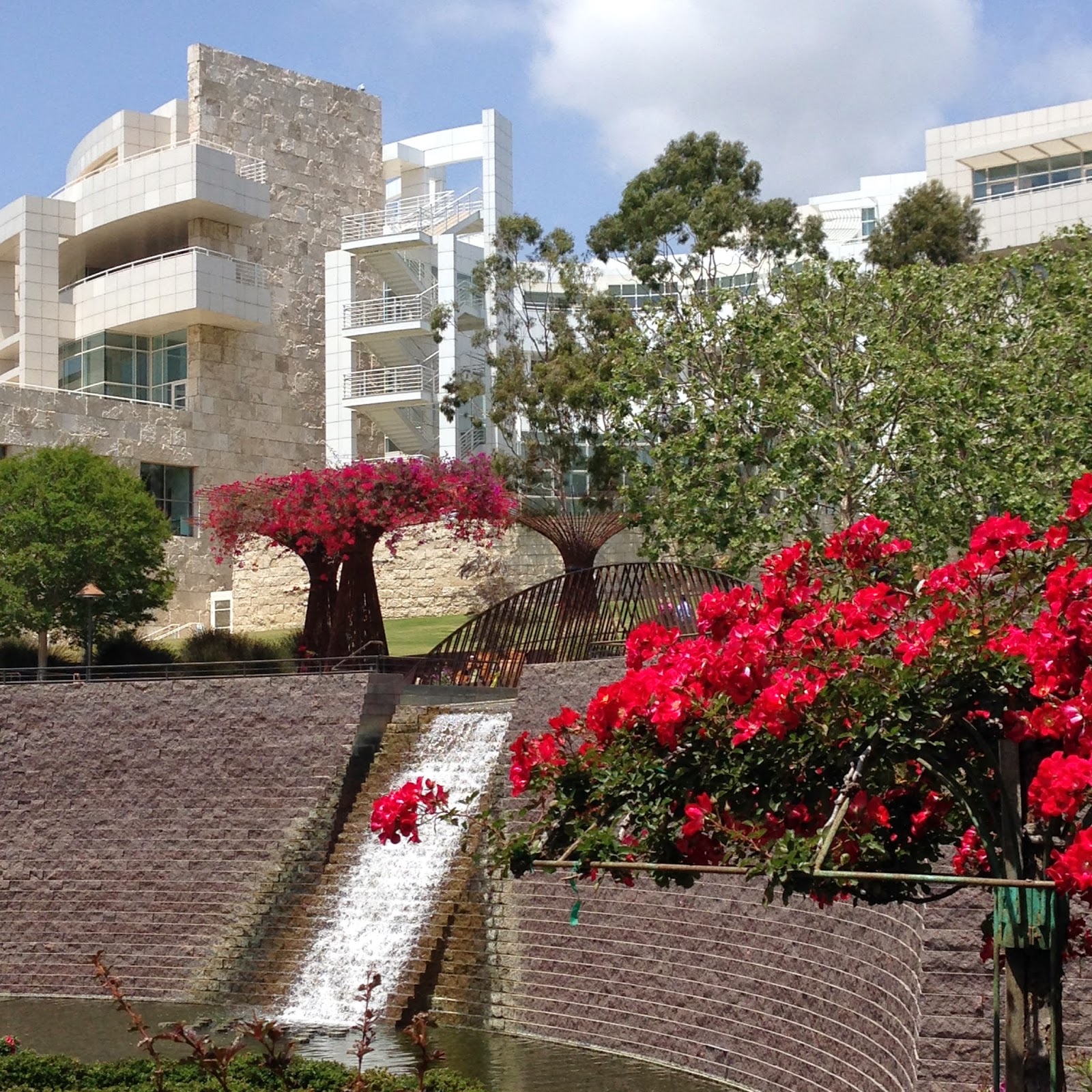 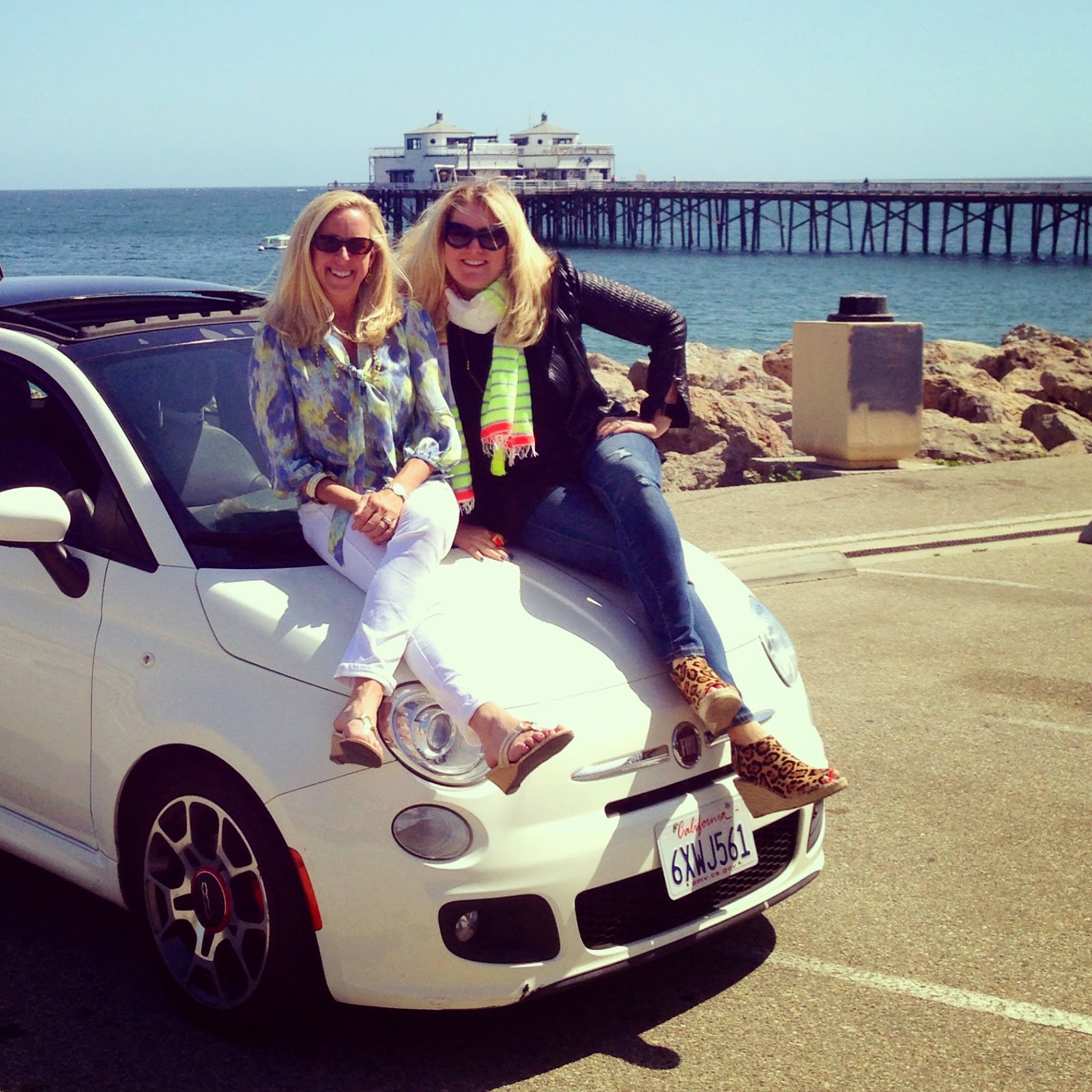 After our delightful morning at The Getty, we hopped in our adorable Fiat and headed for the coast. A very special thanks to Holly Phillips  for navigating our way around Los Angeles without getting us killed! 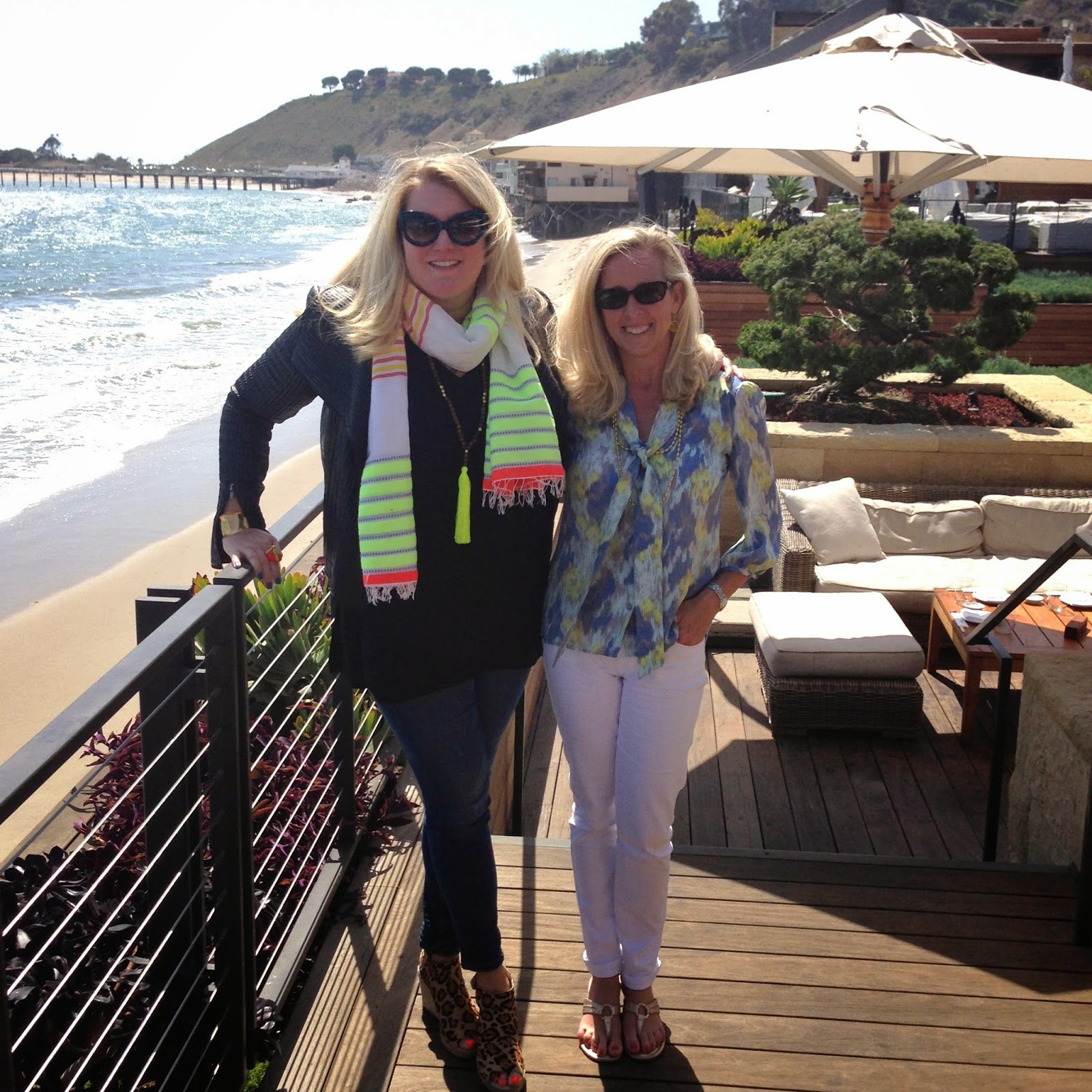 After our fabulous day at the Getty and jaunt to Malibu, we convened with the rest of our Design Trust group to take in more sites. The camaraderie of the group is unlike any professional group I have experienced.  Every designer is so willing to share their experiences (both good and bad) to enable everyone else to run a successful design practice and fuel their creative energy. Our official program began with a picnic overlooking the LA skyline from high atop Elysian Park.

Another delightful ending to a perfect day was a visit to the Griffith Observatory, the spectacular landmark high above Los Angeles offering unparalleled views of the city.