My sophomore year in college, I took “History of Photography” that began my love of art history. My alma after, Washington and Lee , was located in Lexington, Va which was the home of the iconic photographer Sally Mann and legendary abstract expressionist Cy Twombly. Despite the fact I was studying these great talents in class, I did not fully comprehend their brilliance as artists until decades later. Cy Twombly received his doctorate of letters with my graduating class which to this day still completely bows my mind! To be perfectly honest, I never quite understood the medium of photography as an art form until I took this class. Through the lens of an eccentric professor, I came to love photogrpahy and comprehend the nuances and difficulty involved with the medium. Capturing a moment in time artistically is truly a gift. 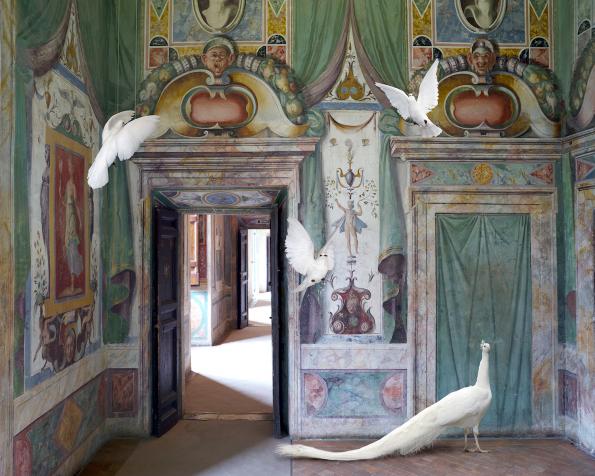 I was introduced to the works of Karen Knorr by  Danziger Gallery at an art fair several years ago. Fusing images of animals and architecture lends a mystical sense to her creations. In the fantastical works, it appears as if she has captured the unpredictability of the exotic animals against the decorative architectural backdrops. Her large scale works reveal her mastery of composition and ability to juxtapose the colors and patterns of the animals against the colors and patterns of the Indian palaces. Her process is outlined in the excerpt from Danziger Gallery below.

Enjoy the sneak peek of these works that will be on view at Jackson Fine Art in Atlanta from October 6 through December 23rd. 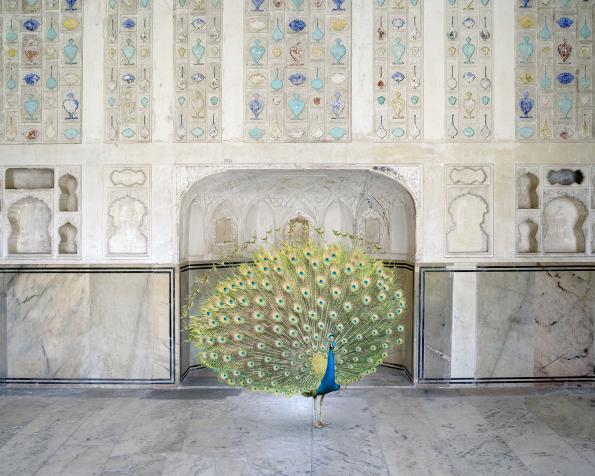 Karen Knorr was born in Frankfurt am Main, Germany and was raised in San Juan, Puerto Rico in the 1960s. She finished her education in Paris and London. Karen has taught, exhibited and lectured internationally, including at Tate Britain, Tate Modern, The University of Westminster, Goldsmiths, Harvard and The Art Institute of Chicago. She studied at the University of Westminster in the mid-1970s, exhibiting photography that addressed debates in cultural studies and film theory concerning the ‘politics of representation’ practices which emerged during the late 1970s qnd early 1980s. She is currently Professor of Photography at the University for the Creative Arts in Farnham, Surrey. 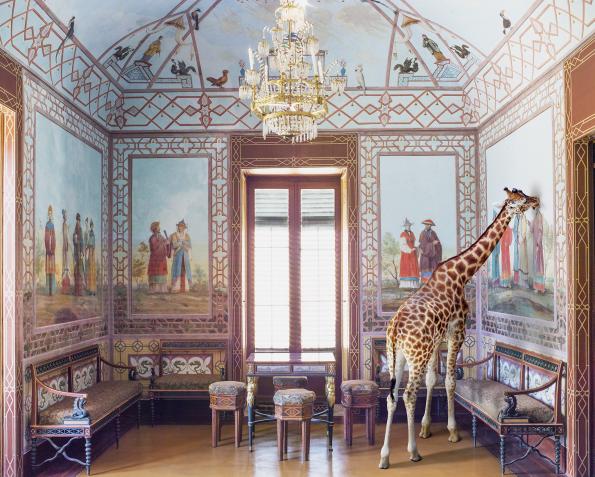 From the 1980’s onwards, Knorr’s work has been increasingly engaged with examining issues of power that underlie cultural heritage. This is the principal theme of her work but one that lies subtly under the visual richness and inventiveness of her images. Knorr’s photographs satisfy many of the requisites of traditional photography which address the surface appearance of a species or place, but then move to a paradoxical space where they begin to question the overt assumptions of the picture’s content. 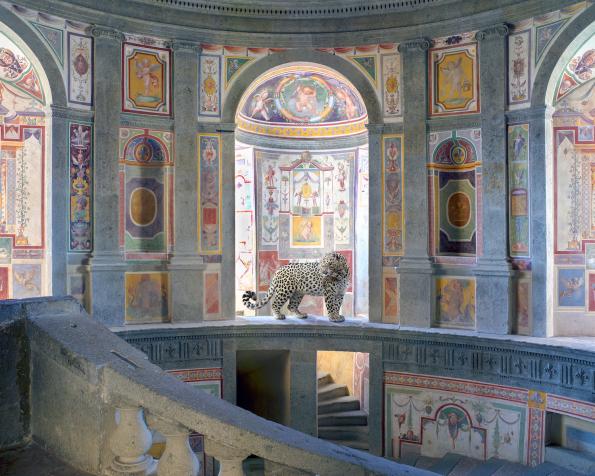 In “India Song”, her most recent work, Knorr’s photographs engage two formal constants – first the insertion by digital means of the animal subject(s) within the consistently frontal interior photograph and secondly the pose or action expressed. Each finished photograph is both a mystery and a fable – referencing both the vast tradition of picturing animals in art along with the western appreciation/appropriation of eastern culture and form. 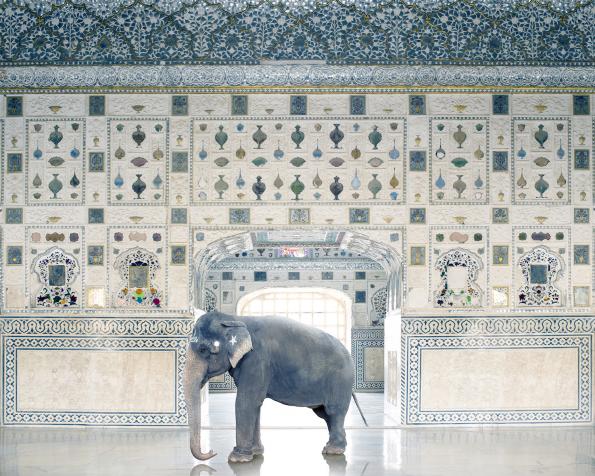 Like the pioneering early photographers who found in India a wealth of exotic subject matter, Knorr celebrates the visual richness found in the myths and stories of northern India using sacred and secular sites to highlight caste, femininity and its relationship with the animal world. She considers men’s space (mardana) and women’s space (zanana) in Mughal and Rajput architecture be it in palaces, mansions, or mausoleums. These interiors are meticulously photographed with a large format analogue camera. Knorr’s own photographs of live animals are then inserted into the diverse rooms and sites, fusing high resolution digital with analogue photography. The results create original and stunning images that reinvent the Panchatantra (an ancient Indian collection of animal fables) for the 21st century and further blur the boundaries between reality and illusion. 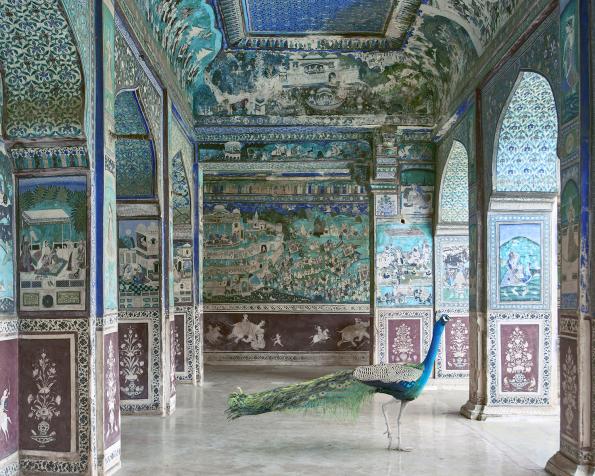 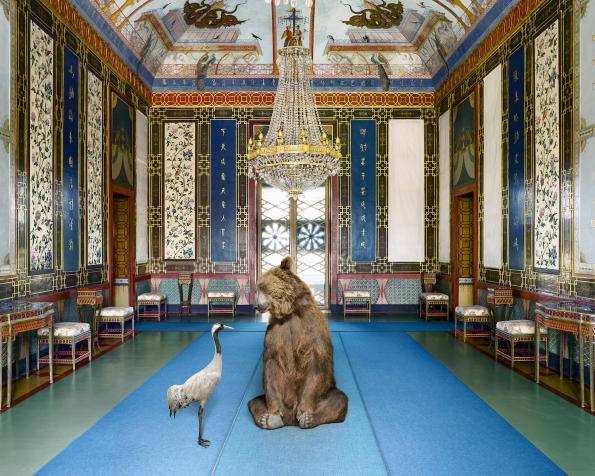 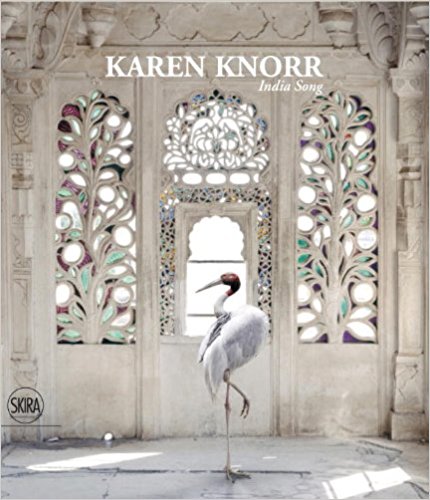