On March 9, 2014 - INSPIRATIONAL ICONS
“Dan’s work is like a piano sonata. One hand is architecture, the other decorating. Together, beautiful music is made.” – Norman Askins, architect 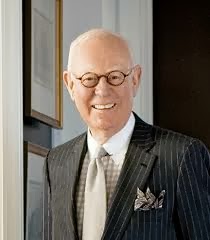 Last night, the Institute of Classical Architecture & Art honored legendary designer Dan Carithers at its annual Shutze awards dinner.  The event honors the achievements and contributions of those preserving and advancing the classical tradition. I began my design career interning for this extraordinarily talented man thanks to Heather Zarrett Dewberry, another uber talented designer working for Dan at the time. (Be sure to see Heather’s work featured in Traditional Home this month!)
Working in Dan’s office with such a talented group of creatives was very inspiring. Even when Dan was not in the office travelling to see clients or advising for Baker Furniture, his work ethic and standard of excellence permeated the atmosphere thanks to Judy Bentley, another brilliant designer and Dan’s trusted right hand.
I had no idea at the time how many doors this experience would open for me. I also had no idea how much I would learn in such a short amount of time…the nuances of neutrals (who knew there were so many variations of cream and taupe?!?), the importance of understated flowers and dressmaker details, blending high end antiques with more humble everyday objects, and the list goes on and on…

Congratulations Mr. Carithers on such a well deserved honor!!!

Celebrated designer Dan Carithers retired last fall. And while the shuttered doors of his firm’s headquarters in the tony enclave at 2300 Peachtree Road is a physical reminder that one of the country’s leading design talents has handed the baton to a new generation of talent that he helped nurture, the closure is symbolic of the sea change taking place within the design community at large; the type of personal decorating that Carithers defined over a 50-year career is the last of an era.
The boy who grew up in small town Jefferson, Georgia, first gained notoriety as the design director for home furnishings at Rich’s Department Store. Along with the job came international travel, which allowed Carithers to expose generations of Atlantans to the latest home fashions and antiques from London and Paris and beyond. Decorated room vignettes, much like a room in any home, were changed twice a year at the downtown location and were events in themselves as shoppers flocked to see the latest trends.
After launching his own firm, Carithers also established a long-time consulting position with Baker Furniture, and created an eponymous high-end upholstery line with Sherrill Furniture that’s still in production.
As much as decorating was his first and foremost job, Carithers also served as a pseudo-educator to his clients. As their families (and, often, wealth) grew, Carithers was at the ready to take them to the next level appropriate to their lifestyles—whether that was starting from scratch with a new house design, adding an art collection or aiding in the purchase of a fine antique or two.
His matter-of-fact demeanor with clients seems simplistic in its approach, but in the age of super-star designers and architects looking to make their own statements at the risk of unsatisfied clients, Carithers never waned in his client-first approach.
“The first thing I always asked a client was ‘what do you want,’” says Carithers during a recent interview. “And when some clients said they didn’t want clutter, I’d ask them to define the word. After all, some rooms deserve clutter.” The timeless, elegant rooms (and galas and yachts) that Carithers created for clients across the world captured the keen eyes of editors of design magazines such asVeranda, House Beautiful, Traditional Home and Southern Accents. In 2003, Carithers was named one of House Beautiful’s “Giants of Design”—the highest honor bestowed by the magazine; it’s only been given to a handful of honorees during its 100-year history.
“We were fortunate to feature Dan’s work many times over Southern Accents’ 32 years,” says author and journalist Karen Carroll, the magazine’s former Editor in Chief. “One of my first assignments as a very junior—and very green—editor was to produce a story on Dan and Nancy’s wedding reception. It was an intimate luncheon at the home of a friend and all the tables were decorated with Dan’s signature beige-and-white striped linen cloths, casual garden flowers and objects that had special significance for the couple. It perfectly summed up Dan’s approach to decorating and living a beautiful life: to always surround yourself with the people and the things that have meaning. The day remains a favorite memory for me.
“Years and many houses photographed later, I recall another designer begging me to move one of her projects from a particular issue, as she knew Dan was also to be included and she feared she would have no shot at being on the cover. She was right.”
“The first time my mother mentioned Dan to me, I was pregnant with my first child. My husband and I had started building our dream home and I soon realized I could not do it alone. Ten years and four children later, Dan was there for all the milestones: moving into our ‘grown up’ house, planning the nurseries that would gradually become ‘big boy’ or ‘big girl’ rooms, the huge stuffed moose he gave my son for Christmas, the delicate china plates that hang in my baby daughter’s room he found for her, teaching me fabulous ways to entertain, suggesting the perfect place for the Christmas tree, and on and on. Creating this wonderful nest for our family is one of the greatest gifts one could give. Dan did it and does it with such ease, grace and humor. Every single room in our home has happy memories of Dan. He even expressed the importance of a good-looking garage! ‘After all, it is the way you come in every day and should be beautiful!’ he said. I am honored to have worked with him for so many years and during such pivotal times in our lives. He is ingrained into our house, our family and my heart forever.” —Melissa Allen, client 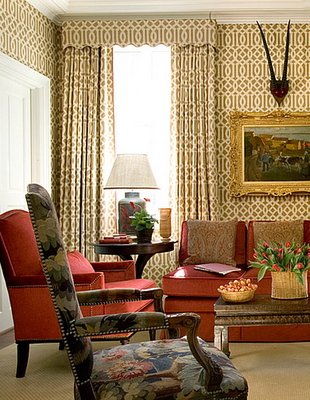 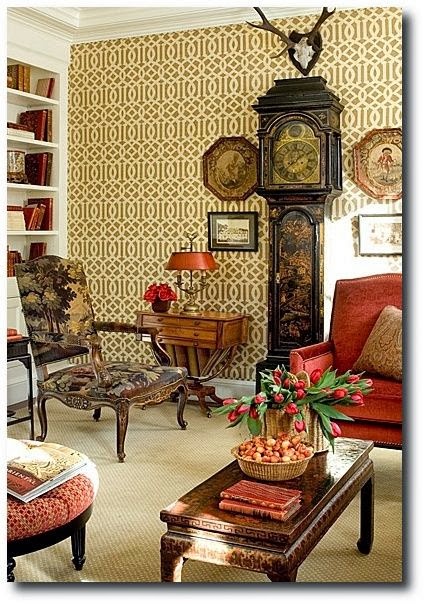 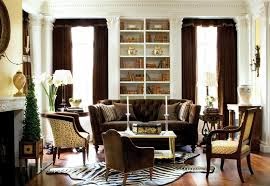