A WEEKEND IN THE ENGLISH COUNTRYSIDE AT WOLTERTON PARK 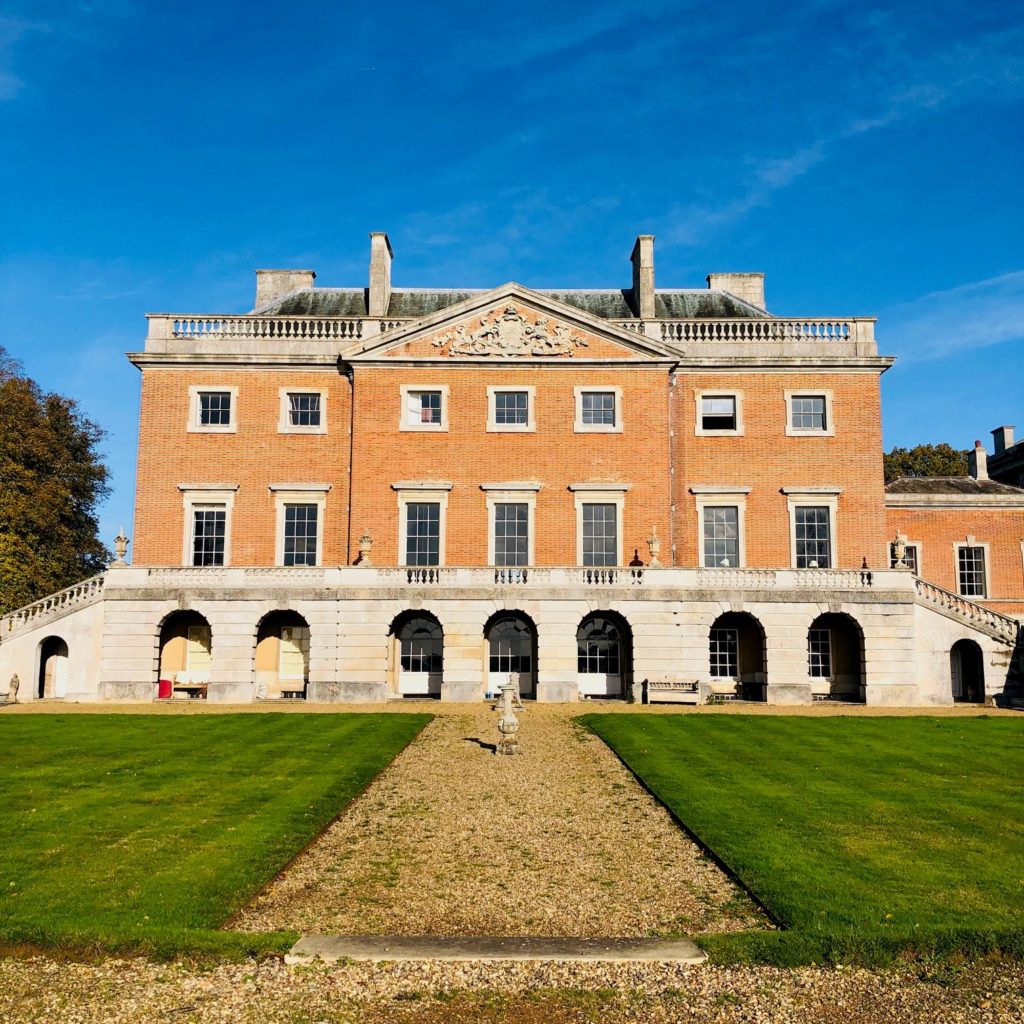 Last weekend, I stayed at the enchanting Wolterton Hall with a group of design friends following the Design Leadership Summit in London.  After jam packed days of learning and inspiration following in the footsteps of the great British architects and designers of centuries past, the retreat to the countryside was pure heaven. Our home for the weekend was the charming Garden Cottage on the grounds of Wolterton Park. Under the expert care of Peter Sheppard and Keith Day, the 18th century Palladian villa is lovingly being restored and brought back to life. We received a behind the scenes look at what it takes to restore such a significant property while enjoying the spaces in the main hall, east wing, and cottages that are already complete. Peter and Keith have an incredible master plan for the estate that includes creating more guest cottages, restoring the walled garden and adding a pool, equestrian facilities, additional dining faclities, and possibly a spa which our house party encouraged.

The beautiful estate has been featured in the World of Interiors and landed on House and Garden UK’s list as one of the best places to stay in England. Peter and Keith along with Laura Foster and Chris Patten took excellent care of us entertaining us with their hospitality beyond measure. Their precious pugs, Coco and Trump (after William Hogarth’s pug) captured our hearts and even let us take them out for their daily strolls. Our days consisted of shooting parties, country house hopping, antiquing along the coast, gin tastings, and long dinners by the fire hearing fabulous tales from our hosts. 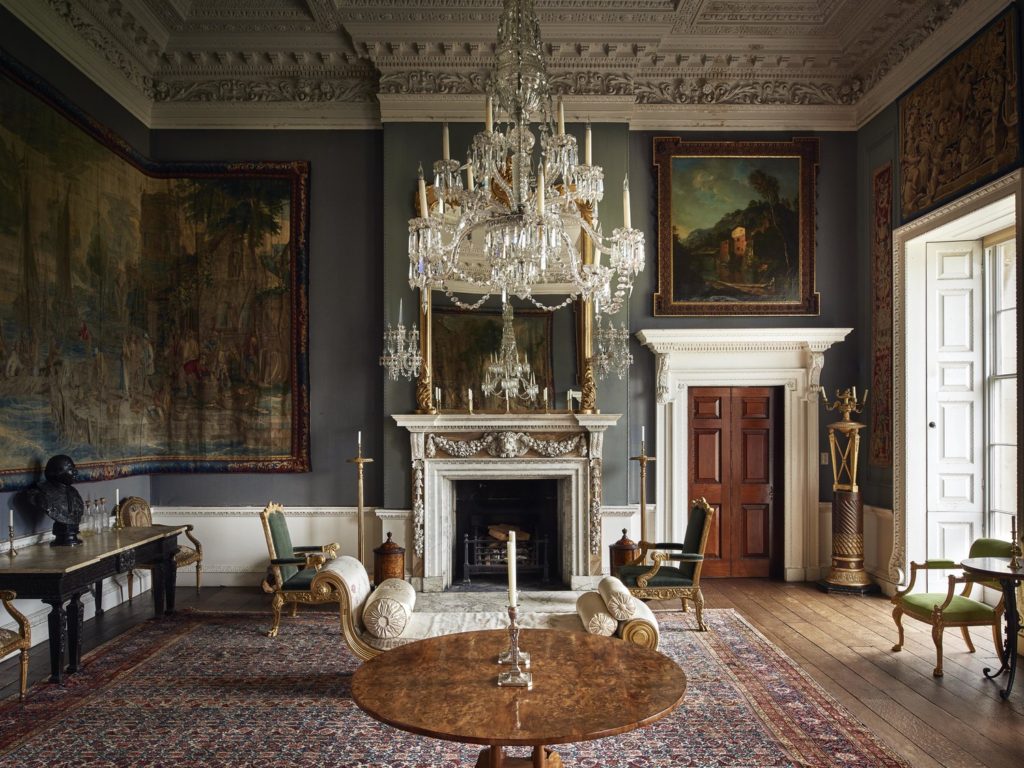 The hall stands in great position facing south overlooking the park designed by Charles Bridgeman in the 18th century with its 10 acre lake and set in 500 acres of fields and woodland. Designed by Thomas Ripley, Wolterton Hall is inspired by Andrea Palladio, the classical architect from Vicenza. Its plan – which has all the rooms set around two staircases – is lit overhead by roof lights and the parade of rooms around the house are typically Palladian as is the enormous arched window in the Venetian Room. The State rooms all have original marble fireplaces carved by Richard Fisher of York as well as intricately moulded cornices and ceilings. The American walnut for all the doors was a gift from Queen Caroline to Horatio. The floors are mostly original oak boards or stone. 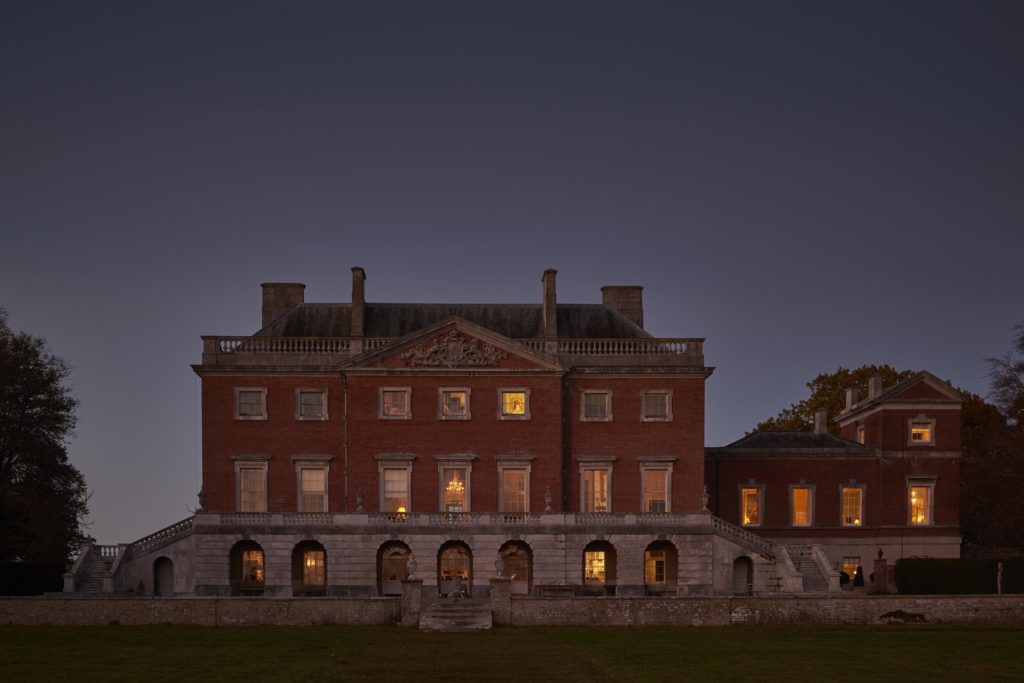 Wolterton Hall was built by Horatio Walpole, brother of Sir Robert, our first Prime Minister. Inspired by Palladio, Thomas Ripley the architect produced an exceptional house of great originality and style. As Britain’s first Prime Minister, Sir Robert seems to have had unlimited access to funds and his brother Horatioo seems to have done rather well in building Wolterton Hall which is more modest in scale though still a very substantial stately home. 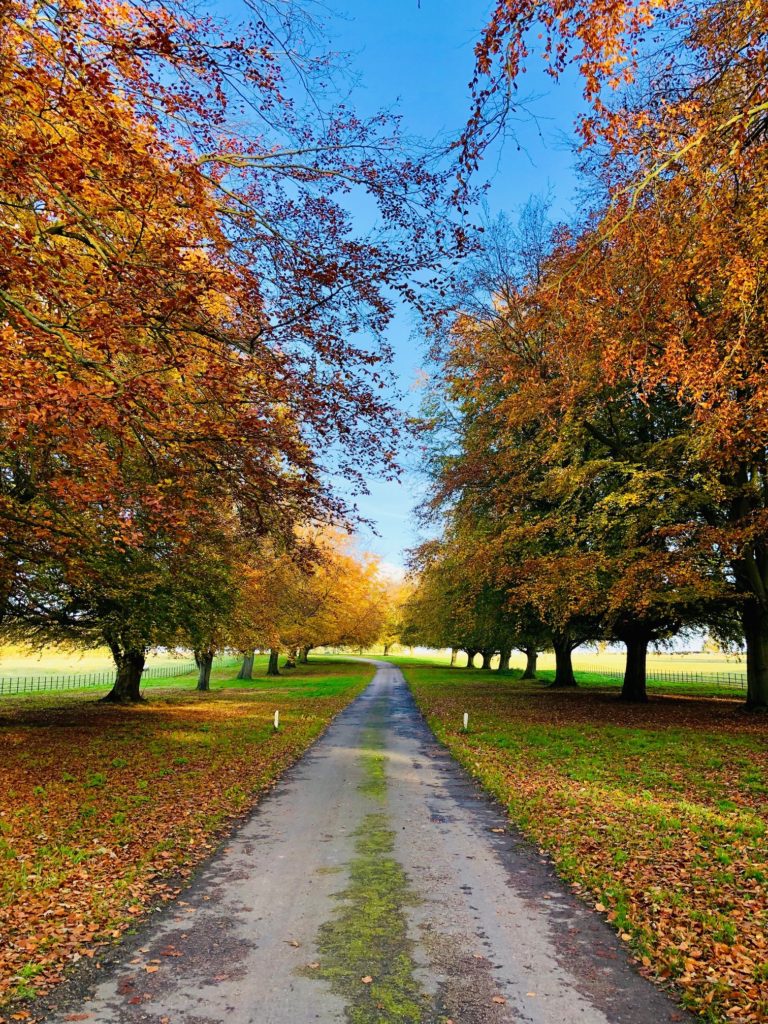 The Walpoles had been established in north Norfolk as landed gentry from the 14th century. Horatio decided to purchase Wolterton to build himself a grand house. Horatio bought an existing house at Wolterton but after the work had begun, it burnt down. His architect, Thomas Ripley, was already working on Houghton Hall, persuaded him to start again with a house inspired by Andrea Palladio, who had revived the classical buildings of Ancient Greece. Work began in earnest in 1727 and the hall was completed in 1742. Having been ambassador in Paris and the Hague and a member of Parliament and an active government minister, Horatio built a strong relationship with Cardinal Fleury, Louis XIV’s foreign minister, which resulted in a peaceful relationship with France, on which Britain’s prosperity was built. Cardinal Fleury gave Horatio the fine tapestries which still adorn the state rooms at Wolterton. 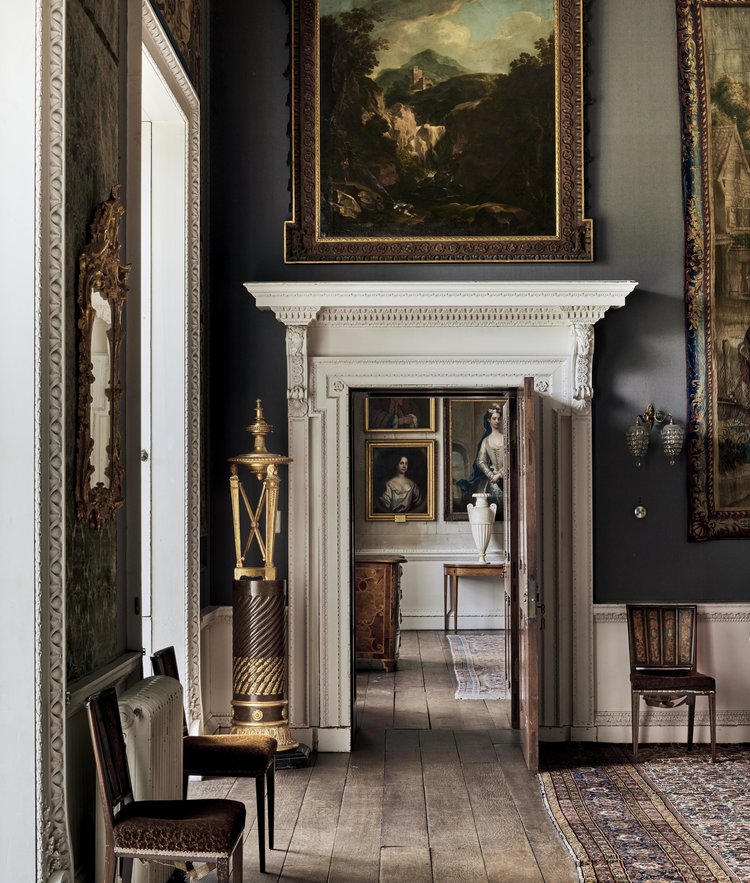 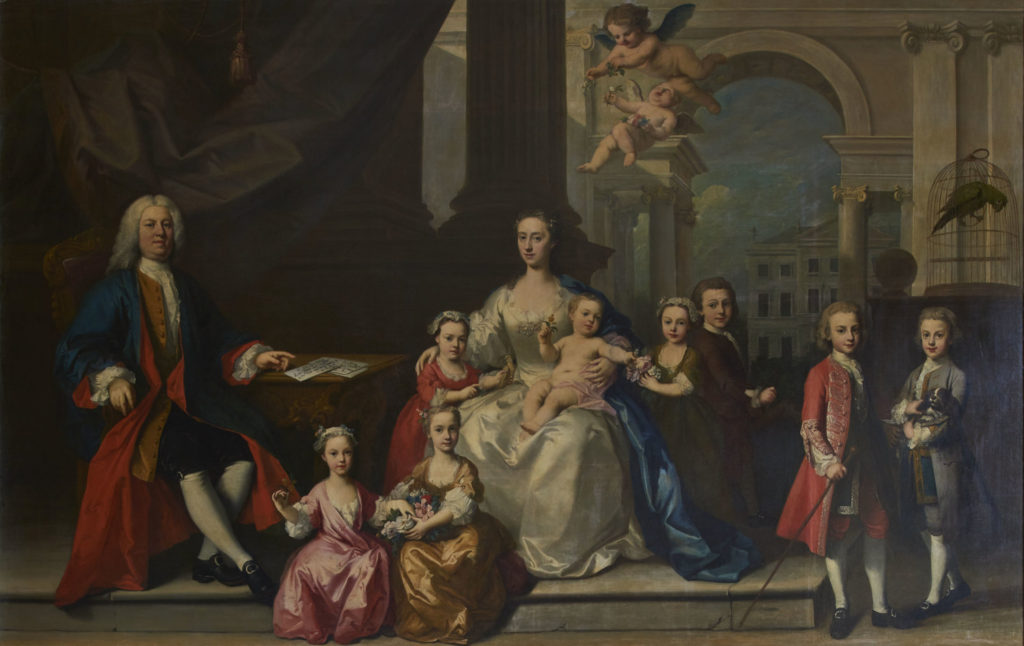 The family portrait by Jacopo Amiconi was cut into seven pieces as, being so huge: a full nine feet wide, it wouldn’t fit into any other Walpole house. Now restored, it’s impossible to see the joins. It features Horatio and his wife Mary Magdalen with their eight children. The stillborn infants are represented by cherubs.

Wolterton is one of the four ‘Power Houses’ of North Norfolk. Robert Walpole, Prime Minister was at Houghton Hall, Thomas Coke, Postmaster General at Holkham Hall and Charles Townshend, Secretary of State for the Northern Department at East Raynham Hall while Horatio Walpole, Foreign Secretary lived at Wolterton Hall.” His nephew, Horace Walpole the great writer, stylist and aesthete of the 18th century who built Strawberry Hill, admired Wolterton. 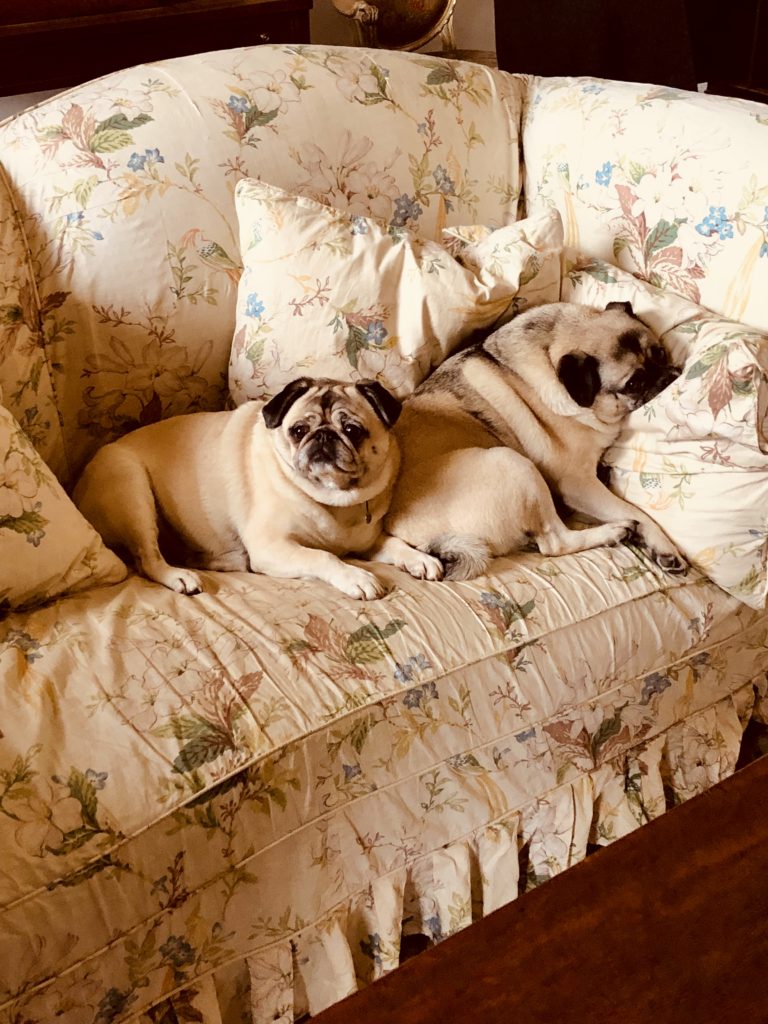 Coco and Trump reside over the estate. 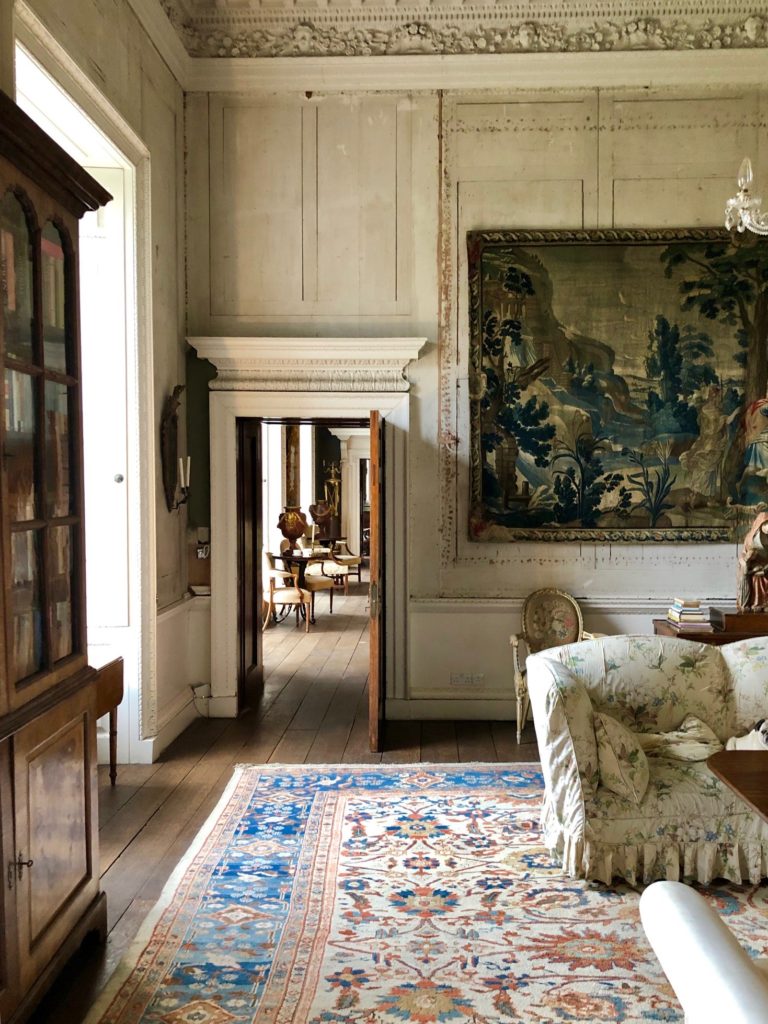 Boudoir: The guest room for the Royal or distinguished guest is hung with 17th century Antwerp tapestries on original uncovered panelling with mediaeval painted statues

At the beginning of the nineteenth century the Palladian steps which ascended to the Marble Hall were replaced by a porte corchere. In 1828 George Repton, son of Humphrey Repton the great landscape designer, built on the East Wing and added the Portland stone steps and balcony to the south facade.

The Walpoles had become Earls of Orford and continued to live at Wolterton until the mid-nineteenth century when they moved to Mannington Hall, three miles away. The house was reoccupied in the early 20th century by the 5th Earl, but having no male heir, left the estate to a distant relative who became the 7th Baron Walpole, the father of the current Lord Walpole. 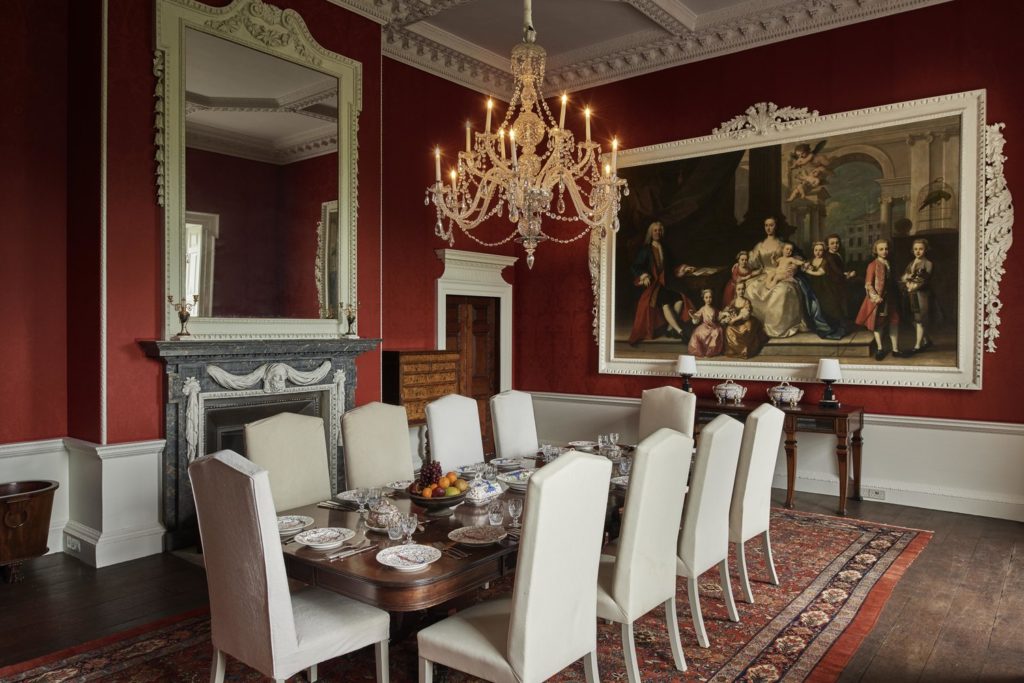 Dining Room: Recently hung with scarlet wool damask using the same fabric as used at Strawberry Hill in the restoration of Horace Walpole’s house. Georgian crystal chandelier. Regency dining table which seats 12. The Family portrait of Horatio and his family by Amiconi fills the entire west wall. Other walls have royal portraits given by the King. 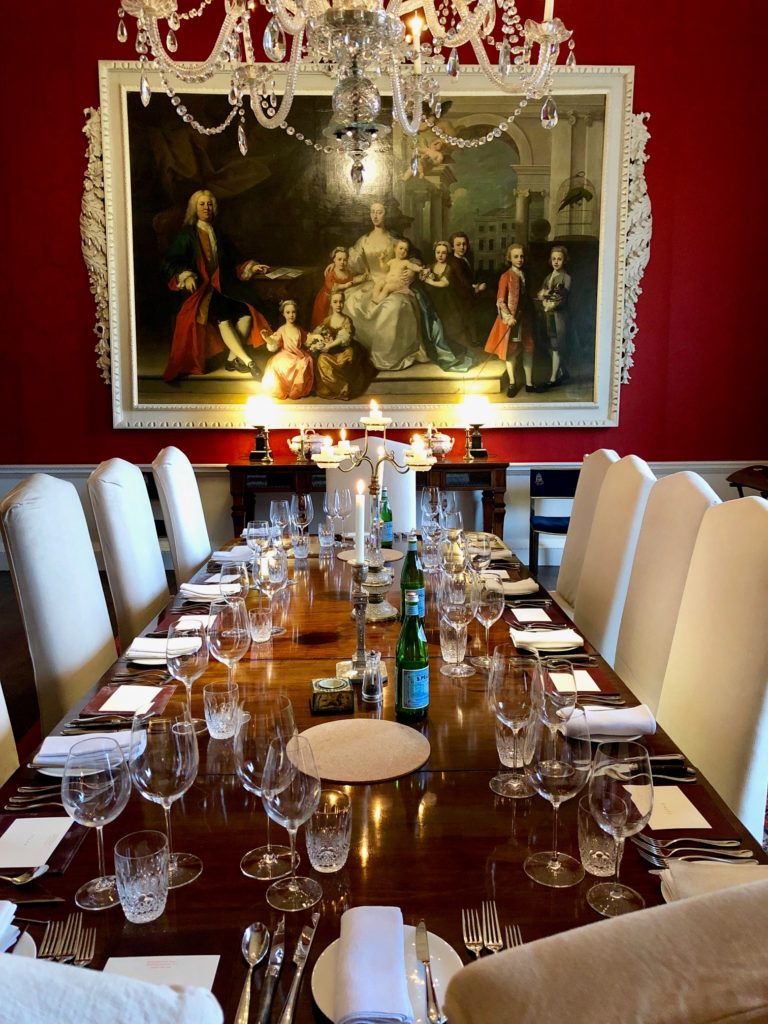 In 1952, a fire started on the third floor of the Hall gutting the whole attic floor. The water which put out the fire also did grave damage, encouraging dry rot in many of the timbers. The benefit, however, was that the second floor and the roof were completely restored and useable by 1954.

Robert Walpole the 6th Baron Walpole had lived at Wolterton but his son, the current Lord Walpole, and his wife continued to live at Mannington Hall and Wolterton was unoccupied until Peter Sheppard and Keith Day bought the estate in 2016. Since then, many of the estate buildings have been restored and the park rejuvenated. 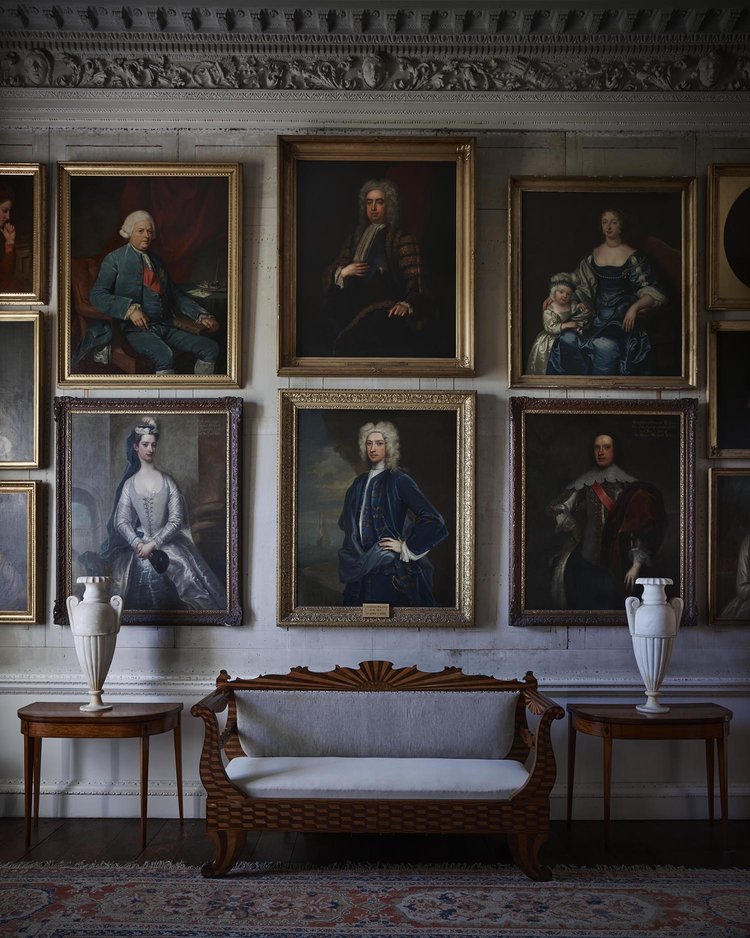 The Portrait Room: Portraits of generations of Walpoles line the panelled room including several by important 18th century artists. 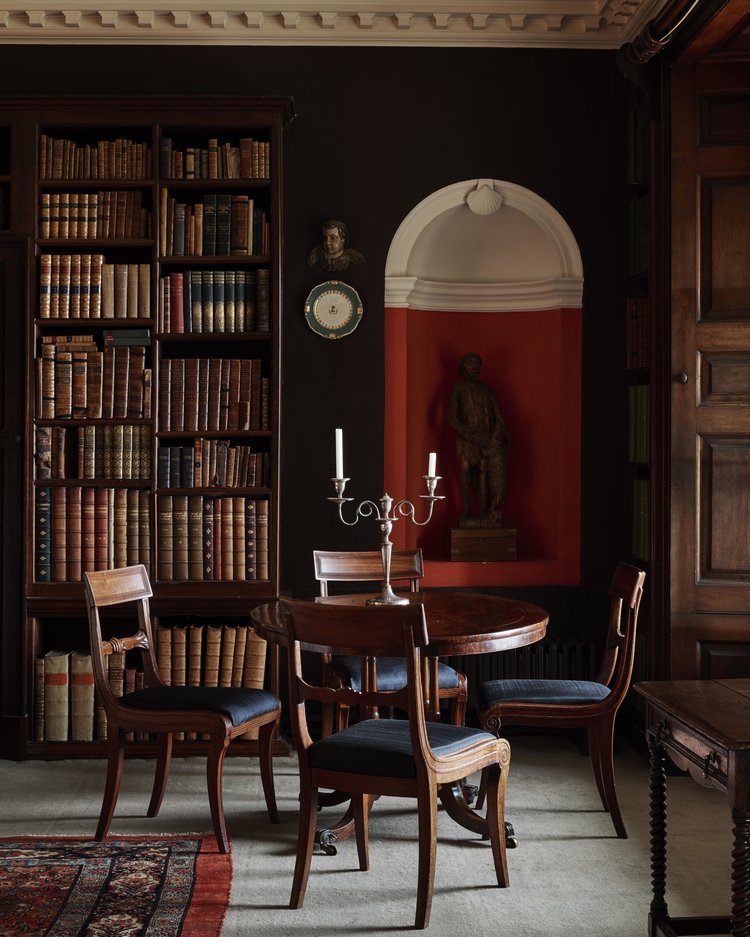 Library: The original Walpole Library are housed in a mahogany library which leads out to the garden through the 3 sets of sash windows. Also used as a dining room, there are tables and chairs to seat 30 or more people. 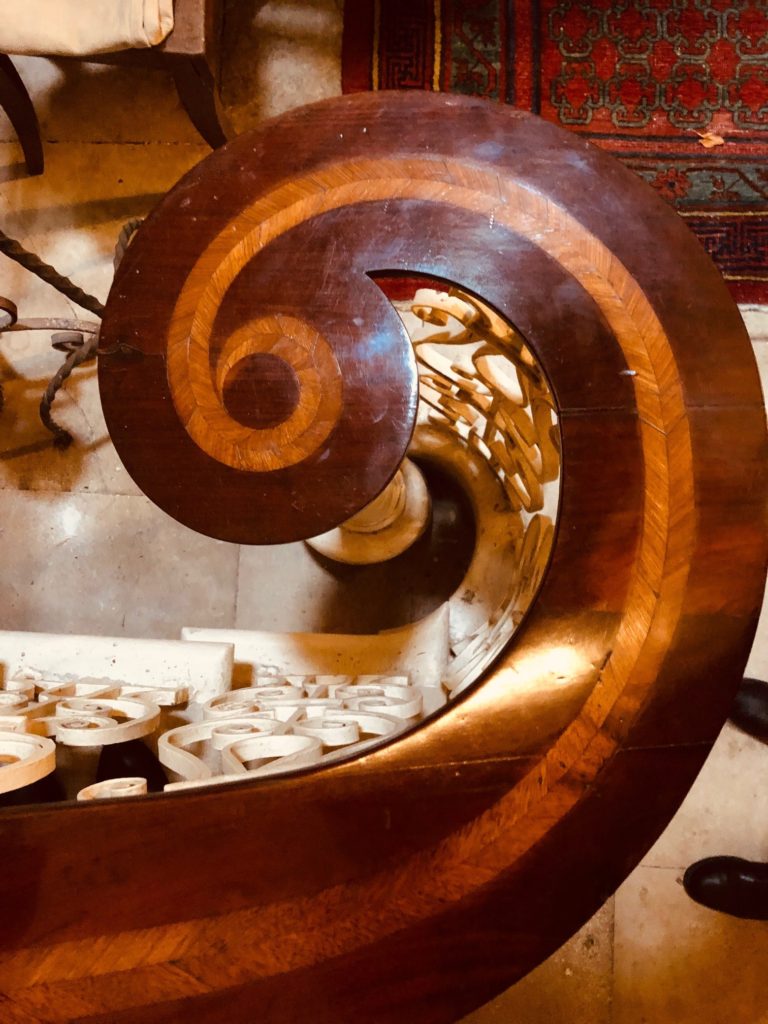 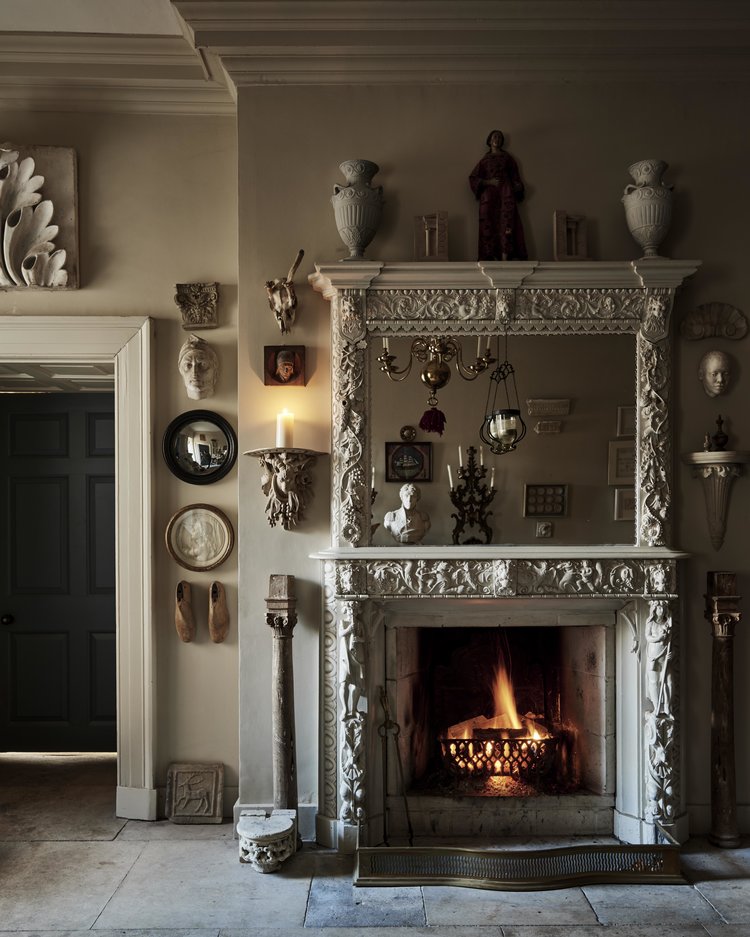 East Hall: Leads out to the Coach house. Designed and decorated in the style of Sir John Soane with a full size 17th century Aubusson tapestry featuring turkeys. Wolterton is the home of the Norfolk Black turkey imported from the USA in the 18th century by Horatio. 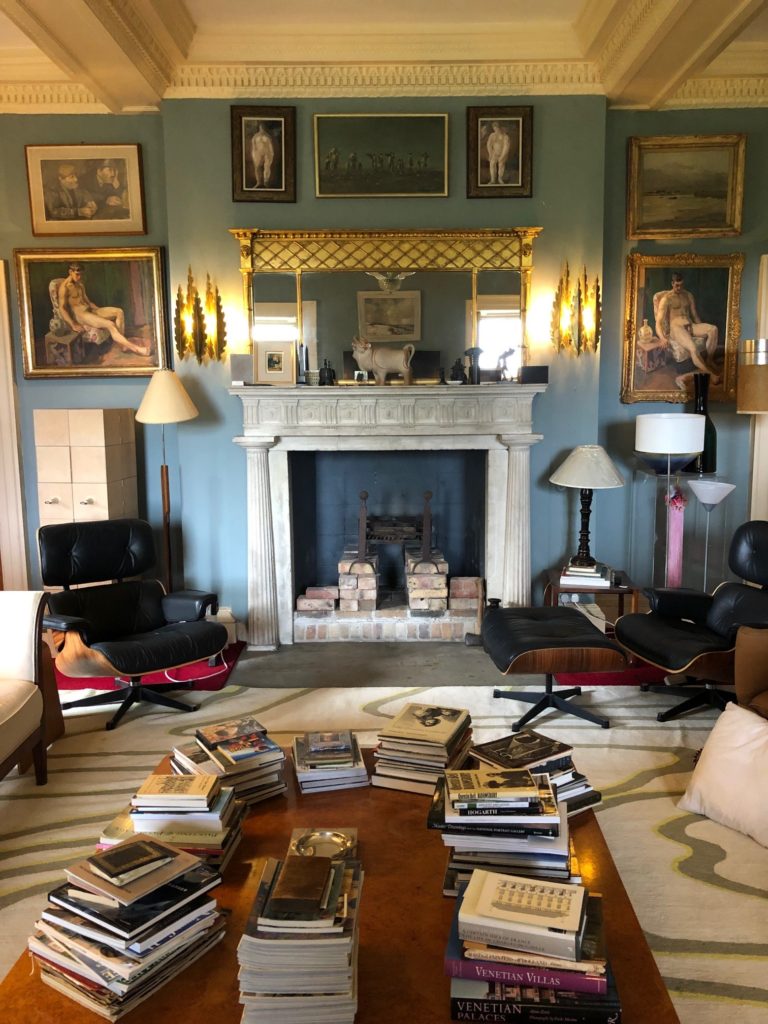 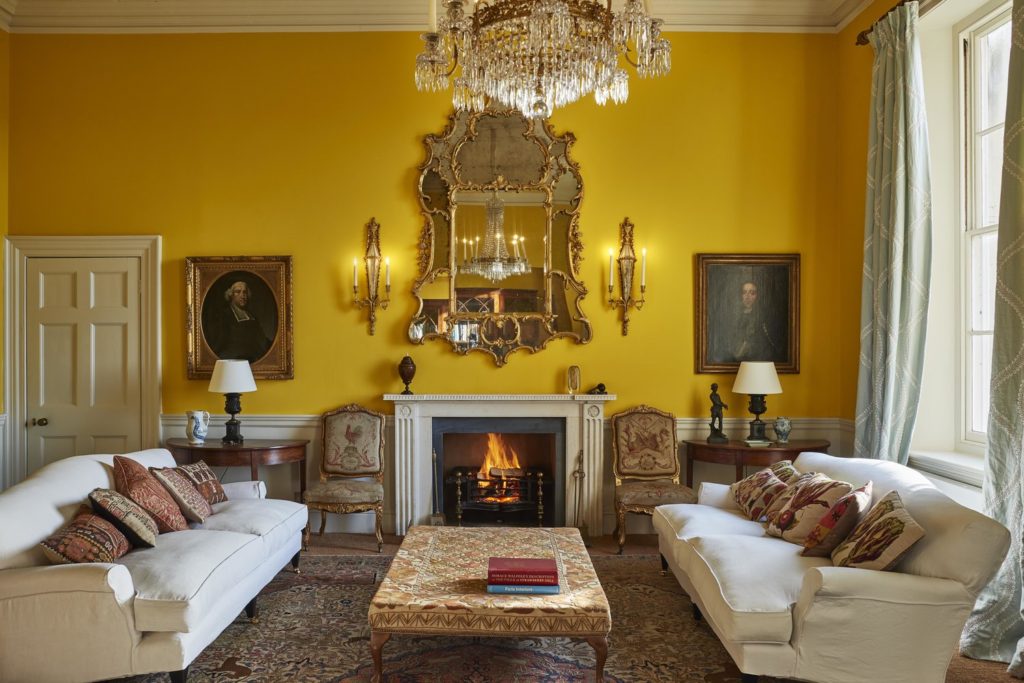 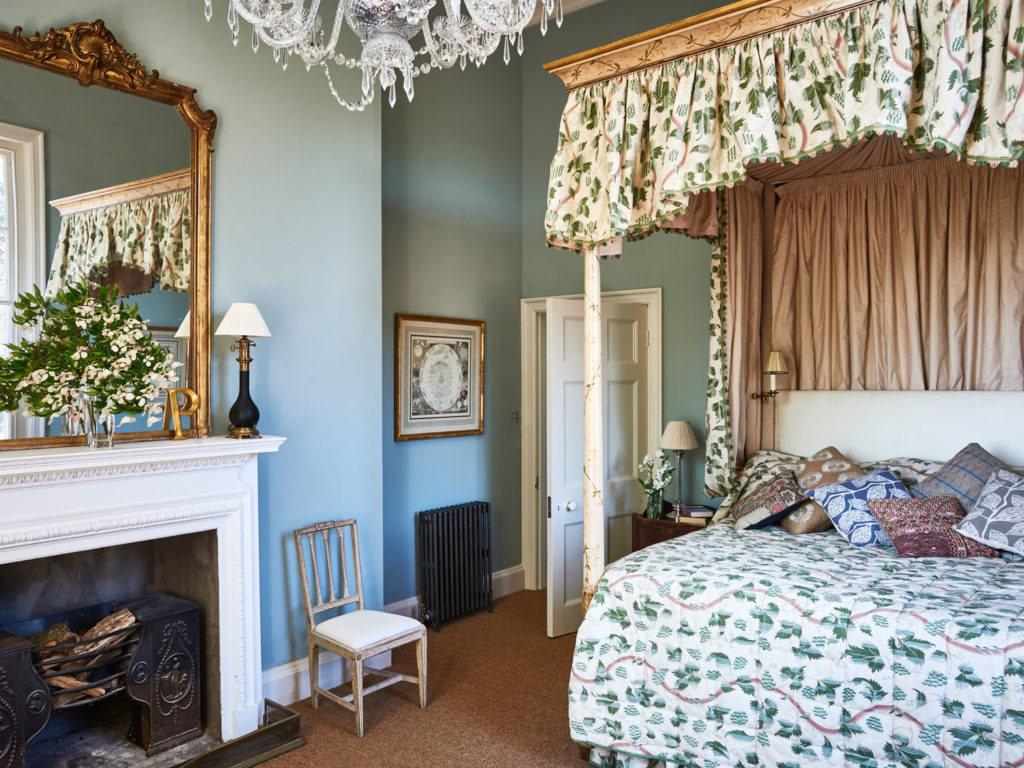 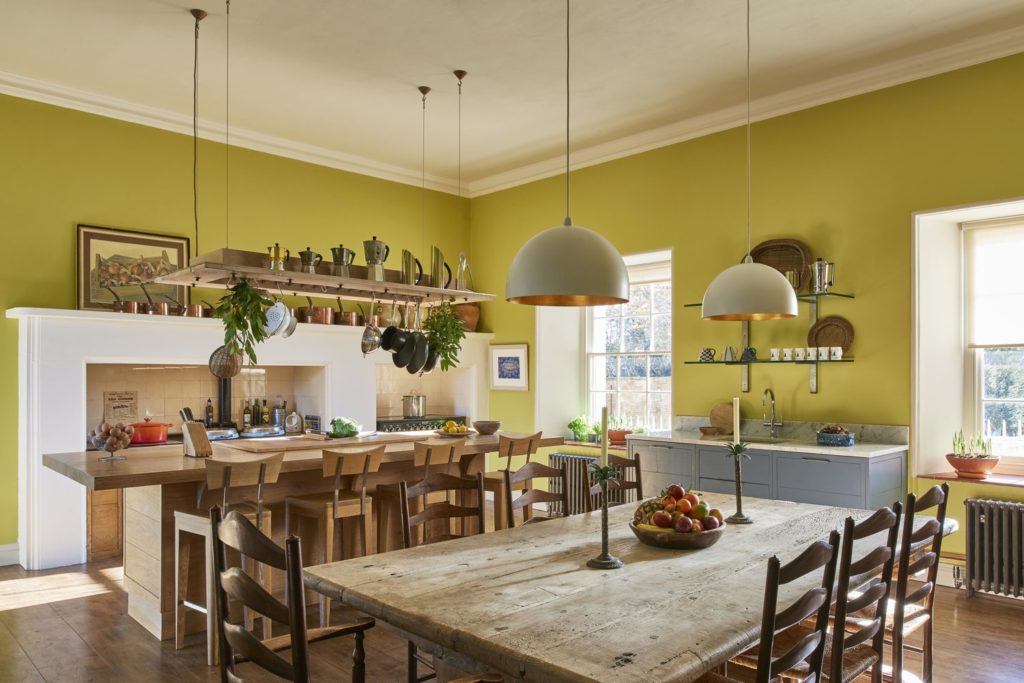 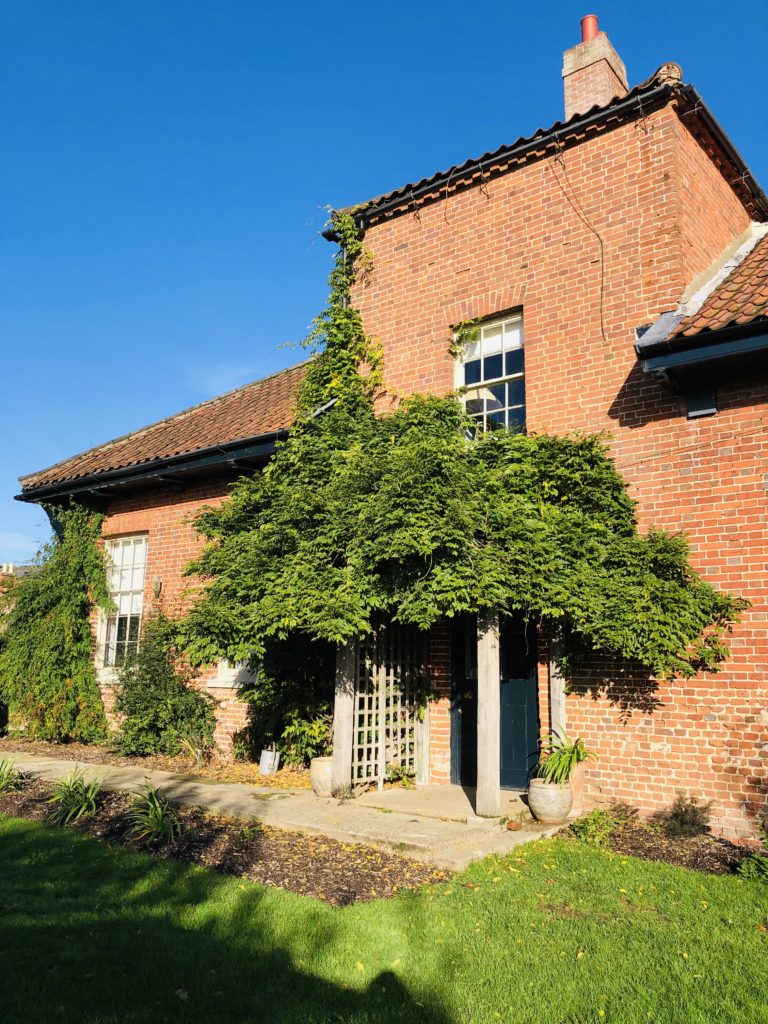 THE GARDEN HOUSE A fine independent house designed by Thomas Ripley, listed grade II*, the Garden House is thought to have been the Head Gardener’s or Steward’s house. It has its own walled garden with views over the main walled garden from its huge south facing windows. 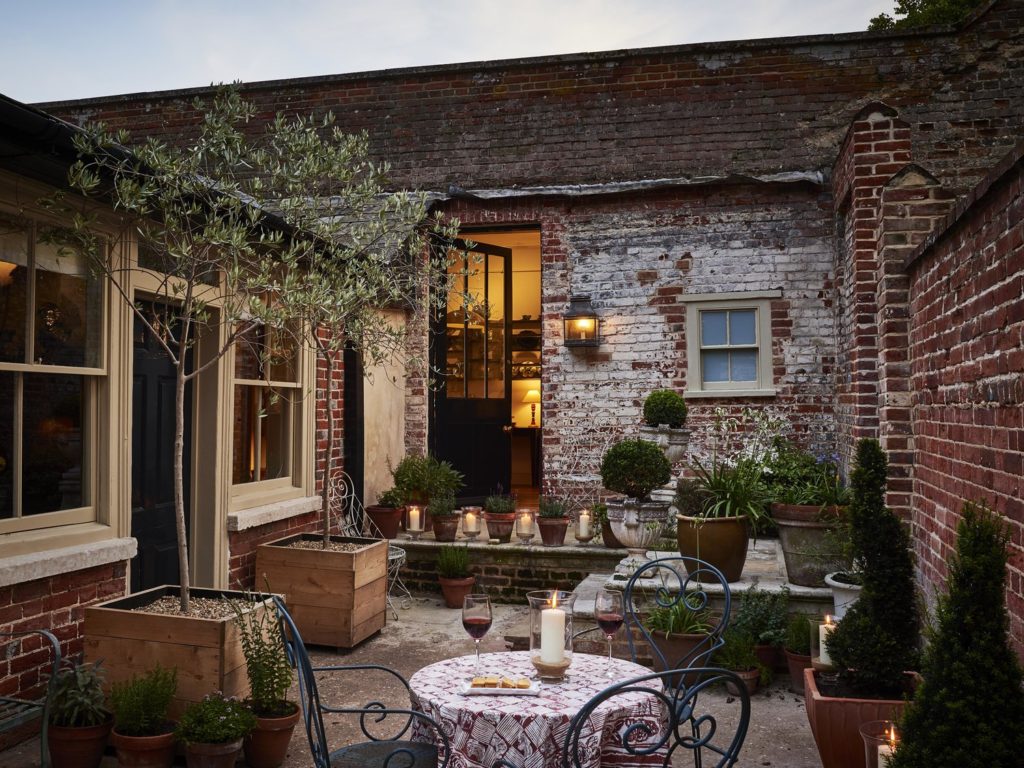 THE TREASURY The Treasury was historically the building in which the money was kept and where Lord Walpole and his butler kept the accounts and cash. It was designed by Thomas Ripley and forms the south side of the entrance lodges and is also listed grade II*. On the ground floor, it has 4 rooms and large south facing private garden with views over the horse-pond. 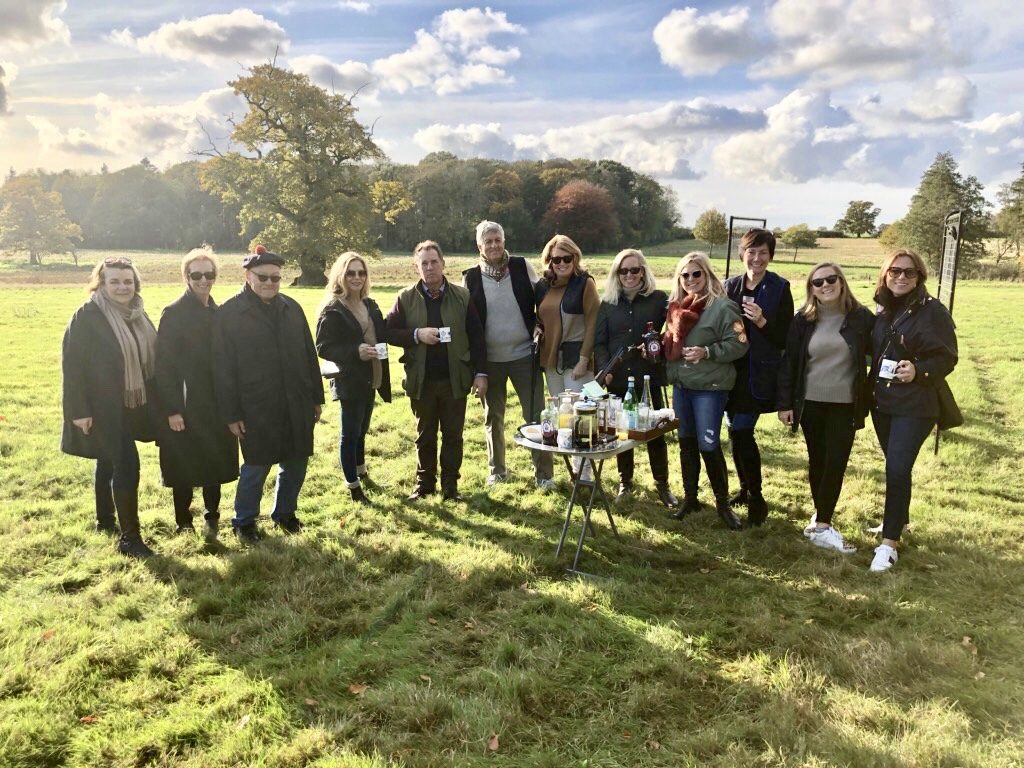 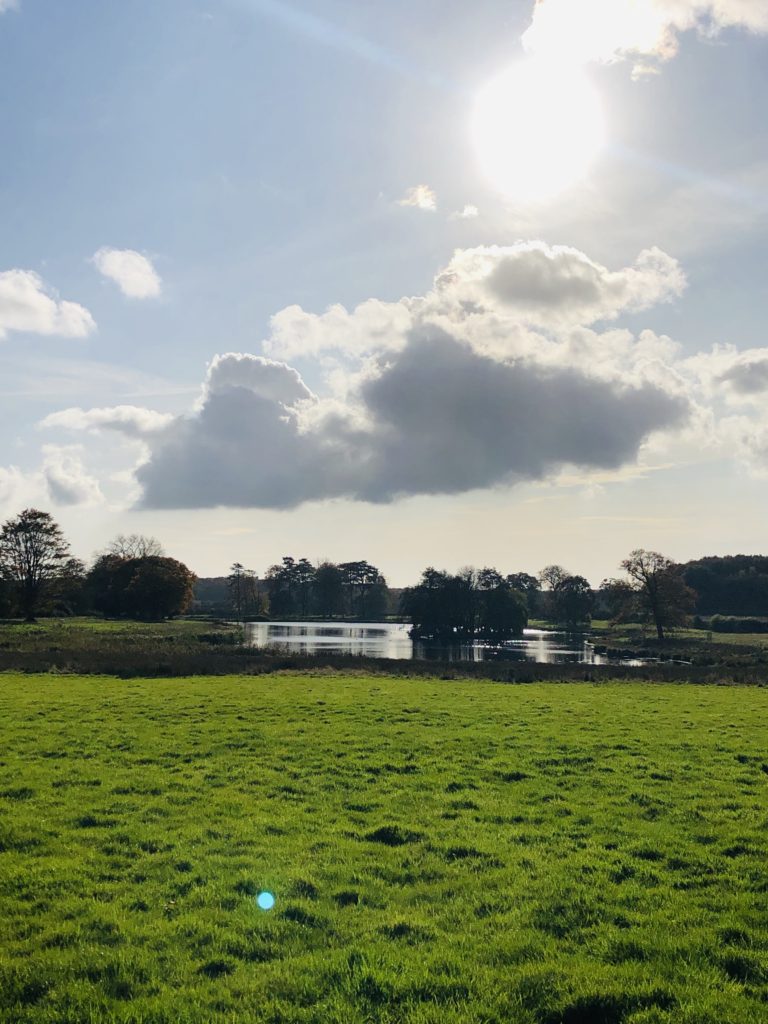 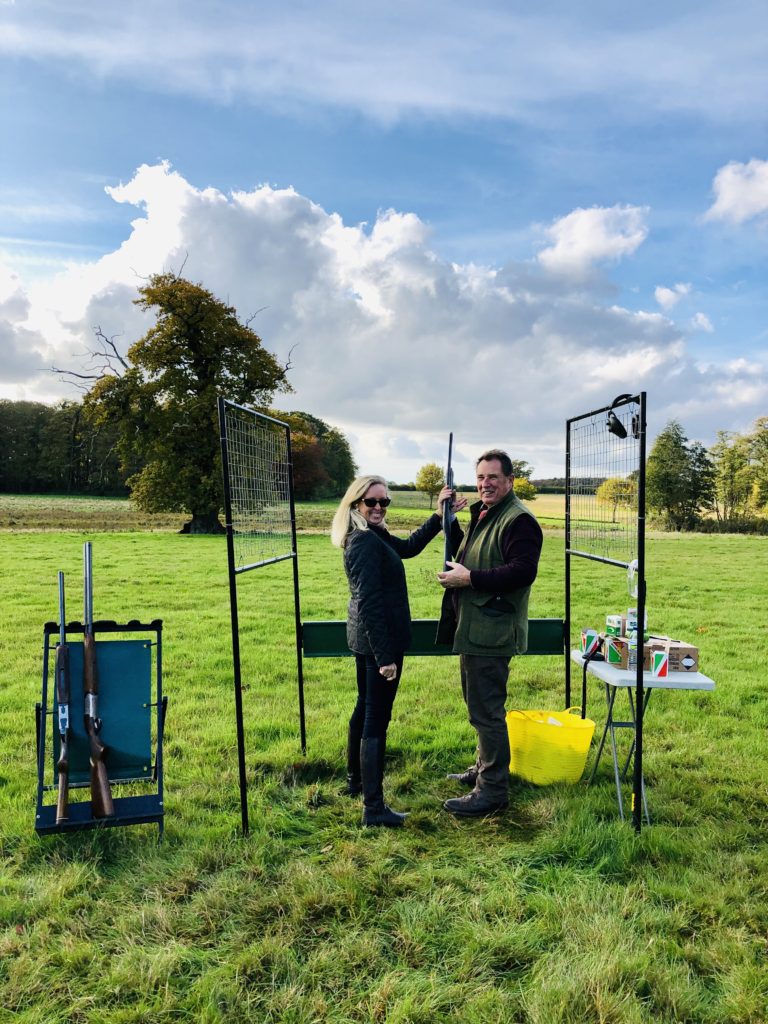 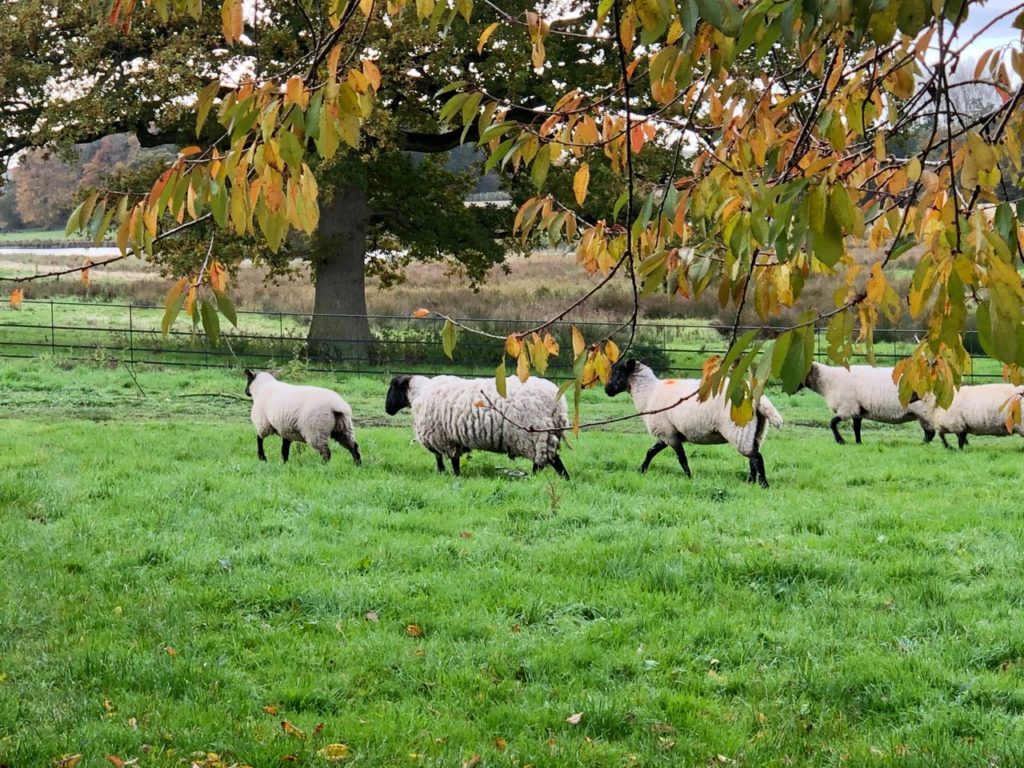 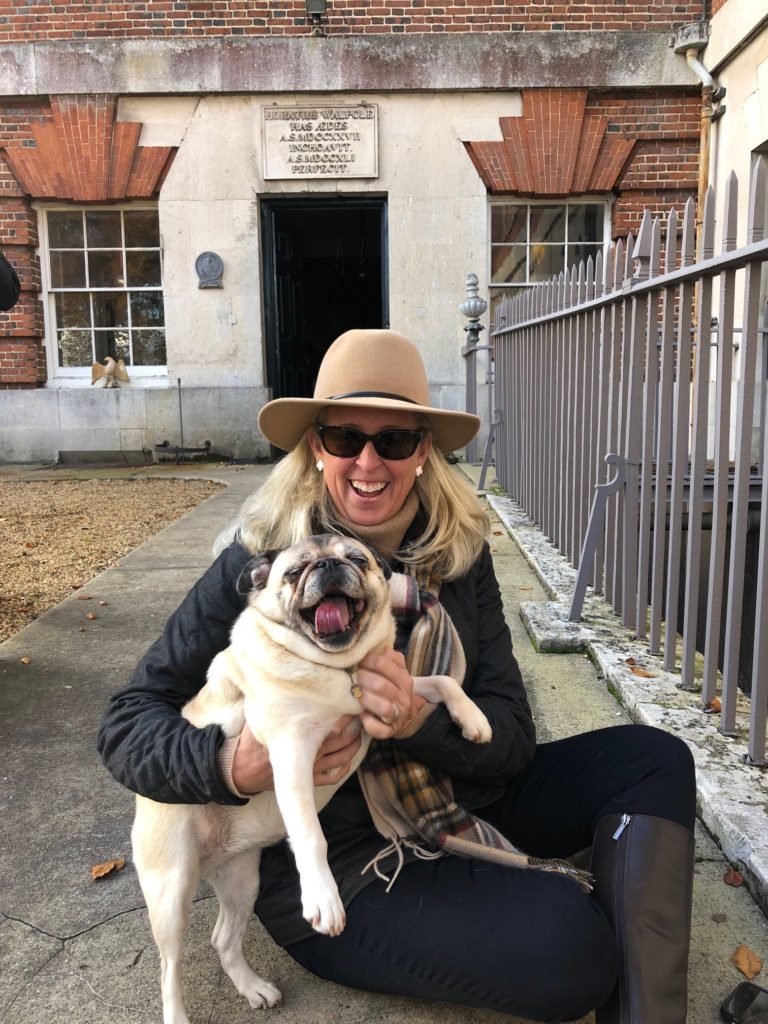 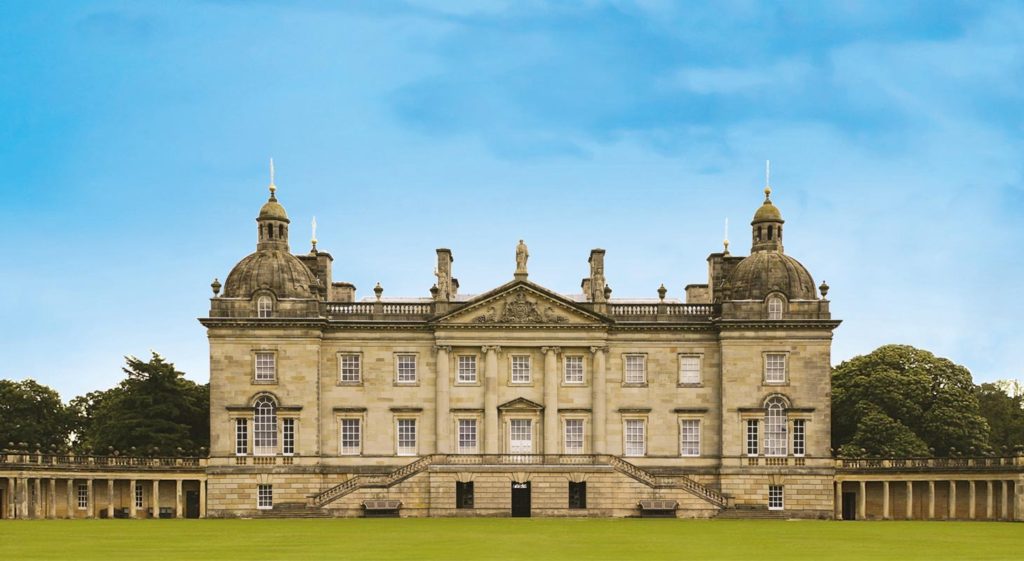 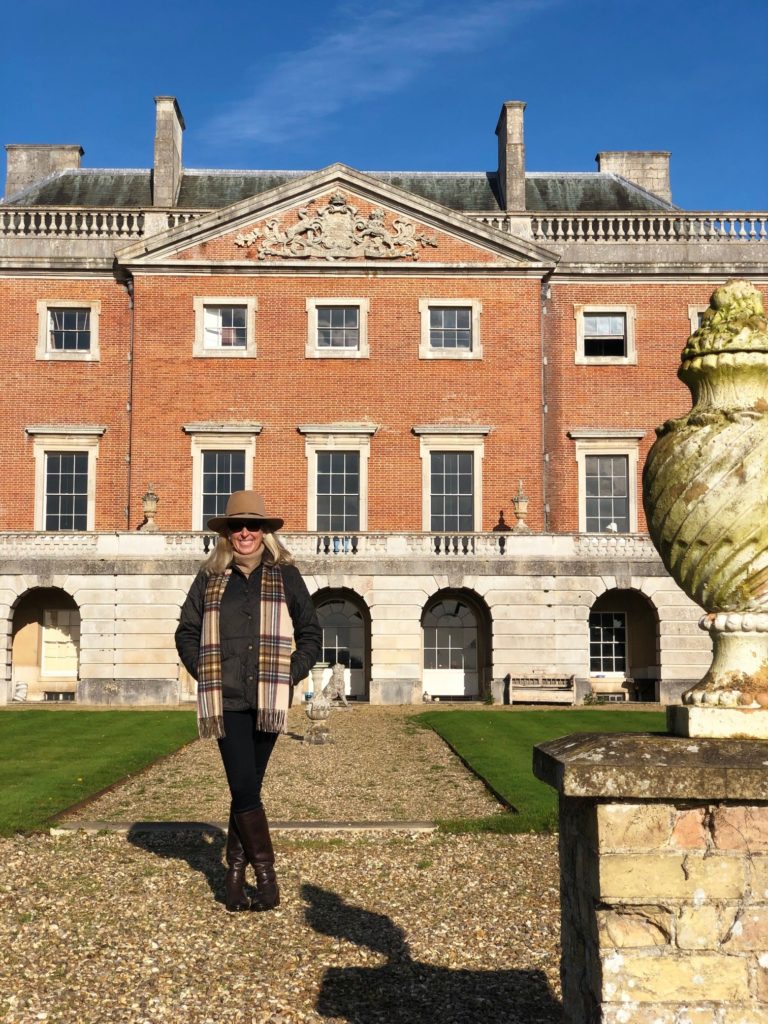 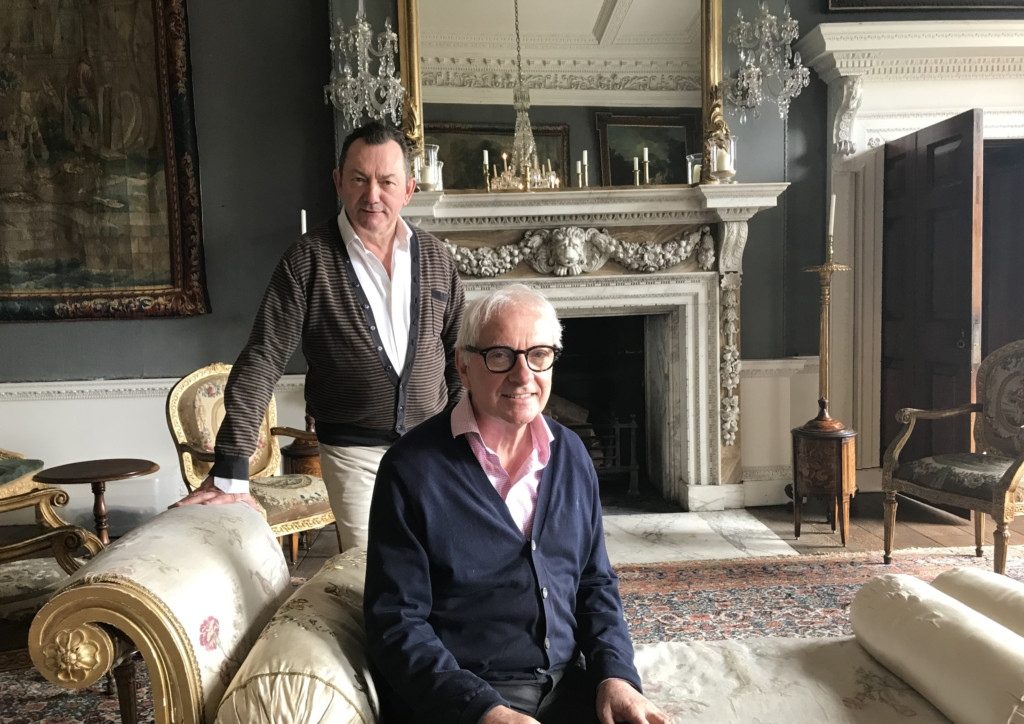 Thank you to Peter, Keith, Laura, and Chris for making us us feel so at home and to Becky Birdwell and Sydney Gemes for planning such a wonderful adventure!