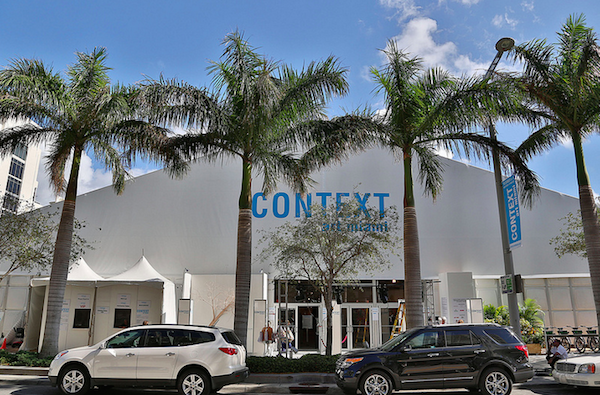 Another favorite Charlotte gallery showing this year at CONTEXT Art Miami is LaCa Projects. Founded in March 2013, the gallery was the first platform in the Southeast dedicated solely to the presentation, development, and promotion of Latin American contemporary art and culture in the United States. The gallery represents a small group of influential emerging and mid-career artists, as well as exhibiting a broader range of works by established and Master artists.

Through its exhibitions, which are rotated every eight to ten weeks, LaCa Projects presents and shares works that broadly exemplify Latin America’s significant, ongoing, and worldwide influence in contemporary art, and offers an engaging, artistic environment for cross-cultural dialogue and education. This effort is particularly important for the region in which LaCa operates, a rapidly-growing and recognized area for the arts and for Latinos.

LaCa also has a steadily-growing international residency program, which provides a housing facility and 3 large-scale individual studios for artists to work on both solo and collective projects in an interdisciplinary environment. The studios are designed to allow artists to create and share new works with the broader community, as well as offer conceptual art projects that may be used for general gallery exhibitions, programs, and art fairs.

CONTEXT Art Miami, along with the 27th edition of Art Miami, commences on November 29, 2016, with the highly anticipated Opening Night VIP Preview. The 2015 preview attracted 14,500 collectors, curators, artists, connoisseurs and designers, and the fair hosted a total of 82,500 attendees over a six-day period. This immediately reinforced the CONTEXT Art Miami fair as a proven destination and serious marketplace for top collectors to acquire important works from the leading international galleries representing emerging and mid-career cutting-edge works of art. 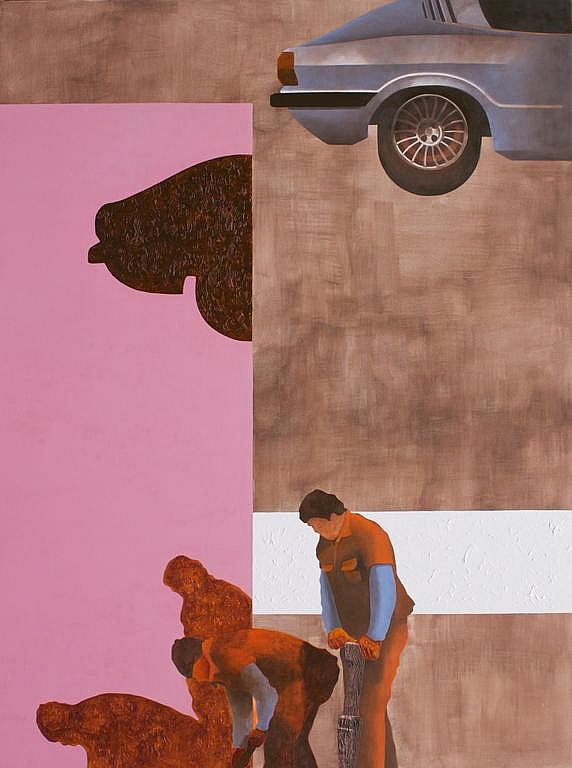 In 2005, Argentina native Juan Dolhare became the first-ever graduate of the National University of the Arts (UNA) in Buenos Aires, formerly known as the highly-recognized Escuela Nacional de Bellas Artes. His work features a distinctive approach to composition, color, and juxtaposition, and often presents powerful symbols of social, political, and religious themes. He began more broadly exhibiting his work in 2007, and has participated in numerous collective and solo shows in Argentina and the United States. In early 2015, Dolhare was invited by Rodrigo Alonso, one of Latin America’s most influential curators, to have a Solo Show at the prestigious Centro Cultural Recoleta in Buenos Aires. He has also received numerous awards and accolades for his work, which can be found in public and private collections in Argentina and the United States. 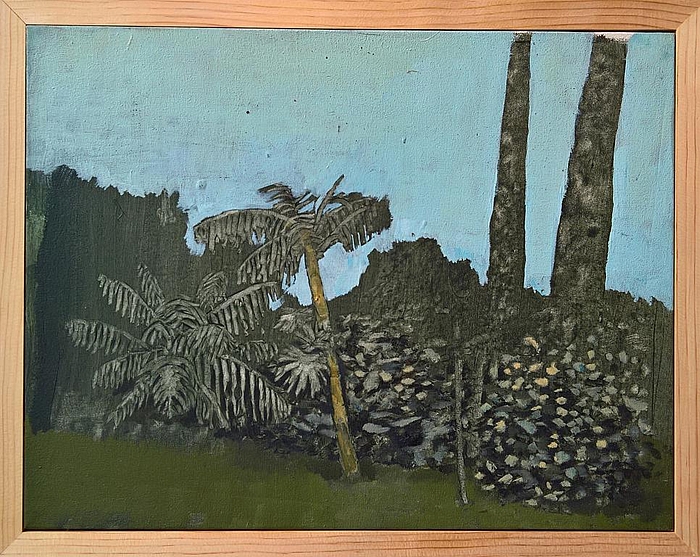 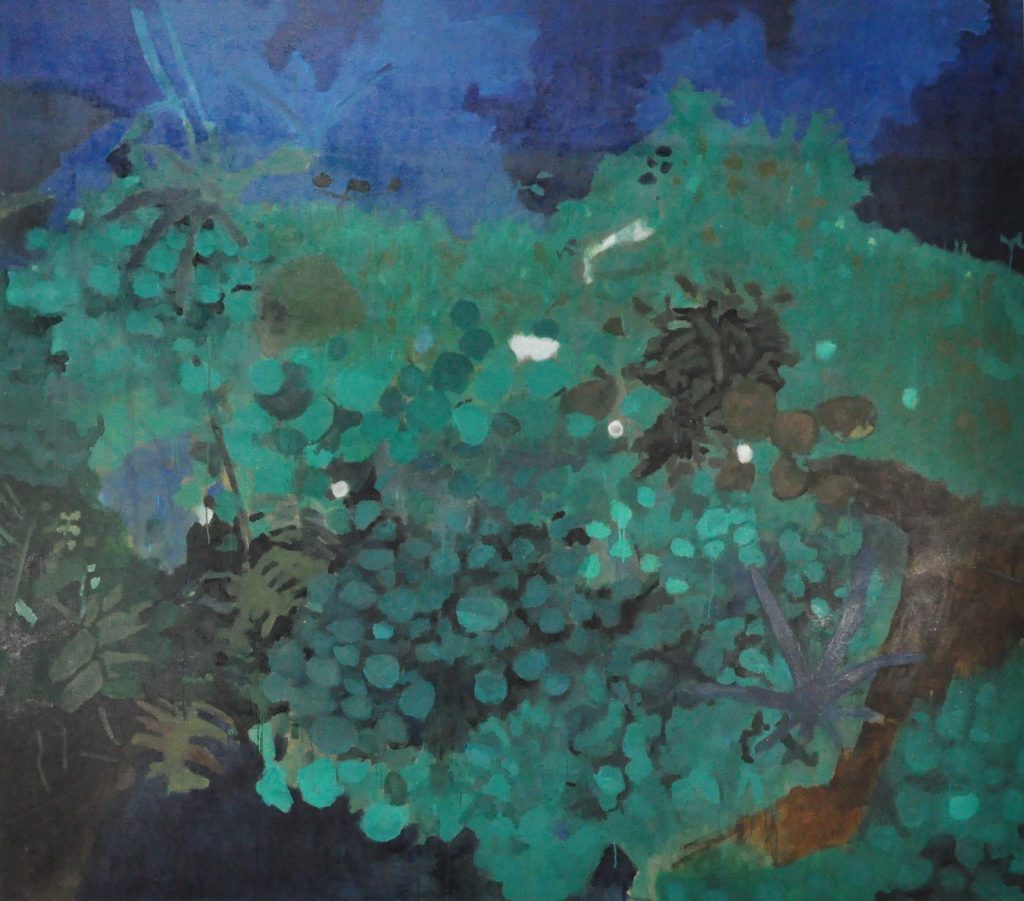 Santiago Quesnel is an Argentinian artist living and working in Buenos Aires. Though he began his collegiate career in the film sector, Quesnel soon switched to painting, studying alongside Jorge Dermigian and Héctor Destefanis and participating in work clinics with Tomas Espina and Fabián Burgos. When his studies were complete, Quesnel initially pursued a career in investment banking, soon realizing that his talent and passion were greater than the material success the profession afforded him. For this reason, he returned to painting and now, an emerging artist in a city with a growing art scene, boasts more than ten group and four solo exhibitions. His work can be found in private collections across five different countries, and his active participation in critic seminars and children’s art instruction is further evidence of his commitment to art’s function in society. Quesnel primarily paints landscapes, attempting to capture nature’s ethereality and occasionally traces of human presence. He utilizes the method of pictorial research to do so and yet the result lacks specificity—both the misty scenes and residues of human existence contribute to the portrayal of an imaginary self that pertains to humanity collectively. 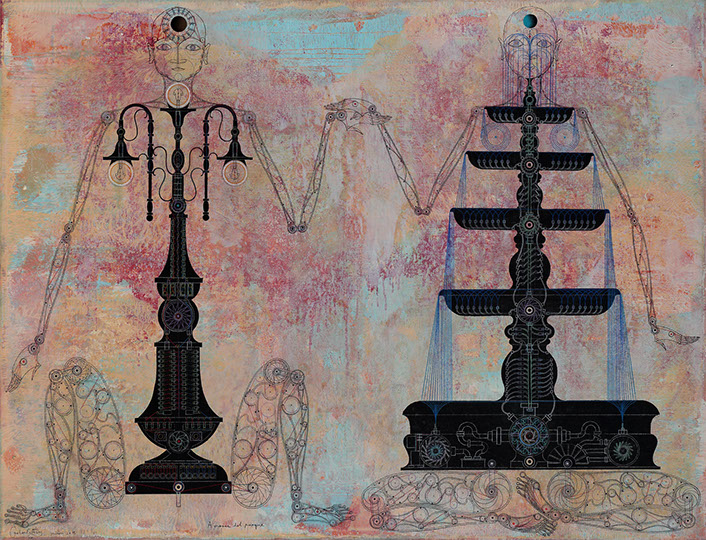 Carlos Estévez was born in Havana, Cuba and currently lives and works in Miami. His education began at the Escuela Elemental de Artes Plásticas, continued at the San Alejandro Academy of Fine Arts, and was completed at the Instituto Superior de Arte in Havana in 1992, where he received his Bachelor of Fine Arts. His work in painting, drawing, sculpture and installations have received international praise, notably the Grand Prize in the First Salon of Contemporary Cuban Art in 1995. He has been featured in numerous solo exhibitions at prestigious institutions such as the Fine Art Museum in Havana, Cuba, The Patricia and Phillip Frost Art Museum at Florida International University, and the Center of Contemporary Art in New Orleans, Louisiana. His works may also be found in public and private collections worldwide, including the National Museum of Fine Arts in Havana, The Ludwig Forum in Aachen, Germany, The Museum of Fine Art Boston, and the Perez Art Museum in Miami, Florida. Estévez’s work, which spans more than 30 years, explores the complex relationship between man and the universe, and reflects his lifelong passion for creating art with a philosophical profile. Estévez masterfully weaves themes of the human experience, history, culture, and anatomy, resulting in work that is both mythical and surrealist in nature. His recent installation, Bottles to the Sea, is an intricate, complex project exploring communication in the form of a message from the artist to an unknown person in an unpredictable place and time.